Iteris is a micro-cap company worth around $123 million.
Iteris installs sensors into the ground at intersections to track where cars are. And these sensors communicate with the traffic light to more effectively time the traffic light. 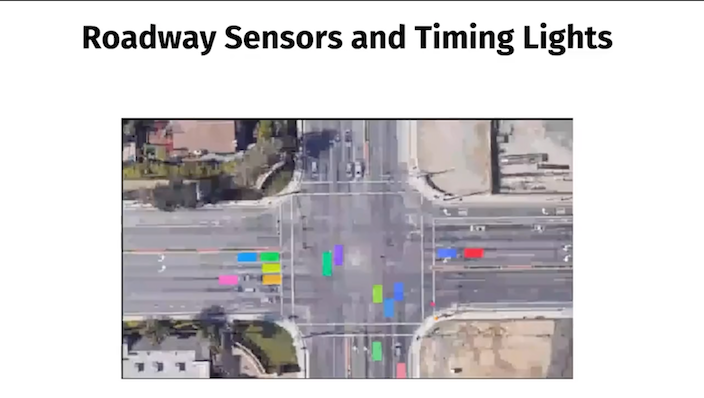 This is extremely important because traffic accidents cost over 30,000 US lives per year, and $1 trillion per year. And 50% of these accidents happen at intersections.
Also a ton of wasted fuel happens at these intersections, and by employing this technology, Iteris will be able to save people time and money and save oil.
Iteris is extremely effective. There's been multiple case studies done around their technology— At one intersection, they concluded that they prevented 15 to 25 close calls per day. And they reduced travel time by 13%.
Iteris has multiple competitive advantages. One of their biggest advantages is scale. Over one third of the intersections in the United States are signalized by Iteris.
Their market share is significantly higher than that, because not all intersections in the United States are signalized. Also timing the lights is a machine learning application, which means that when they have more data, they're able to have a more accurate model and better time the lights to save lives and save people money.
Also there's extensive government approval processes in messing with traffic lights. You have to be on the qualified products list and you also have to sign deals with local and municipal governments. And this is an extremely expensive process and Iteris has the relationships and the brand name.
There are also multiple signs that revenue is accelerating.
The Infrastructure And Jobs Act was recently passed, which is a $1.2 trillion act. Iteris happens to be on multiple boards that help distribute the funds. So they should probably get a lot of the funding.
Looking at some alternative data, 45 new jobs have been posted on LinkedIn in the last month and they only have 414 employees total. So this suggests that they have multiple projects in the works. They've also had multiple press releases announcing that they have won contracts last quarter. They had a record backlog in this quarter.
Looking at the revenue drivers—
They have two sides to their business:
1) The product side, which is installing the sensors into the ground,
2) The services side, which is in timing the lights.
On the services side, they're going through a transition into an annual recurring revenue type business.
So about half of the services, revenue is annual recurring revenue. They've had a decrease in gross margins in 2022 due to supply chain issues, but that should subside and their gross margins should improve from there on out.
And despite that, and including significant EBITDA multiple compression, their projected IRR is 28%.
$ITI
Have you ever heard of Iteris before?
17%Yes
82%No
39 VotesPoll ended on: 05/04/22

Steve Matt@interrobangbrosMay 3
ITI has been on my buy watchlist for months now. Just haven't been wowed enough yet to pull the trigger.

Young Money Capital@youngmoneycapitalMay 3
I had a lot of fun on The Market game! Thank you Nathan for putting it together!

StockOpine@stockopineMay 3
Interesting company. Thanks @youngmoneycapital and @nathanworden for sharing.
Any red flags that we should consider? From a quick look from yahoo finance it seems that they missed consensus EPS in the last 4Q.

Young Money Capital@youngmoneycapitalMay 3
@stockopine I don’t think there is any red flags. They had supply chain issues which they addressed on the call and should be fine going forward.