The September Idea Competition terms highlight two things. The trade idea must be:

Given the state of the global economy over the medium term (energy crisis, rising rates, Chinese real estate concerns… to name some issues!), I investigated situations that were dependent on an event occurring over the next year which would be a catalyst for a company, rather than a company with potential for rapid and organic growth.
One event that has dominated the world over the past year is the Russia-Ukraine conflict. The timeline on this war resolving itself has been very unclear, however the outlook has changed slightly recently.
With successful Ukrainian counter-offensives occurring in the North-East of the country and Putin’s subsequent announcement of a partial mobilisation of reservists, it appears the situation has escalated. This could see an acceleration of the war and a sooner end to the conflict. As such I have looked for Ukrainian businesses, who have seen a huge fall in their stock value and could see a huge rally if the situation were to resolve itself fairly rapidly.
Obviously most investors in the “West”, don’t have access to the Ukrainian Exchange on their accounts. This is when I came across Ferrexpo. 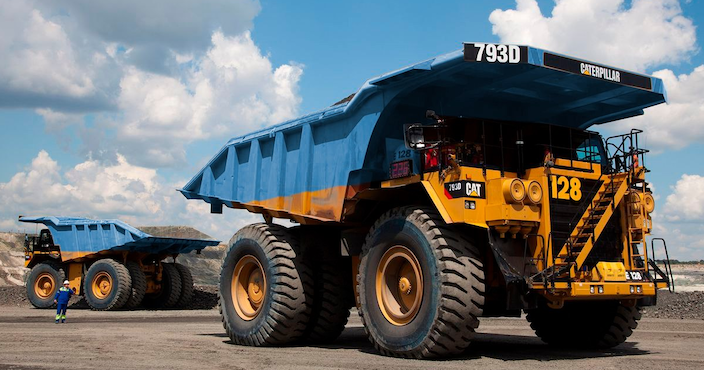 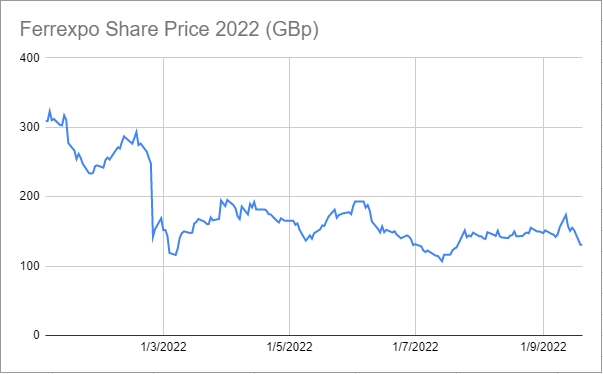 There has been no fighting near the company’s operations and as such no current impact on infrastructure. No significant impact on the number of employees either, with only 6% listed in the Ukrainian forces. The company continues to operate however its exporting ability has been hampered, and has driven its fall in earnings. Revenues have declined for 1H 2022 by -31% as compared to same period last year. Profit after tax down -88% for same period as compared to last year. 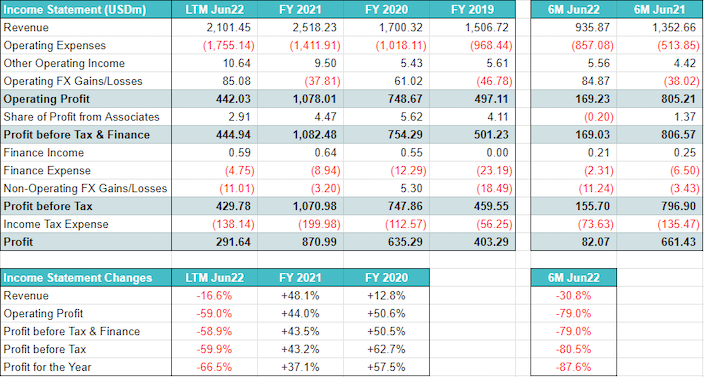 Exporting is currently still done via rail and barge into Europe, however seaborne exports via the port of Pivdennyi are suspended. The Ukraine rail network was suspended in late February and then partially lifted. Current exports remain only those done via Europe.
The balance sheet is very healthy, inventories have risen due to the company’s reduced ability to export, but there is little risk of the firm going under, with very little debt and a huge net cash position of USD 177m. Little debt means it is barely affected by rising rates too. 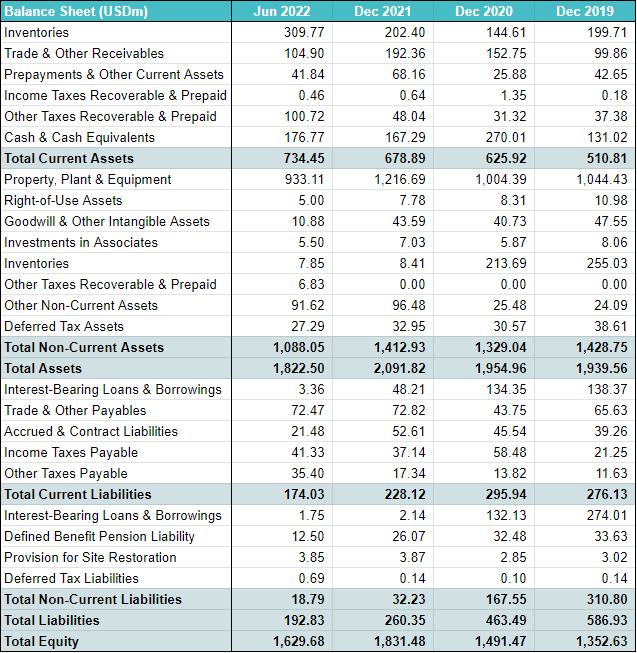 Value Drivers
In the case of the war ending, there are two main accelerators of Ferrexpo’s revenue.
Firstly, export routes out of Ukraine should reopen, which has been the main driver of the fall in revenues as opposed to any operational issues in the mining and pellet manufacture. The significant inventory build up will help the company to begin exporting rapidly.
Secondly, a huge rebuilding project in Ukraine would begin, and since steel is a critical component in the construction of infrastructure and buildings, there would be a sudden surge in demand for iron ore locally. Ferrexpo having their operations in the centre of Ukraine would put it at a significant advantage when it comes to shipping iron ore around the country. 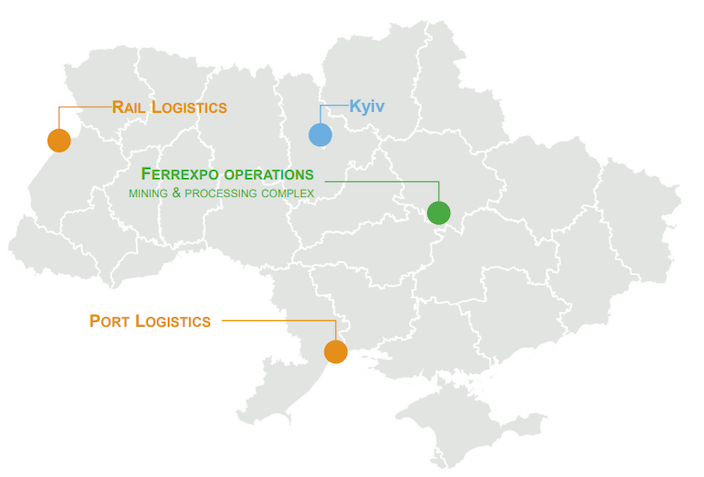 Risks Beyond War
Obviously the biggest risk is the war dragging on longer or Russia gaining the upper hand, however I foresee a few others.
Iron ore demand has principally been driven by the Chinese construction and house building market. If concerns around the Chinese real estate market continue to last, this would temper iron ore demand and prices. I expect this to be significantly mitigated however by the Ukrainian rebuild.
Another risk is a recent court ruling against the company, losing an appeal for a case that it had won once before. Ferrexpo will appeal the ruling and are confident of winning. Given our one year timeframe, this risk is mitigated, since Ukrainian courts are taking much longer to resolve cases given the war. If anything, the recent sell-off on the back of the news has given a better entry point for an investment.

Conor Mac@investmenttalkSeptember 21
Loving the fact that all these pitches are mostly names I have never heard of, and not just tech companies. Rather, bearing in mind the environment. Great stuff man.

SLT Research@slt_researchSeptember 24
I agree 100% with Conor.
@porchester Nice write-up, I like the approach - betting on the war in Ukraine's outcome is pretty bold and brings a lot of uncertainty in a portfolio.

Porchester ✳️@porchesterSeptember 24
Author
@slt_research
Thanks appreciate the comment! :)
I'm not sure I agree with there being a lot of uncertainty here, the risk here is totally binary, and the downside is fairly limited and known:
The stock would make a great portfolio diversifier too and will be totally uncorrelated to a standard equity long-only book over the next twelve months, with other names likely weighed down by rising yields, shrinking consumer spending etc. This feels like a much safer bet to me than your standard consumer cyclical or growth name given the broader macro environment. Here you know exactly what you are getting.

SLT Research@slt_researchSeptember 25
@porchester makes sense. Thanks for the clarification

Porchester ✳️@porchesterSeptember 26
Author
@stockado Thanks for the comment! Appreciate it! :)