hypescaleflow@hypescaleflow5d
$25.1m follower assets
Performance 8/9/22
Down -1.97% for the day, doing worse than the $QQQ
Another day where semi conductors and high growth saas stocks giving up their gains from the recent rally, as the mega caps are flat. Definitely looking to add more to $AMD $NVDA and $TSM , and also looking for a lower entry point to add $ASML to my portfolio to round out my semiconductor monopolies and duopolies holdings. 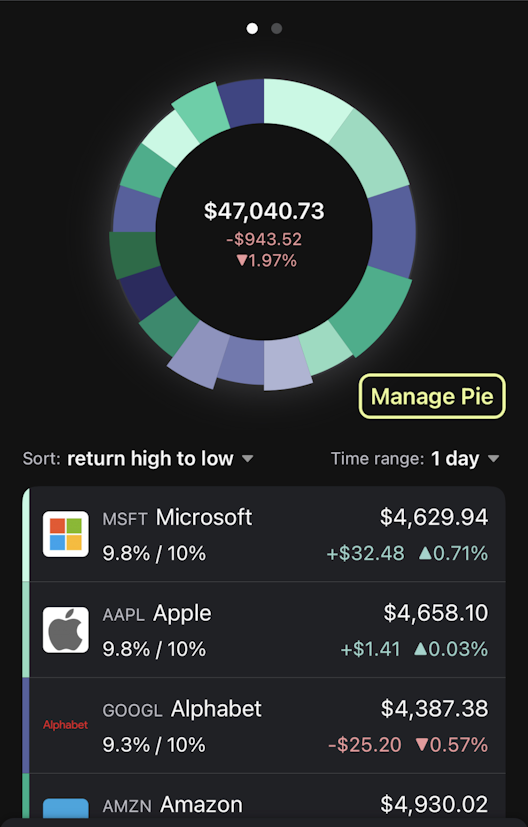 Michael Szumielewski@caridinacapital6d
$18.1m follower assets
KLA earnings analysis
$KLAC recently reported earnings, successfully ending its fiscal year. KLA Corporation is dominant in the process diagnostic & control segment of the semiconductor equipment industry. In layman's terms, they provide the tools to inspect wafers for defects which helps its customers improve their semiconductors output. An essential tool that awards KLA a wide economic moat.
Revenues grew by +29% YoY to $2.49B thanks to continued strength in the semiconductor process control segment. Net income came in at $867M with an operating margin of 41.8%. Management expects KLA will grow revenues by at least 20% in calendar 2022, although the company is dealing with supply chain constraints.
Baring a serious escalation between China and the US, KLA should continue growing in 2023 as demand is strong. This is important because revenues from China and Taiwan combined account for 54%. Foundries like $TSM are their biggest customers.
The stock had a good run in recent weeks. For some reason, the company is a bit underfollowed. IMO, KLA is a well-managed, wide-moat company with strong financials riding the long-term secular semiconductors trend. 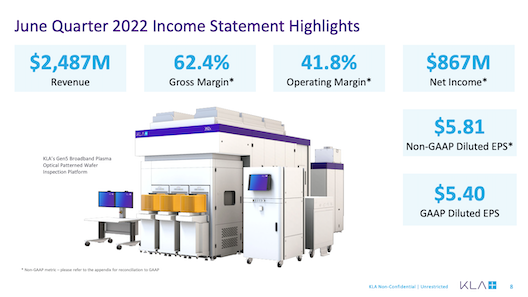 Dissecting the Markets@dissectmarketsAugust 2
$20.3m follower assets
Pay attention to the months of October and April
The months of October and April are known as the most dangerous months in Taiwan. These months are when the waters are calm and best suitable for an amphibious assault from invaders.
US Speaker Nancy Pelosi will arrive in Taiwan within a few hours from now (as of time of writing). Scrolling through Twitter, I've noticed that over the past few days alone, there's a surge in the number of videos of Chinese military vehicles entering the Fujian province, the Chinese province that is directly across from Taiwan. These videos reminded me of the months of videos of Russian tanks and military vehicles going to the Ukrainian border before the invasion.
While the media focuses on Ukraine, few people are paying more attention to Taiwan. If war happens, the world will be impacted in a detrimental way. Taiwan has 61% of the world's capacity to produce chips that are 16mm and smaller. Having the majority of chip production offline will make it difficult for the world to produce more electronics. And with tech being the main driver of global economic growth, seeing the sector grind to a halt could bring the world into the Great Depression.
$TSM is going to be the biggest business casualty as nearly all of its foundries could get destroyed if an invasion happens. $UMC will be another casualty.
As for $INTC $GFS and other foundry companies that don't have factories in Taiwan, they will see a surge in business from $NVDA $AMD $AAPL etc. But because their capacity is a lot lower than TSMC, these fabless chip companies will either pony up and pay a lot more to have their chips produced or risk not having any foundry willing to produce their chips when they can gain more profit producing chips for another firm.
$ASML $LRCX and other semiconductor equipment companies will see surging demand as foundry companies aggressively ramp up investment in building more factories.
While Pelosi's visit won't trigger an immediate invasion, it could inspire China to ramp up its military capacity in the Fujian province to the point where they are ready to launch an invasion in October.
Cameron McFarlane@moneysharkAugust 2
The passing of the CHIP bill really shows the governments concern of a conflict in Taiwan.
View 6 more comments 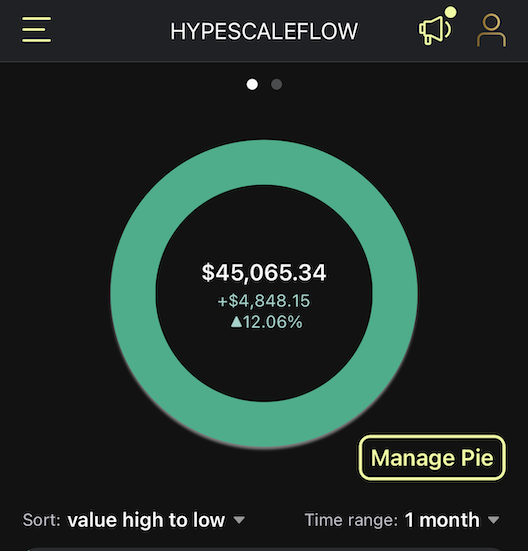 Steve Matt@interrobangbrosJuly 31
$19.3m follower assets
My July Returns Are In!... And They're... Good?
I'm still getting annihilated in both of my portfolios but less annihilated than a month ago!
Retirement Portfolio
In June, I opened zero new positions. I added to $MKL twice, $TYL twice, $MCD twice, $WM twice, and $IIPR. Relatively quiet month. I also added to $NVDA, $BIPC, $AMT, $MPW, $O, $IIPR, $NLCP, and $TSM via DRIP. I exited zero positions.
My retirement portfolio was up 13.09% in July. However, I'm still down 35.84% YTD and my month-by-month YTD is as bad as growth investor's portfolio returns could look.
Shoutout to my best performing retirement positions in 2022 so far:
And a look at my best retirement performing positions in July:
My top 10 positions continue to make up ~33% of my portfolio. $MELI's great July brings to back to the top spot followed by $AAPL, $AMZN, $F, $GOOGL, $SHOP, little known and rarely mentioned $NVEE, $COST, my baby $SWAV, and $SIVB.
Looking forward to August, I'm still considering opening a new position in either $TTD, $TWLO $SONO, $NET, $NTDOY, and after this recent fall, $ROKU.
Taxable Portfolio
In June, I only added to $ATZAF. No positions in this brokerage pay a dividend so there was no DRIP and I did not exit any positions.
Similar to my retirement portfolio, my taxable was up 13.67% in July but is still down 36.60% YTD and the month-by-month is also still abysmal.
Shoutout to my best performing taxable positions in 2022 so far:
And a look at my best performing taxable positions in July:
My top 10 positions continue to make up ~90% of my portfolio as I only have 14 positions in this brokerage. The top 10 remains basically the same with $SNOW, $TMDX, $ATZAF, $SILK, $DT, $LMND, $NCNO, $CPNG, $BIGC, and $OM. Those other 4 positions must be truly awful performers (indeed they are).
Looking forward, I'm undecided which position to add my monthly DCA to. Leaning towards $DT or buying the dip on $OM.
Alternative Investments
I've begun putting some money into Fundrise, Landa, and StartEngine. It's too little to even bother with showing returns and a lot of the stuff is illiquid but I wanted to at least catalog what I'm investing in.
Fundrise
I haven't really dove into yet. I've just been dumping money into it since April and letting them allocate into their Flagship Real Estate Fund. I'll look at their other portfolio options when I get some extra time.
Landa
I've been putting a very small amount of money into Landa each month since April just to play around. I've bought shares in 5 properties and seen some miniscule dividends. It's an interesting foray into real estate and I will probably continue adding to it. The current list of properties I have shares in are:

StartEngine
This is probably my favorite of the 3 and also the most risky by far. StartEngine allows angel investing in non-public companies. The odds of investments going to zero must be incredibly high while the odds of them ever making it to a publicly traded company incredibly low. That's why StartEngine will remain a very small portion of my portfolio.
I currently am invested in:
I having approved but not yet finalized investments in:
I also have an approved but not yet finalized investment in a signed edition Banksy artwork, Laugh Now. 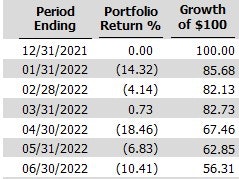 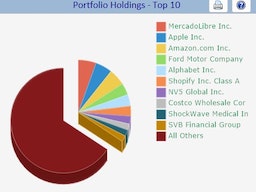 Scoreboard Investor@scorebdinvestorJuly 31
What are your strategy differences between your retirement and taxable accounts?
View 1 more comment 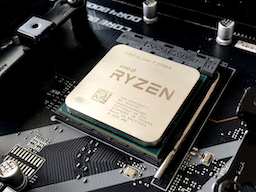 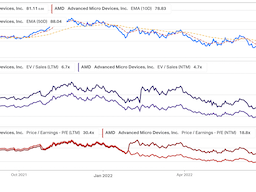 Eric Messenger@wall_street_deeboJuly 23
I put some skin in the game with some of the higher valuation growth stocks I’ve added recently. I am excited to watch $AMD story and see if this growth is worth this valuation. 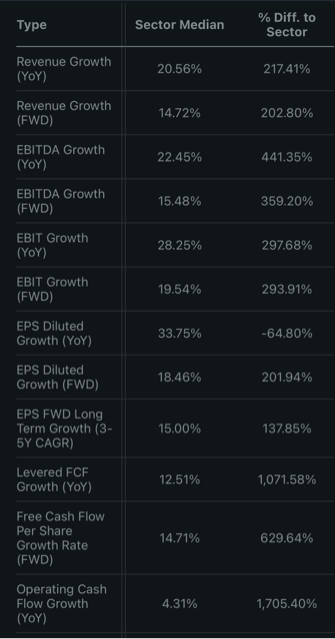 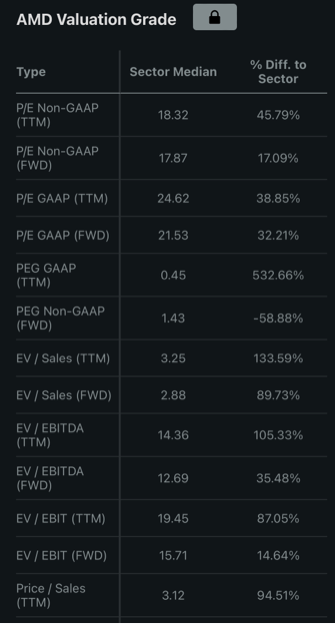 Kevin kong
@kevkonger
466 days
Commonstock is a social network that amplifies the knowledge of the best investors, verified by actual track records for signal over noise. Community members can link their existing brokerage accounts and share their real time portfolio, performance and trades (by percent only, dollar amounts never shared). Commonstock is not a brokerage, but a social layer on top of existing brokerages helping to create more engaged and informed investors.