Kaushik@kaushiks4d
$13.2m follower assets
$TEAM Goldman Sachs Upgrades to Buy PT $300
“We become incrementally more positive on Atlassian as the company reaches a pivotal moment in its cloud transition. When the company announced its target to grow Cloud revenue (~$1.5bn) ~50% yoy in both FY23 and FY24 at its analyst day in April we saw risk to the durability of such goals as we enter a more challenging macro backdrop. After breaking down the assumptions baked into this outlook, we gained confidence from the assumptions’ weight toward FY24 as TEAM can reach these targets with only ~3% yoy growth from migration revenue in FY23, based on our analysis."

Samuel Meciar@sammeciarJune 22
$17.1m follower assets
Portfolio changes - update 16
decided to swap my $TEAM shares for $NOW. $TEAM is a big player in a software tools space, primarily for SW Teams, IT Teams and Business teams. every single of those categories I have an exposure to mostly through players like $MSFT $GOOGL $CRM and will have to some degree through $NOW but a lot more besides that.
this company was going through my mind for a bit, even researched it before and was prepared to buy in but paused it then because I believed there's not much stuff it adds to my overall exposure given that I had multiple companies that had some similar pieces of solutions to ServiceNow. a lot has changed since then, as you can see and now I believe it fits my portfolio well. this weekend and on Monday I finally went deeper again and I'm convinced I found a lot of great things I like to look at, an awesome fit for my aggregated exposure around specific investment themes around which I built my portfolio, their optionality in the space is truly insane and the leadership is nothing short of excellence. it scored very high, placing it at 4th place when ranking the amount of spaces I want to be exposed to, just behind $MSFT $GOOGL and $SNOW.
so I ended up buying $NOW today and also added to my semi allocation $AMD and $NVDA to compensate for the liquidation of my $QCOM position, like I discussed in my other post.

Modern Growth Investing@growthinvestingJune 22
Yeah I agree i like $NOW > $TEAM currently, but I will be dropping them after 2-3 years and buy another player!
Add a comment…

Samuel Meciar@sammeciarJune 10
$17.1m follower assets
So as I promised, I made some buys today from the proceedings of my sales of $COIN and $COUR I informed you about in my previous post.
I ended up almost doubling my position in $MNDY. Also added to $ADYEN.AS $TWLO $MSFT $NET and $SNOW.
$ADBE remains on my watchlist for adds, I want to add but first let's see their earnings in about a week, particularly looking at their Document Cloud in a context of DocuSign's results, though I have a feeling they won't see much weakness.
Also having $AAPL $PLTR $TEAM $SNOW and $ZS still on my watchlist for future adds.
Joey Hirendernath@joeyhirendernathJune 10
How are you feeling about buying tech companies here, and the potential of diversifying?
View 3 more comments

Samuel Meciar@sammeciarMay 18
$17.1m follower assets
Portfolio changes - update 8
Hey friends, there's a lot of cleaning I'm doing, for real. It's getting tricky, as there's basically no companies I view as weak in my portfolio, now it's reaching a point where I have to consider just how much the position covers what I want it for and whether there's others that can do so instead, so I can consolidate further. I tend to prefer optionality over specialization. So:
Eric Messenger@wall_street_deeboMay 18
When I was studying Solar in 2015-16, I was screaming at the top of my lungs for people to buy Enphase ~$3. All the experts said avoid, while dropping their fancy acronyms and useless info. Meanwhile, our college entrepreneur program was installing Enphase on literally 100% of our residential installs. Was obvious to us they were going to be the leader in the space. Definitely been crazy over valued for a while now, wise to get out.
View 3 more comments 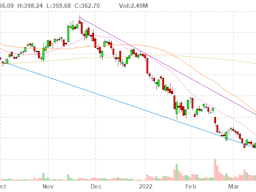 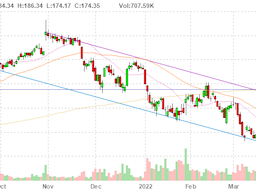 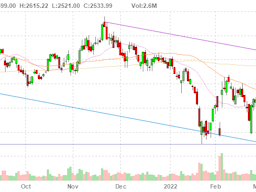 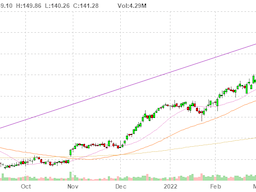 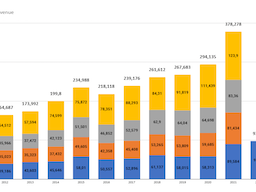 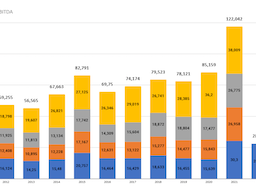 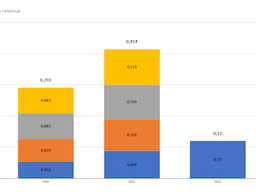 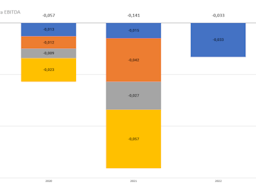 Joey Hirendernath@joeyhirendernathApril 28
What are your thoughts on $COUR' generally? I think it's really promising to see that their-
View 1 more comment

Steve Matt@interrobangbrosApril 28
$10.6m follower assets
$TEAM Earnings: What I'm Looking For
$TEAM reports this afternoon. I don't have many concerns about Atlassian and they're not too far from becoming a core holding that I don't feel the need to track quarter-by-quarter. I'm currently down ~30%, having most recently added shares in February at $298.04.
Here's what I'll be looking for this afternoon:

I'd love for Atlassian to finish out their FY22 strong so I can delete their tab from my spreadsheet, stop reading the 10-Qs and go to only the 8-Ks, and have one less company I follow diligently. They're definitely trending that way.
Rihard Jarc@rihardjarcApril 28
Does the valuation bother you? I think it's now around 26x P/S.
View 4 more comments

Nine to Five Investing@ntfinvestingApril 25
$4.2m follower assets
Is Monday.com ($MNDY) truly pioneering a new style of software?
That's what management claims. This company has nearly doubled revenue each of the last two years, suggesting that this software is more than just a niche fad. They have differentiated themselves from competitors by providing an open WorkOS platform composed of building blocks, allowing customers to create their own customized workflows.
$MNDY currently holds a full 5% position in the growth account, but $ASAN and $TEAM both provided a high degree of competition for a spot in the portfolio. For fellow investors who have done their fair share of research in the work management space, how do you feel about the competition between these three companies?
In this article, I discuss my reasoning for owning the stock as well as some risks that could derail this growth story. As always, all content is free and I encourage readers to share their opinion on all stocks discussed.
https://ninetofiveinvesting.substack.com/p/mondaycom-mndy-analysis?r=nep90&s=w&utm_campaign=post&utm_medium=web
Monday.com (MNDY) Analysis
A hyper-growth company reimagining work management software
ninetofiveinvesting.substack.com
Samuel Meciar@sammeciarApril 25
all $ASAN $MNDY $TEAM have great products both feature-wise and when looking at reviews, though I recently found a combination of $MNDY and $TEAM fitting the best for me as the overlap isn't too huge but still covers a lot of optionality than let's say a combination of $ASAN and $MNDY.
View 3 more comments
Next

Jon
@jbiels
1409 days
Commonstock is a social network that amplifies the knowledge of the best investors, verified by actual track records for signal over noise. Community members can link their existing brokerage accounts and share their real time portfolio, performance and trades (by percent only, dollar amounts never shared). Commonstock is not a brokerage, but a social layer on top of existing brokerages helping to create more engaged and informed investors.