Pat Connolly@pat_connollySeptember 9
$123.9m follower assets
Today $ALLE Is Boring But Tomorrow It Might Be Exciting
Doors & locks have been around for thousands of years as a valued tool to maintain our privacy and protect our personal property. Allegion is a company that focuses on access control security products and solutions, with their brands sold in 120+ countries.
Allegion is a notable player in their end market but it has been such a boring investment the last few years. Tepid revenue growth and little evidence they are on a path to sustainable margin expansion. Over the years they have reduced share count and reduced debt but what will excite investors moving forward?
Adoption of Smart doors & locks should be the catalyst for margin expansion. We have a history of really steady margins, essentially 19-20% EBIT margins every year. Smart doors & locks introduces the possibility to layer on high margin recurring software revenue to the existing business.
Allegion recently completed an acquisition from $SWK for their commercial door division, which includes ~ 130m of annual recurring service revenue (recurring revenue is the very thing that would make Allegion an exciting business).
$LTCH has done a great job of highlighting the value proposition of digitizing doors for property managers and residents alike. I think it's possible to look at Allegion today & co-opt the Latch investment thesis. At their core $ALLE is hardware company trying build out/acquire software while Latch is a software company trying to build hardware or partner with hardware producers.
There are a number of macroeconomic headwinds facing the company but from a historical perspective the company is trading at a low valuation. If you believe in the potential of smart doors & locks then Allegion may be an attractive way to bet on the continued growth of the Smart Home/ Smart Workplace. 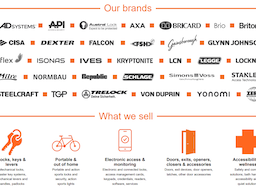 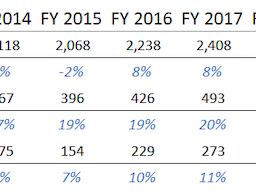 Eric Thomson@401riaAugust 30
Stanley Black & Decker, Inc. $SWK
1. Is the company undervalued?
EV/EBIT: 16.59
EV/Sales: 1.53
Price/Book: 1.66
$SWK trades around a market multiple, while growing at a nice clip and returning significant capital back to shareholders. With that said there are near term issues which are expected to bring down profitability over the next few quarters. This opens up an opportunity for long term investors, as the company is objectively cheap if they can get back to their historical margin profile.
Link to full write-up here:
https://ericthomson.substack.com/p/stanley-black-and-decker-inc-swk?sd=pf
Stanley Black & Decker, Inc. $SWK
My Investment Checklist
ericthomson.substack.com

Dividend Dollars@dividenddollarsJuly 31
$23.2m follower assets
Weekly Market Recap
I write weekly market recaps on my website, click here to read the full article and continue downward for the recap!
"I’ll be the first to say I’m relieved that it is the weekend after how exhausted the market made me feel this last week. We had a huge week of news that was ultimately matched with some big gains for the week that padded the upside for the month of July. These gains were driven in part by short-covering activity and capital going back into equities following the worst first half of a year in decades.
Nearly 200 companies reported their earnings results for the June quarter, the FOMC held their July policy meeting, the economic calendar featured the Q2 GDP Report, President Biden held a call with China’s President Xi Jinping, Senator Manchin surprised all with a reversal of position and reached an agreement with Senator Schumer on the provisions for the Inflation Reduction Act of 2022, and Congress passed a $280 billion bill designed to increase the country’s competitiveness with China ($52 billion of this goes directly to semiconductor manufacturing capacities). Whew, was that a run-on sentence?
This week we saw weakening consumer spending across the board highlighted with a handful of earnings and data releases. The PCE Price Index showed the highest year-over-year reading since 1982 at a reading of 6.8%. We also saw the 3rd straight drop in consumer confidence and a weak New Home Sales report for June. For earnings, we saw warnings from Walmart ($WMT) that highlighted fuel and food inflation decreasing spending on general merchandise, Best Buy ($BBY) warned of further softening in demand for consumer electronics, and Stanley Black & Decker ($SWK) also warned of general weakening consumer demand.
Seems like a lot of bad news for consumers, but it did not shake the market. Investors were laser-focused on better-than-expected results and/or guidance from big tech ($GOOG, $MSFT, $AAPL, and $AMZN). A market drop in Treasury yields and the idea that weak economic data would steer the Fed away form an overly aggressive path on future rate hikes kept the market strong.
The Fed was key to this week’s action. It raised the fed funds rate on Wednesday by 75 basis points as expected. Chair Powell, did an applaudable job at his press conference afterwards, walking a fine line between needing to be tough on inflation while also conceding that the pace of rate hikes are likely to slow. He didn’t rule out another 75-point hike at the next meeting, claiming that the data would dictate the decision, indicating that the guidance from the Fed that we have become used to is likely to slow or stop. Expect data to be the leading factor in how policy is decided now on a meeting-by-meeting basis. This effective step-down from an aggressive rate hike approach was enough to rally the market post meeting on Wednesday that continued through the end of the week.
According to the CME’s FedWatch tool, the futures market is pricing in two rate cuts in the first half of 2023. I don’t believe Powell said anything that supports this thesis.
Despite seeing the 2nd consecutive negative quarter of GDP (-0.9%), All 11 sectors of the S&P 500 ended green this week ranging from 1.6% to 10.3%, led by the energy sector. All sectors ended the month positive as well ranging from 3.1% to 18.9%, led by consumer discretionary. A rally in Tesla and Amazon forged the way for these gains for the consumer discretionary segment which is still down 20.4% for the year. Overall, all major indices were up for the week and the month.
Next week is fairly mild on potentially impactful items in the economic calendar. We have some PMI and employment numbers to look forward to.
My bearishness on the last week was incorrect, however I’m sticking with the bear mindset for the short to medium-term. The Fed may have reached the levels at which they want to maintain rates, however, I believe the economic effects of the previous increases that got us to these levels have yet to fully felt. The effects of rate hikes take time to materialize and the economic data that we watch is often a month or even a quarter behind. I find it hard to believe that the highest levels of inflation in recent decades are not going to simply disappear in two quarters. The current market seems overly optimistic in my opinion.
Maybe I’ve just been spoiled by buying so many cheap dividend stocks in this market that I want things to stay bearish! Regardless of the way things move, we will buy structurally sound companies that pay safe dividends and have a promising future. We did this last week with some buys in $INTC and $CMCSA to name a few. Read the portfolio update here."

Dividend Portfolio: 7/29/2022 Week in Review | Dividend Dollars
Weekly update on a long-term dividend growth portfolio from a young investor! To date it is up 0.62% and is beating SPY by almost 7%!
Dividend Dollars

Contrarian Investor Media@contrarianmediaJuly 29
$108m follower assets
PCE Deflator, More Earnings: Daily Contrarian, July 29
Good morning contrarians! Stocks look to resume their rally after positive earnings from $AAPL and $AMZN…
Today’s main economic data release is the PCE deflator, out at 0830. Economists expect a 6.8% increase to the headline figure, which is ahead of last month’s 6.3%. The core figure, which excludes food and energy, is expected to increase 4.7%. That would be identical to last month’s number.
Watch for: A small increase is baked in to the headline figure. So don’t believe any headlines that say it rose “unexpectedly.” But the core figure is more important anyway.
Earnings include $XOM, $LYB, $CVX, $NWL, $CL, $CHD, $PG, and $PSX.
Am monitoring $SWK after it dropped 16% yesterday. More on this in the podcast, available here:
https://contrarianpod.substack.com/p/pce-deflator-brings-fresh-inflation?r=ag2nj&s=w&utm_campaign=post&utm_medium=web
PCE Deflator Brings Fresh Inflation Data
Listen now (11 min) | Stocks look to resume their rally after positive earnings from Apple and Amazon…
contrarianpod.substack.com

Dissecting the Markets@dissectmarketsJuly 15
$19.6m follower assets
If you're looking for a great dividend growth stock to add to your portfolio, check out $SWK
https://commonstock.com/post/49c1551a-c673-4e50-82a9-e935b79d345f by @dissectmarkets
commonstock.com 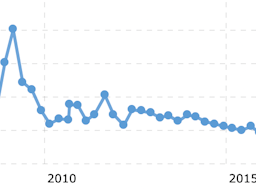 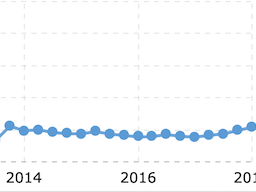 Stock Metal Investment@stonkmetalJuly 13
Lovely pitch, have been playing with the idea for a while but never dove too deeply into the company. Some points I came across while quickly putting the stock through my koyfin screens:
(WACC sadly isn't available in koyfin I think so starting off with gurufocus) SWK has quite high weighted average cost of capital at 8.98%, while only generating returns on invested capital of 7.23%. The general rule of thumb is that a company should have ROIC exceeding WACC by at least 2%. ROIC has been trailing between 5-9% for decades.

My balance sheet health screen always rather disappointing: The company holds over $10 billion in net debt or a Net Debt/EBITDA ratio of 4.2. The company has hardly any cash on hand and to sum it up has a very low Altman-Z-Score. 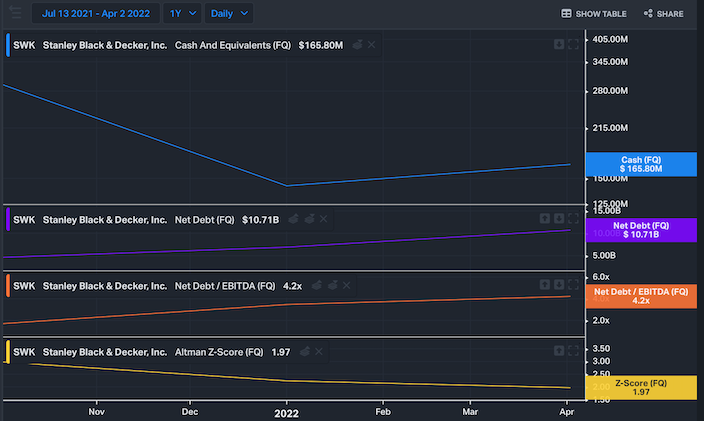 Free Cash Flow is seasonally weak in the april quarter, but this last quarter it was extremely weak, at negative $9.15 FCF per share.

After looking into the numbers I am kind of concerned if the company still can manage to compound well into the future. What do you think about the points I raised?
View 11 more comments 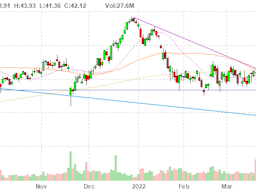 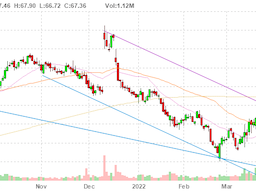 Eric Messenger@wall_street_deeboMay 20
Hell yes! Have a few winners on there for value folks like myself. Returns are bigger when we buy low🤷‍♂️
Add a comment…

Stanley@fatcatinvestingMay 2
$18.6m follower assets
First stock trades for May, 2022 - $FIGS (dca down from IPO), $SWK (dca down from initial purchase), $SCHD (purchase from accumulated dividends).
What’s on your plate today?

Highs & Lows Newsletter@stocksthatgoupApril 29
$16m follower assets
Largest Market Caps >> New Lows
There are some brutal charts out there. Many of them are the largest and most well known companies in the world. Here are some of them:
$AMZN, $VZ, $CMCSA, $BLK, $CHTR, $IDXX, $WIT, $TROW, $VRSN, $DOV, $LBRDA, $COO, $SWK, $TW, $SSNC, $LBRDK, $BEN, $LBTYA, $EXAS, $HOOD
Visit highsandlows.substack.com to see more 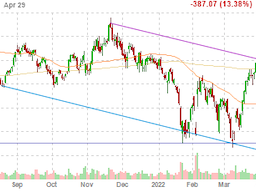 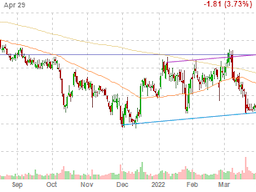 Eric Messenger@wall_street_deeboApril 29
Love it. I don’t buy until there’s blood in the streets. Been buying $TROW for a while. Been looking at $VZ, $CMCSA, and $BLK also.
Add a comment…
Next