Matt wolodarsky (aka The Wealthy Owl)@matt4d
$6.9m follower assets
Datacenter REITs
Anyone looking at datacenter reit's. $DLR paying 4.5% yield, 52 week low. Good tailwinds, data explosion, more co'S moving to hybrid, major SaaS co's moving off AWS, etc to ⬇️ costs. Box did this. how much longer will the $CRWD, $SNOW want to stay on AWS
Dissecting the Markets@dissectmarkets3d
The insider buying on $DLR is slow. I do like that $META LinkedIn (owned by $MSFT), $ORCL, $JPM, $CMCSA, $VZ, $T, $IBM, and other big companies are all clients. Though the short sellers might think that the big cloud computing companies are stealing business from these database REITs, having your own data center protects you from the outages that AWS and all of these other cloud computing platforms have. Plus, there could be a day where you'll have a cloud computing company wanting to accelerate its data storage capacity and find it more efficient to lease data center space than to build its own.
View 6 more comments

Adam (Moneyball Investing)@moneyballinvest6d
$22.5m follower assets
Snowflake
Hey everyone,
I'll keep this pretty brief, but my latest article for Motley Fool is below ($SNOW)
It took me a while to get comfortable w/ this one, but it is slowly turning into one of my larger positions. While the company has some wood to chop in terms of reaching profitability, I think this will be a huge winner over the next decade.
I've said this before, but I highly recommend reading @youngmoneycapital write-up on $SNOW. It's extremely detailed, yet very easy to digest (which is hard to do). If you don't understand the company's data lake technology or the potential growth of cloud computing, give it a read!
https://www.fool.com/investing/2022/09/20/despite-market-blizzard-snowflake-stock-is-hot/?source=eptyholnk0000202&utm_source=yahoo-host&utm_medium=feed&utm_campaign=article 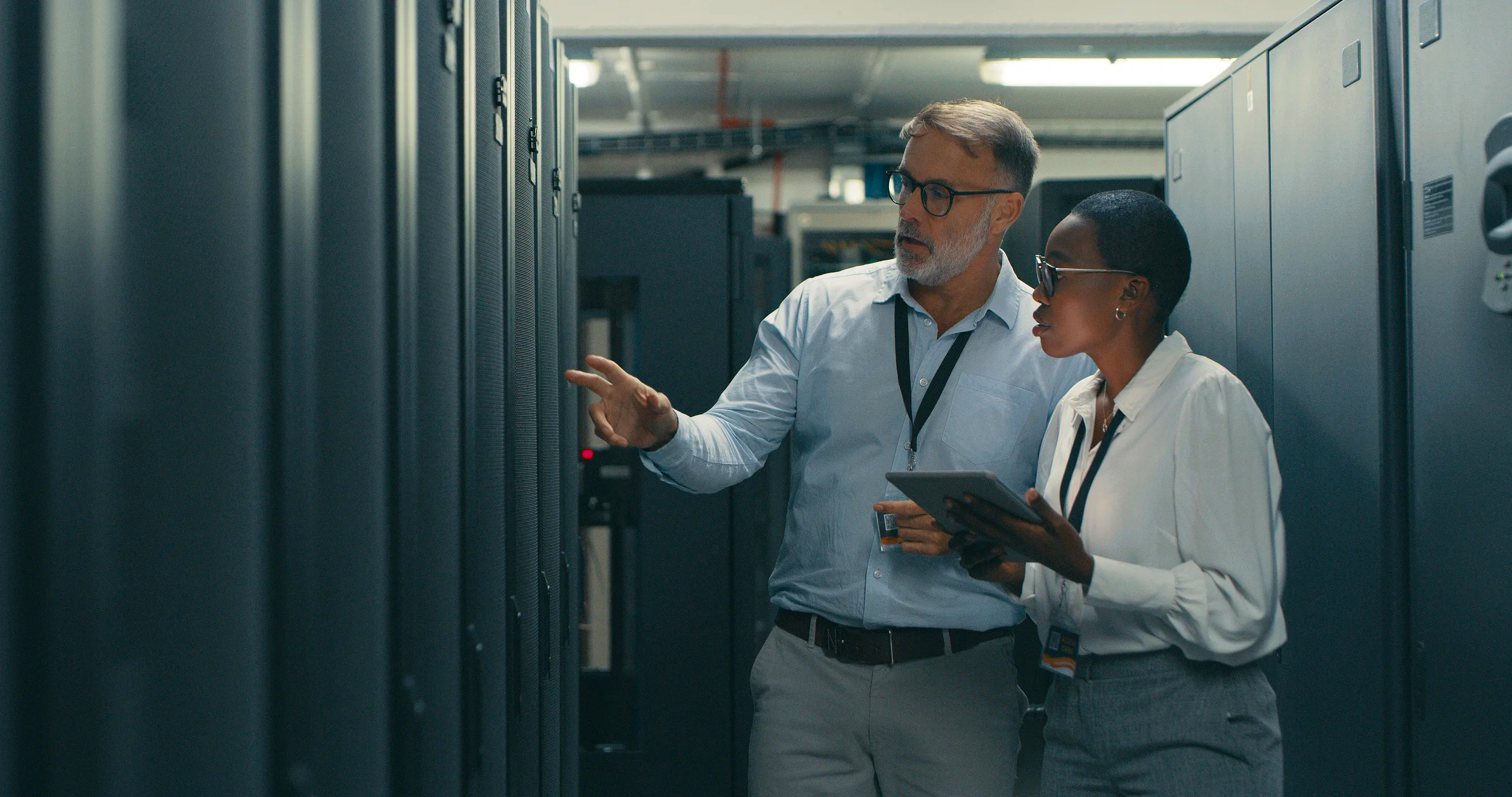 Despite Market Blizzard, Snowflake Stock Is Hot | The Motley Fool
While its stock price has spiraled downwards, Snowflake's latest results suggest now may be an ideal time to buy.
The Motley Fool
Young Money Capital@youngmoneycapital6d
Appreciate the shoutout!!
Add a comment… 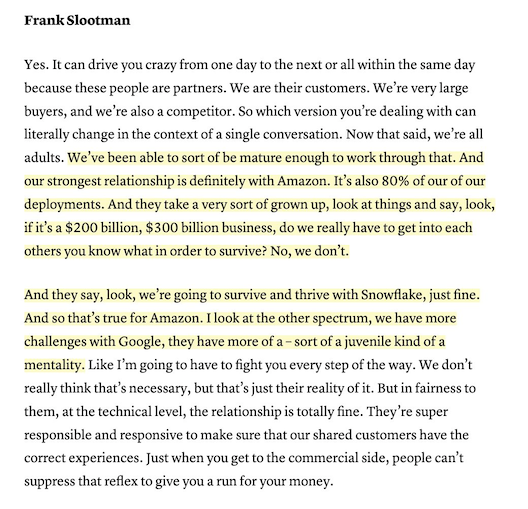 Ben@rpinvestmentsSeptember 18
Could you imagine Sundar or Jassy saying that about a customer? Even if it’s true. Even if you believe it. Probably best to not insult a customer/partner. Especially one as big as google.
Add a comment…

Matt@theyieldSeptember 15
Natural Portfolio Balancing
What was once a pretty heavy allocation to $ZM, the market naturally balances with $PLTR holding up better and $SNOW outperforming. 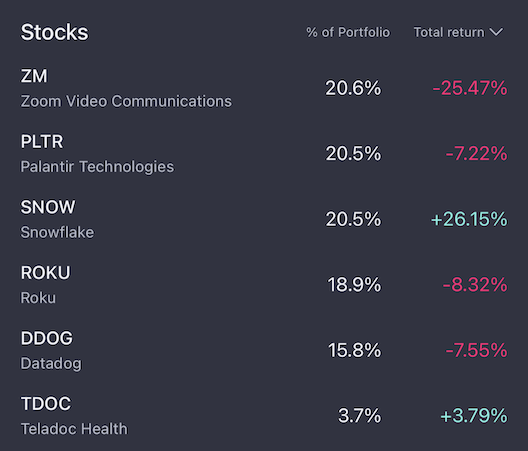 Joshua Simka@tomatoSeptember 16
This is how I prefer to "balance" my portfolio, too. :) Do you have an upper threshold percentage at which you'd start to sell off shares of a position that got too large?
Add a comment…

Austin Lieberman@austinSeptember 15
$472m follower assets
$SNOW Getting Into Data Science...
Expert interview w/ $SNOW competitor highlighting Snowlfake's opportunity in data science vs Databricks.
These interviews are my favorite way to go a level deeper in my research.14-day free trial to test the service:https://bit.ly/3SaS65v 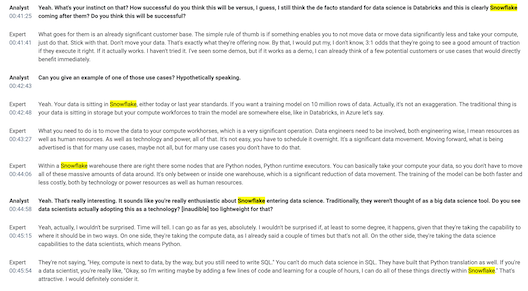 Dissecting the Markets@dissectmarketsSeptember 14
$19.8m follower assets
Long HashiCorp $HCP if you're bullish on the multi-cloud trend
HashiCorp is a software company that helps companies use different cloud computing platforms (like AWS and Azure all at once).
Why would a firm want to be on multiple cloud computing platforms?
It's because it reduces the operational risks that come with encountering sever outages from a platform and it helps firms negotiate more on cloud computing pricing.
Rather than having an AWS outage cripple your operations, having a multi-cloud operation will allow a firm to keep operating by relying more on their other cloud service provider in the event that one of your cloud service providers has an outage.
$SNOW is a notable multi-cloud company where users can access their company's data across Azure, AWS, and GCP all at once.
As the multi-cloud gains more adoption, it's possible that the smaller cloud computing players like $ORCL and $IBM could see themselves gaining a bigger piece of the cloud computing spending pie. Meanwhile, $AMZN $MSFT, and $GOOGL will see their pricing power decline as they'll have to face more competition as they start losing power and influence over their clients.
In sum, check out Hashicorp! 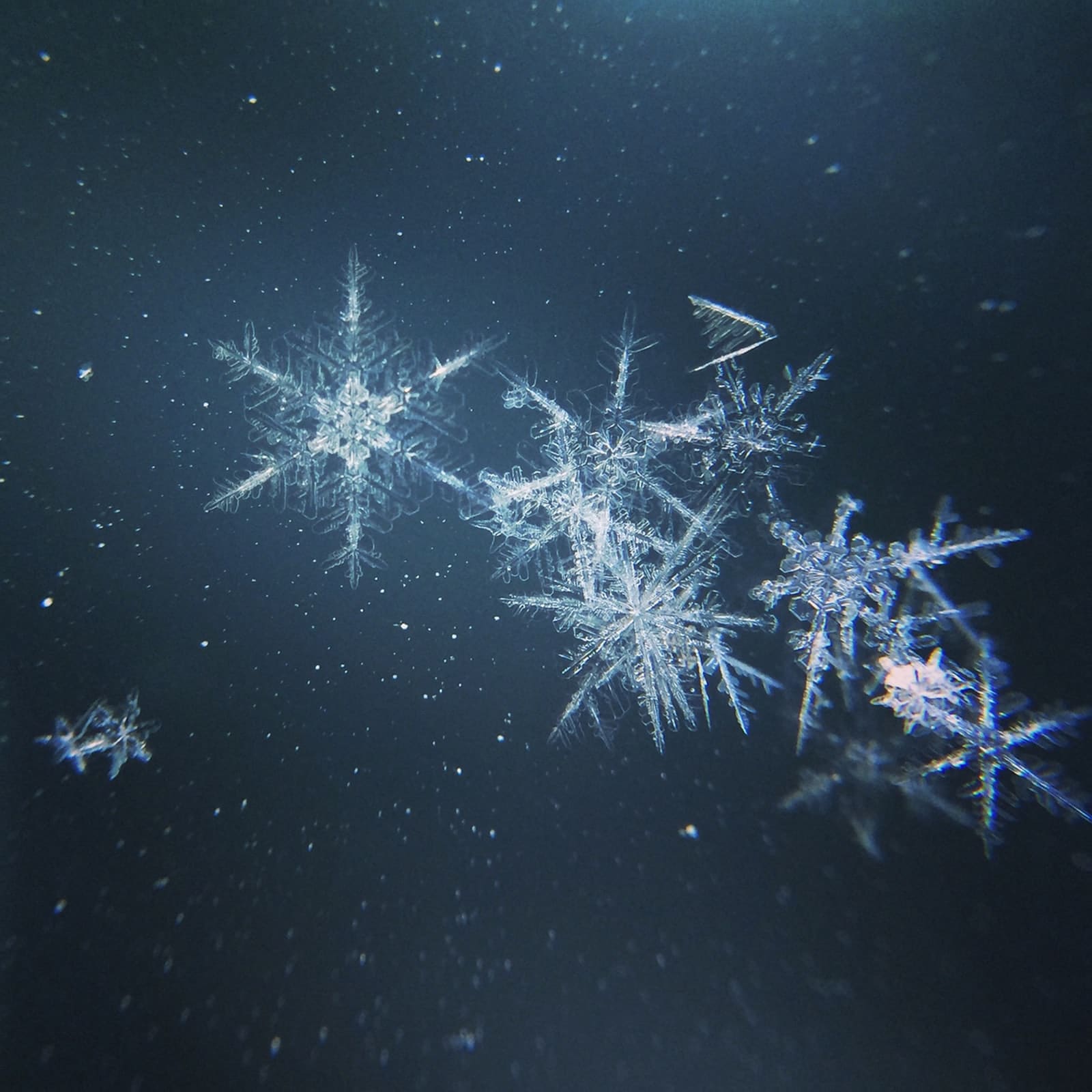 Brian Stoffel@brianstoffelSeptember 13
$64.8m follower assets
We're Buying a Really Expensive Stock This Week
I don't think there'll be much disagreement in the CommonStock community about Snowflake $SNOW being a high quality company that's offering something the business world loves. But a lot of people (rightfully so) believe it's over-valued.
Well, it was my week to pick. And I focus on anti-fragility over valuation. Here's why it landed at the top of my list.
For those unfamiliar, Snowflake allows you to take all of the data you've collected, and turn it into actionable insights via queries and processes.
Ever seen a dollar-based net retention that high? Us neither. This is usage-based. Think of it like going to an amusement park with carnival rides. You pay a fee to the ticket booth, and then give the tickets when you ride on the ride.
Same idea here, only you're running queries on your data instead of going on a ride. It's easy to ride a bunch of rides once you see how fun (queries = helpful) they are.
The switching costs are somewhat self-explanatory given the DBNR. The network effect comes from industries where data sharing is important. You can sell and share your data with other companies -- so long as you're all Snowflake customers.
Competition is definitely high. And dilution remains high even a year after the IPO. If the employees keep delivering for customers, it's worth it. But if they don't, it could become a problem. And the valuation...
Here's where we think Snowflake is in its growth cycle
That means P/S and maybe P/GP are the best valuation measures (though I don't personally concern myself too much with this).
As you can see, at 33X sales, it's the cheapest its ever been....and still considered CRAZY expensive.
The company scores very high on both of our frameworks.
But what do YOU think? Let us know in the comments below!
In five years, you'll realize
73%$SNOW was worth the valuation
26%You overpaid by a TON
69 VotesPoll ended on: 09/16/22
Conor@conorvalueSeptember 13
Whether or not it's currently over-valued is entirely dependent on the future. I would argue now that Snowflake is dominating the multi-cloud market, it is probably undervalued.
However, with competitors such as Amazon, Microsoft, and Google, the question is whether they will adopt a multi-cloud strategy in direct competition with Snow.
There is a good argument that this will not happen which would make $SNOW a solid investment at current prices. With any position, the best way to limit risk is by not putting all of your money into an idea but slowly adding to it as the thesis remains on track.
I feel comfortable allocating a small percentage to my portfolio at the current price, but I also know the future is unknown.
View 3 more comments

Nine to Five Investing@ntfinvestingSeptember 8
$20.3m follower assets
Bought 10% more SNOW
Snowflake at $171.08
September 1
Bought 16% more MDB
MongoDB at $242.30
September 1
Bought 10% more CRWD
Crowdstrike at $170.26
September 1
1 Comment
1 Upvote
1 of 3
Recent Trades
Some updates on a few positions I added to recently.
$MDB - Lots of chatter about slowing Atlas growth but this isn't really a concern of mine. MongoDB is still the leading NoSQL database - that hasn't changed. Database-as-a-service is an interesting model that (I believe) will continue to gain popularity as more and more applications move to the cloud.
$SNOW - The more I research and learn about this company, the more I love it. And the beauty of the consumption model with a data analytics provider is that customer spend can quickly balloon as more users are brought on and realize the power of the platform. Despite the high price tag, I'm continuing to add.
$CRWD - Endpoint security is a mission-critical expenditure, even in this type of environment. Zscaler results also seem to indicate companies are not cutting spending on cybersecurity. Crowdstrike continues to execute and the growing adoption of new modules suggests that customers see the immense value its products provide. This is quickly becoming a top conviction company.
After $ZS report, I will probably end up adding to that as well, but cash position is starting to dwindle a bit as I dip into it to fund some house projects.
$CRWD, $SNOW and $TTD (no adding because position is already fairly large) are my three highest conviction holdings at this point. All of these companies are proving that they are capable of navigating difficult economic positions. No surprise that they have grown to be my largest positions.
Samuel@sazuSeptember 9
100% agree with your convictions - you are onto it.
View 1 more comment

Peter Offringa@stackinvestingSeptember 8
$120.8m follower assets
Bought 38% more SNOW
Snowflake at $176.78
September 2
My $SNOW trades
See prior trade comment on MDB. After MongoDB's Q2 report, I decided to re-allocate a portion of my MDB holdings to SNOW. While I like MongoDB's long term potential, I think Snowflake has more momentum near term, particularly as profitability has come into focus for the market.
The set-up for 2023 is favorable for MongoDB, though, and I may increase my allocation again as growth re-accelerates. The Q2 report surfaced some execution risk, particularly a large increase in S&M headcount (sequential additions doubled). That should continue the outsized increase in Direct Sales customers that MongoDB achieved in Q2, but could also signal the need for more sales involvement to encourage enterprise customers to migrate more workloads to MongoDB. I think the strategy will work out, but I am taking the higher risk into account with this trade.
Jared Watson@wjaredSeptember 8
My man 🤝
View 3 more comments
Next

Jonathan Delgadillo Lorenzo
@jond34
649 days
Commonstock is a social network that amplifies the knowledge of the best investors, verified by actual track records for signal over noise. Community members can link their existing brokerage accounts and share their real time portfolio, performance and trades (by percent only, dollar amounts never shared). Commonstock is not a brokerage, but a social layer on top of existing brokerages helping to create more engaged and informed investors.