Beaver Capital@beaver_cap1d
$13.6m follower assets
June'22 - Growth Portfolio Update
Buys: $PYPL $TTD $UPST $NET $TWLO
Sells: None
I was on vacation most of the month, but made a few recent adds. Eyeing up some $MELI in the low 600's here.
YTD return: -42.2%
*can't link portfolio on CS currently due to not being in US. 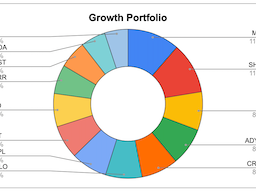 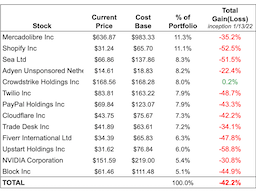 Jonathan Garcia@toasty_trading1d
I like it! Is there a specific software you use that shows this breakdown or did you create yourself?
View 4 more comments

Christian@christian76211d
$11.5m follower assets
PayPal
Someone wanna tell me when PayPal is done being taken to the slaughterhouse. I mean cmon the takes I’m seeing everywhere is crazy. People acting like they going outta business. Venmo is still a top app and they aren’t done investing in themselves and growing. $PYPL
Ben@rpinvestments1d
Don’t blame Mr Market for being irrational. Take advantage
View 13 more comments

Michael Szumielewski@caridinacapital2d
$11m follower assets
New CEO for $PINS: Bill Ready is taking over from co-founder/CEO Ben Silbermann. Ready has some solid experience, formerly President of Commerce at $GOOGL, COO at $PYPL, and CEO of Venmo.
IMO, Pinterest has management issues and isn't executing fast enough, this should change now. 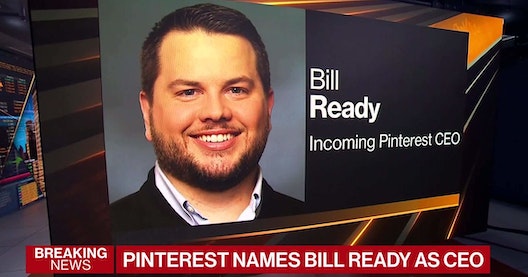 Michael Szumielewski@caridinacapital4d
$11m follower assets
Kind of hilarious: $META, $NFLX and $PYPL are value stocks now, according to the iShares Russell 1000 Value ETF 😅
Meta is the 5th largest holding of $IWD after the rebalancing.
I’m all for ETFs, but not sure people who buy this index know what they are signing up to. 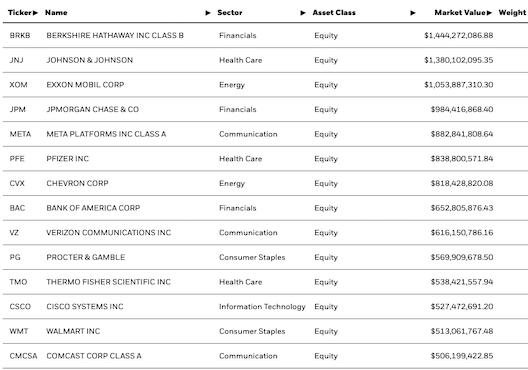 The Science of Hitting@tsoh_investing3d
If they go down enough, everything is a value stock! :)
Add a comment…

Dollars and Sense@dollarsandsense6d
$14.5m follower assets
Three Potential Buyouts
With the news of $ZEN finding a new home I figured I would run through three of my favorite companies that are worthy of getting acquired.
1.) $PINS
The company has continued to grow favorably against tough 2021 comps.
Revenue has grown a solid 18% overall with International accounting for most of the growth.
This is despite lower Monthly Active Users overall.
This is thanks to the push for better monetization of the platform.
Competition still has higher ARPU overall but $PINS is rapidly catching up. (data from Q3 2021).
$PINS also has $2.68b in cash and less than $500m in TOTAL debt.
On top of all this, they already had an interested party in $PYPL. Unfortunately, the deal did not work out in the end.
2.) $HOOD
Not too much to explain here I just think the idea of a larger financial institution scooping up Robinhood would be a win for everyone around. Robinhood gets its legal trouble cleaned up and the buyer would get a brokerage with a nice UI and decent User Experience.
In addition, it would grant the buyer immediate access to a built-out crypto ecosystem if that is still a desirable goal.
Unfortunately much like $PINS Monthly Active Users is in decline and quite drastic I might add.
Although AUC hasn't fallen nearly as much.
The real gut punch is ARPU where Robinhood has gotten crushed. With the recent crypto rout, the company has lost a significant part of the fees that it can collect.
But again much like Pinterest, the company valuation has gotten crushed. With $6.2b in cash, $HOOD trades at just under a $7b valuation.
3.) $GPRO
I believe GoPro would make a nice addition to any company seeking to build out a social media/health and wellness application.
Over the last few years, the company has struggled to grow revenue and profit. That is why over the last few years GoPro has attempted to pivot its business model to a more subscription-based model.
The primary driver of these subscriptions is an add-on to camera sales.
With the GoPro subscription, user get access to Quik which is quickly becoming an integral part of $GPRO's ecosystem. Quik offers a social media experience along with cloud storage and video editing tools.
I think this whole package would fit nicely into an already existing Social Media ecosystem.
This push toward subscriptions has led to growing revenue led by ARR and higher overall margins.
GoPro also has $450m in cash with only $550m in total debts.
Now with the company trading at less than 3 P/E and under a $1b market cap it's looking like a pretty nice acquisition target.
If you enjoyed this post I would appreciate a follow and you can also check out my Youtube where I have videos covering both Pinterest and GoPro:
https://linktr.ee/dollars_and_sense 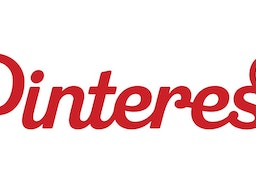 Luka 🦉@stock.owl5d
I own $PINS in a small Tech Portfolio I have, and I am not sure if can be a target for acquisition... from who?
View 1 more comment 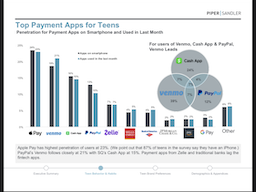 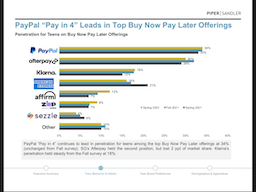 StockOpine@stockopineJune 20
$31.5m follower assets
Key notes for $PYPL - Recent Conferences
In this memo we will briefly discuss the key points that grabbed our attention while reading the transcripts of the two conferences.
BofA – Company’s participant Dan Schulman, President & CEO – 9 June 2022
Checkout and BNPL

The focus on the core product with ongoing investments around it to drive further engagement and potentially higher transaction revenue per user makes sense as the company recently changed its focus from the net new active accounts growth to average revenue per account growth. As engagement increases, people would spend more on the platform and the platform becomes more appealing to new and/or existing merchants.
It is always good to verify these figures with third party data (a bit outdated but we will follow on this): ↓
Take rates

This is somehow similar to the comments made in the latest earnings call by Gabrielle Rabinovitch SVP, Corporate Finance & IR and Interim CFO. It can be implied that higher growth would be generated from Braintree which has a higher funding cost compared to Venmo.
Braintree

We like the fact that there was no further downward revision on 2022 revenues (as it was the case in Q1) but we feel that this might change soon given the developments in the macro environment.
Investments

PayPal has the cash and generates enough cash to support its investments. Being long in the market and successfully managing the eBay transition (from c.40% of revenue to c.2% while maintaining growth) demonstrates that the company can withstand economic downturns (an economic downturn will have an impact on PayPal results due to reduced consumer spending).
CFO replacement
"There’s no shortage of really outstanding candidates that have raised their hands and I’ve been interviewing left and right and over weekends."
Looking forward to seeing who the new CFO will be and what he/she will bring on the table.
RBC – Company’s participant Douglas Bland, Senior Vice President and Head of Consumer - 14 June 2022

As for Venmo, other than the expected launch with Amazon in the 2nd half of the year, it was stated that other large enterprise merchants are doing more than what was anticipated. We are pleased to see that kind of comments as Venmo has higher take rates.

BNPL seems to be a must have offering with Apple recently joining this market (Apple Pay Later) and PayPal responding to the competition with the Pay Monthly Plan (the lender is WebBank) for purchases up to $10,000 (subject to credit approval) over 2 years which offers more flexibility (compared to the Pay in 4 which was for up to $1,500) to consumers that are willing to make larger purchases -> PayPal press release. There are risks in this market as there is lack of regulation and could lead to debt spirals, however, it is very appealing to consumers under the current environment.

Final Thoughts: The wide product offering improves the value proposition both to consumers (think of BNPL, Venmo, Cards, Rewards, digital wallet etc.) as well as to merchants who have access to the massive number of consumers. By reading through the two transcripts, we did not identify any red flags and as a result we remain bullish on PayPal.
Disclaimer: Not a financial advice.
Key notes for $PYPL - Recent Conferences (substack.com) 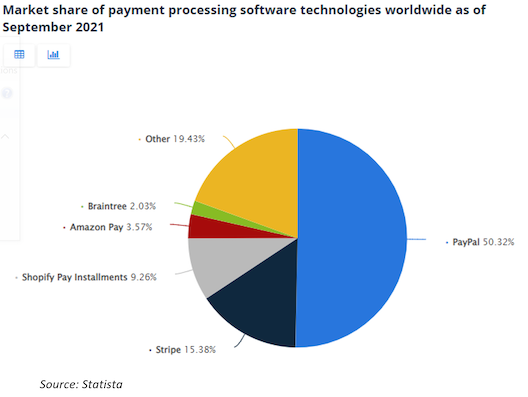 StockOpine@stockopineJune 19
$31.5m follower assets
Do you agree with this 50 stock list?
Name a stock for which you disagree stating the reasoning. We will go first.
​
$PYPL -> consumer spending could be reduced as the economy slows but we believe that this is already priced in.
​
Disclaimer: This is not a financial advice.
​
[https://4financenews.com/2022/06/19/wells-fargo-names-50-shares-to-quick-or-at-the-very-least-keep-away-from/]

Wells Fargo names 50 shares to quick (or at the very least keep away from) - 4 Finance News
H-Gall/iStock by way of Getty Pictures
4 Finance News
Neil@couch_investorJune 19
$META -> Don't bet against Zuck. The recent headwinds are making them stronger (imo) and eventually their push for VR/AR is going to be seen as a good move (less spending in the ST tho).
View 6 more comments

Nitin A Khandkarr@bqinvestJune 17
"Stocks currently out of favor, being ignored, will eventually outperform the market." — Don't these and so many others, fit this description? $META $MSFT $GOOGL $DIS $NFLX $NKE $SPOT $SHOP $FIVE $FTCH $TWLO $FRSH $ZM $DOCU $SQ $PHM $PYPL $CSX $UPST $V
Conor Mac@investmenttalkJune 17
Welcome to Commonstock Nitin!
Do you own any of these names?
View 2 more comments
Next

Richy Chen
@richychen
1861 days
Commonstock is a social network that amplifies the knowledge of the best investors, verified by actual track records for signal over noise. Community members can link their existing brokerage accounts and share their real time portfolio, performance and trades (by percent only, dollar amounts never shared). Commonstock is not a brokerage, but a social layer on top of existing brokerages helping to create more engaged and informed investors.