Breaking Equity@breakingequity1d
$16.3m follower assets
#DayTrading Strategy for $NIO with results
NIO is undervalued relative to American competitors. The stock is down by ~70% from ATH. Delisting concerns are still there but the odds are that NIO won’t be a $20 stock for long...
Results at https://breakingequity.com/etf/nio-breakout-following-qqq-and-tsla-run-up 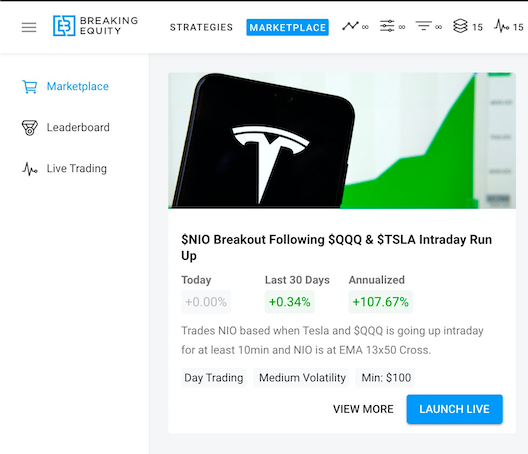 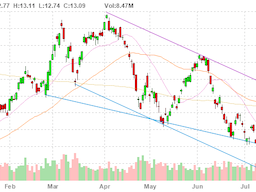 Hedge Vision@hedgevisionAugust 31
$124.1m follower assets
Tencent May Divest $14.5 Billion of its $88 Billion Portfolio
"As part of an important shift in strategy, the company has outlined a soft target of divesting about Rmb100bn ($14.5bn) of its $88bn listed equity portfolio this year, according to two people familiar with the matter. This would take place depending on market conditions and internal profit targets."
-Financial Times
Tencent's massive portfolio may put pressure on companies if the conglomerate carries through with its $14.5 billion sale. In January, the company sold $3 billion of $SE. It still owns an 18.7% stake in the e-commerce company. The year before, it gave out $16.4 billion worth of $JD as a dividend to its shareholders.
Investments include: $SE, $NIO, $SNAP, $SPOT, $PDD, $JD, Stripe, and many, many more.
https://www.ft.com/content/5a7726d9-6c96-459b-b654-361685e7ca16 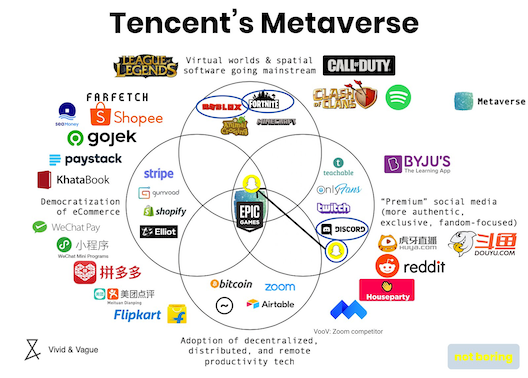 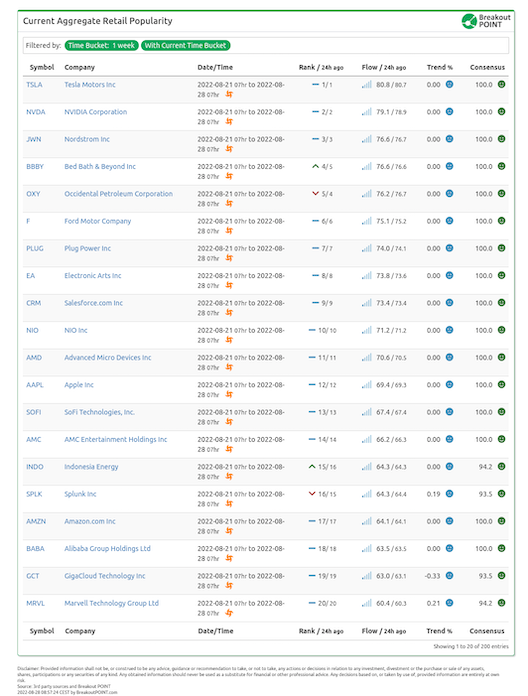 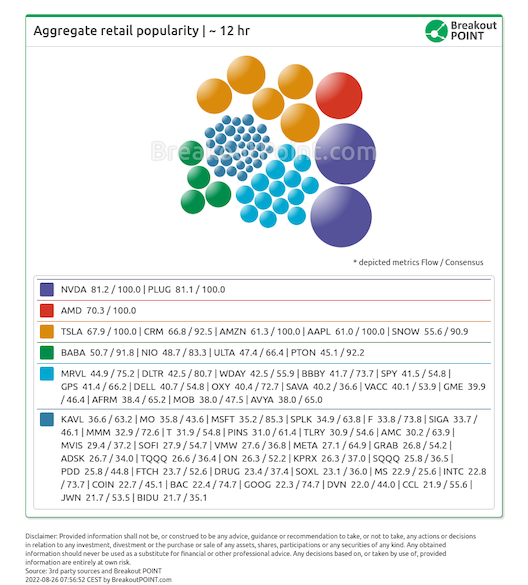 Hedge Vision@hedgevisionAugust 8
$124.1m follower assets
What Moves This Stock - Nio
Shares of $NIO have fallen by about 40% YTD for a multitude of reasons, such as being placed on the Holding Foreign Companies Accountable Act (HFCAA) list, supply chain holdups due to lockdowns, and delisting fears.
​
Here are 3 factors that will affect Nio in the near term:
​
Number One:
In July, Grizzley Research released a short report, alleging that Nio inflated its revenue and net income margins through Wuhan Weineng. Weining acts as Nio’s battery asset management provider and was established in 2020 through a joint venture between Nio and Contemporary Amperex Technology. Furthermore, Weineng collects Nio’s monthly subscription revenue for its battery swap system and battery-as-a-service (BaaS) strategy.
​
Grizzly claims that Weineng recognizes revenue immediately instead of throughout the duration of a subscription. The average duration of a Nio BaaS subscription is 7 years.
​
Grizzly also believes that Nio has ““flooded Weineng with up to extra 21,053 batteries (worth ~1,147M RMB) to boost its numbers.”
​
Nio took the allegations seriously and formed an independent committee to investigate the short report after denying it. There have been no further updates.
​
Number Two:
Nio’s place on the HFCAA list, along with U.S-China geopolitical tensions, places it at risk of being delisted. The HFCAA requires foreign companies to file audited statements to U.S. auditors for additional oversight. Companies in violation of this for 3 consecutive years face the risk of being delisted on U.S. exchanges. The earliest the HFCAA could delist any company is 2024. As a result, any update on cooperation between U.S. and China officials will likely move Chinese stocks, including Nio, in the near term.
​
Before Pelosi’s visit to Taiwan, it was reported that talks between the two nations concerning resolving differences in the HFCAA were going well. The Speaker’s visit will certainly not improve the relationship going forward.
​
Number Three:
The last factor is the monthly delivery report. The Chinese EV company, along with peers like Li Auto and XPeng, discloses its monthly delivery numbers every month. In July, Nio delivered 10,052 vehicles, up 26.7% YOY. Cumulative deliveries since inception reached 227,949 vehicles. Investors also compare delivery figures between Nio and its competitors to gauge demand and brand reputation. 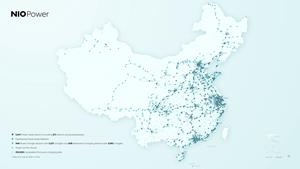 NIO Inc. Provides July 2022 Delivery Update
NIO delivered 10,052 vehicles in July 2022, increasing by 26.7% year-over-yearNIO delivered 60,879 vehicles year-to-date 2022, increasing by 22.0%...
GlobeNewswire News Room
Andy Buchanan@andybuchananAugust 8
Of the items you listed, the monthly delivery numbers are what I would watch most closely to see if a medium-to-long term investment thesis is playing out.
In the shorter term the inflated revenue and potential for being delisted are certainly catalysts.
View 10 more comments

Preston | Investor Insight@investorinsightJuly 12
$20.2m follower assets
Back From My Hiatus - Let’s Get To Work
I finally got settled in my new home - it’s time to get back to work.
Selling a house and moving into a new one has been my focus, but it’s time to get back to the market!
As I make my come back, I’ll be taking ticker requests. Feel free to comment below what you want me to analyze.
Let’s make some money. My current positions are $NIO March 2023 $15p, $NIO short sells, $PANW short sells, and $CHWY short sells.
All of these are a medium term swings for me. 📣
Nathan Worden@nathanwordenJuly 12
I’ll definitely follow along with the NIO short developments.
And I’m always interested in hearing your up to date thoughts on $ETH.X . You couldn’t have been more right on your last call around $1,700 to drop down to $1,000k. Shame I didn’t listen, but that’s on me 🙃
View 2 more comments
Next