Ayesha Tariq, CFA@ayeshatariqJune 20
$19.4m follower assets
Lennar: Earnings Watch
Homebuilders are in trouble. Just when you think the index can’t go any lower, it takes another dip. I had invested in $NAIL last year. Sold out in February. But, I still get alerts on it because it was a holding and every second day, I keep getting an “all time low” alert. It is troubling.
The housing market is supposedly still in a bubble. I feel like the market should not be in a bubble but I can’t deny the data. MoM the Case-Shiller US National Index continues to go up and the 1-year change still remains 20.55%. That’s enormous!
Lennar, one of the biggest homebuilders, reports Tuesday, June 21, 2022. While I’m no longer invested in Homebuilders, I still like following the earnings calls because you learn a lot about the current environment and what they are seeing.
Lennar got a few steep PT downgrades in the last couple of weeks. Analysts are foresee weakness in the housing market, which is no surprise with how mortgage rates continue to climb steadily climb and supply chains still remain under pressure.
UBS lowered their PT from $154 to $108 while still maintaining a BUY rating. They expect the market for new homes and single family housing starts to remain depressed until 2026 but, also expect only a “15% peak-to-trough decline” for 2022-2023.
It remains to be seen whether this is how it pans out but, we will sure get some guidance on the call. Last quarter, Lennar missed EPS estimates last quarter and barely beat on revenue.
For what it worth, I still find them to be a solid company with strong cash flows and a decent valuation. I will hold on until the tide turns in this market but, I have my eye on them. 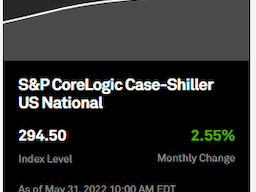 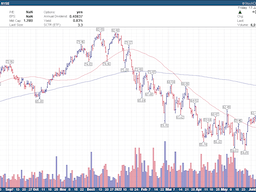 Joey Hirendernath@joeyhirendernathJune 20
Are there other any players in the space you are watching apart from Lennar Aisha ?
View 1 more comment

Ayesha Tariq, CFA@ayeshatariqMarch 31
$19.4m follower assets
Homebuilders under Pressure - looking to eventually B&H
With rates rising, and the 30year mortgage rates shooting up over the past month, the homebuilders have been under pressure.
The idea is obviously that it will get too expensive for people to buy homes.
With inflation surging, people will also be pressured in terms of other expenses, i.e., most of their income will go towards basic necessities and it will be more challenging to accommodate higher mortgage payments.
Nevertheless, when I looked at the industry sometime last year, asset prices where going up not only because of the stimulus (and people having more money) but more because there was a genuine shortage of housing in the US market.
After the Great Financial Crisis in 2008, and the collapse in the US housing market, the level of investment in housing reduced significantly. It took some time for the market to recover, obviously. And that's left the market with fewer homes that required.
Demand, on the hand, has been increasing because of the increase in the Millennial population who are now becoming first time home buyers. This has been further exacerbated by:
This has pushed home prices to new highs.
For the longest time I held $NAIL, and made a decent return on it. Sold out earlier this year as it started to retreat. But, I do want to go long one of these three homebuilders (or all three) once I feel the market has settled a bit. All three have EV/EBITDA below 5x and LTM P/E multiples below 7x.
Here’s the 5-year total return for $DHI, $TOL and $LEN. 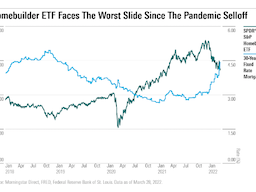 Joey Hirendernath@joeyhirendernathMarch 31
Always love your detailed breakdowns of Macrotrends Ayesha. I know that @strategicinvestors viewed this in light of his holdings in $ITB and will enjoy reading this too.
Would it be correct to say that rising inflation makes homebuilding more expensive and that rising mortgage rates makes home owning more expensive, and thus reduces supply and demand for home building and buying at the same time?
View 1 more comment
Next

Zachary Galbraith
@zgalbs
572 days
Commonstock is a social network that amplifies the knowledge of the best investors, verified by actual track records for signal over noise. Community members can link their existing brokerage accounts and share their real time portfolio, performance and trades (by percent only, dollar amounts never shared). Commonstock is not a brokerage, but a social layer on top of existing brokerages helping to create more engaged and informed investors.