Carter Kilmann@carterkilmannSeptember 16
$16.6m follower assets
Two Price-Beaten But Promising EV Stocks: FSR + LCID
Shares of $FSR are down about 45% this year. Yet, operationally, two factors continue to work in the EV-maker’s favor.
First, despite supply chain issues and chip shortages around the world, Fisker remains on track to commence production of the Ocean, its inaugural all-EV model, on November 18. (It rolled out the first model from Magna’s high-volume line on Wednesday.)
Second, even though vehicle sales have slowed globally, preorders for the Ocean have not — there are now 56,000+ preorders for the Ocean, including 5,000+ reservations of the Ocean One launch edition. Preorders of the former cost $250, while the latter costs $5,000 (and it hasn’t even been unveiled yet).
Shares of $LCID are down nearly 60% in 2022.
Like the Fisker Ocean, the Lucid Air is in high demand with 37,000+ reservations through the beginning of August, which equates to about $3.5 billion of potential sales.
Unlike the Ocean, production of the Air has already commenced — but logistical struggles and broader supply chain issues forced the company to slash its 2022 production guidance range from 12,000–14,000 to 6,000–7,000.
Assuming the company can fix its logistical pains and navigate macroeconomic conditions in the near term (two big assumptions), it’ll have no problem meeting demand.
Currently, Lucid’s Arizona-based production facility has the ability to push out 34,000 models of the Air per year. Once phase two of the facility’s expansion project is completed (est. early 2023), the company’s production capacity will jump to 90,000 models of the Air and Gravity (its upcoming electric SUV). Moreover, Lucid recently broke ground on a Saudi Arabian factory that’s expected to be capable of producing 155,000 models.
Originally published via the Due Diligence newsletter. 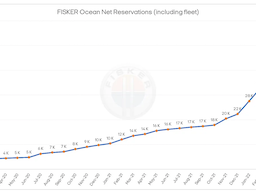 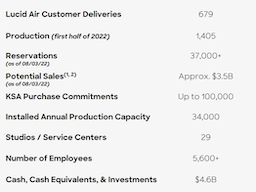 Christian@christian7621September 12
$17.5m follower assets
$LCID
I tend not to talk about lucid, A. Because it causes so much controversy and arguments and B. I own way too much of it lol. But I’m gonna start sharing my thoughts and news about the company because I know everyone here got my back and I know a bunch of you wanna know my thoughts @seasnar and @strib. Little article I read today: https://wccftech.com/lucid-group-is-now-reportedly-manufacturing-40-to-50-cars-per-day-after-a-broad-based-logistics-overhaul-and-management-reshuffle/. Now this isn’t an amazing thing but it’s finally a step in the right direction. Hopefully the production nightmare is behind us. I truly believe based off what I’ve seen and heard this could be a special company. It will take time and I’m in no rush. I’m currently not adding to my position until I see some improvements with production. I have a plan, happy to share it with you all. 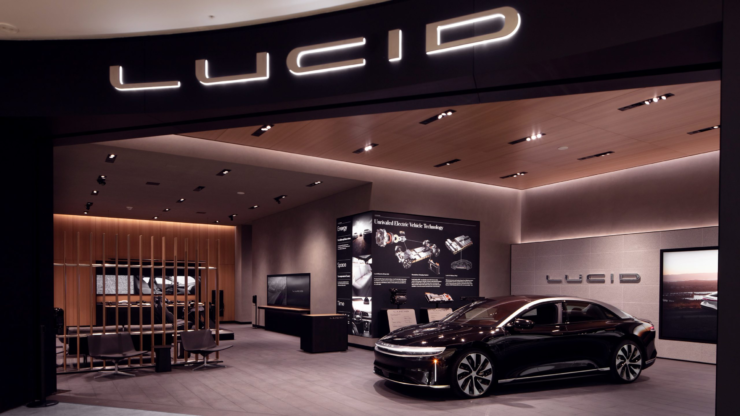 Nathan Worden@nathanwordenSeptember 8
$331.2m follower assets
Investor Battle!
Check out this snappy back-and-forth between @dividenddollars and @scorebdinvestor about Altria $MO
If you want to participate in an Investor Battle, let me know! We're currently looking for someone to take on @jdub over Lucid Air $LCID. Maybe @christian7621 or @dissectmarkets? ?
https://www.tiktok.com/@commonstockinvest/commonstockinvest/video/7141043055376764203?is_from_ webapp=1&senderevice=pc&web out td=7085403356659861035 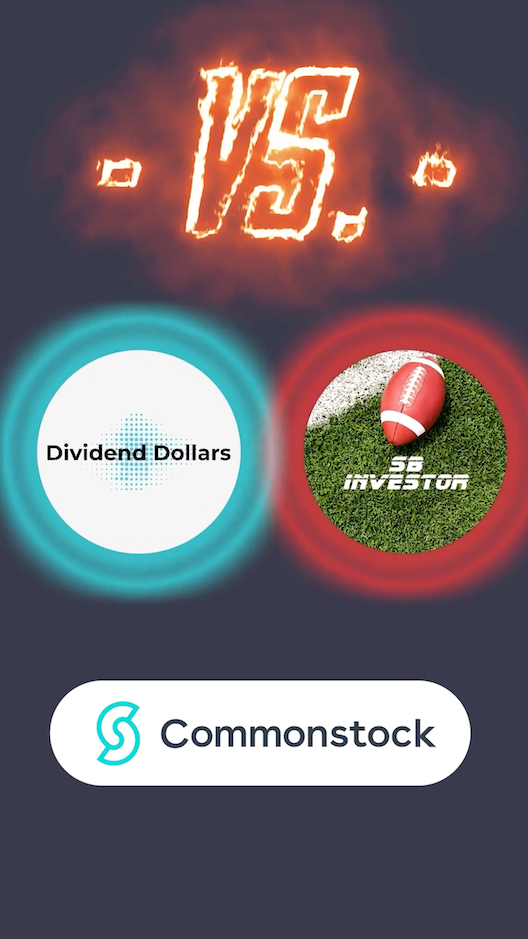 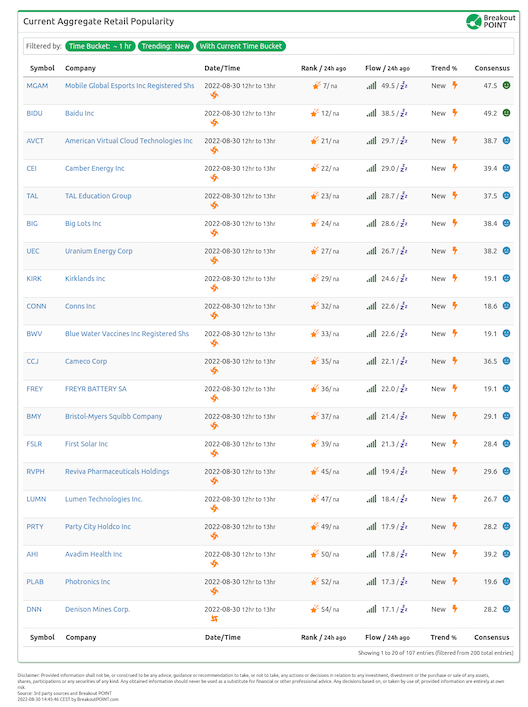 Dissecting the Markets@dissectmarketsAugust 25
$19.6m follower assets
Soaring electricity prices should reduce demand for electric vehicles in Europe
BusinessInsider published a few charts conveying the energy crisis in Europe.
Europe's electricity prices, they're trading more than 1,400% above their average in the 2010s.
As for the Euro, the currency value is below parity with the US Dollar. This is because business conditions in Europe are deteriorating.
A declining Euro makes electric vehicles from the US and Japan more expensive for Europeans. Surging electricity prices makes charging an electric vehicle very expensive.
Meanwhile, gas prices in Europe look similar to gas prices in the US.
The conditions in Europe make electric vehicle ownership more expensive than ICE vehicle ownership. This is bearish for $TSLA and $PSNY as it relies on Europe for orders and deliveries.
Side note: $RIVN and $LCID don't do much business in Europe. They're heavily dependent on the US for business. 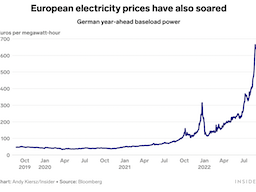 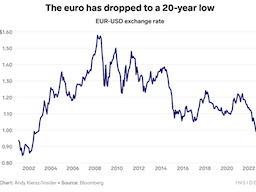 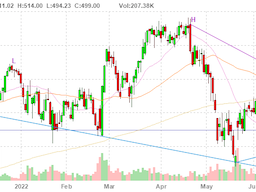 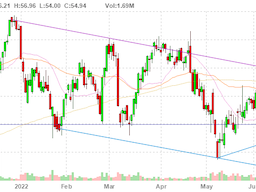 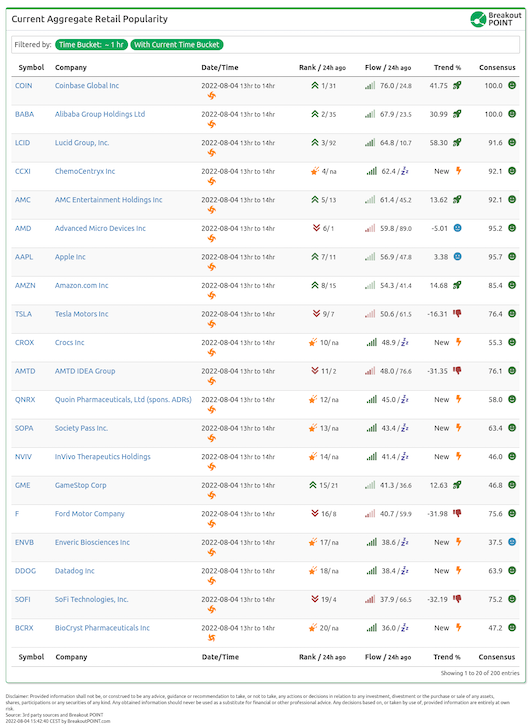 Dissecting the Markets@dissectmarketsAugust 3
$19.6m follower assets
Tired of EV startups having bad execution? Check out $NKLA
While many other EV makers say that they still need help sourcing materials to meet production targets, $NKLA said that it had “secured sufficient component supplies to meet its delivery target of between 300 and 500 Tre battery electric trucks this year.”
They delivered their first electric semi-truck in December 2021 and delivered 11 more trucks in April 2022.
Currently, they're looking to acquire Romeo Power as a way to reduce battery costs. For those wondering, Nikola was the largest customer of Romeo Power and because of this, Nikola felt that it was better to acquire the company altogether.
Even if the production and deliveries of Nikola aren't as impressive as $RIVN or $LCID, Nikola is in the game of producing massive electric semi trucks, not sedans, SUVs, and pickup trucks.

Nikola Agrees to Acquire Romeo Power, To Bring Battery Pack Engineering and Production In-House
Nikola Corporation is dedicated to the advancement of innovative zero-emissions truck solutions, including the Nikola Two FCEV and the Nikola Tre BEV and FCEV, and the energy infrastructure required ...
Nikola Motor Company
Daniel Budd@dbuddAugust 3
I will never get over them displaying one of their trucks “driving” down a hill.
Absolutely misled shareholders, not sure why you have “Socially Responsible” as a tag associated with this company.
https://www.cnbc.com/2021/12/21/nikola-to-pay-125-million-to-settle-fraud-charges-as-sec-cracks-down-on-spac-claims.html
View 2 more comments
Next