Leandro@invesquotesMay 9
$113.7m follower assets
Giverny Capital Asset Management Highlights
I read Giverny Capital Asset Management's Q1 shareholder letter over the weekend and some quotes were pretty interesting. First, let me give a bit of context on GCAM.
GCAM is a partnership between Canadian investment firm "Giverny Capital" and David Poppe. David Poppe was President and CEO of Ruane, Cunniff & Goldfarb, a RIA that's best known for managing Sequoia fund. GCAM is fairly new as it started in April 1st 2020. Since inception, the company has managed to provide nice returns (32.2% net) although it has not managed to beat the S&P 500 (34.5%). However, the team's prior track record is one of outperformance.
The company tries to invest in high quality companies where founders have significant stakes (of course, this isn't always possible)
Here's a list of GCAM's top 10:
$GOOG 9.1%
$ANET 6.5%
$PGR 6%
$SCHW 5.9%
$KMX 5.9%
$CSU.TO 5.6%
$SSNC 4.7%
$HEI 4.6%
$BRK.B 4.4%
$CACC 4.3%
Let's go with some of the quotes now!
On Q1's performance:
It was a rough quarter. I don't say that because stock prices declined. That happens. Volatility, after all, is what creates occasional dislocations in the market that allow long-term investors to buy great companies at attractive prices.
On commodities or energy cos:
GCAM doesn't own any energy or materials stocks. That's intentional. About 15 years ago, I did a fair amount of work on the emerging Canadian oil sands companies. I learned three lessons from this project that inform my investing at GCAM. First, never bet on any kind of Malthusian thesis about scarcity, as this is essentially a bet against human ingenuity. Second, no one in the oil industry knows what the price of oil will be in a year. Thus, oil companies spend tends of billions of dollars on capital investments with limited visibility into what the future return will be.Third, oil companies are like derivative securities: their success or failure depends more on the price of an underlying asset than it does on their management teams. Are these companies all run by subpar management teams? Of course not. But they are all ultimately hostage to the oil price.
On predictability of returns on capital and management:
What I am trying to do at GCAM is align with fantastic managers who control their own destiny. Or at a minimum, have more control of their own destiny. I would much rather invest in a business that earns predictably high returns and has a clear growth trajectory than in a business that could earn a superior return if a commodity price remains elevated.
My crystal ball is not better than anyone else's but I'd rather invest in obvious structural growers than probable structural decliners.
On Fed's actions:
The Federal Reserve seems reluctant to do its job, but it is clear that interest rates are going to have to rise at a a much faster rate to tame inflation. The next year or two likely will be bumpy.
On the worst performers of the portfolio:
If there is any good news, I don't believe this group suffered material impairments to their long-term earnings trajectory. Rather, relatively small earnings misses or reductions to ST guidance led to large stock declines.
On $FB spend on RL:
I can't say yet that these investments will pay off, but sales of Meta's Oculus headsets are healthy and reviews are enthusiastic. I feel certain that Meta CEO Mark Zuckerberg won't continue to spend so heavily on R&D if it produces no results.
On $FB health on ad market:
I've heard comments from two large advertising agencies recently that their budgets for Meta Platforms' properties are growing by double digit percentages this year, a signal that Meta remains an important advertising vehicle.
Roughly 2.8 billion people log onto a Meta-owned social media site everyday, and they stay for a while. That makes Meta the best advertising vehicle in the digital world.
On $FIVE:
Five Below arguably has the strongest growth profile in bricks-and-mortar retail and the stock is more reasonably priced after the recent correction. We're very confident in this business and expect to own it for a long time.
On $AMZN's vs $FB's capital spend (controversial):
Owning lots of airplanes to support a marginally profitable retail business does not seem as promising to me as trying to build the metaverse.
On portfolio management:
I don't like owning 1% positions as they consume research time and don't add much value to the portfolio when they do well.
On selling Topicus $TOITF:
It was less than 1% in our portfolio and not very liquid, partly because Constellation continues to own 60%. The company had a great first year, trading at a premium to its parent. We didn't think it was more valuable than $CSU.TO so we sold it.
On volatility going forward:
Given the war in Ukraine, soaring inflation, supply shortages and the expectation of sizable rate hikes by the Fed, I expect volatility to continue.
On timing the market:
The war in Ukraine is deeply disturbing, but market timing does not work and geopolitical events rarely create lasting market impacts. In any case, the best defense against economic uncertainty is to own high-quality, productive assets.

Dissecting the Markets@dissectmarketsMay 6
$3.7m follower assets
Plunging used car prices are probably why $CVNA and $KMX have plunged significantly
Even if the decrease in used car prices is small, it is a sign that used car dealers are going to see themselves losing their pricing power fast. That's why investors are pulling out of $KMX $CVNA and other used car dealers.
Does it signify that the chip shortage is going away soon? No. Companies like $F are reporting sales declines because they can't produce more vehicles.
Source: https://www.cnbc.com/2022/05/06/used-car-prices-are-down-from-record-highs-easing-the-impact-of-inflation.html

Used-car prices are down from record highs, easing the impact of inflation
Wholesale vehicle prices have dropped 6.4% since the January record.
CNBC
Dollars and Sense@dollarsandsenseMay 6
My favorite $CVNA fact is they filed 368 Form 4s during 2021. Insiders basically day trading the stock.
View 3 more comments 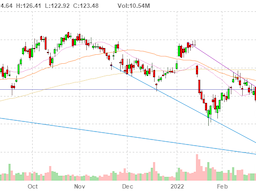 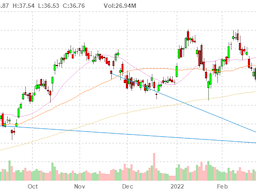 T.@theanonymousprofitApril 11
What to watch for the week of 4/11/22
Are you prepared to take on the markets this week? If not, here is a graphic that I created of some of the most anticipated potential catalysts for the week beginning April 11th. Hopefully this can help you navigate your investing and trading decisions. Feel free to save this post for reference. Let me know what’s on your watchlist in the comments. Follow my page so that you never miss any upcoming scheduled market events. If you find this helpful and would like to view more of my work, consider subscribing to my Patreon. Link in my bio. $SPY $F $WFC $QQQ $ALLY $BBBY $KMX $PGR $C $GS $MS $JPM 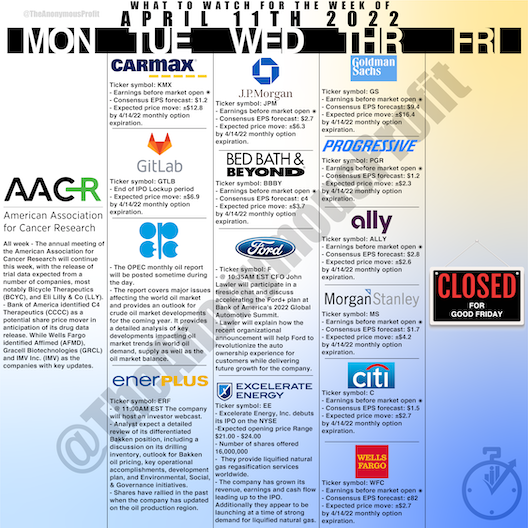 Dissecting the Markets@dissectmarketsMarch 10
$3.7m follower assets
Used car dealers lose out on the auto supply chain crisis
$KMX $CVNA and many other used car dealerships are struggling to grow their revenues as their inventories have been depleted.
Many used car dealers are complaining that the lack of cars coming into their lots are making it harder for them to meet the demand for used cars.
Wall Street is becoming pessimistic on the used vehicle market because those firms can’t capitalize on the high used vehicle prices if they don’t have vehicles to sell.
Django Brooks@django_brooksMarch 11
So the demand is high and the supply is low. Excuse the Econ 101 here but isn’t that the point at which equilibrium price is usually the highest? But these companies just literally can’t get their hands on cars so they aren’t able to take advantage of these higher prices?
View 8 more comments

If you'd like an easier way to track earnings dates, you can automatically sync your portfolio's earning dates to your personal calendar with just a couple of clicks here.
MON:
TUE:
WED: 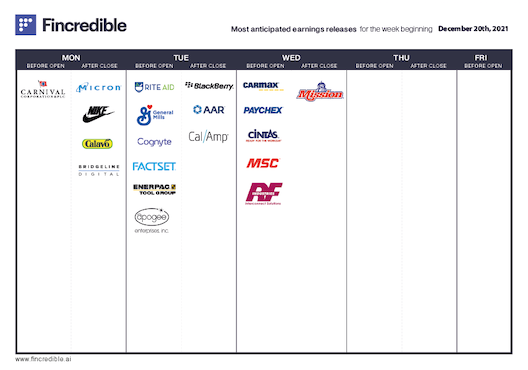 Joey Hirendernath@joeyhirendernath12/17/2021
Earnings season is coming to a close :)
Add a comment…

Pat Connolly@pat_connolly12/10/2021
$110.3m follower assets
Passing on the costs
With worrisome prints from the CPI index I'm trying to think of companies best positioned to pass on additional costs to consumers.

What companies may not be able to pass on the costs?

I'm surely overlooking a lot of industries effected by a presumably weaker consumer. Some may say that a higher CPI print signals that the fed should raise rates but the combination of higher costs & higher rates surely disproportionately effects the poor who depend on financing.
A lot to unpack here but I'm interested to hear how others are positioning themselves for higher inflation. I'm also interested if anyone is in the camp that inflation is in fact transitory and how you're positioning yourself to fade the news. 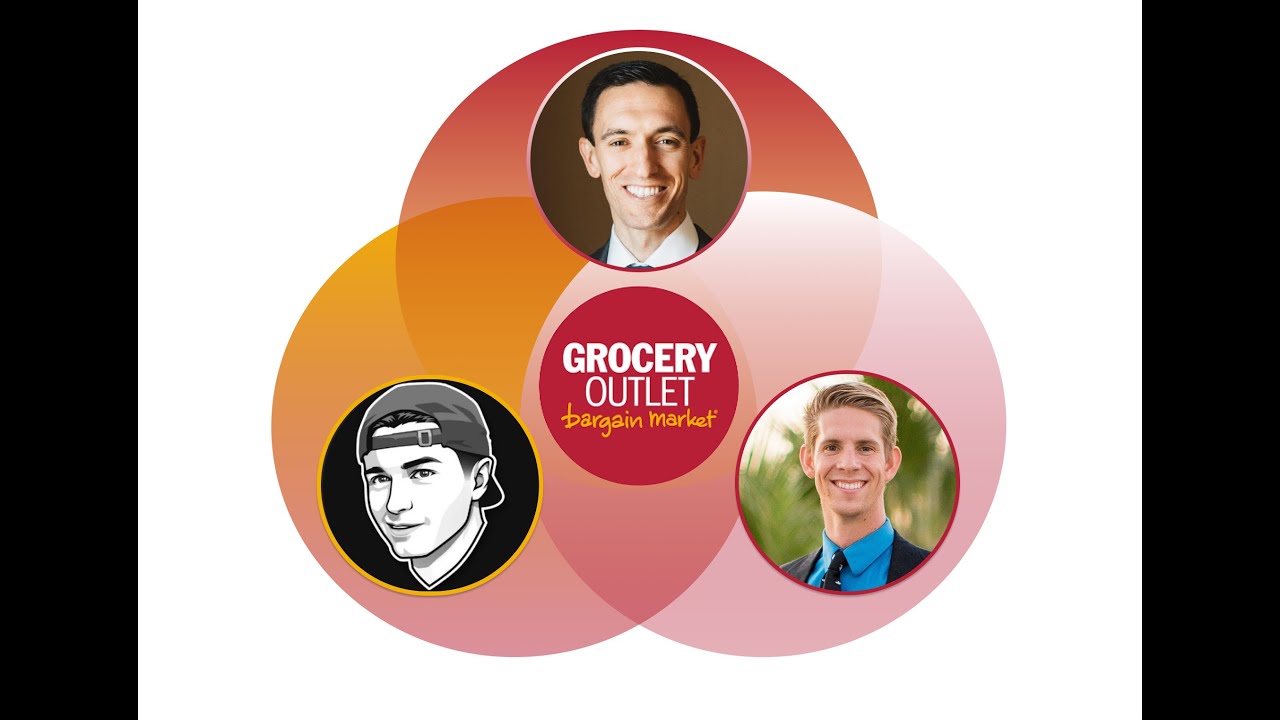 Discussion of Grocery Outlet (NASDAQ: GO)
Recorded 11/23/2021Key Takeaways:-Grocery Outlet is a discount retailer with a twist. The business scales by enabling individual investors to operate their o...
YouTube
Young Money Capital@youngmoneycapital12/10/2021
Technology companies in particular should be able to pass on the costs because of the nature of the industry. Companies with strong competitive positioning should also fair well. In changing market dynamics, it is important to invest in high quality companies. I think $FB and $GOOGL are in particularly good spots for passing on costs.
View 1 more comment

Zack Hargett
@zackhargett
233 days
Commonstock is a social network that amplifies the knowledge of the best investors, verified by actual track records for signal over noise. Community members can link their existing brokerage accounts and share their real time portfolio, performance and trades (by percent only, dollar amounts never shared). Commonstock is not a brokerage, but a social layer on top of existing brokerages helping to create more engaged and informed investors.