Preston | Investor Insight@investorinsightMay 12
$3.3m follower assets
Update From My Weekly Plan
https://commonstock.com/post/03e3c529-687e-4a80-81e1-e1a4bcd5d755 by @investorinsight
Given the higher than expected CPI numbers, the market was unable to bounce. At the current moment, we are not seeing any signs of a reversal. I am watching $IWM closely as its now completed a round trip to its Pre-Covid highs and is showing relative strength to $SPY and $QQQ. If $IWM shows signs of reversal, I will look to sell cash secured puts on it for a short term bounce before going lower to fill its gaps. IV is very high on cash secured puts which is why I will look to use those for my long exposure instead of equities or calls.
$MELI did complete its gap fill down under $700 as mentioned in the plan and better prices are arising each day.
Its important to stay nimble in this market as all bounces are continuing to be sold off. Like I mentioned - I am in 100% cash waiting for opportunity to arise.
I will happily update when I start to see signs of trend reversal. Until then, I sit in cash and wait.
commonstock.com 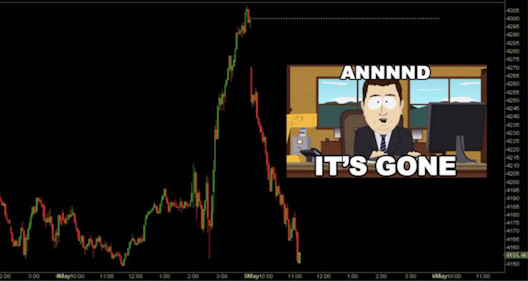 Giro Lino@girolinoApril 20
$2.9m follower assets
While the US is increasing rates, China is easing, which should represent a tailwind for growth stocks.
One can therefore construct a ‘barbell portfolio’ of traditional growth and traditional value stocks.
Both currently have favorable attributes.
$XLE $SPY $XLK $IWM
Sankha Narayan Guria@ngsankhaApril 20
Is it wise idea to get exposure to China via broad market based ETFs, if I do not understand the market well enough to value individual companies?
View 1 more comment

freedle@freedleMarch 20
Has the market bottomed?
TL; DR - yes and if not we're very very close to it.
The market has been on an incredible uptrend this last week. The big question being, has the market bottomed or is this a temporary relief bounce?
SECTOR ROTATION
In order to determine the market bottom you have to understand market structure and economic cycle. I won't try to get too advanced with this but this is a basic chart of how sectors rotate carry the market into bullish trends.
The most important thing to note in this chart is when you follow the red line, the market bottoms with "Finance, Technology, and Cyclicals."
Financials are always the first to bottom in the market. FINANCIALS always lead the way into a bull market. Tech soon follows.
With this information we can use the NASDAQ ($QQQ) and compare it to the Finance Sector ($XLF). We use $QQQ over $XLK because it holds a lot more tech within it on top of being a stronger indicator of the market.
Here we can see on Jan. 24 we created bottoms on both $QQQ and $XLK. We continue further on in the chart and we see that a new bottom is formed on both once again.
Now this is where things get interesting. On March 14 $QQQ creates a new bottom, meanwhile $XLK breaks out of its downtrend. After seeing this I entered leaps on a lot of stocks which I will mention at the end of this article.
Like we had discovered earlier through economical cycle we know that FINANCIALS LEAD THE WAY. That is the #1 indicator the market has bottomed out.
COPPER BREAKOUT
Additionally we can also use $CPER as a leading indicator to the market rallying.
Every single time we see the market is in consolidation and we see the $CPER break out, its likely that its going to be followed by a bull run. $CPER is a leading indicator. Above are just a few examples of what I mean.
TOTAL PUT CALL RATIO COMPOSITE
The PC can be used to determine whether we are in a bearish or bullish market. While we don't have a clear indicator here of how market sentiment currently feels it appears that puts are decreasing. We've been playing on the high end and have been seeing lots of puts in the last 3 months. Hopefully we can confirm a bull market and shift over into the green-yellow side on my chart.
FEAR AND GREED INDEX
Just one week ago the market was under extreme fear. However it looks like investor sentiment is going back up. Especially with news FOMC news already being factored in and not hurting as many expected and Russia-Ukraine war not affecting us too heavily, it looks like we have investors ready to step back into the market.
Be greedy when others are fearful, and fearful and when others are greedy.
CONCLUSION
Yes I do believe the market has bottomed out based on these market structure indicators. However this does not mean we won't see pullbacks or retests. Please don't try to predict the market unless you have the capital to risk. **REACT** DON'T PREDICT. The market could very well see a retest. Personally I'm only invested in $QQQ and still waiting for my entry $SPY. I do expect the S&P to pull back once more, at which point I will position myself accordingly.
CURRENT POSITIONS:
$CPER 28c 07/15
$QQQ 375c 05/20
$IWM 220c 05/20
$XLV 140c 05/20
$XLF 42c 05/20
$AAPL 190c 06/17
I am in for about 30-40% of my intended position size on all of these and have been positioned since the proposed market bottom date I presented above. I am already up plenty so be careful of chasing. I plan to add slowly on dips over the next 15 days. I am also looking to enter $NVDA $AMD leaps. Possibly Bitcoin sentiment leaps as well. 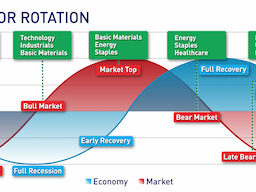 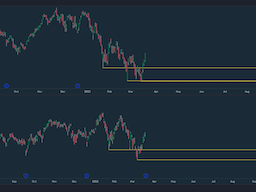 Giro Lino@girolinoFebruary 20
$2.9m follower assets
Food for Thought #5
### Edge of the chasm
On Tuesday, BofA released its Global Fund Manager Survey, a claimed report for identifying market sentiment and global trends.
Investors continue to see hawkish central banks, inflation, and asset bubbles as their main concerns. In addition, they continue expecting EM equities and Oil to outperform in 2022.
Source: BofA, Twitter.
Nevertheless, the chart above caught my attention, which shows yield curve flattening expectations have increased, reaching extreme levels seen only a few times in the past two decades.
> A flat yield curve is an indication that investors are worried about the macroeconomic outlook. A few reasons the yield curve may flatten is the market may be expecting inflation to decrease, lower growth, or the FED to raise the federal funds rate (“FFR”) in the near term.
### Two sides of the same coin
On Feb 6th, I wrote in the PRO section about how the ratio between the Russell 2000 (Small Cap Index) and the S&P 500 correlates with growth expectations.
From a fundamental perspective, the Russel 2000 small-cap ($IWM) index is composed of cyclical small-cap companies and shows signs of growing weakness.
Since November, the bottom-up consensus forecast for Russell 2k profit margins dropped 4p.p. in 2022. Also, roughly a third of Russell 2k stocks should report negative net income over the next twelve months.
Also, the spread between 10yr and 2yrs maturity USTs has confirmed the lower growth environment trend, pricing lower growth ahead.
Source: TradingView, Giro Lino. IWM/$SPY (Blue), and T10y2y (Orange).
Affected by lower growth expectations, the Russell 2000 also contains stocks popular with US retail investors, which tend to hold tech and small-cap stocks, have been weakening breath since 2021.
Source: GS, Twitter.
Although sentiment toward commodity and other value companies has been increasing since September of 2021, the companies representing these sectors in the Russell 2000 have been lagging Large Caps.
Baskets with higher exposure from retail investors have been suffering inflationary pressure on valuations, lower growth expectations, and aggressive retail outflow from equities — tech allocation fell to the lowest level since August 2006. We like that.
### Breakout Week
I’ve been writing a lot about the steady advance in commodities sectors, and they may (continue) be the most critical development in the financial markets.
My favorite sector as a proxy for implicit inflation is metals and mining. Recent events, such as easing policies in China to stimulate demand and US data, might have led to the next leg-higher for the sector.
Source: TradingView, Giro Lino. Metals & Mining ETF ($XME)
The second piece of evidence contributing to this thesis is the serial breakout in the bond markets (Japan, Germany, US,…) that soared through the past couple of weeks.
Source: TradingView, Giro Lino.
Finally, the last breakout of the week I’m using as evidence to my bull thesis on $XME is Brent, who broke a 12-years falling wedge. Also, the bull thesis for Oil continues to play out, as we vastly discussed over the past weeks.
Source: TradingView, Giro Lino.
Wanna keep reading the post?
Access my Substack, subscribe to the free news (Food for Thought), and enjoy the reading. 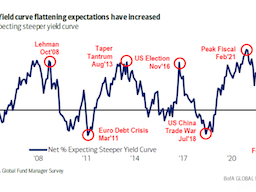 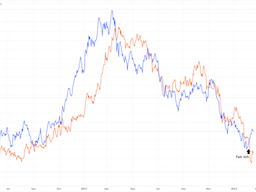 Django Brooks@django_brooksFebruary 22
Thanks for sharing! You said your favorite proxy for implicit inflation is metal and mining. Can you go into more detail as to why? Trying to learn more here 🙂
Add a comment… 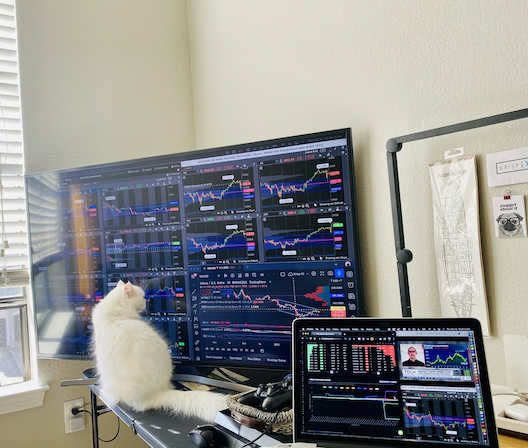 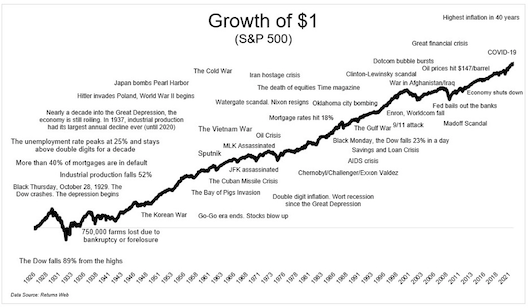 ParrotStock@parrotJanuary 25
Time in over Timing... Despite it's faults, America continues to find a way to march forward.
Add a comment… 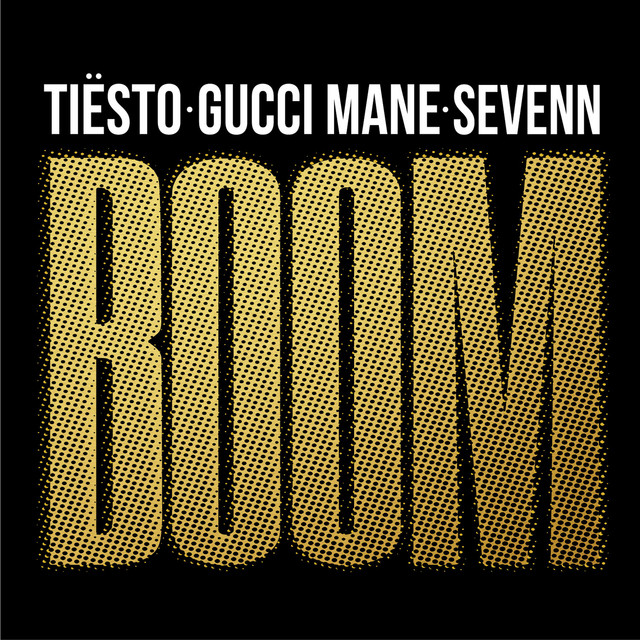 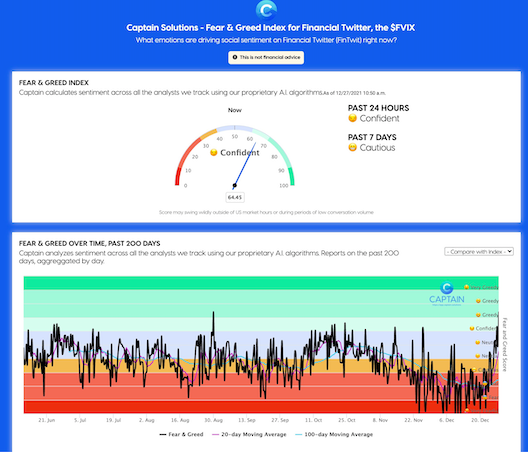 ParrotStock@parrot12/22/2021
$246.2m follower assets
Micro/Small Caps
With Large & (mostly) Mega-Caps propping up the index's for most of 2021, and much of the Micro/Small caps selling off 30%-70% during the same time period...
I think 2022 is presenting a unique opportunity for a rotation trade into micro/small caps. I'm looking at both $IWM & $IWC as possible vehicles for a trade. To me, the risk here is liquidity being pulled from the market could keep downward pressure on riskier equities. In that case, it may be better to pick out a basket of names with good balance sheets than bet on the index. I'm already heavily invested in many of those names, so it would be a matter of deciding to add to existing positions, or bet on the index as a whole.
Not making any moves yet, just putting some thoughts in writing to see how they sound in a few days.
Happy to hear other opinions in the comments 👇
🦜
SS@whodat12/22/2021
I agree IWM is heavily weighted on energy and financials as well with yield curve steepening I think financials get a bid - also IWM has been a laggard will benefit if money were to rotate in less riskier assets
View 6 more comments

Anthony Dewstow
@amdewstow
350 days
Commonstock is a social network that amplifies the knowledge of the best investors, verified by actual track records for signal over noise. Community members can link their existing brokerage accounts and share their real time portfolio, performance and trades (by percent only, dollar amounts never shared). Commonstock is not a brokerage, but a social layer on top of existing brokerages helping to create more engaged and informed investors.