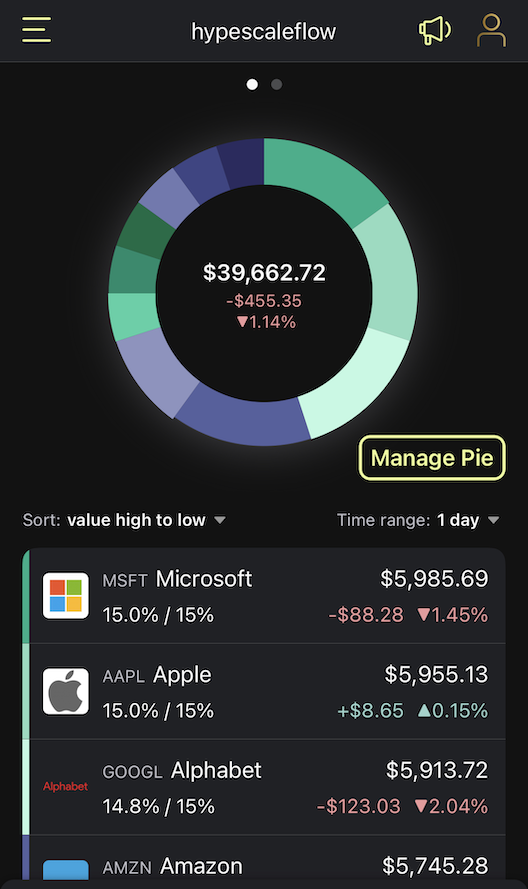 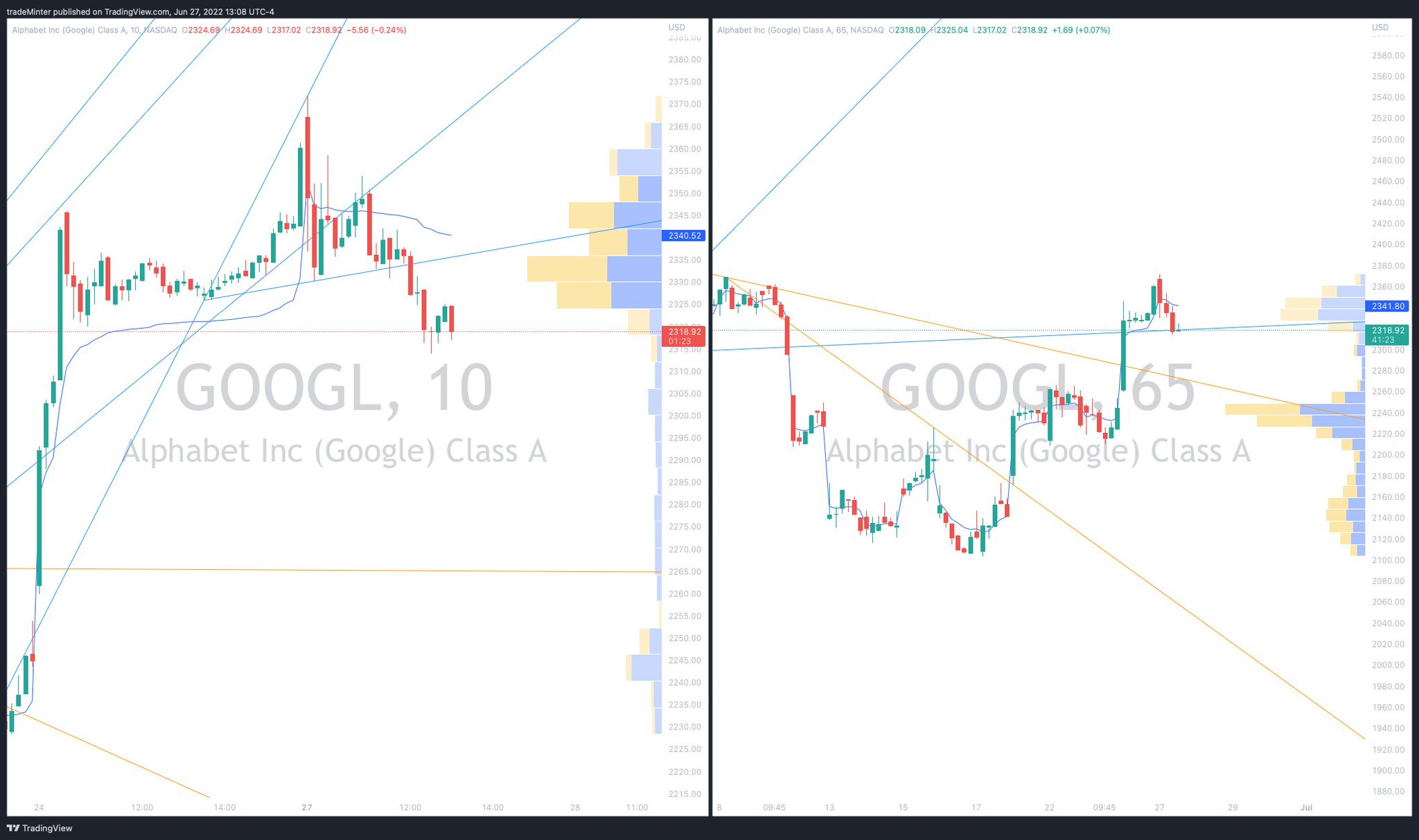 Samuel Meciar@sammeciar5d
$14.5m follower assets
YouTube's future potential.
I truly believe $GOOGL's YT has some insane optionality given the character of the platform.
Here's 3 paths I can see them working on forward:

yes yes yes you know by now I'm a huge bull on cloud gaming. but seriously - gaming has been a huge part of YouTube community since the beginning. YT has been ramping up efforts to attract streamers from Twitch too lately, a lot of gamers among those. Why not let people on desktops, consoles and TVs have an option to launch the game directly through Stadia for games they have in Stadia library as they watch a YT gameplay?
or why not work with the dev teams of some of the most popular titles to say have an ability to let streamers of games invite viewers in game by letting them join with ease of a click, especially with games like Among Us or generally those with a community multiplayer focus?

seriously, I can't believe YT hasn't done this yet. we're facing some of the toughest challenges in the labor market as much of the positions get automated, the need for reeducation of workforce is so important!
why not partner with the leading companies across sectors, leading universities and schools and develop a YT sub-platform focused on high grade edu content and let employers and general public access it all in one place if they pay for a subscription?

(now AFAIK this is being worked on) just about any creator has some form of their merch. develop a place inside YT platform to list, shop for those goods, pay for them with ease through Google Pay. Perhaps partner with services like $SHOP and make it easy to integrate their listings onto the platform in case they already have a dedicated store.
Joey Hirendernath@joeyhirendernath5d
When you compare YouTube and Netflix, it makes Netflix seem really unattractive by comparison.
View 13 more comments

Samuel Meciar@sammeciar5d
$14.5m follower assets
Portfolio changes - update 16
decided to swap my $TEAM shares for $NOW. $TEAM is a big player in a software tools space, primarily for SW Teams, IT Teams and Business teams. every single of those categories I have an exposure to mostly through players like $MSFT $GOOGL $CRM and will have to some degree through $NOW but a lot more besides that.
this company was going through my mind for a bit, even researched it before and was prepared to buy in but paused it then because I believed there's not much stuff it adds to my overall exposure given that I had multiple companies that had some similar pieces of solutions to ServiceNow. a lot has changed since then, as you can see and now I believe it fits my portfolio well. this weekend and on Monday I finally went deeper again and I'm convinced I found a lot of great things I like to look at, an awesome fit for my aggregated exposure around specific investment themes around which I built my portfolio, their optionality in the space is truly insane and the leadership is nothing short of excellence. it scored very high, placing it at 4th place when ranking the amount of spaces I want to be exposed to, just behind $MSFT $GOOGL and $SNOW.
so I ended up buying $NOW today and also added to my semi allocation $AMD and $NVDA to compensate for the liquidation of my $QCOM position, like I discussed in my other post.

Modern Growth Investing@growthinvesting5d
Yeah I agree i like $NOW > $TEAM currently, but I will be dropping them after 2-3 years and buy another player!
Add a comment… 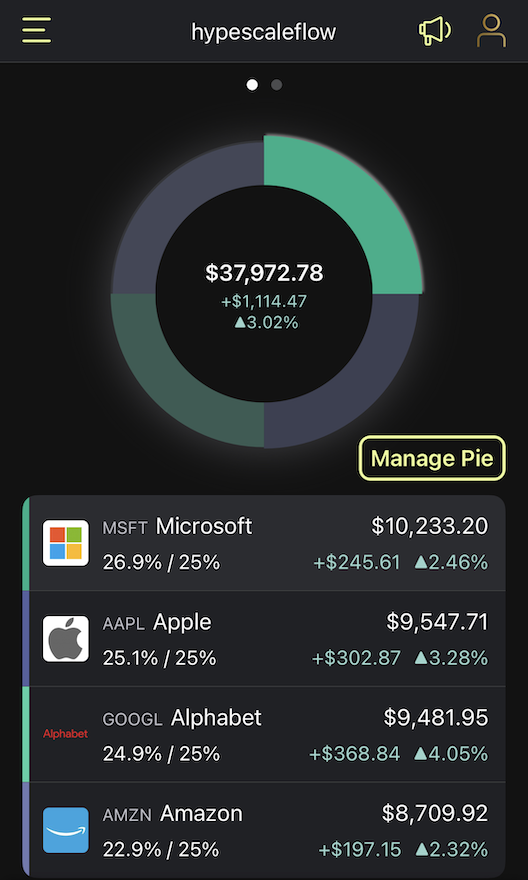 Also sold my initial position in $ZS. As much as I really like the company, I realized I'll be probably better off going for $NET as their product portfolio covers Zero Trust Security and Web Application pretty nicely with Cloudflare One and other products, so I consolidated into the one I like "more".
Neil@couch_investorJune 16
I hope your GFs last longer than your positions lol
View 4 more comments

Xi Cheng
@per
1795 days
Commonstock is a social network that amplifies the knowledge of the best investors, verified by actual track records for signal over noise. Community members can link their existing brokerage accounts and share their real time portfolio, performance and trades (by percent only, dollar amounts never shared). Commonstock is not a brokerage, but a social layer on top of existing brokerages helping to create more engaged and informed investors.