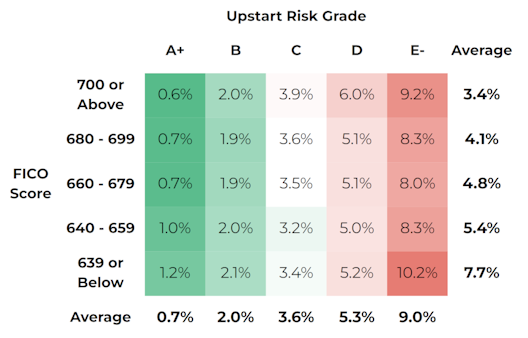 Young Money Capital@youngmoneycapital6d
$19.6m follower assets
Housing Slowdown
Another data point that there is going to be a housing slowdown, provided by $FICO. 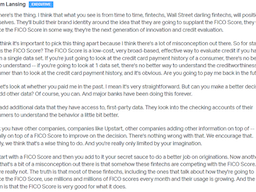 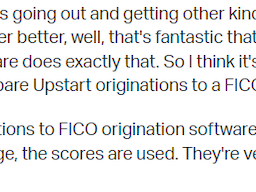 HPBusch@huntingpapersbusch2d
What a great answer! I have always looked at $UPST and $FICO as being competing forces but it's rather an analogy of strainers.

Young Money Capital@youngmoneycapitalMay 4
$19.6m follower assets
$FICO Share Price Divergence
$FICO has recently had a pretty significant diversion from ntm EBITDA vs their share price. I believe most of this diversion is due to concern around an FHFA ruling. An adverse ruling does not change my long-term thesis. 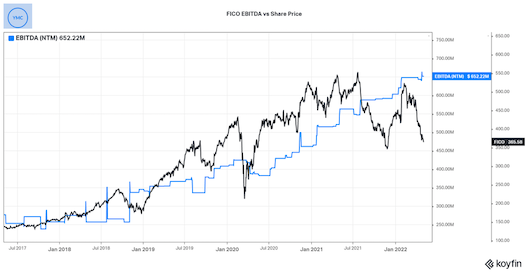 Modern Growth Investing@growthinvestingMay 4
What was the ruling?
View 3 more comments

Young Money Capital@youngmoneycapitalApril 28
$19.6m follower assets
$FICO Crushed Another Quarter
$FICO reported earnings yesterday and they had a clean beat and raise on both the top and bottom line. FICO has had a streak of impressive quarters and this one was no exception.
Despite the mortgage origination headwinds, FICO was able to grow its scores segment due to pricing power and growth in other segments.
The story around Fico being disrupted remains a fairy tale. They have not had a single defection and no threats of major customers leaving.
There has been no update regarding the FHFA ruling. Regardless, I don’t think a poor ruling will have a material impact on their moat.
Software growth remains very strong with revenues up 19% adjusting for divestitures. Platform revenue ARR growth (where they are transitioning too) was up 60% YoY and Platform DBNRR was 141%. As a standalone business, what would be their P/S multiple?
This impressive ARR growth does not include the big contract that they signed at the end of the quarter. This should bump their Platform ARR growth next quarter.
Fico continues their strategy of taking private, publicly. They bought back over 2% of
their float and authorized another buyback. They’re levering up, and continuously hammering their share count.
Overall, an extremely impressive quarter from $FICO. Tomorrow, I will release my Earnings review on $VLY. 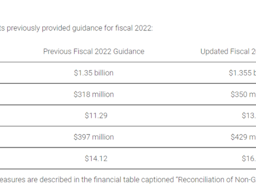 Young Money Capital@youngmoneycapitalApril 28
$19.6m follower assets
$FB Earnings Review
$FB reported earnings yesterday and popped 15% as of this writing. I believe the jump was warranted on the increased user engagement. The market is confident that the macro issues will eventually subside, but were reassured about competition.
Meta’s family DAP increased 6% YoY. Even more reassuring, their family DAP/MAP ratio remained constant at 79% suggesting stronger engagement. Also, Meta’s total impressions increased 15% YoY, suggesting people are spending more time on Meta.
In terms of Facebook blue, UCAN DAUs ticked up and total DAU’s were up 4% YoY. More importantly, the DAU/MAU ratio ticked up to 67% suggesting stronger engagement as well.
Zuck’s comments during the earnings call further point to increased engagement and the increasing popularity of reels.
Revenue was up 10% after accounting for foreign exchange changes and the guide was light. Monetization was not as strong as many analysts hoped for, but this seems like a short-term headwind that the street is more than willing to look past.
Zuckerberg seemed unconcerned about the monetization of Reels. He reminded investors that Facebook has a blueprint for it and they will be able to monetize as long as the engagement is high. If Zuckerberg is unconcerned, so am I.
In terms of capital allocation, Meta bought back $9bn of stock, but I was slightly disappointed management did not hammer the buyback at lower prices. Even so, the buyback is still significant and they have almost $30bn remaining.
Zuckerberg also appears to be listening to the street that they are not thrilled with the metaverse spend. He dropped the expenses estimates by $3bn. Even at the lower level, if Facebook loses the battle for the metaverse, it will not be because of a lack of capital deployed.
Overall, I thought it was a great quarter. I will be releasing $FICO report later today and hopefully $VLY tomorrow. 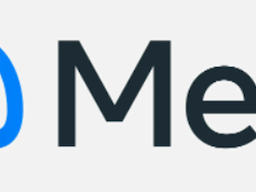 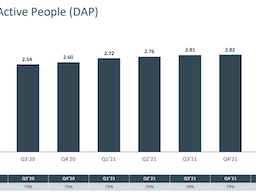 Conor Mac@investmenttalkApril 28
Writing something up myself too, pretty shocked that Zuck told investors what they wanted to hear this quarter, lol.
View 2 more comments

Young Money Capital@youngmoneycapitalApril 11
$19.6m follower assets
$FICO Write Up
$FICO is one of the highest quality businesses. Similar to $SPGI and $MCO, it is the standard for securitization of loans. My full write-up is here
https://t.co/xve5rNmH9a
FICO: The Industry Standard
Analyst: Young Money Capital
t.co
Joey Hirendernath@joeyhirendernathApril 11
You always write about the most obscure companies, I love it.
View 1 more comment

Young Money Capital@youngmoneycapitalApril 8
$19.6m follower assets
$FICO Investment Report Will be Released on Monday
On Monday morning, I will be releasing my investment research into $FICO. Sign up here to get the article right into your inbox. 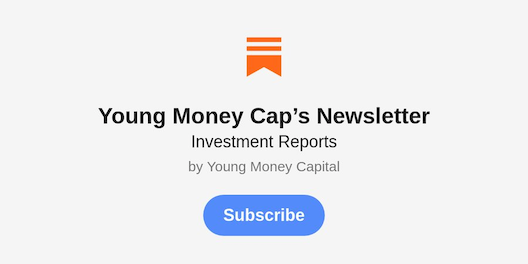 Conor Mac@investmenttalkApril 8
Loved the pitch at the market game today sir, i voted for yours :)
View 3 more comments
Next

Sean
@jiggy
42 days
Commonstock is a social network that amplifies the knowledge of the best investors, verified by actual track records for signal over noise. Community members can link their existing brokerage accounts and share their real time portfolio, performance and trades (by percent only, dollar amounts never shared). Commonstock is not a brokerage, but a social layer on top of existing brokerages helping to create more engaged and informed investors.