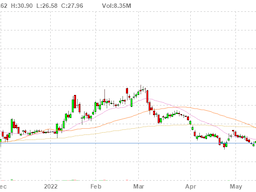 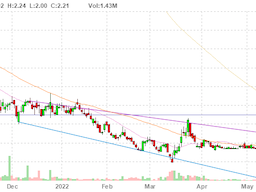 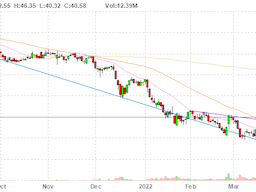 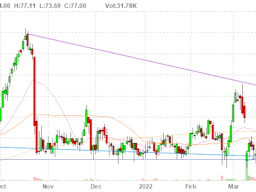 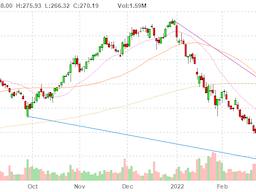 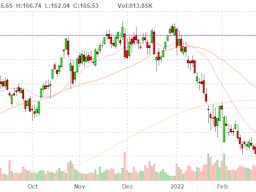 Strat Becker@stratApril 25
$19.1m follower assets
The Truth About Truth Social
Digital World Acquisition ( $DWAC ) is planning to merge with Trump Media & Technology Group. While the ability of this merger to close is questionable as highlighted by great reporting by @kerrisdalecap, a scenario where the merger closes could have over 95% downside. PT: $1.88
TMTG claims it will have over $3 billion in annual revenue from its streaming service TMTG+ by 2026. However, the company will not have enough cash to fund necessary content additions to achieve scale and will be operating in a commoditized industry
The belief of having 40 million TMTG+ subscribers is a fantasy and believing they have pricing power greater than Disney+ is just as much of a folly. If operations commence they will likely be as unsuccessful as CuriosityStream ( $CURI )
Truth Social also has minimal odds of success. Its algorithm promotes harmful conspiracies such as claims the Bucha Massacre was perpetrated by Ukraine, and feeds are flooded by bots. Advertisers will not have high ROIs and risk association will prevent onboarding/create low CPMs
While the SPAC presentation projects billions in revenue, I believe the company will have revenue of less than $200 million in 2024. The high Capex nature of TMTG+ will also quickly bleed the $1 billion PIPE and force massive dilution or debt financing to avoid insolvency imo
In conclusion, I see a scenario where the DWAC/TMTG merger occurs as no different than the last time Trump was the face of the public company. In my opinion, the best-case scenario is the deal being blocked and the stock falling 75%
You can read the full report here: https://dueyourdiligence.substack.com/p/the-truth-about-truth-social?s=w
The Truth About Truth Social
When the best case scenario is the merger not being approved
dueyourdiligence.substack.com
Bradley Freeman@stockmarketnerdApril 25
I don't do outs or short. But if I was ever considering it...... 👀
Add a comment…

Breakout Point@breakoutpointApril 22
$16.8m follower assets
Meme-wars resume
short-verse vs retail-verse is one of our 🔥 dynamics
we had next round this week after Kerrisdale published a short call on $DWAC
they have actually been very active and successful in flagging meme-stocks last year:

Nate Pabrai@nateApril 20
$31.6m follower assets
Tomorrow Elon Musk will announce
Starlink is merging with $IPOF in a SPAC 🙂 . It will be similar to the price jump when $DWAC was announced.
DWAC price explosion after the spac target announcement: 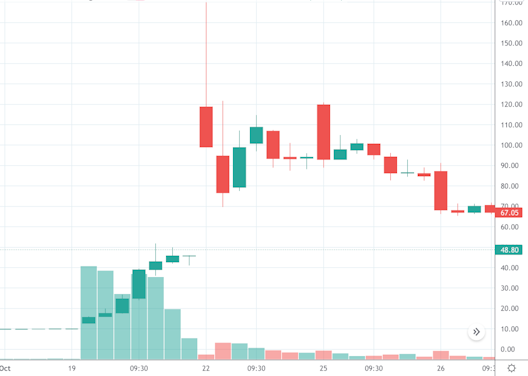 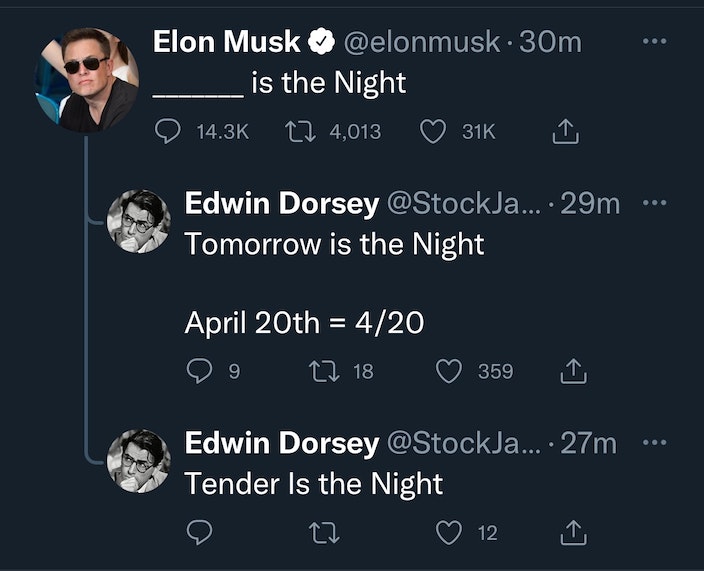 Dissecting the Markets@dissectmarketsApril 16
$19.4m follower assets
The 2022 midterm elections are heating up
Right now, we're in April. The midterm elections happen this November. That's 8 months away. As we near the midterm elections, political ad spending will continue to grow. $FB $TWTR $CFVI etc. will all reap the benefits of it.
And if Truth Social opens up to the public, then $DWAC will also get a piece of the pie of the political ad spending.
Great time to buy the dips on social media stocks in my opinion.
Strat Becker@stratApril 16
I’m pretty sure $CFVI is pre-rev right?
View 3 more comments

Hedge Vision@hedgevisionApril 15
$123.8m follower assets
Some people are very out of touch...
Saw this post on Instagram, just goes to show how some people really have no idea what they're talking about...
​
​
"The new low price allows $DWAC (Truth Social) to purchase Twitter or Twitter ceases to exist after filing bankruptcy" Yeah, with what money though... 😂 Trump has a net worth of $3 billion, while $TWTR has a market cap of $34 billion. Meanwhile, there’s no reason for Twitter to go bankrupt anytime soon.
​
Scenario #2 is just so unlikely, there's no reason to merge with Truth Social at all, no one really uses the platform in the first place.
​
Scenario #3 is somewhat reasonable.
​
Just a funny post overall

Dissecting the Markets@dissectmarketsFebruary 26
$19.4m follower assets
Truth Social is going mainstream
Many people are waiting in like to get access to Truth Social. $DWAC investors are pumped as many high-profile right-wing influencers get on the platform and advertise it to their fans.
Currently, they’re slowly letting users in as they are figuring things out as they go. So far, they aren’t placing ads on the platform as they want to focus on smoothness and functionality.
The reviews currently are great and many are stoked to get an account on the platform.
Truth Social has a long way to go in becoming profitable. Unlike Parler, at least Truth Social isn’t sourcing their cloud services from $AMZN or other Big Tech companies but instead from Rumble $CFVI, who already has a profitable business.
Rumble has seen growth surge as another right-wing social media platform, GETTR, has seen its growth surge due to Joe Rogan and MTG’s exodus to that platform. The company saw more video consumption since then.
Today, $DWAC is overvalued. How long it will take the company to fulfill its valuation is yet to be seen. The volatility of the stock and how it’s defying the market correction makes some compare it to $TSLA during the pre-pandemic days as the stock would remain strong despite trade wars, Brexit fears, etc.
Thoughts?
Strat Becker@stratFebruary 26
From my perspective as someone who has worked in content monetization for years, it's a project that is doomed to fail. Doesn't matter that they're not tied to AWS, there simply just isn't a path to profitability. The lack of content moderation cripples potential ARPU since advertisers simply don't want to take the risk of being located in tandem with something risky, and their age demographics likely won't be favorable for monetization either. Furthermore, they've stated plans to make tons of content, meaning their capex is going to be extremely high. Despite the market valuation from a similar fashion to people holding AMC, I'd be willing to bet the company can't become profitable, burns through its SPAC money at an incredible rate and is forced to dilute shareholders or raise debt in short order
View 8 more comments

Doge@dogeinvextingFebruary 3
$DWAC
Starting the month off on a good note.
$DWAC 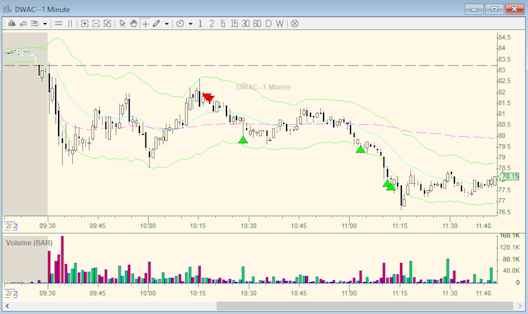