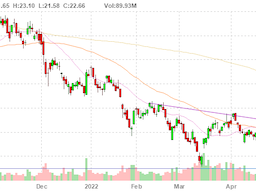 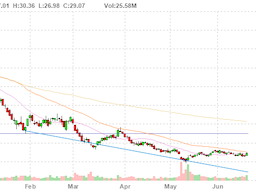 MHM@getinvestingApril 27
Trading Chronicles 27/04/22 - $AMR trade
Got stopped out of $AA earlier for £-55 loss. Took a redemption trade on $AMR and this paid £124.95 so I'm up by £69.85 on the day!
$AMR could go to $161 tomorrow but I was nervous holding it overnight in a choppy market. Baby steps to build back my confidence after a massive drawdown in stocks last week.
Hoping for another big move in $BTU and $CEIX tomorrow! 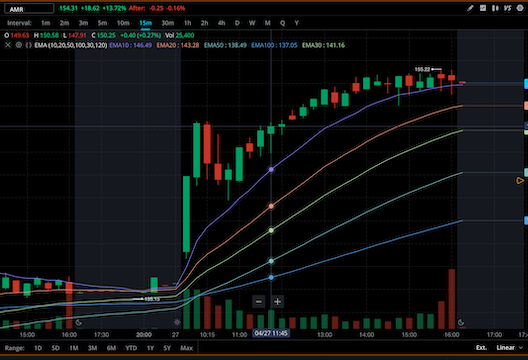 MHM@getinvestingApril 24
Energy will still reign supreme $XLE $XME
I believe the move in energy is not over. Brent Crude is still flagging and coal looks set for a continuation move with heavy accumulation still.
By the end of this year, we should be seeing $BTU at $70-100 and $CEIX should be at $100 or more. 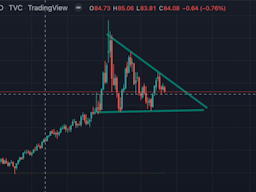 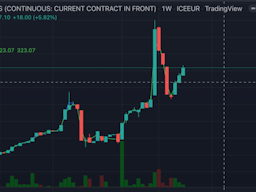 Walter Neehra@wneehraApril 25
Very much interested in hearing more about energy. Scared we're near the top but then again there's a lot of tailwinds that can keep the move going. Can you say more about why you think $BTU will be at $&0-$100 by the end of the year? Purely because energy prices will continue to go up?
View 5 more comments

Scoreboard Investor@scorebdinvestorMarch 19
$15.2m follower assets
Investing Journey - The Robinhood Years - "Buy Low, Sell High"
My first entry in this series was about my 401k, which you can check out here.
Shortly after starting my career a friend told me about a stock trading app called Robinhood. This was Summer 2015. As I have detailed previously, I had no education in investing, but I knew the general concept was to "Buy Low, Sell High". How hard could it be?
After the recommendation from my friend, I downloaded Robinhood and put some money in my account. Now what stocks to pick...?
Initial Purchases
I found my 2015 1099 from Robinhood, so I have some details on what I bought. I remember some of my decision making process and will detail as best as I can:
$F - I was working in the Automotive industry and had heard Ford $F was re-introducing the Bronco. Genius! This was going to skyrocket $F stock! So I bought some. 10 shares at $14.22, $142.20 total.
$CEIX - I am a huge Pittsburgh sports, and especially Pittsburgh Penguins, fan. At the time they played at the Consol Energy Center. If a company can sponsor naming rights to an arena, they must be a good company, right? And it is the arena of my favorite team? I have to buy this stock! 10 shares at $7.73, $77.30 total.
$FEYE - I took investing advice from my mom on this one. She had told me that her boss had recently made an investment in this cybersecurity company. I thought the guy was pretty smart, so I bought some. 5 shares at $22.65, $113.25 total.
$AXAS - This one is a real head scratcher. Trying to think back to my psyche then, I think Abraxas was a player in shale drilling operations in Western Pennsylvania. I thought this was the future of energy, and bought some shares. 100 shares at $1.41, $141 total.
After I bought, I saw lots of volatility in the short term. I don't remember when I sold or for how much. All I remember was that Fireye plummeted and I was traumatized. Seeing the red and the straight line down was enough for me. Ford was not taking off like I anticipated, and the release of the Bronco was still years away.
Over the course of the next year, or so, I sold my positions (most at a loss) and ultimately closed my Robinhood account.
Where are these companies now?
If I would have held those initial investments, they would be worth the following:
$F - $16.90 per share, $169 total, 19% gain
$CEIX - $33.80 per share, $338 total, 337% gain 🤯
$FEYE - Sold off part of its company and re-listed as $MNDT. 5 shares at $22.10, $110.50 total, 2% loss
$AXAS - $2.16 per share, $216 total, 53% gain
Moral of the Story?
My takeaway from this period is that I was not ready for stock picking or as smart as I thought I was.
Additionally, looking back at if I would have held, I would have had some winners - emphasizing the importance of buy and hold.
This experiment scared me away from individual stocks for ~5 years. I realized that picking stocks was very difficult and not as simple as "Buy Low, Sell High".
I wanted to stay invested, but needed something that did not require me to pour hours and hours of research into my picks. What was that next move going to be? That, my friends, will be in my next post.
Thank you for following along and have a great weekend!
Scoreboard
commonstock.com
Next
Commonstock is a social network that amplifies the knowledge of the best investors, verified by actual track records for signal over noise. Community members can link their existing brokerage accounts and share their real time portfolio, performance and trades (by percent only, dollar amounts never shared). Commonstock is not a brokerage, but a social layer on top of existing brokerages helping to create more engaged and informed investors.