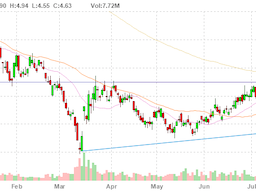 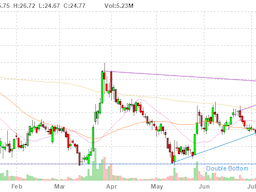 Dissecting the Markets@dissectmarketsAugust 31
$19.6m follower assets
A growing worldwide drought will cause food prices to soar
Many of the foods we eat and the beverages we drink require tons of water. Beef and milk are highly water-intensive to produce.
When comparing beef burgers to plant-based burgers, plant-based burgers require a lot less water for production.
As for the types of milk and the amount of water needed for production, oat milk and soy milk are the least water intensive.
As rising water prices and droughts hurt the food supply chain and eat up more of consumers' pockets, we will see plant-based food and beverage producers like $BYND and $OTLY seeing high demand for their products. Their products are less water-intensive than conventional foods. Also, because they require less water for production, the prices of those items will grow less than the price of dairy milk and beef.
These beaten-down food startups look like bargains at their current prices in the scenario where these startups are our best hope in feeding a world amid a worsening drought. 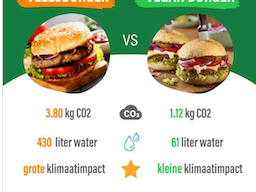 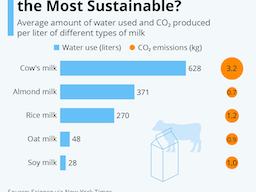 Luka 🦉@stock.owlAugust 31
I often eat vegan burgers from $BYND, and I like them a lot. I am also happy that one of my holdings, Tyson Foods' $TSN, has its plant-based meat brand, and I think this market will keep growing.
Another sector I try to watch is related to Lab-grow-meat; it will be a real deal breaker imo.
View 5 more comments

Dissecting the Markets@dissectmarketsAugust 1
$19.6m follower assets
$PEP overpaid for its stake in $CELH
Background
Recently, CNBC reported that PepsiCo took a $550 million stake in Celsius. In this deal, PepsiCo will help Celsius gain more shelf space in existing retailers and expand more into independent stores (i.e. gas stations). At the same time, PepsiCo gets an 8.5% stake in Celsius.
During the early days of the pandemic, PepsiCo bought out energy drink maker Rockstar to diversify its beverage portfolio outside of soda. Since Celsius recently overtook Rockstar in popularity, PepsiCo sees its stake in Celsius as a way to hedge against a potentially lousy buyout deal.
There have been rumors that $PEP could see itself acquiring $MNST, but those rumors disappeared recently when PepsiCo chose to invest in Monster Energy's rival, Celsius.
The issue with the deal
$CELH is currently trading with a PE of 783.75. Basically, PepsiCo acquired its stake at nosebleed valuations. Being a company whose products recently became popular, it's hard to tell whether their products will continue to be popular among consumers or prove to be a fad.
Another concern with Celsius is that its internal controls are "materially weak". The weakness of their internal controls makes the company's financials ripe for fraud. Hopefully, PepsiCo's deal with Celsius won't resemble General Motors's deal with Nikola under the leadership of Trevor Milton.
Even if the company is hiring accountants with decades of experience and is working with their auditors to improve their internal controls, there's a strong risk that the company might have to restate their financials and those restatements could show that their revenues are a lot lower than what was originally reported.
My concluding thoughts
The Celsius deal doesn't mean much to PepsiCo considering that it has other bets to bank on for growth, like their partnership with $BYND and its numerous investments in expanding recycling access and making its bottles 100% recyclable will give the company access to more consistent pricing on plastic overall as it looks to buy the plastic directly form recycling centers rather than from producers of plastic.
This company will continue to pay dividends and raise prices alongside inflation.
These modular pop-up plastic-sorting facilities can help end ‘recycling deserts’
With $35 million from PepsiCo, this new initiative wants to bring recycling capacity to where none exists—and expand the supply of recycled plastic.
Fast Company
Reasonable Yield@reasonableyieldAugust 2
I am not sure valuing Celsius on a price to earnings ratio is warranted, but tend to agree with the conclusion all the same. Their operation in China lacks the disclosure I would like as an investor, regardless of how popular the drink is.
That said, Pepsi is huge and can afford the risks.
View 1 more comment 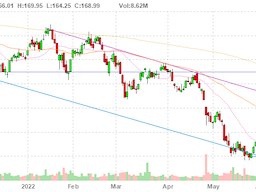 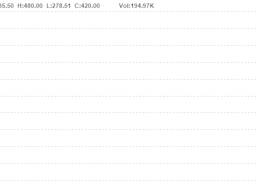 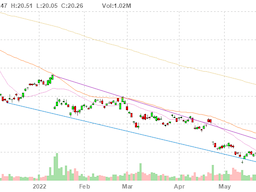 WiijiiApp@wiijiiappJune 23
Busted Stock 📉or Busted Story📖?
Beyond Meat $BYND was hit hard by the pandemic as its gross margins almost went to 0! Will this stock make a comeback?
Here is its performance over the past two years:
Busted Stock or Busted Story?
9%Busted Stock (bullish)
90%Busted Story (bearish)
11 VotesPoll ended on: 06/24/22
Joshua Simka@tomatoJune 24
It's going to take some incredible marketing to get the masses to buy this stuff. And the price will have to come wayyy down. I realize some people are very passionate about this space but for now, I had to vote busted story. 📉
Add a comment…
Next