Hedge Vision@hedgevisionJune 14
$114.9m follower assets
BlackRock Discloses Massive Position in $BP?
Sometime during May, BlackRock acquired 1.93 billion shares of $BP, cementing their bullish stance on oil and gas. They are now the largest shareholder by a wide margin with a 10.1% stake.
I'm not seeing this publicized anywhere, which makes me think that I'm interpreting it wrong. Any thoughts?
https://sec.report/Document/0000834237-22-009738/
https://fintel.io/doc/sec-blackrock-inc-313807-sc-13g-2022-june-09-19152-4672
https://fintel.io/i13d/blackrock

Dissecting the Markets@dissectmarketsJune 14
Is it because their $BGR or $BCX fund managers increased their stake in that specific company?
View 1 more comment 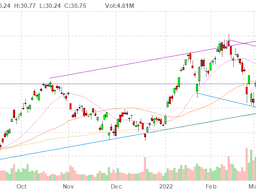 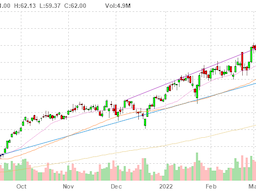 T.@theanonymousprofitMay 1
What to watch for the week of 5/2/22.
Are you prepared to take on the markets this week? Here’s a watchlist that I created of some potential catalysts I’ll be keeping an eye on and looking to trade for the week beginning May 2nd. Feel free to save it for reference, share it in your trade groups and repost it on your social media page. Also be sure to follow me. Let me know what you’ll be watching in the comments.
$ABNB $SQ $LCID $DKNG $ETSY $NIO $PFE $AMD $RCL $ANET $BP $FSR $CHGG $QSR $MRNA $ENB $SPY $SWBI $TWLO 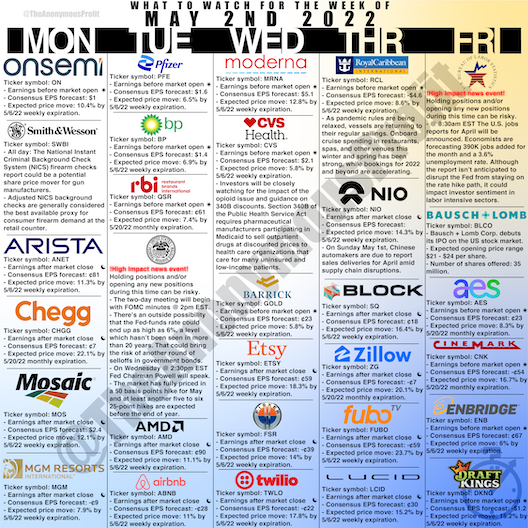 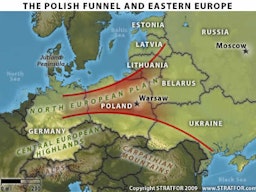 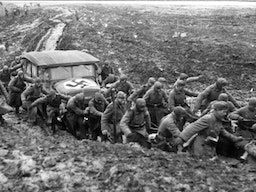 Nathan Worden@nathanwordenMarch 1
Really great overview— thanks for putting this together & providing background. The world is watching closely.
View 4 more comments

Taylor@taylorsulikFebruary 7
$96.8m follower assets
Bought JOBY
Joby Aviation at $3.65
February 3
1 of 4
Portfolio Update - February 7th
Figured I would hop on the trend today and share my full portfolio.
This encompasses 3 separate portfolios; my long term retirement IRA, my higher risk/higher reward 1-5 year investments, and my cryptocurrency account.
My biggest surprise on allocation is $BP to be honest, not much of a traditional energy follower, however, am interested in seeing what happens with oil over the next few months as well as their foray into the renewable energy space.
Even at 6% allocation, I may continue to add to $CRWD at these prices. The cybersecurity business is picking up, even amongst companies I work with and the state of Massachusetts.
Not included in here is recent starter positions in $JOBY $CORZ $SOFI and $CHPT
Would love to hear your thoughts // roast my portfolio! 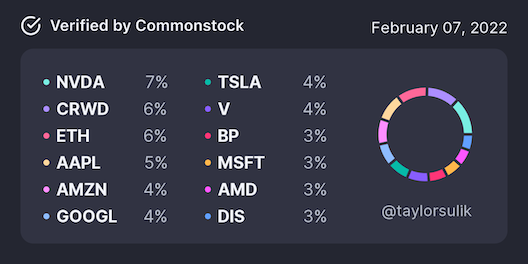 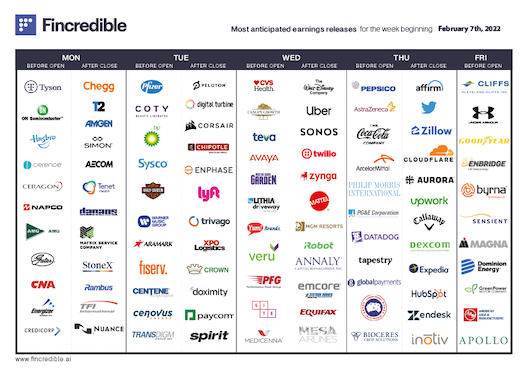 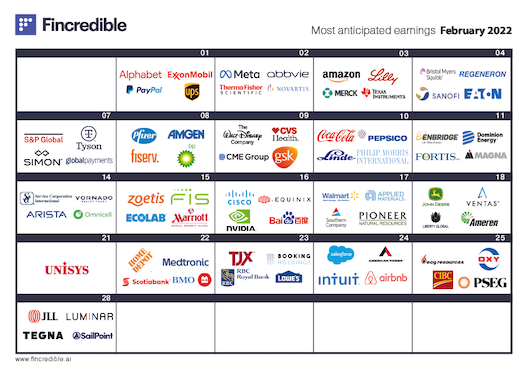 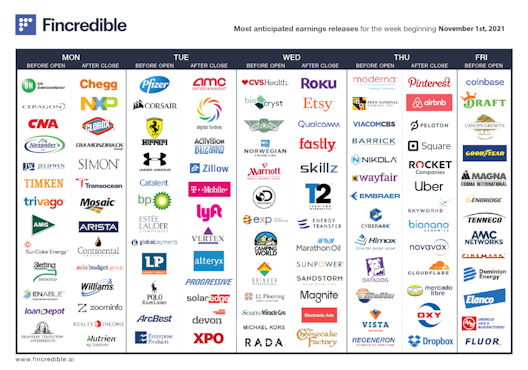 Rob
@coromandelrob
817 days
Commonstock is a social network that amplifies the knowledge of the best investors, verified by actual track records for signal over noise. Community members can link their existing brokerage accounts and share their real time portfolio, performance and trades (by percent only, dollar amounts never shared). Commonstock is not a brokerage, but a social layer on top of existing brokerages helping to create more engaged and informed investors.