Thanks for reading! Until next week.

If you'd like an easier way to track earnings dates, you can automatically sync your portfolio's earning dates to your personal calendar with just a couple of clicks here.
TUE: 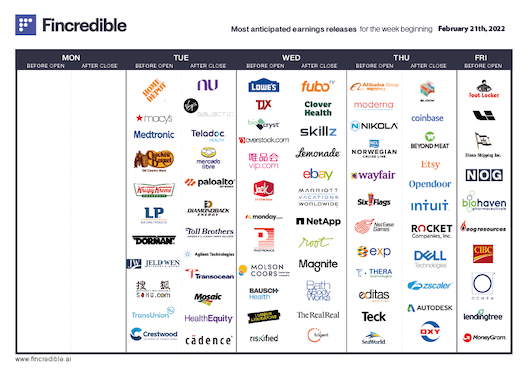