Modern Growth Investing@growthinvestingSeptember 13
$31.9m follower assets
$APP withdraws buyout offer for $U, clear pathway for $U x $IS, I am concerned about $U management
$U is betting on $IS which I think is a subpar team, similar to $U itself which also sucks at execution.
I am a shareholder of $APP and $IS so this result works incredibly well for me in the long term as I have access to two giants $APP and $U x $IS
I am happy that this works out in my favor but kinda disappointed as $U x $APP would have been a monopoly of $META scale(probably bigger over the next 10+ years), let's see, fun times ahead. 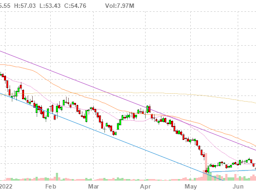 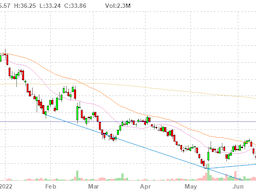 Modern Growth Investing@growthinvestingAugust 11
$31.9m follower assets
$APP CEO Adam Foroughi on the $APP x $U deal and building a big business
I have the passion and drive to lead an exceptional team to building a $100 billion company, and we will do that here with or without this deal. But we’re definitely excited that this merger can accelerate both of our paths to that goal - $APP CEO Adam Foroughi
twitter.com

WiijiiApp@wiijiiappAugust 11
🤝 Deal or No Deal? 🤝
In July, Unity $U announced a deal to buy ironSource $IS. On Tuesday, AppLovin $APP made a bid to acquire Unity for $58.85/share, 18% above the stock’s price at the time. Under the terms of the deal, Unity would have to abandon its deal with $IS.
What should Unity $U do, acquire, or get acquired?!
Here is where $U's valuation currently stands against other software stocks.
Leader of the pack?
AppLovin $APP generates $3.42B in revenue which is almost three times Unity’s $U $1.2B and almost five times ironSource’s $IS $623m.
You can look at the detail here.
Or falling behind?
AppLovin $APP has the slowest revenue growth rate at 3.6% compared to Unity $U at 36.3% and ironSource $IS at 58.4%. $APP isn’t exactly operating from a position of strength based on how it stacks up.
Cash is king
Growth aside, AppLovin $APP has generated the greatest cash flow over the past 12 months.
You can view these companies' FCF details here.
If you want to see the complete analysis of these deals, you can read it in our newsletter 👇.
https://mailchi.mp/39df6c3fea5e/weekly-wiijii-15532453 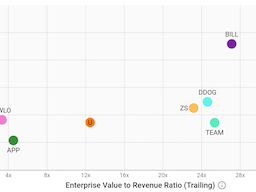 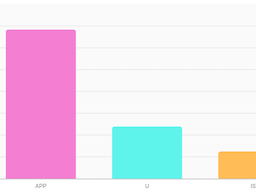 Terry Osayawe@osayawe_terryAugust 10
Unity Software (update)
$APP makes an offer to buy $U (Unity software) in a $17.54B all-stock deal or $58.85/share, in order to derail Unity's announced plan to acquire AppLovin's smaller competitor ironSource for $4.4B
Unity will own 55% of the combined company's outstanding shares, representing about 49% of the voting rights.
Unity's software has been used to build some of the most-played games such as "Call of Duty: Mobile," and "Pokemon Go", while AppLovin provides helps developers to grow and monetize their apps.
Wedbush Securities: "The proposed price for Unity appears well below its intrinsic value, and we would expect Unity to reject it for that reason. We think interference with the ironSource acquisition is problematic and will cause Unity’s board to tread very carefully before agreeing to a sale outright."
$U is 13.3% of your portfolios
Conor Mac@investmenttalkAugust 11
Do you own any $U?
View 1 more comment

Investor from Nepal 🇳🇵@investor_from_nepalAugust 10
$111.3m follower assets
$U is drama queen of the stocks world
Another day, another Unity drama. Unity seems like it can’t catch a break 😂. A few of the Unity dramas in the past month are:
investorfromnepal.substack.com
Leon@mavixAugust 10
I think $U needs a new CEO. The company has so much potential with their solutions, but the execution is quite bad
View 7 more comments

Modern Growth Investing@growthinvestingAugust 9
$31.9m follower assets
Seeing a lot of bad takes on $U and $APP merger
The premium looks small to $U shareholders, but if you are willing to take the long view this is an incredible merger building a business that can effectively trade punches with $AAPL and $GOOG
I am a shareholder in $APP and $IS both and I think $APP x $U is an incredible opportunity for the long term.
I hope it goes through, if you are a shareholder of $U or $APP and have any questions/concerns please leave a comment and I can help you see the light.
Take the long view.
Neil@couch_investorAugust 9
Don't you see this proposed deal as $APP not wanting to be left behind when Unity merges with $IS ?
And as $U holder, of course I'm looking at the premium and how much power Unity shareholders will have after the merger (in this case, less than the ironSource deal)
View 19 more comments

Nine to Five Investing@ntfinvestingAugust 9
$20.3m follower assets
$U
I’m out on $U. The last few months have been a mess. I’ll wait for the dust to settle and reevaluate the landscape with $APP, $U, $IS later. I’m going to pass on sitting through another earnings report.
Steve Matt@interrobangbrosAugust 9
This was an unsolicited proposal from a rival company basically asking to be taken over as $U would be the majority shareholder of the combined company. It's interesting that would be a catalyst to push you out.
I personally will vote against it if the Unity board puts it to shareholder vote. I want to see what U can do with the IS purchase. This feels desperate to me from APP, and the market seems to agree with APP getting pummeled right now.
View 2 more comments

Investor from Nepal 🇳🇵@investor_from_nepalJuly 26
$111.3m follower assets
$U x $IS update
Supersonic, the publishing arm of $IS is now the #1 game publisher in the world. This means $U will have more data for the contextual ads.
I was surprised to see it being more than $APP. Now with that:
#1 game publisher
#1 game engine
and a good ad company

Investor from Nepal 🇳🇵@investor_from_nepalJune 8
$111.3m follower assets
Once crushing, now crushed
There used to be times not long ago when my super concentrated portfolio of 3 game stocks used to crush $SPY, now my portfolio is getting crushed hard. It's down over 60% ATH, and 32% last 3 months. The portfolio now consists of $APP and $U.
RIP my ROTH portfolio. 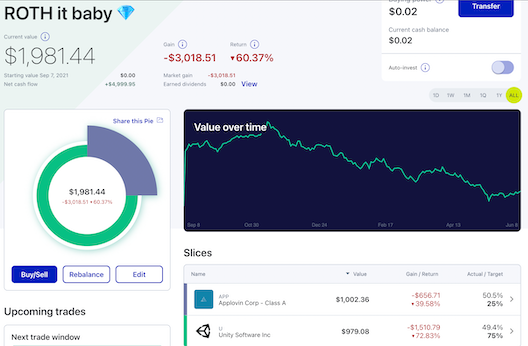 Joshua Simka@tomatoJune 8
As always, thanks for the transparency! Hang in there, @investor_from_nepal
View 7 more comments
Next
Commonstock is a social network that amplifies the knowledge of the best investors, verified by actual track records for signal over noise. Community members can link their existing brokerage accounts and share their real time portfolio, performance and trades (by percent only, dollar amounts never shared). Commonstock is not a brokerage, but a social layer on top of existing brokerages helping to create more engaged and informed investors.