Tess@tessangJune 2
$11.6m follower assets
4 Timeless Investing Concepts
Every successful investor should study timeless investing concepts.
These concepts have withstood the test of time, and I mean decades.
Here are four timeless investing concepts you need to know:
1) All Intelligent investing is Value Investing
Regardless of what you invest in, you are essentially buying an asset at a price that is lower than its worth.
All good and intelligent investing is value investing.
2) Mr Market is Your Servant, Not Your Guide
Mr Market analogy was coined by Benjamin Graham, the pioneer of value investing.
Mr Market is an imaginary person, who knocks on your door every day to ask you, "Hey, do you want to buy or sell your stock today?".
When in a good mood, he will be excited about the business prospects and quote you a HIGH price.
When he is upset, he will be pessimistic about the business outlook and will quote you a LOW price.
But price is different from value.
And more importantly, Mr Market is indeed the stock market - it's made up of human who have emotions (and we are not as rational as we would like ourselves to be).
Key takeaway?
Never let Mr Market’s opinions dictate what you should do.
When he is irrational, you can take advantage of his mood swings because there is a gap between the market expectations and the true business potential.
You have control over the market, don’t let the market control you.
3) Always Invest with a Margin of safety
It's impossible to get it all right when you are talking about the future of a business.
Because there are risks that you are not aware of.
That is where the concept of margin of safety comes in hand.
It offers you downside protection (i.e. prevents you from losing money).
4) Patience
"In the short run, the market is like a voting machine — tallying up which firms are popular and unpopular. But in the long run, the market is like a weighing machine — assessing the substance of a company."
Investing is a long-term game.
Never interrupt the power of compounding unnecessarily.
Eric Messenger@wall_street_deeboJune 2
You sound eerily similar to my inner voice, guided by Buffet😉
View 16 more comments

Tess@tessangMay 9
$11.6m follower assets
Buffett Reveals the BEST Asset to Combat Inflation
One of the most highly anticipated shareholder meetings is none other than Berkshire Hathaway's AGM.
This year, Warren Buffett and Charlie Munger sat down to discuss many hot topics brooding investors' minds.
Here are 6 lessons I've gained:
(1) Activision Blizzard Purchase
In Q4 2021, Berkshire bought Activision Blizzard, a video game maker company, starting at a $1 billion stake.
Then in the next quarter, Microsoft made a bid to purchase Activision at $95 per share.
Since then, it has become a different kind of security.
This is known as a "workout" or arbitrage, which is what Buffett used to do previously in the early days of managing Berkshire.
(2) Bitcoin
If someone were to offer you all the Bitcoin in the world for $25, what will you do?
For Buffett, he would NOT accept it. Because he doesn't know what to do with it.
Bitcoin is not an income-producing asset. Unlike owning farmlands, which yields crops that you can sell for profit, bitcoin does not generate anything.
Munger added, “In my life, I try and avoid things that are stupid and evil and make me look bad in comparison to somebody else – and bitcoin does all three."
(3) Investing in China is Worth the Extra Risk
While acknowledging the risks of investing in China, Munger thinks that it's worth it.
He believes that he can get "much better companies at much lower prices".
And we can tell, based on his position in $BABA in The Daily Journal Corporation.
(4) Predicting Inflation
The truth is nobody knows what the inflation rate or interest rate will be, even Buffett.
What we do know for sure, is that not all companies will be impacted the same.
Companies that require less capital will fare better than those that require a lot.
(5) Best Way to Deal with Inflation
Buffet said the best way to deal with inflation, is to "Be exceptionally good at something".
If you are the best in whatever you do, that is the best inflation hedge.
Nobody can take away your talent.
(6) What we can learn from Buffett's Investing Journey
Buffett started out investing in cigar butts and studying stock price charts every day.
But all of these changed when he read The Intelligent Investor, written by Benjamin Graham.
What can we learn from his investing journey?
Watch the YouTube video below to find out:
https://youtu.be/M8h9G3K1DBw 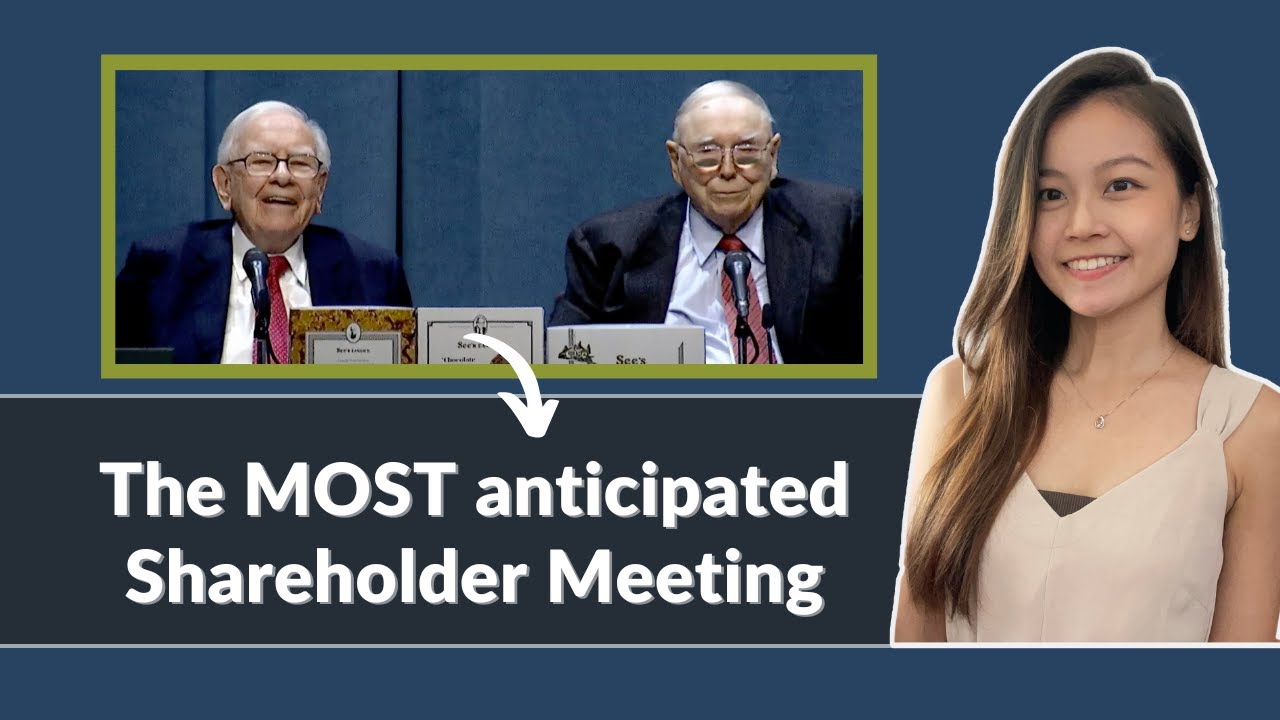 Buffett Reveals The BEST Asset to Combat Inflation
Berkshire Hathaway's Annual Meeting in Omaha is the most highly anticipated shareholder meeting.This year, Buffett and Munger sat down to discuss hot topics,...
YouTube
Joey Hirendernath@joeyhirendernathMay 9
Great video Tess, these meetings are soo long, really helpful that you managed to boil it down into a shorter summary :)
Also, welcome to Commonstock!
View 2 more comments
Next