USER ENGAGEMENT
$META managed to retain engagement despite competition from TikTok and other apps striving for people’s time.
User engagement in both Family of Apps and Facebook has grown y/y but was flat q/q.

Facebook engagement was better than expected. Mark Zuckerberg, “Engagement trends on Facebook have generally been stronger than we anticipated, and strong real growth is continuing to drive engagement across Facebook and Instagram.”
REVENUE HEADWINDS


REELS
Reels is growing quickly (30% increase in time spent q/q) gaining engagement across both Instagram and Facebook.
Reels reached $1B revenue run rate. According to Zuckerberg, Reels reached $1B run rate at a faster rate than when Stories were initially launched.
REALITY LABS
Operating losses for the segment were $2.8B compared to $2.4B last year. As operating losses continue to grow, they put downward pressure on $META ’s operating margin. 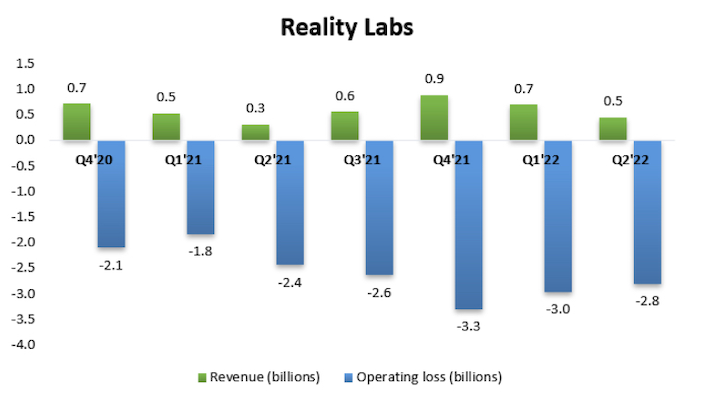 OPERATING INCOME
Operating margin for Q2’22 was 29% Vs 43% last year.
Total expenses were $20.5B, up 22% Vs last year driven to a large extent by headcount which rose by 32%.
Going forward management plans to push back on some of its investments and reduce headcount growth. 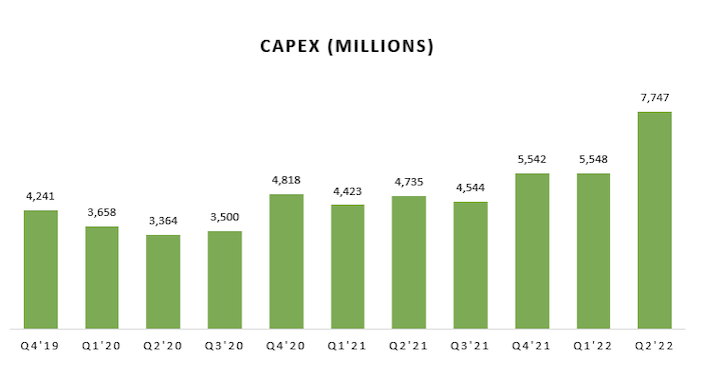 SHARE BUYBACKS
$META repurchased $5.1B worth of shares, a significant deceleration compared to previous quarters.
Buying less at lower prices does not demonstrate the best capital allocation policy.
OUTLOOK
-Q3 revenue of $26-28.5B, implying y/y decrease of 6%. FX headwind on revenue growth expected to be 6% implying flat revenue on a constant currency basis.
-Total expenses for 2022 expected in the range of $85-88B, lower than the prior outlook of $87-92B.

You can read the full earnings preview in our substack. Subscribe for free to receive similar write-ups. We will be covering $PYPL and $ABNB in the following days.
stockopine.substack.com