Jennifer@jennymanydots10/12/2022
$26.1m follower assets
Resurrection of the Dead Cow
"The potential for growth there is enormous" 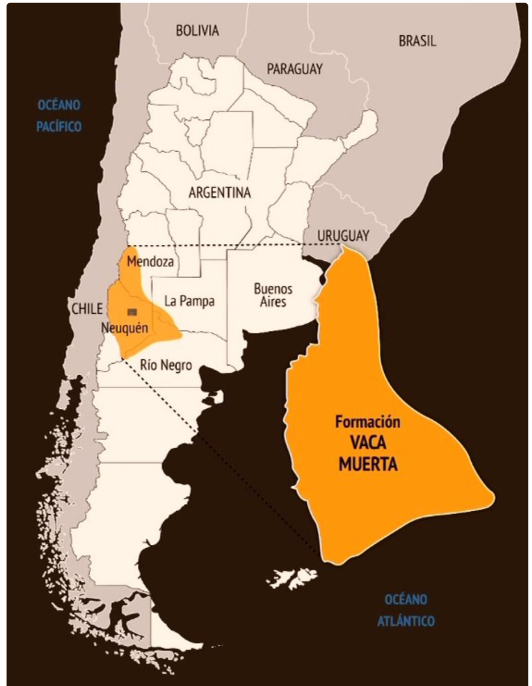 https://www-argentina-gob-ar.translate.goog/economia/energia/vaca-muerta/historia?_x_tr_sl=es&_x_tr_tl=en&_x_tr_hl=en&_x_tr_pto=sc
Canada's two official languages are English & French; I didn't have the opportunity in my younger days to pick up Spanish. I've attempted to more recently but one Spanish phrase that has always stuck in my head is Vaca Muerta - meaning "Dead Cow".
Credit to my Twitter friends Yux and Beaven Rich for mentioning the world's second largest reserve of shale gas and the fourth largest for shale oil in my timeline several months ago. The name has always stuck with me, so my interest was piqued this morning when I saw this Reuters article: 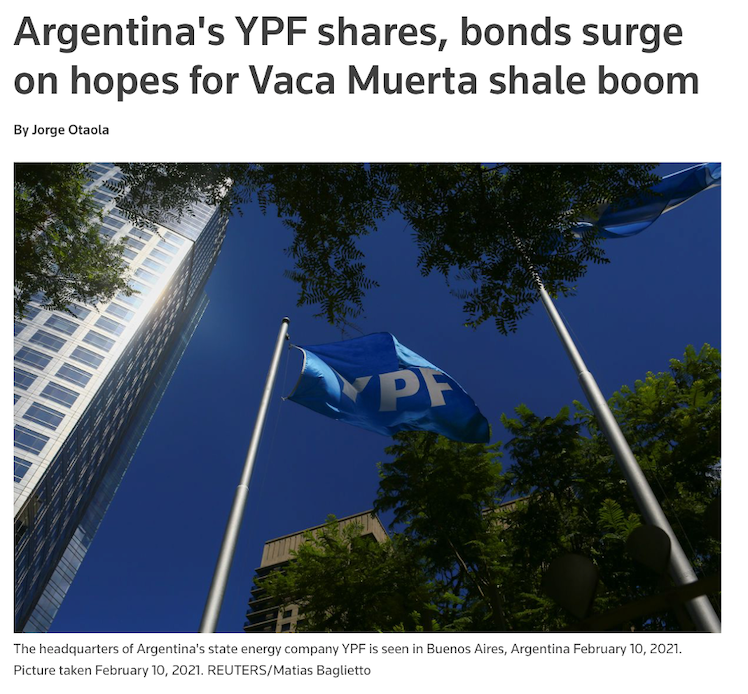 https://www.reuters.com/business/energy/argentinas-ypf-shares-bonds-surge-hopes-vaca-muerta-shale-boom-2022-10-12/
Argentine state-owned energy firm YPF (<YPFD.BA>) has seen its bonds and shares take off this year, despite a wider economic malaise, with hope of a shale boom in the South American nation's huge Vaca Muerta formation luring investors.
The state firm's bonds have risen between 5-11% this year, even as some sovereign debt has plummeted as much as 35% amid concerns about near-zero foreign reserves, inflation heading towards 100% and a weakening peso currency. YPF shares are also up some 80%. 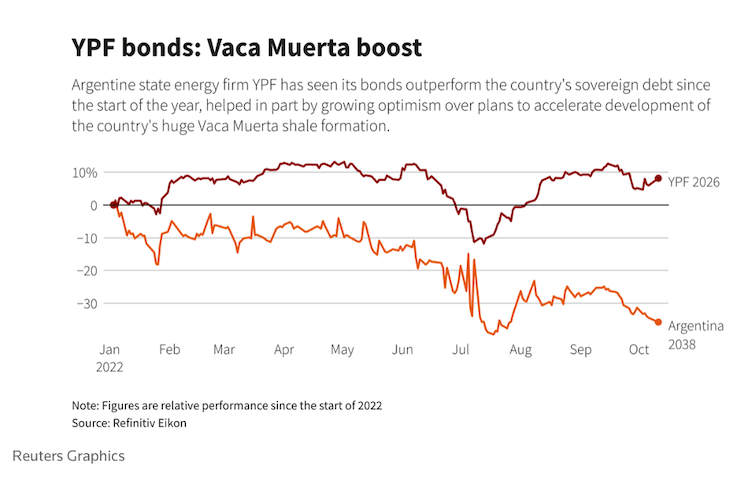 Behind the divergence is a major government push to increase production from Vaca Muerta, a shale formation in southern Patagonia the size of Belgium. It is the world's second largest reserve of shale gas and the fourth largest for shale oil.
YPF leads development of the region, seen as key to overturning a deep fiscal deficit and making Argentina a net energy exporter to bring in much-needed dollars.
"The company maintains a very good operating and financial performance ... with very healthy credit metrics, among the best in the region," said Maria Moyano, corporate debt analyst at financial group Adcap.
Given my experience investing in Argentina's copper & lithium resources, I am aware of their government's eagerness to work with the IMF and repay their debt. It appears as though development of their energy sector will be a key part of that. 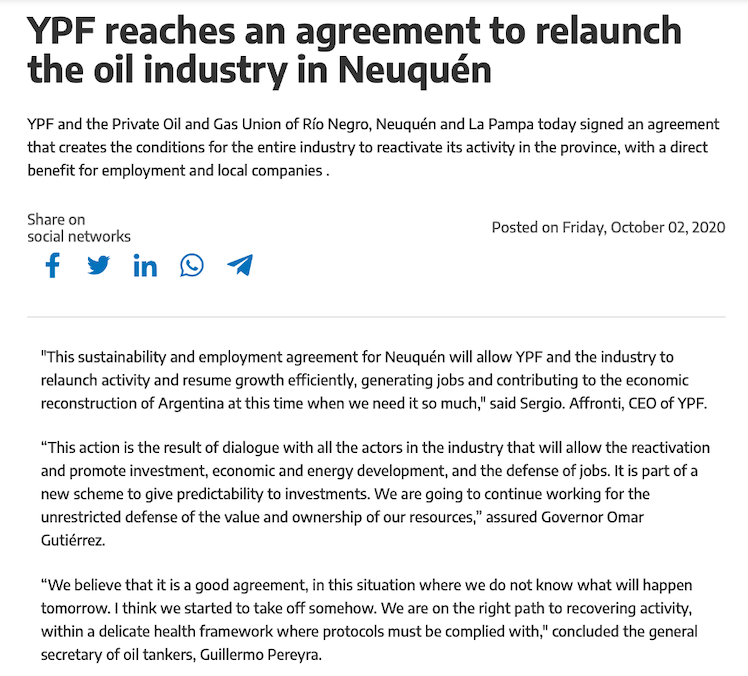 WASHINGTON, Sept. 14, 2022 /PRNewswire/ -- Argentina's Minister of the Economy, Sergio Massa, announced that following a week of meetings with U.S. officials and executives, he has made significant strides toward bolstering his country's economy, currently undergoing historically high inflation and other pressures.
Throughout the week, Minister Massa secured investments from a number of leading U.S. corporations and global financial institutions. The investments will go toward supporting key economic development initiatives, helping drive efforts to foster long-term economic development in Argentina. Announcements included:
Energy Sector: Companies including BP, Chevron, Exxon, and Total Energy engage in further support of Argentina's role in the energy sector, including exploration and production at Vaca Muerta as well as additional sites
Argentine stocks and bonds on Wall Street also continue to show an marked upward trend, led by state energy company YPF with a 100% increase in American Depository Receipts (ADR) in the last 45 days and other energy companies and banks demonstrating a 40% ADR increase on average in the same period. Additionally, Argentine bonds have stabilized at values 20% higher than last July.
https://www.prnewswire.com/news-releases/argentine-economic-minister-sergio-massa-secures-broad-scope-of-investments-us-support-for-initiatives-to-strengthen-economy-continued-support-from-imf-301624862.html
Argentina possesses the second-largest volume of shale gas in the world, much of which is deposited in the Patagonian Vaca Muerta formation. While the extraction of this asset has infused billions of dollars into Argentina’s economy, it has also drawn the vociferous opposition of environmentalists and indigenous activists, groups who are particularly opposed to the controversial fracking process required for utilizing shale.
One of the most critical hurdles between Argentina and economic stability is the successful reduction of energy subsidies, as per the loan agreement conditions negotiated with the IMF. In 2021 alone, the government spent nearly US$11 billion to shelter citizens from market energy rates. 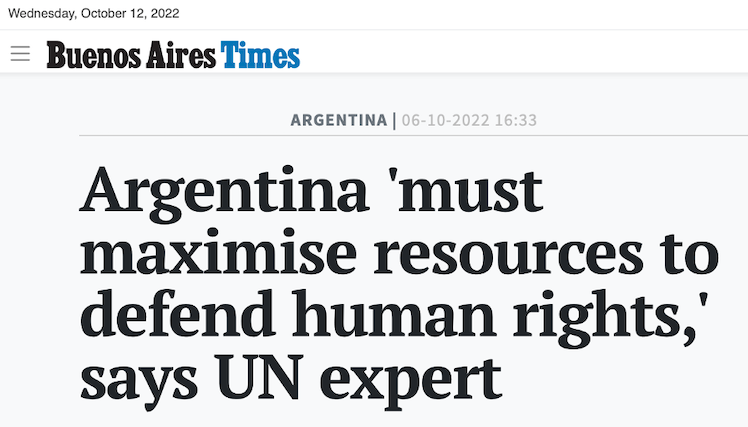 https://batimes.com.ar/news/argentina/argentina-must-maximise-resources-to-defend-human-rights-says-un-expert.phtml
Knowing government is on board with development in the energy sector these days is paramount. Given the massive resource, Argentina's dire need for affordable energy, and agreement with the IMF, it's worth looking for opportunities to invest in this not-so-dead-cow.
I have NOT bought yet as I am still performing my due diligence but two companies for your watchlist are $YPF and $PAM 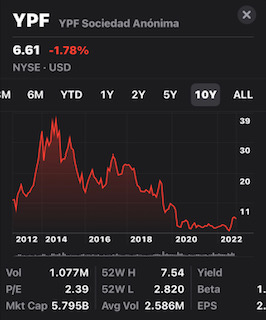 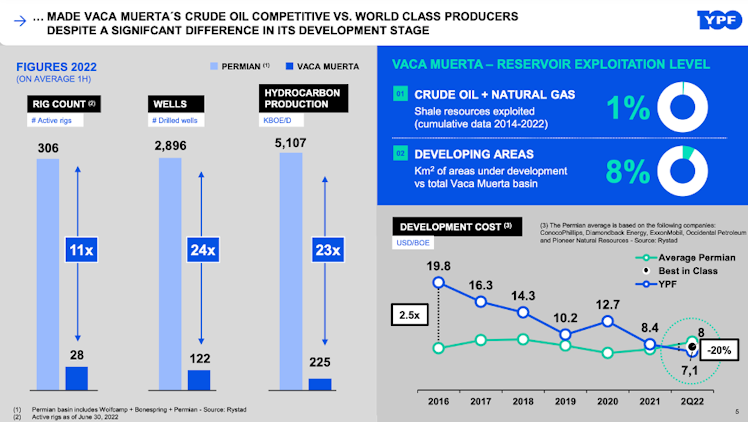 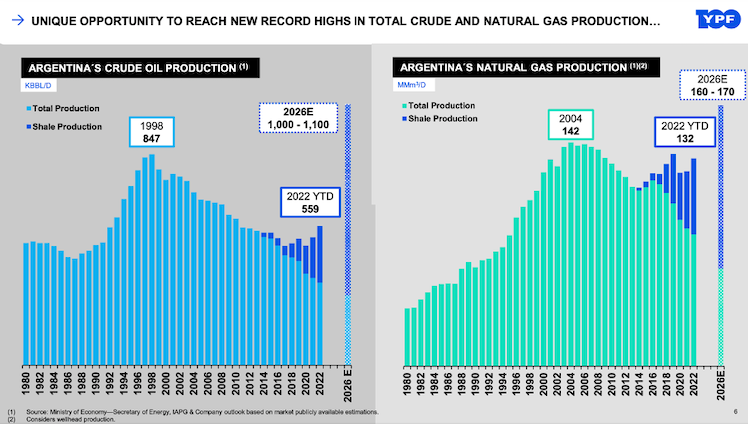 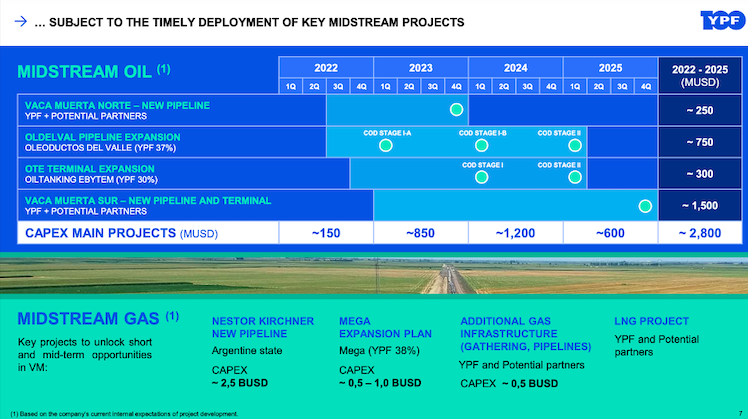 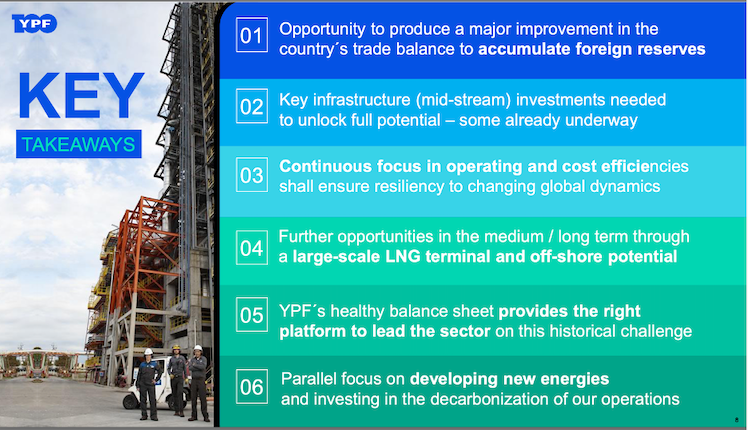 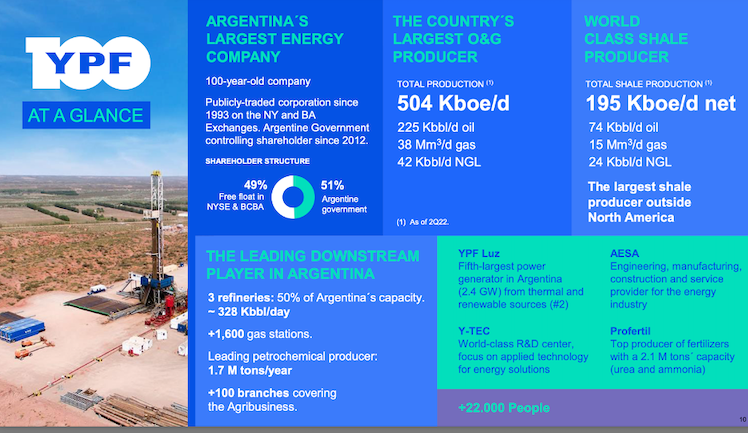 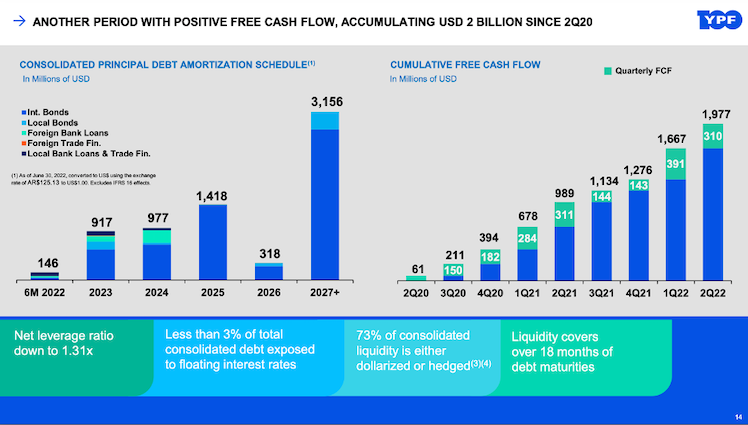 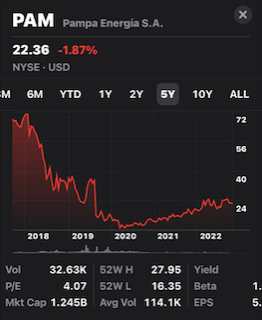 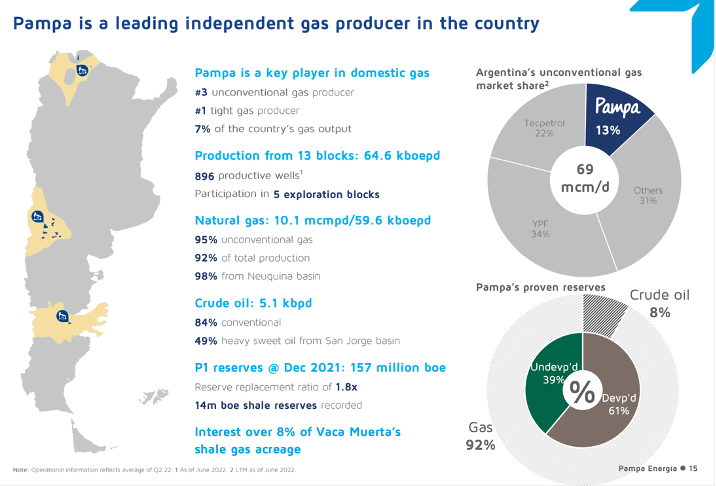 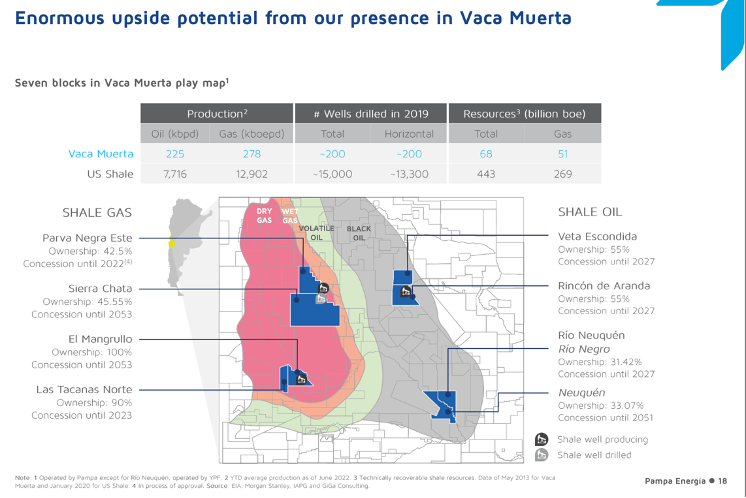 Como Estado, I'm very interested in a stake of this dead cow and I think you might be too... 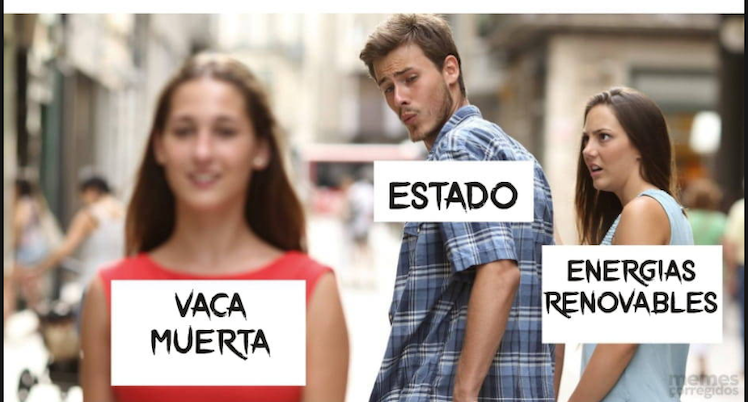 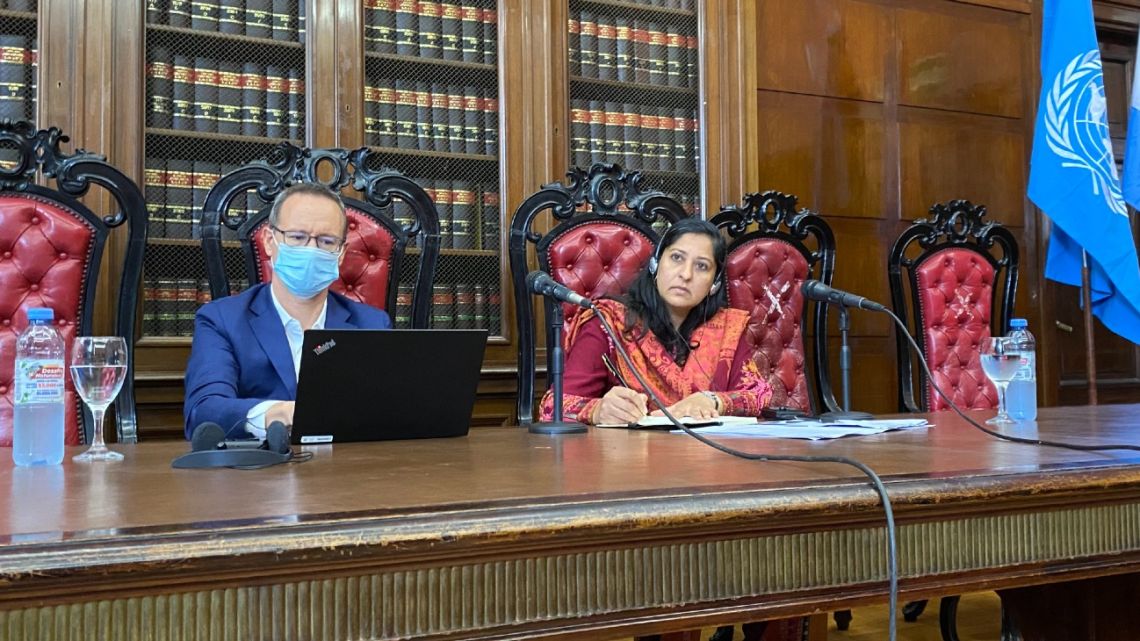 "The Absent Superpower: The Shale Revolution and a World Without America" - Peter Zeihan (2017)
I think it's time for the American supermajors to roll up their sleeves.

Jennifer@jennymanydots10/12/2022
Author
@kostofff Thanks Todor, I'm grateful for the comment - it's informative and I will check out Zeihan's piece - but also because I went to pull a quote from the article and noticed that I said it was Bloomberg when it was actually Reuters (made the edit!). "A source close to YPF said investors had been drawn to the firm's debt in part by improving macro variables as well as signs of easing foreign exchange restrictions for the sector." It sounds like the supermajors might be doing exactly that. (Sept 14 Minister Massa announcement: Companies including BP, Chevron, Exxon, and Total Energy engage in further support of Argentina's role in the energy sector, including exploration and production at Vaca Muerta as well as additional sites) Exciting times ahead for this dead cow, I think!

Joshua Simka@tomato10/14/2022
Thanks, @jennymanydots! Very interesting and I also appreciate the Spanish lesson. :) Any idea why the curious name "dead cow"? Does it have to do with the shape of the geographic feature, for instance?

Jennifer@jennymanydots10/14/2022
Author
@tomato Thanks Joshua! "In 1931 American geologist Charles Weaver officially defined the Vaca Muerta Formation and described it as comprising black shales, marls and lime mudstones. It was he who named it the Vaca Muerta (Dead Cow), after the mountains (the Sierra de la Vaca Muerta), where these rocks are outcropping"
I haven't been able to find further details on how the mountain range received its name but it sounds like the name has been around for almost a century and has more to do with the mountain formation than the shale. Interesting question - thank you. If I find further details on how the range was named, I will circle back to you. Have a great weekend!
https://www.geoexpro.com/articles/2019/10/the-vaca-muerta-formation-how-a-source-became-a-reservoir