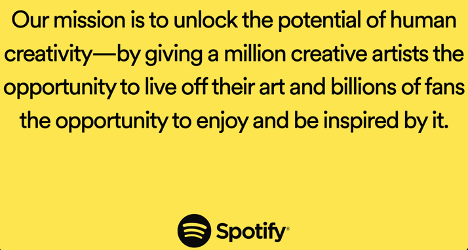 Spotify was founded in Sweden around 2006 by Daniel Ek and Martin
Lorentzon, with the idea to make music available for everyone for “free” while
at the same time to make sure that artists also get paid for their music (unlike
with pirating, where artists would get nothing for their “stolen” music)
The streaming service launched on October 7, 2008 and the
company initially limited the sign-up for free services by making it
invite-only. In 2010 Spotify launched in UK and 2011 in USA.
In 2018 Spotify went public via NYSE with ticker symbol $SPOT.
What is Spotify?
Spotify is global digital music streaming service. It gives users
instant access to its vast online library of music and podcasts, and soon to be
audiobooks (and who knows what else, Spotify is always trying new things).
Some say Spotify is just another streaming service company, but
I say it’s the ONLY true company for all type of creators
around the world who wish to express themselves via audio format. 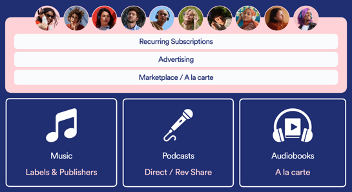 Currently there is about 433+ million MAUs 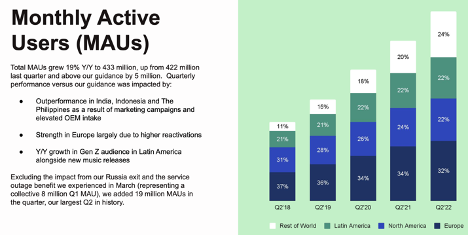 About 182+ million are paying subscribers. 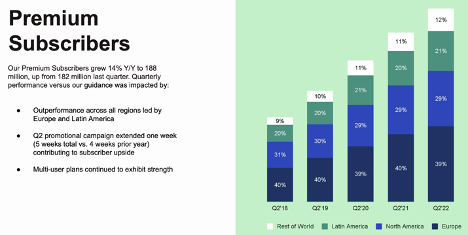 How does Spotify (currently) make money?
Spotify offers Premium and Ad-Supported Services. Both are separate
and yet depend on each other. Ad-Supported is used as funnel to attract new costumer
which later are to be converted into premium subscribers. There are many tiers
when it comes to Premium, Spotify tries to cater to everyone (individuals, students,
duo, and family) while also having different prices for second/third world countries
(all depends on the audio quality/ability of a country).

How Spotify "losses" money
This is also where the controversy comes with Spotify, because
large chunk of profits Spotify gives back to labels/artist, because Spotify does
not own music that it plays (remember about the piracy? This is how Spotify got
rid of it, sort of). 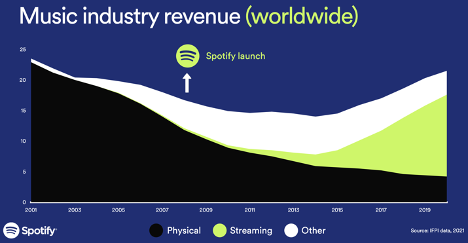 Because of this, Spotify’s gross margins have been high 20+ with
some improvement but not dramatically enough for markets to not worry about
Spotify’s future...

But that will change with new segments…
Quick look at financials 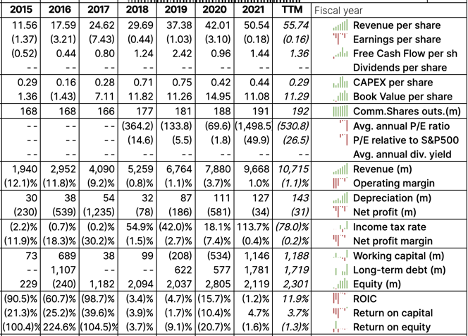 Given the current pessimistic global environment and Spotify
being growth company, I won’t be giving any kind of precise valuation methods
as this is not the way that I (being a shareholder) started position in $SPOT, but
I will run through my thought process.
I think currently Spotify is undervalued (vs what the future
holds) by how much exactly is it? 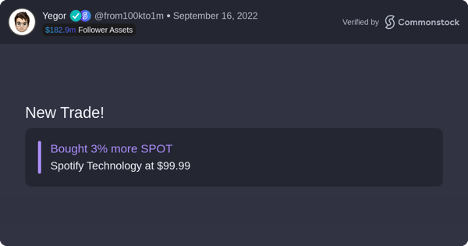 I can’t say, that is why I’ll DCA as it goes lower. 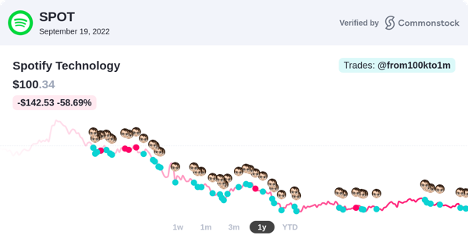 Before going into bullish thoughts, I want to say that I
understand that Spotify is not perfect and has to keep evolving/growing in
order to stay ahead of competition, but in the tech world who isn’t?!
Here are reasons why I’ comfortable buying $SPOT as it goes
lower…
in different languages + population and number of smartphones and IoT devices
are increasing yearly. 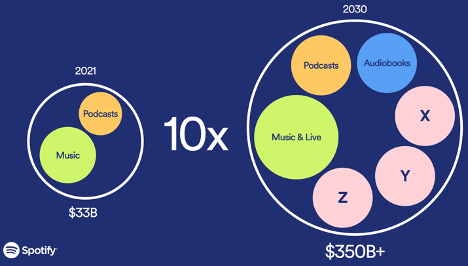 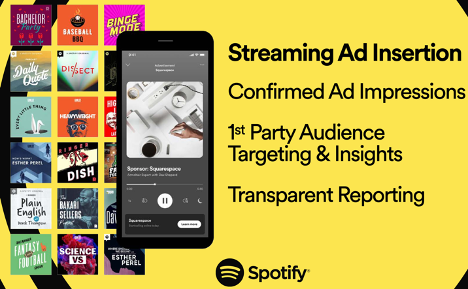 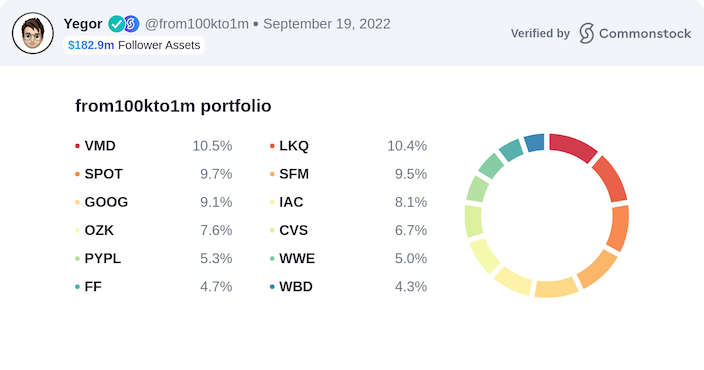 Dollars and Sense@dollarsandsenseSeptember 20
$SPOT is one of those companies I have looked at for a long time but never really did anything with. After reading through this I might have to give it a closer look.

Yegor@from100kto1mSeptember 20
Author
@dollarsandsense spot is one of the few growth companies that I really (I think) understand what I’m getting myself into with . Will tough for some time given the macro dislike towards growth companies but I’m ok with that

Conor Mac@investmenttalkSeptember 20
The fact this is a 10% position, and you have been buying this stock all year is awesome insight/signal as to how to interpret the individual's opinion. This is why I love the potential of Commonstock.
Great job Yegor, you managed to pack a lot into the wordcount! 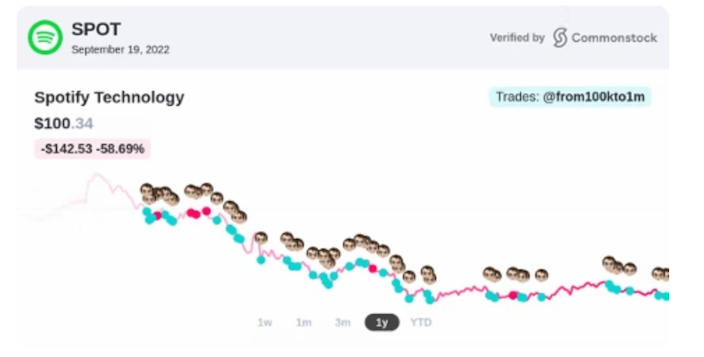