Miquel@miquel_nietoOctober 21
$97.9m follower assets
Isn’t this a cup and handle??
I’m not really into technicals, but this one looks pretty good!
Way to go, $ASML !! 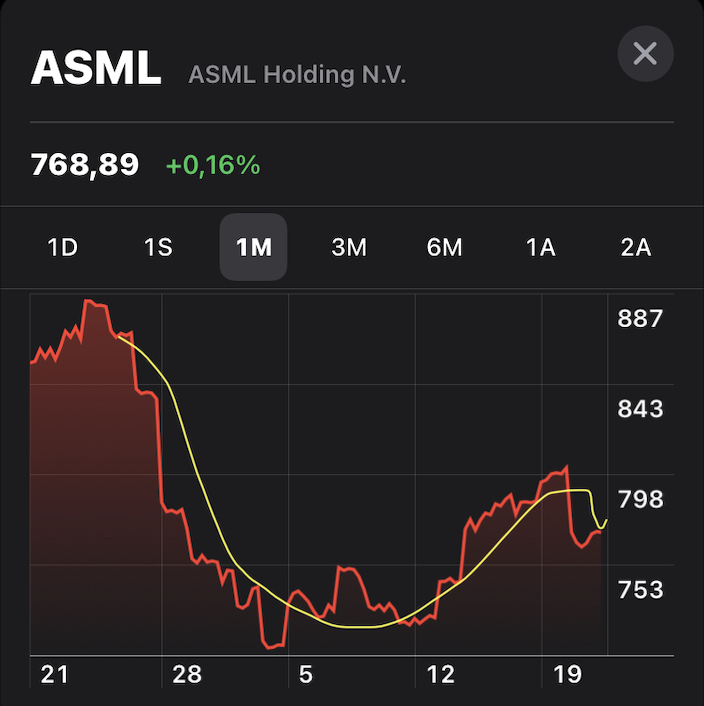 Nathan Worden
@nathanwordenOctober 21
I think so? @tecantra is the resident technicals expert who can confirm 😄
Does this mean you are anticipating a break higher @miquel_nieto? Looking at this example ↓ it looks like the handle is supposed to shoot up further? 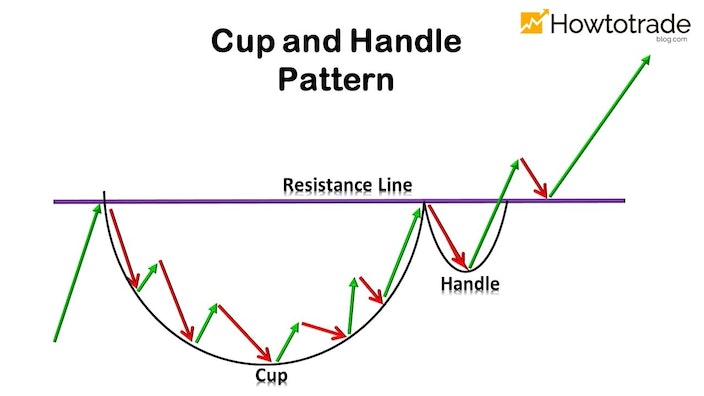 Miquel
@miquel_nietoOctober 21
Author
I'm in so much love with $ASML that I see bullish signs everywhere!
This quarter was not suprising, though. I mean, they're growing like crazy and they have a great business, but it's like we all knew that already and all upside is priced in...

Michael Panebianco
@tecantraOctober 21
@nathanworden @miquel_nieto There could be one forming and it's much more clear on the hourly chart than on the daily:

The cup-and-handle will technically be complete after is closes and continues to rise above $800 but the downward gaps on the left are a concern.
An aggressive trade would be enter once the cup-and-handle is confirmed while a more conservative one would be to wait until the price starts hitting $830 again.
That being said, it's $ASML, so I'd expect it to recover without too many problems.

Nathan Worden
@nathanwordenOctober 21
@tecantra ^this is alpha. Thanks for sharing 🙏

Miquel
@miquel_nietoOctober 21
Author
@tecantra You mean it doesn’t come from a pure uptrend right? It went up-down-up and then down for the cup. This is tricky!
I agree with you, this is $ASML and I also don’t see any major issue…this is a long-term hold for me sitting at 9-10% of my PF

Michael Panebianco
@tecantraOctober 21
Not necessarily that it took a drop before the CAH, but the gaps that formed the drop.

Gaps can often be strong indicators, and the gap I've circled above represents a drop of almost 5%, which is big.
If the gap closes (returns to and closes above $830), the CAH will also be confirmed so you'll have two very big bullish factors. The longer a gap remains open though, the more of a resistance area it can become.
Probably the biggest thing to consider is that it's flirting with the primary trend line at the moment and might even be forming a Head and Shoulders. 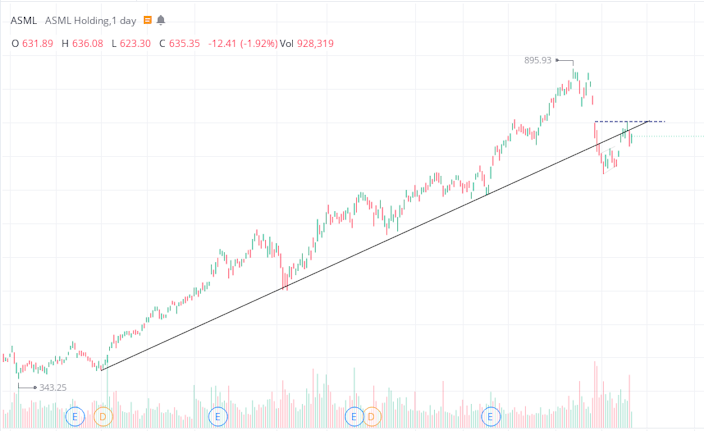 Do you know what caused it to drop at the end of September?

Miquel
@miquel_nietoOctober 21
Author
@tecantra Thanks for the analysis!! The drop was right before the investor day, and ASML is so richly valued that I think that just the fear of bad news caused the drop. But I really don’t know!

sam stribling
@stribOctober 21
@miquel_nieto it’s a little too early to tell. A cup and handle takes usually about 3 months to form. So what you have there is the “cup” so if it consolidates and trades sideways from there I’d say yes, it’s a cup and handle. The expression goes.. “the longer the base the higher in space” so the longer that handle forms the more force it will have when it does break out

Miquel
@miquel_nietoOctober 21
Author
Good point! I'll have to revisit How to Make Money in Stocks...

Panos
@panosOctober 21
So, I missed the chance to buy low? Aaggh...

Miquel
@miquel_nietoOctober 21
Author
@panos I think that ASML is never low! But it’s 15% down of its ATH, so I wouldn’t say it’s a bad time either!!