Steve Matt@interrobangbrosSeptember 17
$18.9m follower assets
September Idea Competition - Aritzia Inc. ($ATZAF)
Wait, Who?
Aritzia is a vertically integrated fashion retailer offering what they call Everyday Luxury primarily catering to the female demographic. They maintain the bespoke-ness of your local luxury fashion shop while operating over 100 stores across Canada and the US. Each boutique, as they call their locations, is independently designed factoring in the local culture. No cookie-cutter locations. Also, their curated playlists are pretty good and available on $SPOT. I’m listening to their Cozy Sundays playlist as I write this. 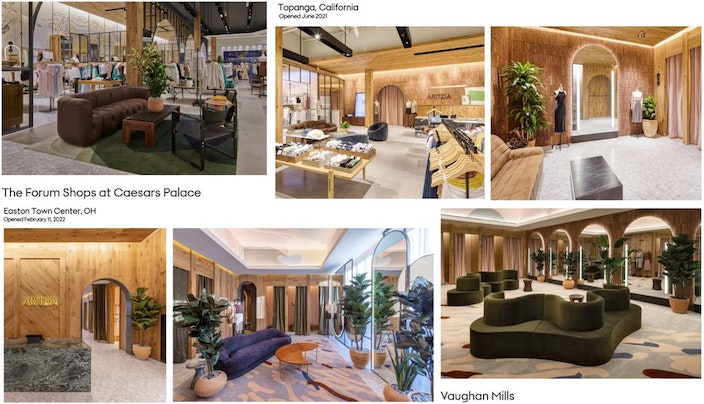 Cool. Do They Move Product?
Since FY2018, Aritzia has seen their revenues grow at a CAGR of 19% while gross profit has grown at a CAGR of 22%. FY22 was a record year for margins with gross at 43.8%, operating at 15.8%, and net at 10.5%, improvements over FY20 (pre-COVID due to their FY ending in February's) of 270 bps, 30bps, and 130bps, respectively. Beyond margins, Aritzia reported C$2.36 in FCF/share, up 50% over two years earlier.
They’re pretty good at managing inventory as well. Aritzia has consistently maintained a TTM inventory turnover ratio between 4.0 and 5.0, figures other luxury retailers envy.

Talk Growthy To Me
Management identifies four growth drivers. Everybody wants to expand their eCommerce presence. That’s integral but boring to talk about. The keys to me are expansion. 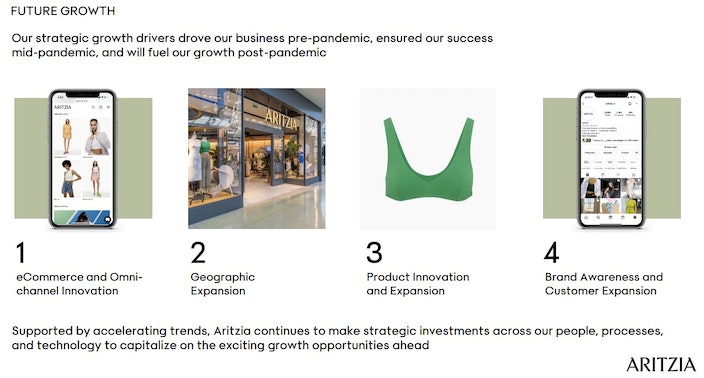 Aritzia made its first significant foray into the men’s demographic last year with the $63MM acquisition of Reigning Champs. This is a massive untapped market for them and the excitement from then-CEO Brian Hill showed in their press release. “...this acquisition meaningfully accelerates our product expansion into men's while bringing incremental growth to our already surging women's eCommerce and U.S. businesses. Capitalizing on our world-class operational expertise and infrastructure, men's, merchandised independently, will become a meaningful part of Aritzia's platform through our Reigning Champ acquisition.”
While management has been mum on the progress, there’s little reason to doubt their ability to successfully build out their men’s offerings although I expect them to take a slow, methodical approach.

They currently have 109 boutiques, 61% being located in Canada and 39% in the US. Management recognizes the US opportunity as 19 of the 23 boutiques opened since 2018 have been south of their border.

Amounts in C$
Even though ~1/3 of their revenue comes from eCommerce, I believe revenue per boutique is a key metric to watch. As management noted below, geographical expansion is key in further driving eCommerce sales. Accordingly, management is guiding for 8-10 new boutiques in FY23 with all but 1 being in the US. 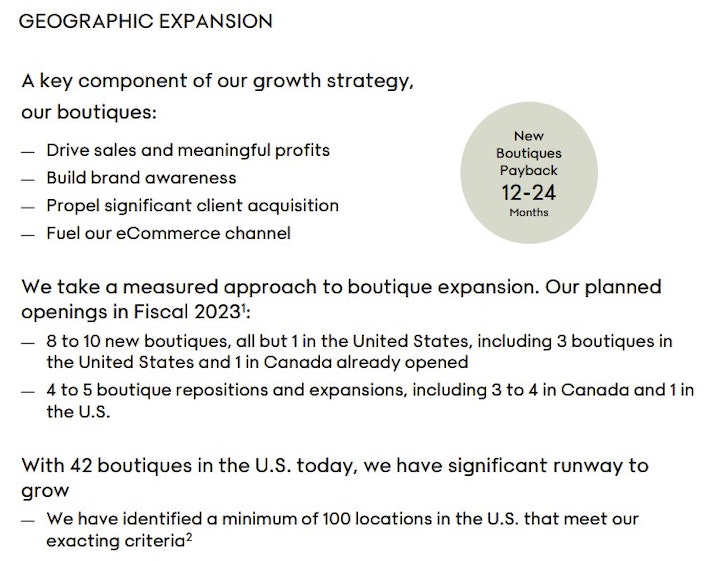 Don't think the boutiques aren't pulling their weight though. Aritzia generated over $1,230 in boutique sales per SqFt in FY22, on par with lululemon, who we'll discuss shortly.
Management and Insider Ownership
Aritzia has grown from one boutique opened by Brian Hill in 1984 to a rapidly growing up-and-coming behemoth currently run by Jennifer Wong, a veteran of the industry and a key figure in Aritzia’s eCommerce launch in 2012. Wong has been with Aritzia for 35 years, beginning with the company as a part-time sales associate in 1987, one year after their first boutique opened.
In May 2022, Aritzia announced that Wong would become CEO while Hill would transition to Executive Chair. In the press release, Aritzia was keen to note that Hill would remain part of the business and he had “no immediate plans to make changes in share ownership position", important as he currently owns nearly 20% of outstanding common shares.

Why Not Buy Lululemon? (The Valuation Section)
You could, sure, but you’d be paying premiums across the board for a company that’s growing sales just a few percentage points quicker and is at a more mature stage in its growth cycle. Evidence of that latter point is while both management teams are guiding for 26% revenue growth in their current FYs, lululemon recently released their five-year growth plan to double revenue to $12.5B by 2026. Sounds great except that would be a CAGR of <15% over the next 5 years, a significant slowdown. 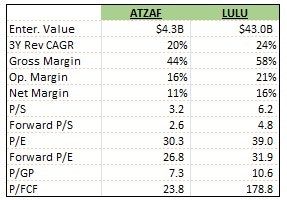 Competitors such as $GOOS, $SHOO, $COLM, and $URBN are smaller in EV and may seem cheaper in some metrics, but that comes with 3Y revenue CAGRs <10%. With $ATZAF, you're paying a small premium over them, and a big discount to $LULU, for accelerating sales, gross profit, and net profit growth.

Disclosure Stuff
I own Aritzia and lululemon. There's room for both in a market-beating portfolio.

Steve Matt@interrobangbrosSeptember 17
Author
Unfortunately I've been buying $ATZAF in a brokerage that is linked to Commonstock but isn't mapping my trades over so I've had to manually post when I did a trade. I actually just bought again on 9/2 but forgot to post that one. Here's my post from July 8 for a purchase I made on July 6 https://commonstock.com/post/9b2d9024-cadb-43e1-8cc5-8429d416bf18
On Septeber 2, I added another 7.5% more shares at a P/S of 2.9, forward P/S of 2.2, P/FCF of 22, and P/GP of 7.
All my other buys were between July 2021 and April 2022, before I joined Commonstock.

Heavy Moat Investments@stonkmetalSeptember 17
Interesting, hard to grasp sector for me, because I'm not really into fashion at all. Sounds like a good company though!

Sagar Vensi@stockadoSeptember 26
I actually like this more than Lululemon and their track record is off the charts.

Steve Matt@interrobangbrosSeptember 26
Author
@stockado I definitely think there's room in a portfolio for both but yeah, if you made me choose, I'd choose Aritzia. Their runway is just so long still and they have been executing so well. I love the promotion to CEO of Jennifer Wong. I continue adding a little bit to my position every 2-3 months.

Sagar Vensi@stockadoSeptember 26
@interrobangbros I just don't like one thing, unlike Lululemon, they offer discounts. Not good for premium companies.

Steve Matt@interrobangbrosSeptember 26
Author
@stockado I have two thoughts on that:
1) That's where Aritzia differs from lululemon and that's why I have no problem holding shares in both. lululemon is wants to look like a luxury brand and charges that way. Looking at their leggings, they range from $98 to $128. Aritzia isn't claiming to be luxury. They're claiming to be "Every Day Luxury" which is kind of not quite luxury but not quite mid-market / fast fashion. This slide shows it so well. 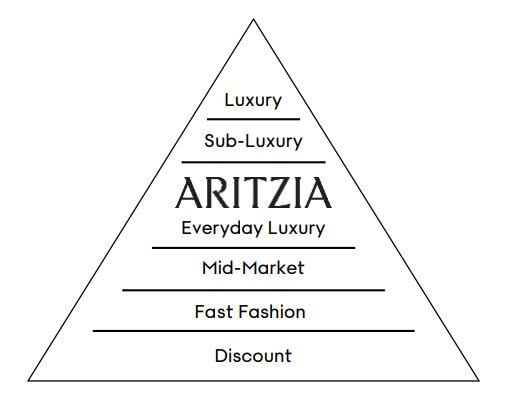 They want to look like a luxury brand with their each-is-built-custom-and-unique boutiques while still presenting semi-affordable clothes to the masses. Their leggings mostly range in the $68-$78 range, well below lululemon but not exactly cheap.
2) It's a fun fact and hidden secret but lululemon actually does offer discounts. They just don't advertise it but they have a link right on their website called We Made Too Much. 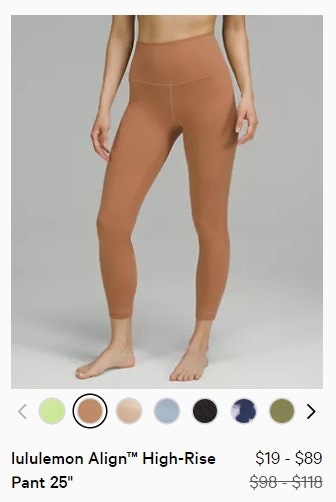 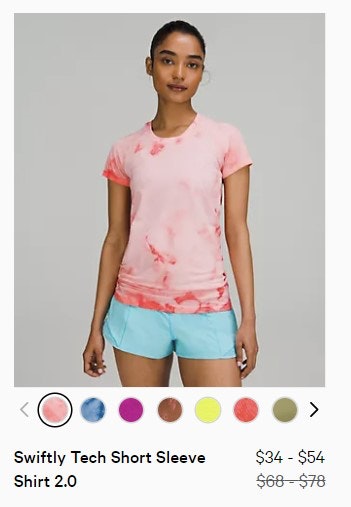