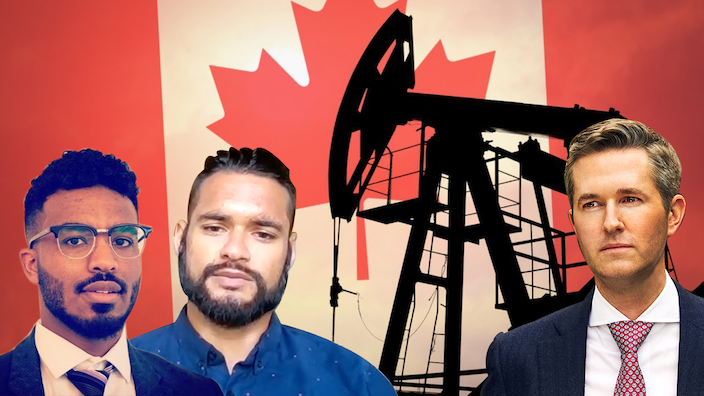 In response to renewable energy politics, the investors of the Canadian Oil Mafia have realized a potentially lucrative truth:
People are blinded by the narrative that oil is on its way out due to the emergence of electric vehicles and the green revolution.
The #CanadianOilMafia argues that the data says otherwise.
Renewables may be the future, but the world got too ahead of itself (and then dogmatic) about clean energy— leaving the oil sector out in the cold, vilified and chronically underinvested.
For the last decade, it’s become politically unpalatable to back oil projects, despite oil being the only economically viable bridge between our current energy consumption reality and the future renewable one.
But unlike the hypothetical future cash flow promises of many tech and clean energy investments today, Canadian Oil companies are making money right now.
The point boils down to this: We still need oil.
Why Canadian Oil specifically?
Canada sits on the third largest oil reserves and has the most ethically produced crude oil in the world. The ESG movement is alive and well even within Canadian oil companies like Whitecap Resources ($SPGYF, TSE: $WCP), which stores more CO2 annually than they emit corporately.
Business journalist Margot Rubin makes the point that Canada is a vastly preferable trading partner compared to Venezuela or Iran when striving to achieve global energy security and mitigating energy cost pressures facing the middle to lower class.
So who is in the #CanadianOilMafia?
You may not have realized it, but you are part of the #CanadianOilMafia if you believe that the sustainable future we all want will not be built from scratch but rather from the infrastructure we currently have today.
The Canadian Oil Mafia has identified that renewable energy sources can’t deliver on their promises as soon as many had hoped. The realization that oil is not dead is resulting in a snap-back of oil demand without adequate supply to meet it, making the 2020s a decade characterized by energy poverty.
And the Canadian Oil Mafia is here to bet on the world's growing thirst for energy.
The ring-leaders of the movement are confident that oil demand growth will continue for the next ten years.
“I can’t tell you where the necessary barrels are going to come from” said Eric Nuttall, Senior Portfolio Manager of Ninepoint Partners.
“US shale has got a couple more years of meaningful growth, then it’s done. Canada? We can’t grow oil production because of investor constraints and pipeline constraints from a government that’s not the biggest champion of the oil industry. We are very simply in an energy supply crisis with no easy fix. Resulting in an environment of sustainably high oil prices.”
Shubham Garg and Sohaib Abbas are the duo spearheading the #CanadianOilMafia movement. They have been publishing their research and hosting frequent twitter spaces to sound the alarm on the incoming energy crisis. They aim to raise awareness about how egregiously low Canadian Oil equities are currently priced at in light of energy demand. One of their Twitter spaces which focused on addressing ‘energy ignorance’ lasted a herculean 14 hours and had ~18,000 listeners between the live & replay format.
“People ask me ‘Crude oil is at $100, why are you not selling?’” said Shubham Garg, who has a background in petroleum engineering.
“I’m not selling because the supply-demand dynamic is favorable. Supply is shrinking at two million barrels a day even while American Shale is adding production, OPEC is adding more production, but demand keeps growing faster. As long as inventories keep going down, that’s a signal that prices will remain high.”
To follow along with the growing movement, you can follow Sohaib Abbas @sohaibab9 on Commonstock. You can also check out Shubham Gatg's website, where he has uploaded webinars and tools to help educate people about the case for oil. @oilman69 is also a great follow for all things oil and gas.

Nathan Worden@nathanworden03/17/2022
Author
Community created logos are also getting 'viscous'-ly creative 😄
This one was created by Mike MC
https://twitter.com/mike_mc_411 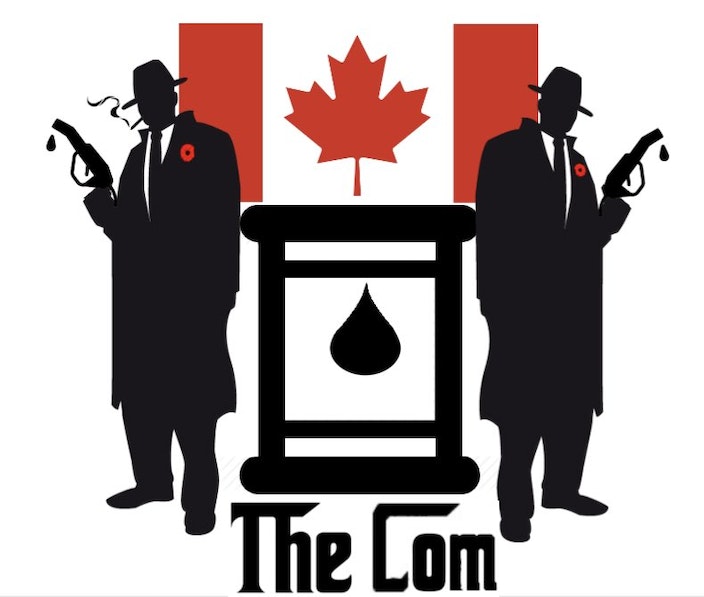 ParrotStock@parrot03/17/2022
Agree, oil is not dead, and won't be for a very long time.
Renewables fail at the precise time you need them the most... extreme weather & natural disasters... and is not readily portable.
Renewables take an abundance of oil to create and maintain the infrastructure of their source, many times it's more energy than the renewable produces.
Alternative fuels require HUGE amounts of water through their life cycle. The real resource (water) we should be worrying about.
Oil isn't going anywhere soon.

Nathan Worden@nathanworden03/17/2022
Author
@parrot Exactly— while I want sustainable, renewable energy as much as anyone else, I don't think the right move is to vilify oil. It's a necessary part of the evolution our system is going through.

OilMan69@oilman6903/17/2022
Agree the upstream oil and gas sector is still very cheap! Both U.S. and Canadian producers. Very low EBITDA multiples, very high FCF yields relative to the rest of the market, rapidly strengthening balance sheets, and returns of capital to shareholders (dividends + buybacks). From a Net Asset Value perspective, they are cheap even when assuming a long-term price deck that is well below spot pricing. And agree that from an ESG perspective, the North American industry is really moving in the right direction ... reducing flaring, many producers with net zero targets within five years ... would also recommend looking at $EQT 's latest presentation from CERAWeek about natural gas' role in reducing U.S. emissions since 2005 (via coal displacement for power) as well as its potential to significantly reduce global emissions ... if politicians would let the pipelines and LNG export facilities get built.

ParrotStock@parrot03/17/2022
@oilman69 That's the key, getting politicians on board with pipelines. So much safer and environmentally friendly to alternatives. I guess they don't get big enough kick backs on pipeline projects.

Tim Esteben@tim_esteben03/17/2022
@oilman69 this is a good point— just because a company is an oil company doesn't mean it can't be a net zero emitter. The political narrative needs to shift. "Not all oil companies" are dirty.
Will look into $EQT

Chip Lunderburg@chip_lunderburg03/17/2022
Hmmm, while this is a nuanced point that has merit, is't it better to have the overarching narrative be "move away from oil"?
The average person probably doesn't need to know that we will still will be using oil heavily for the next decade. We need the public at large to vote for renewable energy initiatives or else they'll never happen.

Doug Helton@doughelton03/17/2022
@chip_lunderburg Since this is an investing community, I think it's permissible to get into the nuances, especially when there is an investment thesis.
You actually just made me more bullish on oil by pointing out that the average person doesn't know how badly we still rely on it.

Reasonable Yield@reasonableyield03/17/2022
Thanks, I followed @oilman69. Do these other two have commonstock accounts?