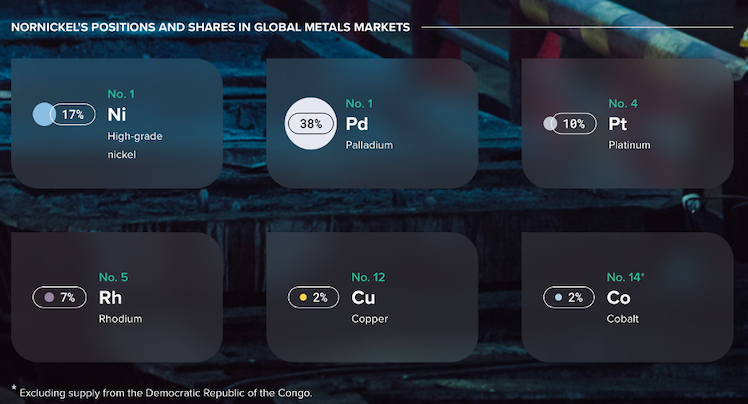 Nornickel is the leader in Russia’s metals and mining industry, as well as the largest palladium and high-grade nickel producer and one of the largest producers of platinum and copper. Nornickel also produces cobalt, rhodium, silver, gold, iridium, ruthenium, selenium, tellurium, and sulphur.
Imagine if Canada could replace Nornickel's contribution to the global supply chain? Perhaps we could. The Muskox Intrusion located in Nunavut is said to be quite similar in its geological landscape to Norilsk.
“This extensive layered intrusion has the possibility to evolve into a massive expected source of copper, nickel and platinum group metals. The expected mineralization potential for the Muskox intrusion is supported as a result of its strong similarities to the Noril'sk-Talnakh intrusions in Siberia where the richest orebodies exist on Earth.” 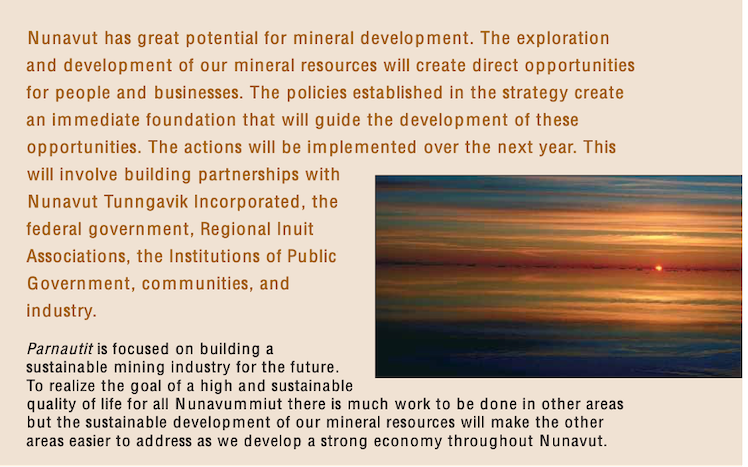 https://www.canada.ca/en/campaign/critical-minerals-in-canada/canada-critical-minerals-strategy-discussion-paper.htmn
Nunavut's government is very supportive of development of the mining sector. Their initiative "Parnautit" is focused on building a sustainable mining industry for the future, to realize the goal of a high and sustainable quality of life for all Nunavummiut. 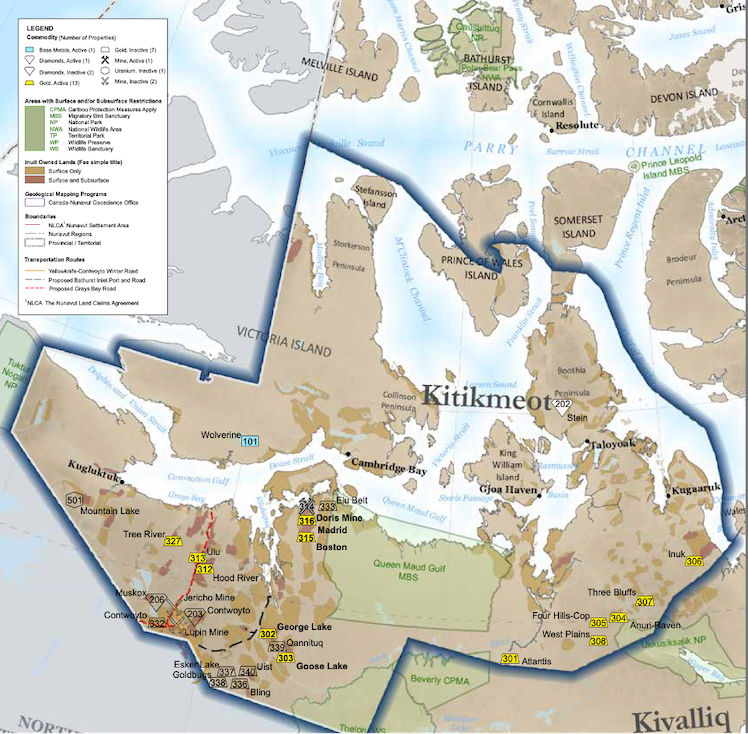 Agnico Eagle has area projects in development/production and Sabina Gold & Silver Corp. is in the pre-production phase, proving that these feats can be accomplished. 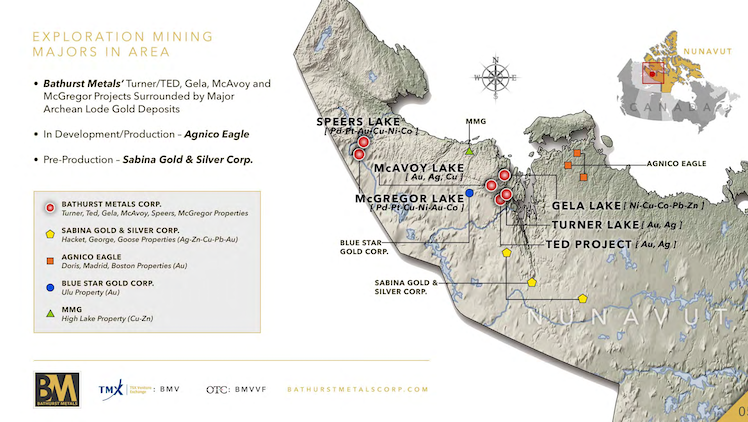 If one were looking for juniors in the Muskox Intrusion to participate in the early stages for significant upside, two companies worth your time are Bathurst Metals ($BMV.V) and SPC Nickel ($SPC.V). 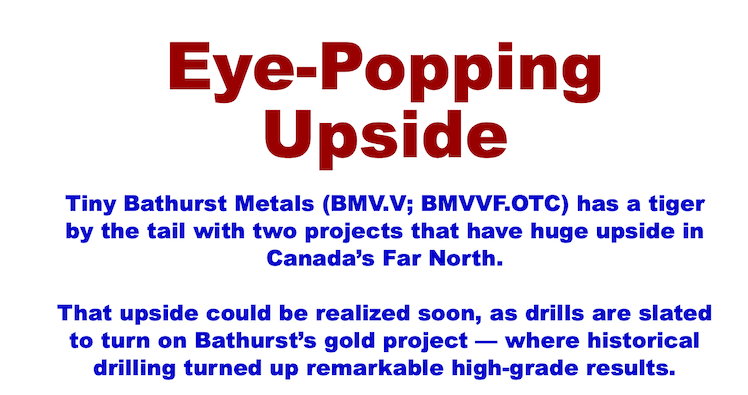 https://goldnewsletter.com/go020122/
Bathurst Metals owns 100% of five highly prospective metals projects in Nunavut.
Leaning on the past experience of geoscientist Lorne McLeod Warner, Bathurst has acquired five projects in Nunavut, including a potential Archean gold deposit and a platinum group metal (“PGM”) and nickel-copper prospect with world-class upside.
Bathurst’s McGregor project lies along a Muskox Intrusion similar to the one that hosts Russia’s massive Noril’sk Talnakh nickel-copper-palladium district.
A good analog is Russia’s Noril’sk-Talnakh nickel-copper-palladium district, which is worth close to a trillion dollars in terms of its in-situ value.
Obviously, we can’t compare McGregor to that or any deposit at this early stage, but Bathurst just released exploration results that were nothing short of eye-popping...**Including rock samples grading as high as 5.40% copper, 5.90% nickel and 11.8 g/t palladium from one sample, and 11.50% copper, 4.06 g/t platinum and 44.5 g/t palladium in another.**
The work on McGregor Lake is still preliminary, but based on the work of past operators, Warner is confident he can vector in on the highest-grade hotspots within this 20-kilometer-long target.
Simply put, if Bathurst can deliver a proof of concept to the market that McGregor Lake is capable of hosting a Noril’sk-level district of PGM-nickel-copper-gold, it’ll be “Katy, bar the door” for the company’s share price. 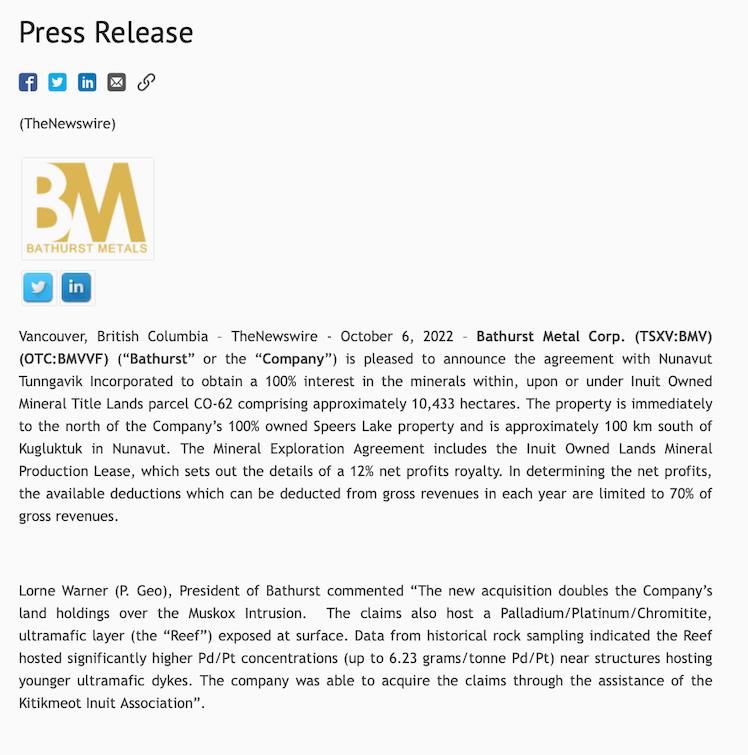 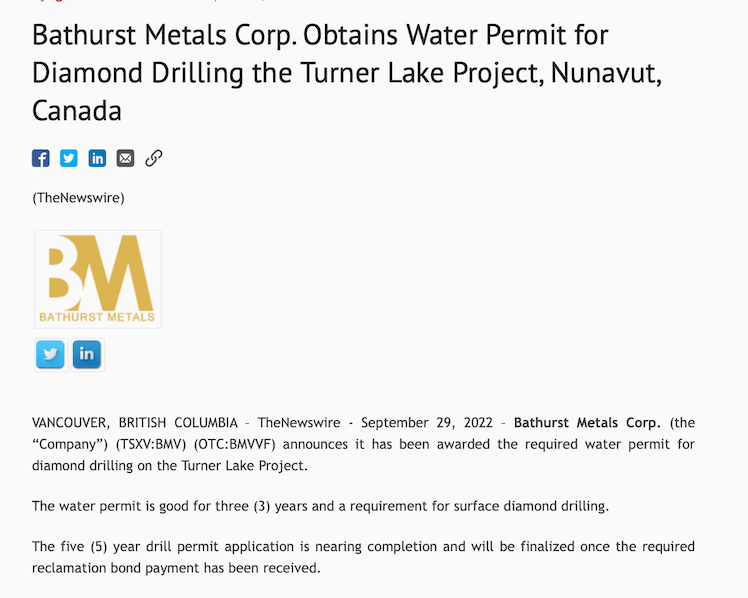 https://ceo.ca/[@thenewswire](/thenewswire)/bathurst-metals-corp-obtains-water-permit-for-diamond
I have mentioned SPC Nickel previously in a Commonstock post titled "The Need for Nickel". Couloir Capital analysts had called for >400% upside on the share price, which was double its current price at the time.
Recent positive news from SPC: 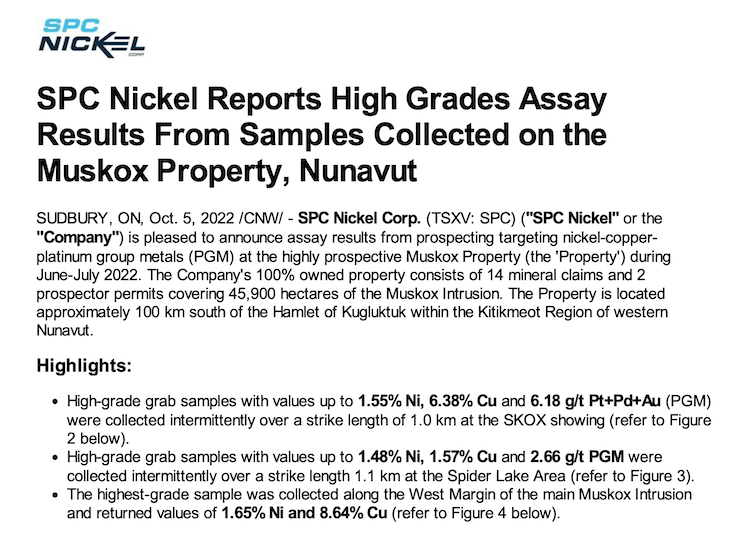 https://ceo.ca/content/sedar/SPC-20221005-News-release-English-960a.pdf
In May, Government of Nunavut Manager Paul Budkewitsch gave a presentation about the potential of copper in the region. The area hosts a surprisingly large number of high-grade discoveries. 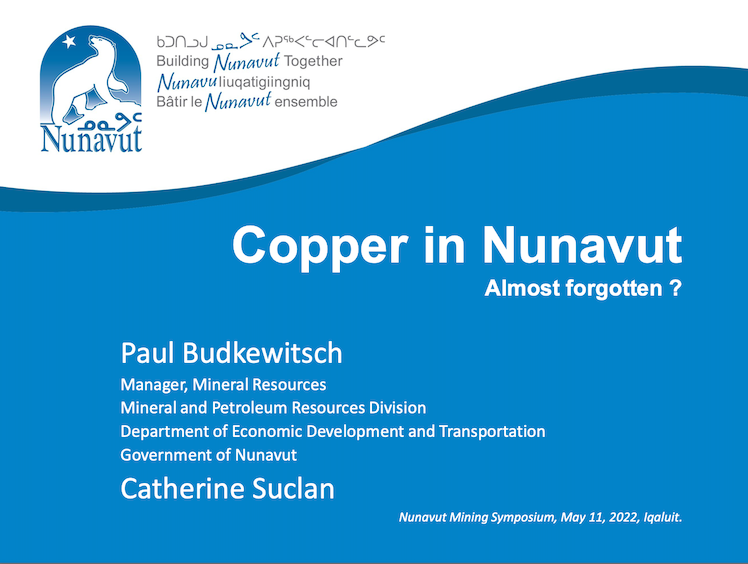 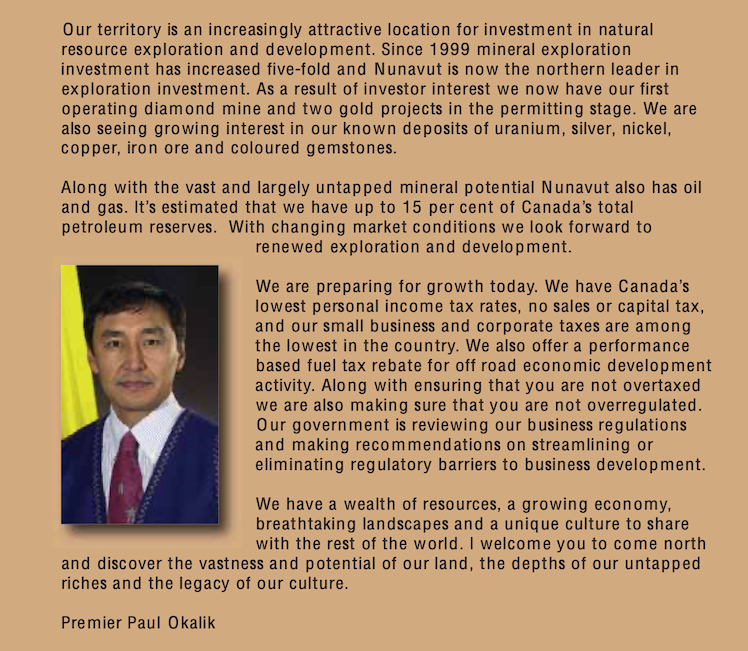 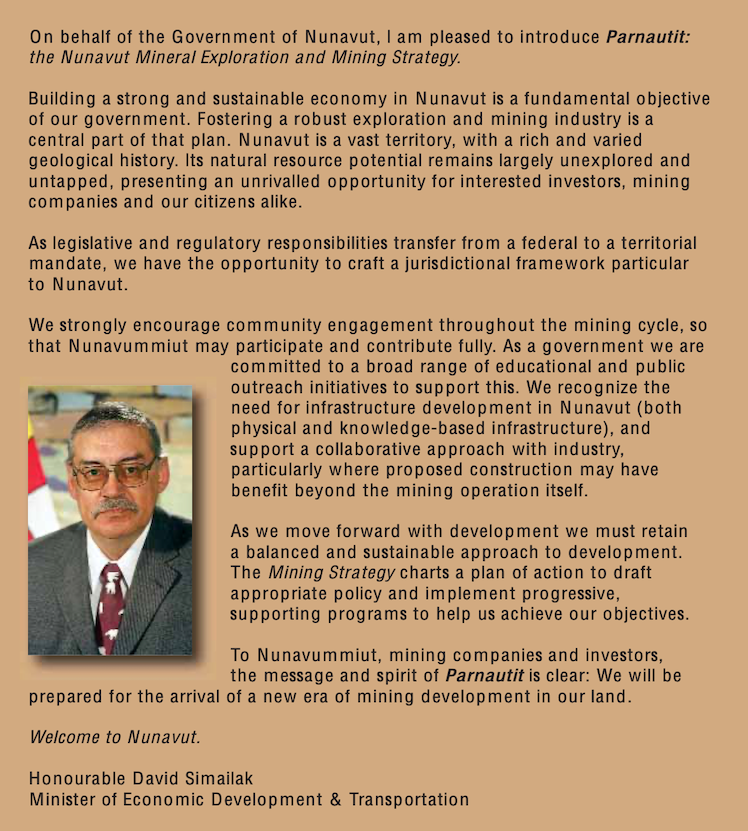 The Muskox Intrusion is the North's gem and with significant backing of both Federal and Nunavut governments, SPC & Bathurst could offer "eye-popping upside". They are most definitely worth your DD.
I have both in my portfolio and am happy to answer any questions that I can. As I always try to emphasize, junior mining companies are high risk and I never allocate more than 1-2% of my portfolio to them (max 5% for high conviction picks) - so please don't invest more than you can afford to lose and always DYODD!
No comments yetBe the first to add your insight!