Uday@upluskNovember 23
$95.3m follower assets
Retailers are the new Media
"First came search, he says, “which changed the way we interact with consumers”. Then came social media, which brought target audiences into clearer focus. Retail media is the “third wave”, says Gleason, a former executive at advertising group WPP. “The largest retailers in the world are becoming media companies in many ways.”"
Large retailers, with their troves of first-party shopping data, have been able to build advertising platforms that have enabled them to snatch a considerable proportion of ad dollars in the post-IDFA world. 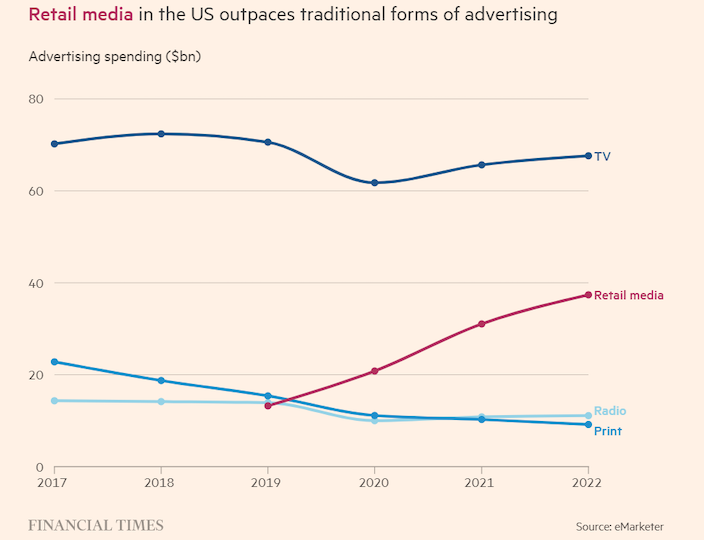 Growth in retail media is outpacing all traditional forms of advertising, taking the market to be almost be worth $40bn. Advertisers like the deterministic ad-targeting on retail platforms, which ensures them a higher ROAS certainty, as social media increasingly heads towards probabilistic models without access to third-party cookies (see: $META, $PINS, $SNAP).
Its no surprise, therefore, that retailers are seeing a healthy momentum in ad-sales, despite the slowdown in other advertising. For context, $AMZN 's advertising business has now surpassed the traditional retail and subscription services as of Q3. 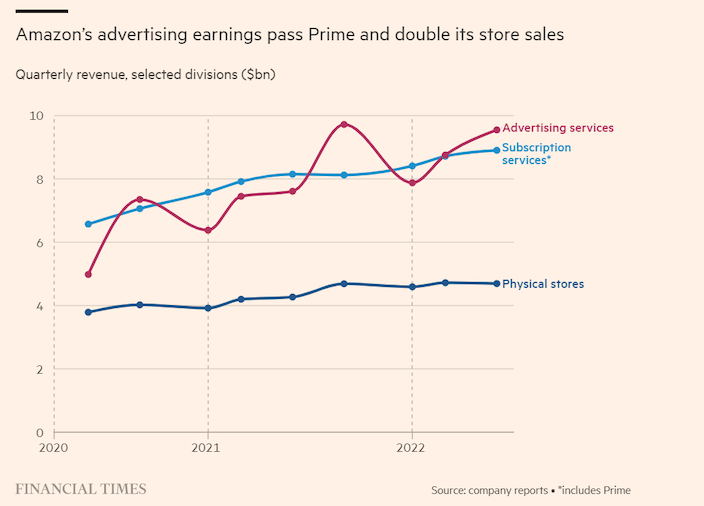 While there is much growth left to be seen, advertisers are already wary of spending without the ROIs in mind and are likely to be allocating more toward retailers with better targeting and attribution systems.
If I had to pick one, I'd go for $AMZN without much doubt.

Reasonable Yield@reasonableyieldNovember 24
Pinterest have a very slick shorts page these days. I use the app almost exclusively for cooking recipes and cleaning hacks.

Rihard Jarc@rihardjarcNovember 24
Curious what categorizes under "retail media" beside $AMZN and $WMT?

Uday@upluskNovember 25
Author
@rihardjarc most large retailers like Tesco, Asda, Carrefour etc. now have their established ad-businesses, albeit not as large as the top two of course