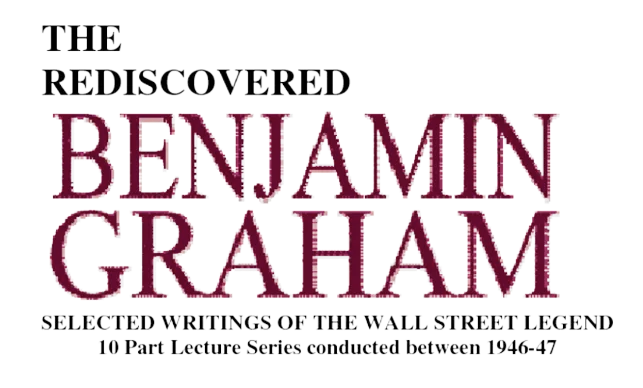 In 1946, Ben Graham would begin a series of 10 lectures to a classroom of pupils based on a course called Current Problems in Security Analysis. His intention was to inform his audience about the techniques of security analysis, and also to update his thoughts from his recent book, Security Analysis, published six years prior. Many know Graham as the mentor to Warren Buffett, who states that his investing style is 85% Graham and 15% Phil Fisher. While Fisher was regarded as an investor who helped others to recognise the value of qualitative analysis, Graham’s teachings are known to be firmly placed in the field of quantitative analysis. You may not be a pupil of Graham’s philosophies, I certainly am not, but the lectures make for an entertaining and insightful read nonetheless.
The full transcript, some 73 pages in total, was too long to reproduce in Substack, so I have taken the liberty of compiling each of the lectures into one Google Doc, which you may download as a PDF if you wish. I hope you enjoy them as much as I did.
You can find the document here.
"May I welcome you all to this series of lectures. The subject of this course is Current Problems in Security Analysis, and that covers a pretty wide field. Actually, the idea is to attempt to bring our textbook "Security Analysis" up to date, in the light of the experience of the last six years since the 1940 revision was published. The subject matter of security analysis can be divided in various ways. One division might be in three parts: First, the techniques of security analysis; secondly, standards of safety and common stock valuation; and thirdly, the relationship of the analyst to the security market.
Another way of dividing the subject might be to consider, first, the analyst as an investigator, in which role he gathers together all the relevant facts and serves them up in the most palatable and illuminating fashion he can. And then to consider the analyst as a judge of values, or an evaluator.
This first division of the subject is rather useful because there is a good field in Wall Street for people whose work it will be mainly to digest the facts, and to abstain from passing judgment on the facts, leaving that to other people.” - Benjamin Graham 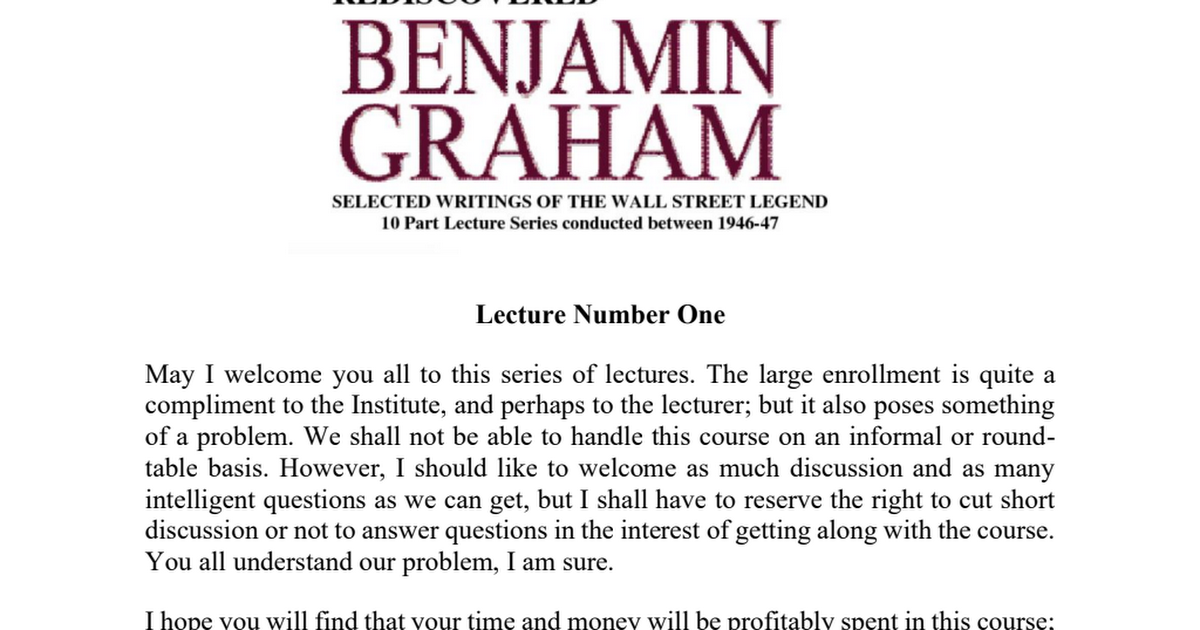 Joshua Simka@tomato11/17/2022
Security Analysis was published in in 1934.
These lectures are from 1946.
The Intelligent Investor is from 1949.
Haven't studied Security Analysis (over my head!) but if you, Conor, or anyone else have done a chronological study survey of Graham's work—I wonder if Intelligent Investor reflects the more updated thinking he was laying out in these lectures?