A new era of 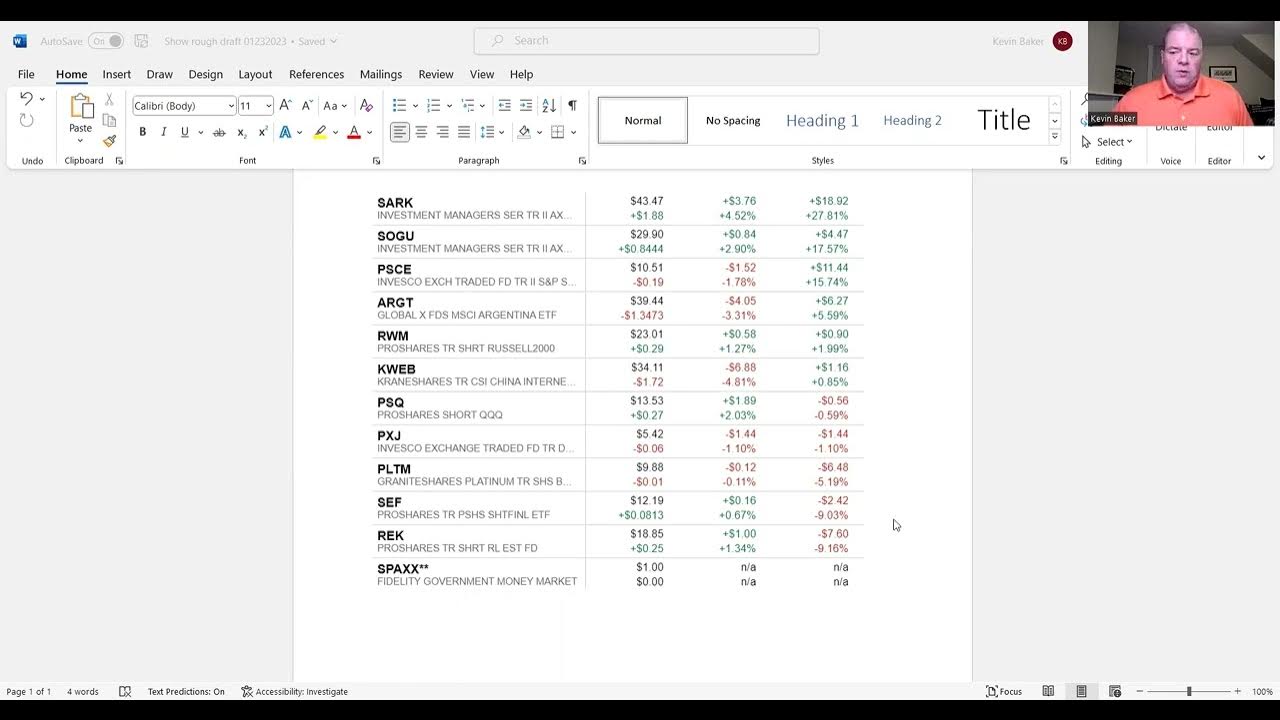 YouTube
$SEF (Short Financials) SELL, 10 Best ETF's Remain!
How to make money in up AND DOWN markets!

Scoreboard Investor@scorebdinvestor1h
$23.4m follower assets
Taxable Portfolio Watchlist Clean-Up
Similar to my Roth IRA Clean-Up, I cleaned up my Taxable Watchlist as well.
Here are the criteria I used to remove companies:
I started with 141 tickers in my watchlist and removed 96. Now down to 45. I am focused on continuing to build a strong portfolio and don't want to spend time with tickers that will not improve my portfolio. The Breakdown of what was removed:
I will be doing my first Commonstock Watchlist update for 2023 in February to start my refined Watchlist of front-runners for next year's Birthday Buys.

See more of what you want 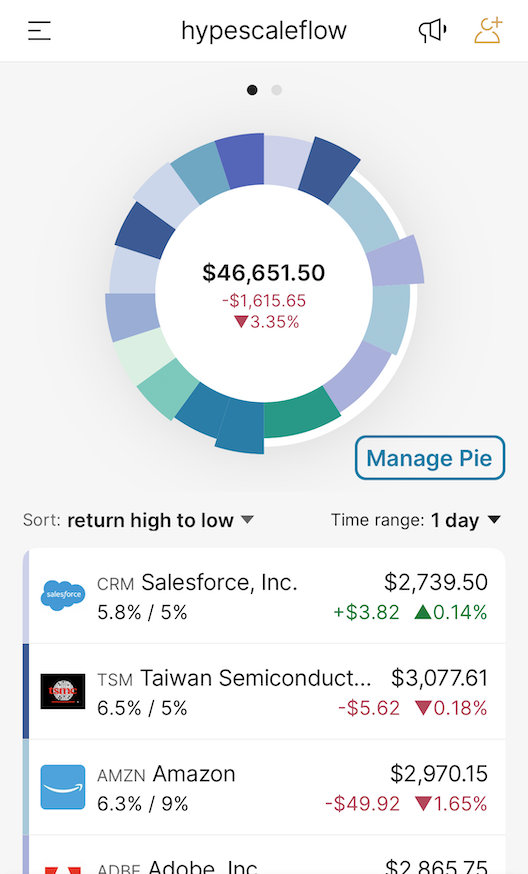 Luis Pazmino@lpaz2h
Taiwan Semiconductor Manufacturing Company
$TSM is a fascinating company in a cut-throat industry. Spent a couple of weeks researching the business. While it's a fantastic business, I don't really think it's cheap enough at the moment to peak my interest. If you can look beyond the geopolitical issues however, it's not a bad addition to a watchlist. See more below 👇🏽
https://luisepazmino.substack.com/p/real-men-have-fabs
luisepazmino.substack.com
Real Men Have Fabs
Taiwan Semiconductor Manufacturing Company (TSMC)

Nick Garcia@seasnar3h
$18.1m follower assets
Amazon Fresh Delivery Price Hike
Starting on February 28th, Amazon Prime members will have to spend at least $150 on their Amazon Fresh order in order to get free delivery, this is quite a large increase compared to the $35 minimum we have today.
There are also new fees for orders under $150, here they are:

The free delivery on grocery orders over $35 was largely a part of the reason I joined Amazon Prime in the first place, it really was a great deal and I think many will realize that once it's gone!
Amazon claims this was done in order to keep the prices down on groceries. I wonder if it would have been better to not have raised the minimum so high though. I know when I am just buying a few things, I usually end up getting a few more things just to clear that threshold and get free shipping, now with the threshold being so high, people may just buy what they need and not so much of anything extra, or just go to a store themselves.
What do you all think of this change? Here is the article I read :)
https://finance.yahoo.com/news/amazon-fresh-jacks-up-price-threshold-for-free-delivery-to-150-from-35-194909074.html
I am an $AMZN shareholder. 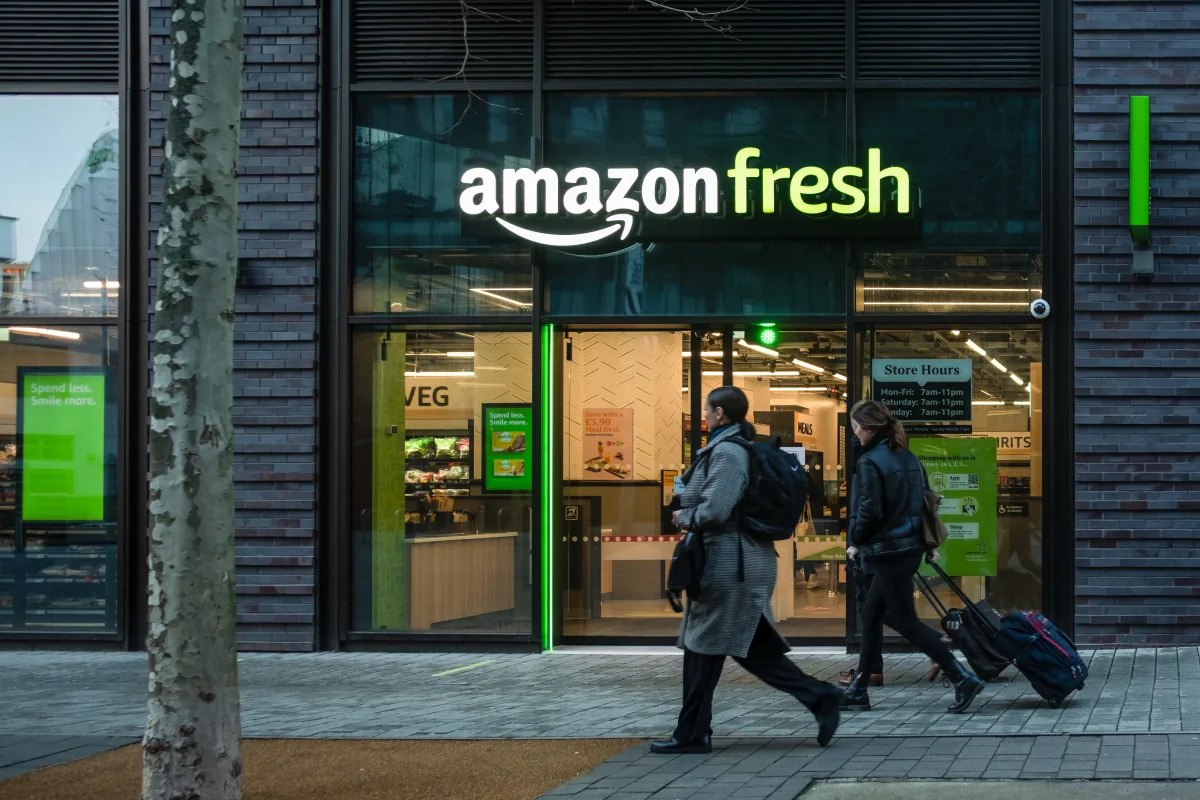 finance.yahoo.com
Amazon Fresh jacks up price threshold for free delivery to $150 from $35
Amazon (AMZN) upped that amount Prime members will have to spend to get free grocery delivery via Amazon Fresh.
Beginning February 28, shoppers will need to spend $150 or more to receive free grocery delivery. That's up from $35.
Jared Watson@wjared2h
I think it really opens the door for DTC delivery (Kroger, Giant, etc.), as well as programs like Instacart, Shipt, and Walmart+.
At Amazon’s scale I don’t think it’ll have a tangible impact to their top or bottom line.
View 3 more comments

Brett Schafer@ccm_brett3h
$27.5m follower assets
Are the current NFL rights deals actually going to kill the broadcasters?
This is an excerpt from our Sunday Finds newsletter at Chit Chat Money:
https://chitchatmoney.substack.com/p/sunday-finds-on-monday-3-thoughts
"With two of the largest TV events of the year (the NFL conference championships) last week and the Super Bowl on deck, I have been thinking about how sports — mainly American football — will impact the streaming wars in the years to come.
There’s also the new Acquired podcast on the NFL, which was great and is linked to later in this post.
The NFL just signed a decade-long deal with its traditional broadcast partners (ESPN/ABC, Fox, CBS, NBC). Amazon was included for the Thursday night game. The deals will likely stem subscriber losses for the traditional cable bundle, at least if you include virtual providers like Hulu Live and YouTube TV.
But at what cost? The contracts are clearly not profitable for the broadcasters. They also take capital away that should be invested in streaming video platforms, all of which are destined for failure except for the Disney bundle.
Eventually, whether it is five, ten, or 15 years down the road, the majority of sports content will be streamed over the internet. This will mean the death of cable/traditional TV. So what are these broadcasters’ plans? Again, excluding Disney as it should be able to transition content over to ESPN+.
I have high conviction in saying this latest NFL deal won’t be the savior for the broadcasters, but what kills them. It allows streamers (Netflix, Amazon, Apple, HBO, Hulu) to go full steam ahead and win all of the non-sports eyeballs, which they are doing with ease.
Then, when sports deals steadily come up for renewal in the next 15 - 20 years, these broadcasters will be on their last breath, all thanks to these current unsustainable sports rights contracts. Who will be there to scoop up the rights? The streamers, of course.
This blatant misjudgment by the legacy entertainment companies is playing right into the long-term strategies of Netflix, Amazon, YouTube, and Apple. Disney will probably be fine given its success with ESPN+ but needs to walk a fine tightrope. Fox Sports will be a wildcard but seems outmatched financially.
Whatever happens, it will be exciting to follow through a business/investing lens."
chitchatmoney.substack.com
Sunday Finds (on Monday) + 3 Thoughts From Last Week
Podcasts on Meta and Big Lots last week 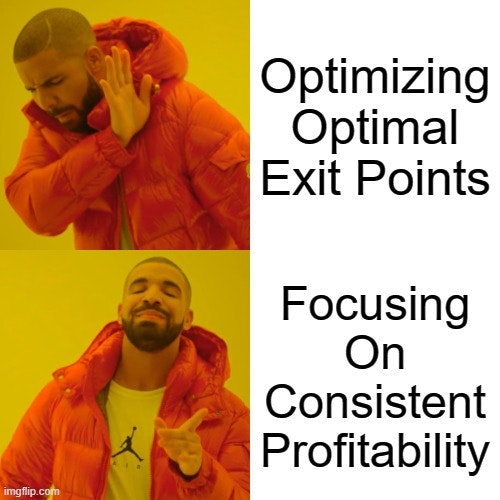 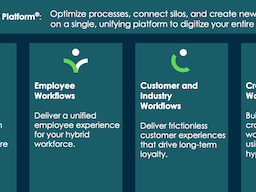 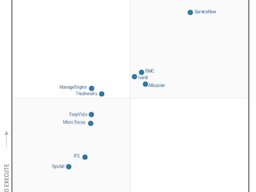 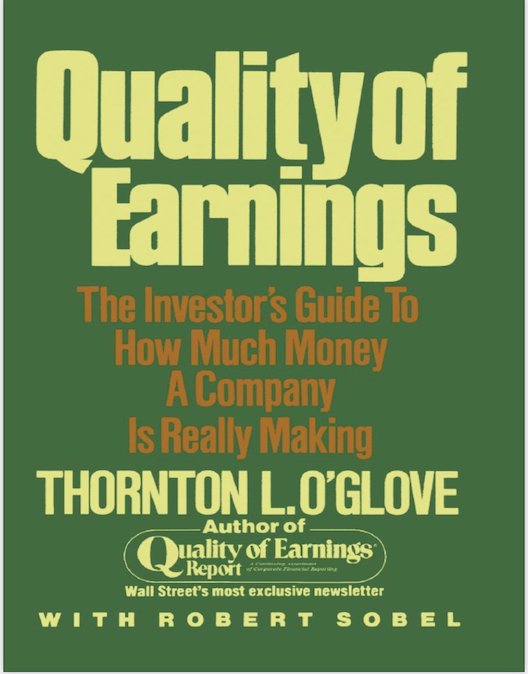 Giuliano@giuliano_mana6h
$3.6m follower assets
New Article
I published a new article based on my ongoing read of Warren Buffet's Letters, hope you enjoy it!
https://from0to1inthesm.substack.com/p/warren-buffets-actual-strategy-early
from0to1inthesm.substack.com
Warren Buffet’s Actual Strategy Early On
On Friday, I began reading all of Buffet’s shareholder letters. Well, actually, I did begin reading his letters, but I made a schedule for reading a variety of letters, from Buffet to Terry Smith, Nick Sleep and Francois Rochon. I’ll leave below the schedule and will be sharing through Twitter the main takeaways of all these writings.

Dave Ahern@ifb_podcast6h
$4.5m follower assets
Visa $V Q1 2023 Results: Payment Gateway Continues
Pandemic Recovery
Q1 2023 Results for Visa $V were released January 26, 2023
Albert Kelly, outgoing CEO, replaced by Ryan McInerney on Feb 1, 2023.
“In our fiscal first quarter of 2023, Visa grew net revenues 12% year over year as we saw stable payments volume and processed transaction growth and a continued cross-border travel recovery. We had 8% growth in GAAP EPS, 21% growth in non-GAAP EPS and returned $4 billion to shareholders. I continue to see a bright future for Visa and believe that we have the right strategy to invest in and capitalize on the opportunities ahead across consumer payments, new flows and value added services.”
Source: App Economy Insights
All charts and graphs courtesy of $V, unless otherwise noted
What we need to know:

Payments Volumes 2022-2023
Cross Border Recovery 2022-2023
Payment volumes credit vs debit
All in all, $V had a good quarter, and $V continues to
recover from the pandemic.
h/t @kostofff for the great format idea!! 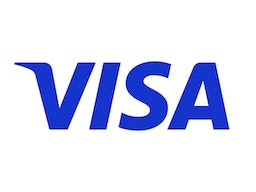 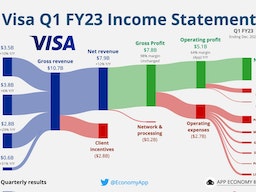 Todor Kostov@kostofff7h
$5.3m follower assets
Howard Marks (Co-Chairman of Oaktree Capital) - "The Most Important Question Is Whether We’re Going to Have Stagflation"
Howard Marks, Co-Chairman of Oaktree Capital, was the latest guest at "The Market NZZ". The interview was just published today with some great topics discussed, particularly focused on the long-term macro environment.
"... One of the most important things is patient opportunism: Try to avoid mistakes, and when there is nothing clever to do, the mistake lies in trying to be clever. So now is a good time to sit on your hands, read about how to be a good investor, ignore the noise, and try to get ready for the opportunities when they come." (The Market NZZ)
Source: The NYT
https://themarket.ch/english/howard-marks-most-important-question-is-about-stagflation-ld.8325 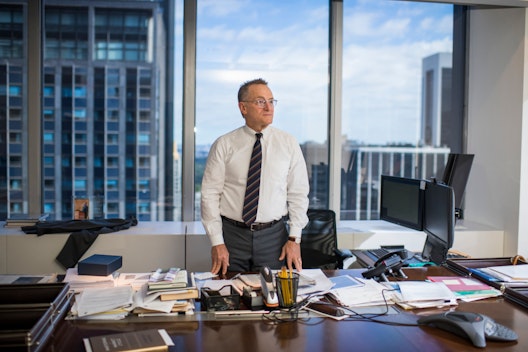 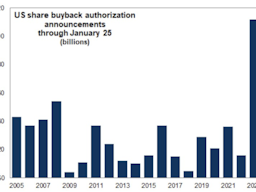 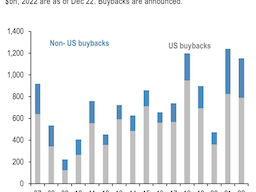 Heavy Moat Investments@stonkmetal6h
75 of those 110 billion is just Chevron lol. I am not interested in oil stocks, but wouldn't it make more sense to either keep the cash or pay dividends? Oil stocks aren't cheap right now I think?
Add a comment…

Paul Vs The Market
Fantasy Investing 2023
The new one-month-later start to the 2023 Fantasy Investing season is right around the corner! Last year was rough, but this year can’t be much worse…. Right? If you’re new to Fan…

Pete Nikolai@levmoinvesting8h
$24.2m follower assets
📈 What are you doing to prepare for the upcoming bull market?
During the relatively short history of modern stock investing, substantial recoveries and bull markets have always followed substantial declines--eventually.
Another one of those substantial recoveries started after the Great Recession ended in March 2009 and developed into the bull market which continued through 2021 with three obvious speed bumps along the way.
The market as represented by the S&P 500 rose 607% from March 2009 through the end of 2021 which is great but rather insignificant when compared with the 32,281% gain for the Optimum Mix during that same period.
We can learn from the past to prepare for the future.
The time to develop a plan for the bull market to come is before it begins.
History doesn't repeat itself, but it often rhymes (Mark Twain).
I repeat myself to try to learn and remember--and to help others do the same.
For more information see the website and subscribe to the regular email newsletter.
Any questions or feedback?
$UPRO $TQQQ $FNGU $NFLX $NVDA $NKE 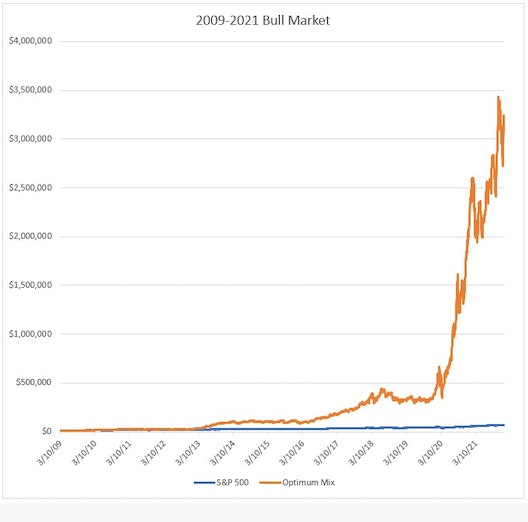 Leon@mavix8h
what do you define as modern stock investing? 🤔
Add a comment…

AverageInvestor@averageinvestor8h
$16m follower assets
Used my monthly investment to add to $BEPC, $BGFV and a sprinkling to $AMZN, $CRWD and $WM. Breaks down to an 80/20 split between dividends and growth. 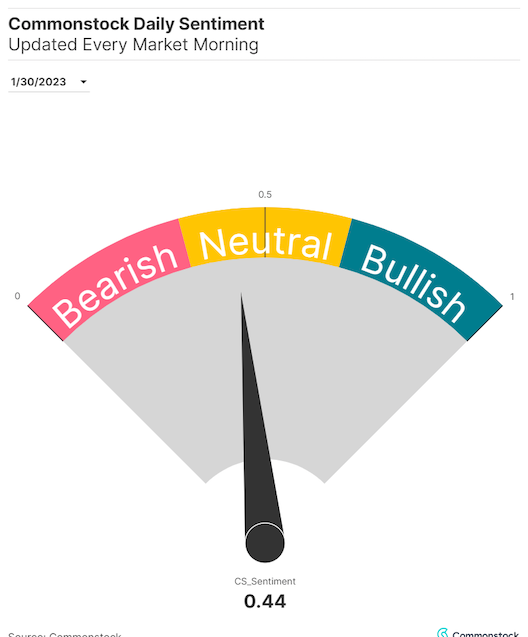 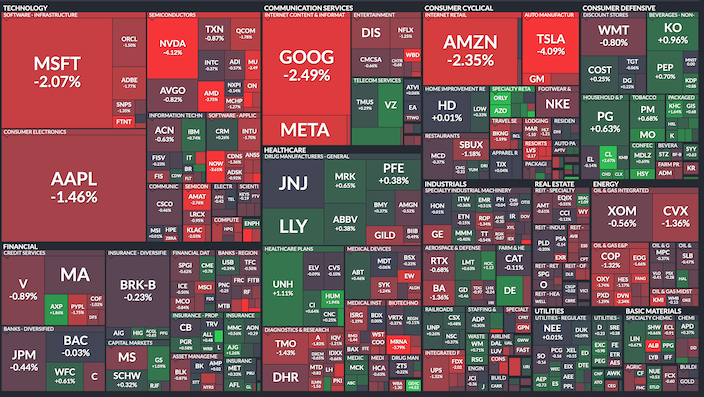 View 1 more comment
Next
Most bought
Most sold
All
Stocks
Crypto
RankAssetPrice1w change
% bought
Investing
Follower $
More
Global
Name1w change
Commonstock is a social network that amplifies the knowledge of the best investors, verified by actual track records for signal over noise. Community members can link their existing brokerage accounts and share their real time portfolio, performance and trades (by percent only, dollar amounts never shared). Commonstock is not a brokerage, but a social layer on top of existing brokerages helping to create more engaged and informed investors.
Already have an account?