Nathan Worden@nathanworden02/16/2021
$333.9m follower assets
A Crack In Creation: Chapter 1 (part 3)
I'm currently reading "A Crack in Creation" by Nobel Prize winner Jennifer Doudna in order to deepen my knowledge of the gene editing space. I will be sharing my cliff notes in memos. 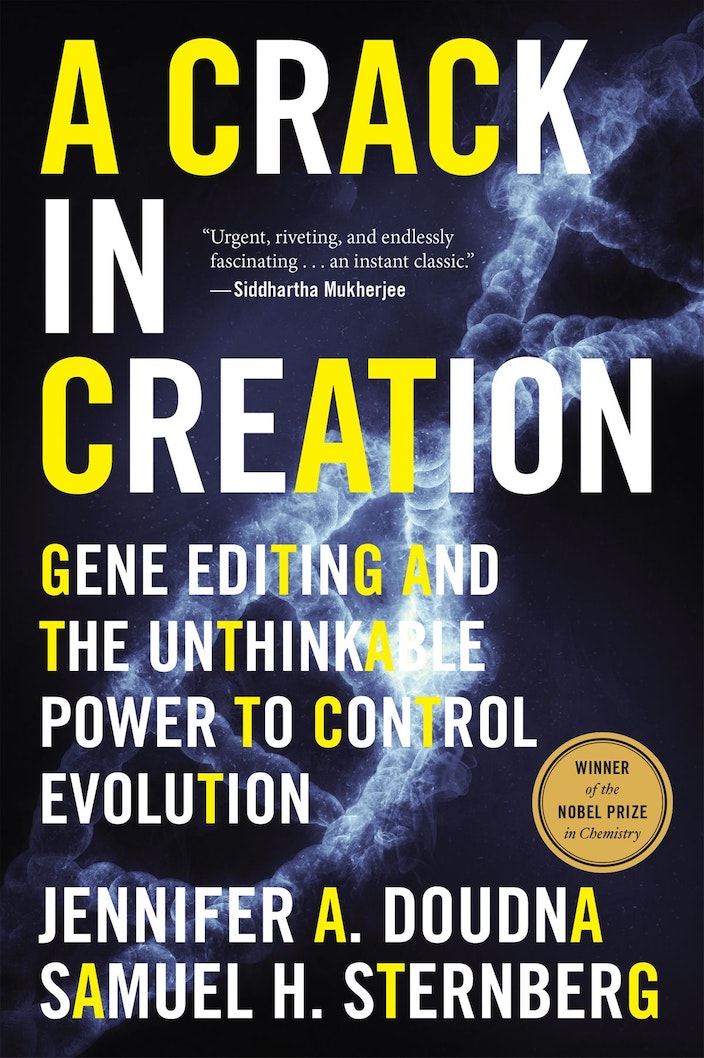 Chapter 1, Part 3 - Cliff Notes
In the 1980s, scientists were experimenting with injecting lab-made DNA directly into cells, and then allowing a phenomenon called homologous recombination to merge the foreign DNA with the experiment cells' own DNA. Homologous recombination was inefficient but it showed promise for allowing scientists to precisely paste genes into matching sites in the genome, which was a dramatic improvement over the randomness of gene splicing with viruses.
Homologous recombination could be used to deactivate genes for research purposes; you could switch genes off and observe the results, allowing scientists to discern the gene's functions.
But while homologous recombination was great for research, it wasn't fit for human therapeutic applications. More often than not homologous recombination would actually result in illegitimate recombination, where the new DNA was haphazardly integrated into the genome rather than accurately delivered to its matching sequence. Clearly, therapeutic use wasn't very promising if gene editing could correct a mutated gene in only 1 percent of transformed cells while randomly splicing DNA into the genome in the other 99 percent.
The possibility of being able to repair problematic genes had intrigued Jennifer Doudna since the beginning of her career. But in the early 1990s, being able to edit the actual DNA of genomes still seemed far-fetched.
In 1994 a researcher by the name of Maria Jasin succeeded in inducing a whopping 10 percent of cells to precisely repair a mutated gene by homologous recombination, a success rate that seems low now but that was much higher than what scientists had managed to achieve previously. She accomplished this by introducing an enzyme into mouse cells that sliced the genome apart, making a double-strand break. The double strand break was the 'alert' that initiated the process of homologous recombination.
A double strand break would free the ends of DNA at the site of the break and would be particularly prone to fusing with the DNA from a second chromosome supplied by the researcher. The double-strand-break as the initiator for the repair mechanism made sense not only for the homologous recombination, but also for the recombination that occurs whenever DNA is damaged. All cells are exposed to DNA-damaging agents, such as x-ray radiation and carcinogens, and cells are remarkably efficient at repairing those breaks without losing genetic information.
Jasin realized that double-strand-break model opened up an opportunity to improve the efficiency of gene editing by slicing apart the genome precisely where the editing was being attempted.
If you wanted to replace a defective gene in the genome with a corrected copy that had been constructed in the lab, you would first have to figure out how to cut the defective gene apart, inducing a local double-strand break in the DNA and then provide the corrected gene copy. Faced with a break, the cell would attempt to repair the damage by searching for a matching chromosome to copy- at which point it would find the synthetic gene. Essentially, you'd trick the cell into thinking it has suffered a natural source of DNA damage and supply it with a new piece of DNA, disguised as a second chromosome, that it could use to fix the broken site.
From the mid 1990s onward researches rushed to design new systems that could accurately target specific DNA sequences. If scientists could solve that problem, they would be able to unlock the full potential of gene editing.
These next generation gene-editing systems had to have three critical requirements:
The first two criteria were necessary for generating a double-strand break, and the third was necessary for the tool to be broadly useful.
Some technologies that accomplished all or a part of these were "zinc finger proteins" (ZFNs) and transcription activator-like effectors (TALEs), but both were supplanted by the next, and possibly ultimate arrival in the gene editing field:
That technology was called CRISPR. 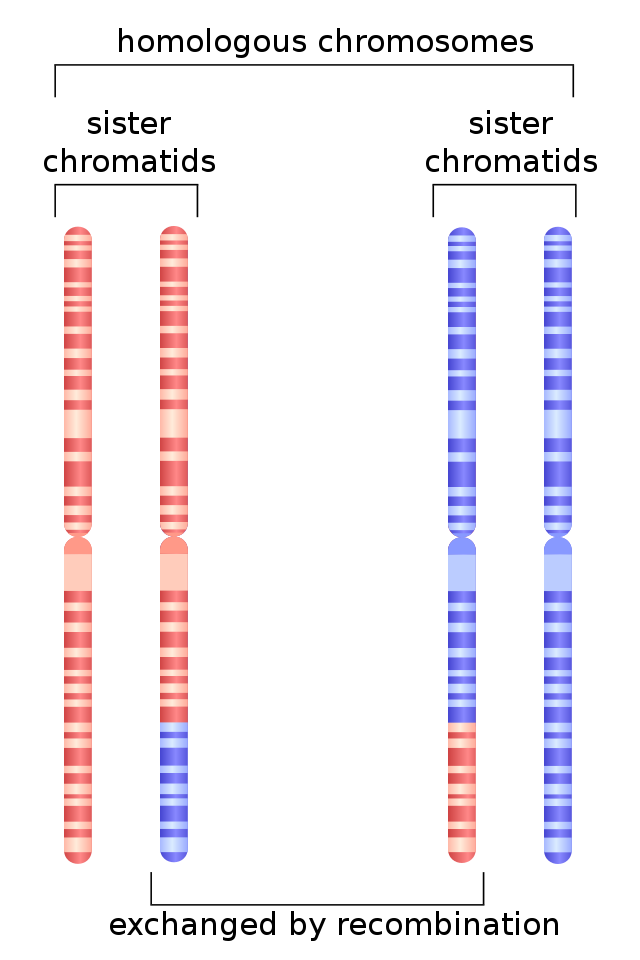 Pat@patwallen02/17/2021
How you feeling about crisper these days

Nathan Worden@nathanworden02/17/2021
Author
I still like it, the pullback is necessary / obligatory after the run up it has had. Short term I don't know what it will do but long term $CRSP is working to mass-produce cell therapies that will work in any person.
Currently, cell therapies are manufactured from cells derived from human donors or from a patient’s own cells, making the process lengthy and cumbersome to develop the medication. If CRISPR is successful in its approach, it would mean off-the-shelf cell-based medicines developed using cells from diverse group of donors. The company’s in-house CTX110 therapy for non-Hodgkin’s lymphoma has already seen positive results from phase 1 trials.
This will all take a lot of time to come to fruition. I hold $CRSP in a Roth IRA and plan to just ride out the ups and downs.

Pat@patwallen02/17/2021
If it was a traditional ira would you feel differently about it?

Nathan Worden@nathanworden02/17/2021
Author
No, I wouldn't feel differently. My play is assuming things will go well long term. If they do, then the tax-free withdrawals after age 59 in the Roth would be amazing. But I've also thought about buying $CRSP in my normal brokerage. Haven't yet, but the dip is enticing.

Pat@patwallen02/17/2021
I bought a share today in my IRA and going to watch it over the next few days and weeks. Will keep buying Bc you’re so darn into it!

Nathan Worden@nathanworden02/17/2021
Author
Haha well spread it out and don't let it rise to too large of an allocation in your portfolio too fast haha, this is a long game.

Pat@patwallen02/17/2021
Yea I’m gunna have to change the way I trade stock w my IRA Bc there’s an incentive to sell :/ I’m a long hold kinda guy

myaparker.eth@myaparker02/18/2021
@nathanworden you guys at common stock should create a youtube channel bc itd be cool if you guys could do vids on stocks for beginners or something like featuring these informative memos on there. IDK but i do think its smart to have a youtube channel.

Nathan Worden@nathanworden02/18/2021
Author
Great idea! I know people on here are excited about how to reach people on different platforms like Youtube.
One example is that a group of us are doing a live conversation on Clubhouse tonight. If you're interested in attending, let me know and I can send you a Clubhouse invite if you don't already have it. Would be great to meet you!

myaparker.eth@myaparker02/18/2021
i cant because i have an android

Nathan Worden@nathanworden02/18/2021
Author
Darn, yeah, a lot of my friends are the same and can't join yet for the same reason. Here's to hoping Clubhouse expands to Android soon!