MarketWatch@marketwatchJanuary 6
Southwest sees flight cancellations costing up to $825 million
Southwest Airlines Co. warned Friday that it expects to report a surprise net loss for the fourth quarter, because of the costs associated with all the flights it canceled in December.
The air carrier disclosed it canceled more than 16,700 flights from Dec. 21 through Dec. 31, as antiquated scheduling systems and highly complex network exacerbated disruptions caused by adverse winter weather.
Southwest estimated the flight disruptions will reduce earnings by $725 million to $825 million, leading it to report a fourth-quarter net loss. The FactSet consensus for net income is estimated at $315.1 million. The company also expected to report fourth-quarter available seat miles that were down about 6% from the same period in pre-pandemic 2019, compared with previous capacity guidance of about 2% below 2019 levels.
The stock LUV, -0.27% fell 1.2% in premarket trading Friday. It had dropped 7.5% during the 10-day period of flight cancellations.
The company said a “significant portion” of the cost was from an estimated revenue loss of $400 million to $425 million.
The rest of the estimated costs, which will range from $300 million to $425 million, is primarily from estimated travel expense reimbursements to passengers, the value of Rapid Reward points offered as a “gesture of goodwill” to passengers and premium pay and additional compensation for employees.
Those costs were “partially offset” by lower fuel and profit-sharing expenses. 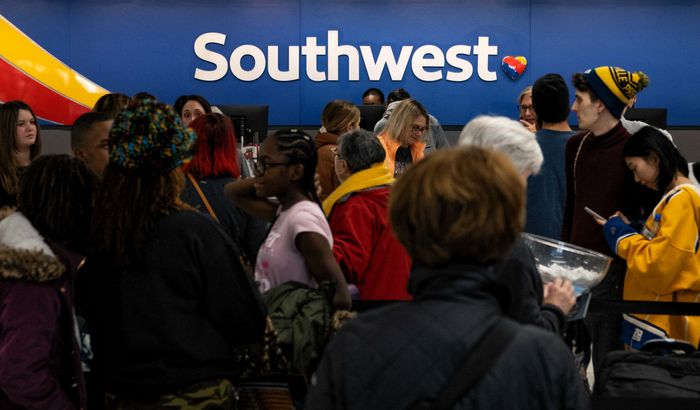