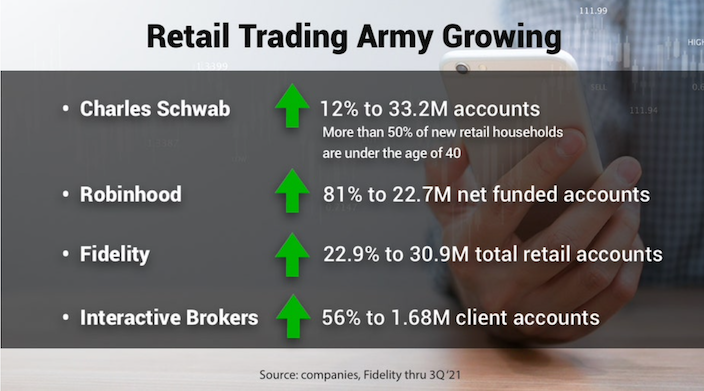 Lately I've become rather addicted to Twitter Spaces. Spaces are great because I can listen while I'm in the car, making dinner, or at my desk to take notes. I particularly enjoy the ones led by the following Twitter accounts:

Investors can learn valuable information from knowledgable and experienced speakers like Josh Young, Chief Investment Officer & Founder of Bison Interests, or Eric Nuttall, Partner and Senior Portfolio Manager with Ninepoint Partners LP. Hedge fund managers, engineers, geologists, commodity experts, and retail investors all participate in a forum you're unable to find anywhere else.
O'Hare's Spaces are somewhat unique in that they're delivered with a good dose of humour but can venture into more serious topics, even covering dating apps and lawsuits. Few are brave enough to mention the 'elephant in the room' as O'Hare has, and I felt it was important to write about this as it's affected me personally. The elephant I'm referring to is the level of trust we place in anonymous social media accounts, something I have had to remain aware of myself and I've occasionally questioned my own judgement.
December 11, 2008, was the beginning of a financial nightmare for thousands of people after word got out that financier Bernie Madoff was arrested for running the biggest Ponzi scheme in U.S. history.

O'Hare mentioned recently that simply hosting a Spaces session or being featured as a speaker can lend some unwarranted credibility to anonymous individuals, perhaps even elevating them to 'stardom status' within the Twitter community. I was reminded of the Bernie Madoff story, where successful and intelligent people fell victim to his charms and lost millions in the largest Ponzi scheme in U.S. history. Steven Spielberg, Kevin Bacon, Kyra Sedgwick, John Malkovich, and Larry King were among the prominent figures who suffered significant losses. I suspect these celebrities placed their unwavering trust in Madoff given his reputation as a successful financier and felt questioning his decisions would be unnecessary.
"I see him as a sick man," Sedgwick told Piers Morgan on CNN in 2012. "And I see us as adults who made a choice. And I see a lot of people who are so much worse off than we are..."
O'Hare commented that perhaps 20% of those attending Spaces will speak or ask questions while the remaining 80% generally remain silent. What do the 80% do with the information they obtained? How many act upon it in some way? Do they sell what could be a profitable investment because they listened to bearish sentiment in the room, or do they buy a stock suggested by an individual who hasn't performed sufficient due diligence?
The retail trading army is rapidly growing and so is the danger of being uninformed.
While some Reddit traders were able to make a lot of money in a short amount of time by buying and then selling AMC and/or GameStop at the exact right moment, investing in meme stocks is generally very risky.
A meme stock’s value is a result of its hype on social media and not necessarily the company’s performance. Though there is a potential for monumental gains, meme investors are more likely to experience potentially bigger losses as the stocks become overvalued and their price dramatically plummets. 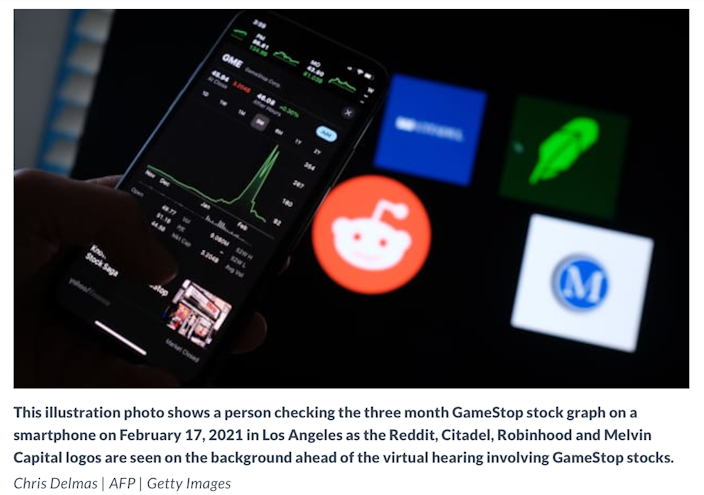 Sadly, Spaces can be used for nefarious purposes and a novice investor seeking a quick profit, as well as a sense of community, can quickly become prey. As successful celebrities fell for Madoff's Ponzi, the retail crowd falls for meme stocks and Twitter personalities professing expertise they may not actually possess.
I happen to have had the privilege of meeting both Sohaib & Razor Oil in person, as we live in the same city and have attended events related to energy investing. Razor has been kind enough to offer me opportunities to speak on Spaces, but I am rather shy and tend to trip on my tongue occasionally. I find I am much better with written word than verbal communication. I recently accepted his invitation and spoke of my interest in copper, lithium, vanadium, and manganese. My words have plagued me since.
I frequently admit to my penchant for the high-risk junior mining sector and in the Spaces session I mentioned one of my more successful holdings, Patriot Battery Metals. Though a ~700% return may have sounded impressive to some in the room, they didn't have the opportunity to hear me speak about the losses I've had elsewhere and what I've learned from them. I have written a number of posts on Commonstock as a guide to avoiding losses and maximizing profits in junior mining, but it's a sector that requires significant due diligence and constant monitoring. Unless someone has read my posts here, or the caveat* I mention whenever I suggest a company I feel is worth looking at, I have concerns that some in the room left under the impression that returns like that of Patriot's are commonplace in the sector.
*I always mention the risk level of junior mining investments, stating I never invest more than I can afford to lose. For me, that usually means a 1-2% allocation and a maximum of 5% (rare!).
Years later, Bacon echoed his wife's sentiments about the scandal. “It was a bad day," Bacon admitted to The Guardian during an interview in 2017. "But pretty quickly we were able to see all the things we had as opposed to whatever we lost, and those are the biggest cliches: children, health, love, a nice home. So we got through it together. I don’t think about Madoff, like, at all.”
He also added that the "real victims" were those who lost their entire life savings. “I think there’s a good cautionary tale there, to be cognizant of what’s happening with your money.”
O'Hare and his guests often provide valuable information for investors, but perhaps the best lesson anyone may have gained from his Spaces so far is that of personal responsibility. It can't be said enough: only you know what amount you can comfortably invest and still sleep well at night, only you can determine when you buy & sell, and only you should be performing the hard work before you place your hard-earned dollars into an investment.
Never listen to anyone, including me, without taking a long hard look yourself - stock 'tips' are great if they work, but I can guarantee you more often than not, that they don't. If you've performed the due diligence yourself, your conviction will see you through more volatility than if you blindly accepted the word of a stranger on Twitter. In the end, you're more likely to walk away with a profit, as well as a sense of satisfaction from what YOU have accomplished. 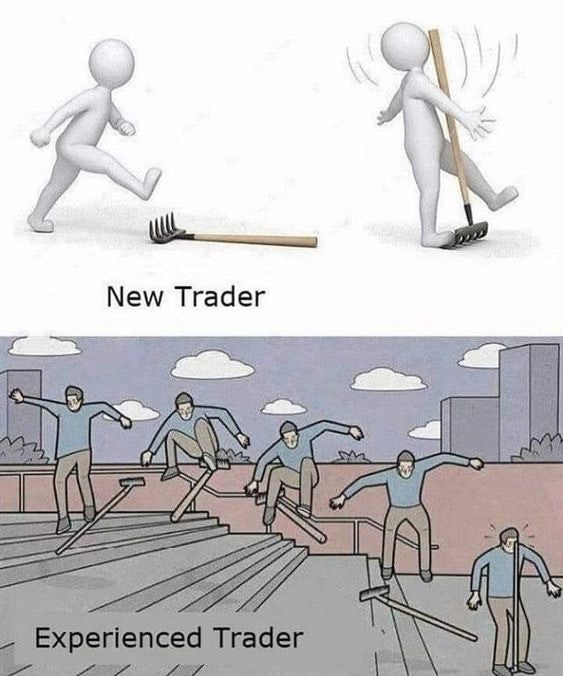 Bernie Madoff: 6 Famous Victims of His Ponzi Scheme
In 2009, the financial advisor pled guilty to running the biggest investment fraud the world has ever known, with many notable names as his clients.
Biography

Nathan Worden@nathanwordenAugust 8
I love this post— I agree completely that:
• Only you know what amount you can comfortably invest
• Only you can determine when you buy & sell your own money
• Only you should be performing the hard work before you place your hard-earned dollars into an investment
This post is something I wish everyone would read as they begin their investing journey, or who start getting involved in communities on Twitter or Commonstock. These communities are huge resources, but the investment ideas shared are not meant to be acted on without proper due diligence.
If anything what you hear in a space on read on Commonstock should act as inspiration to go learn more for yourself.
Thanks for writing this Jennifer!

Jennifer@jennymanydotsAugust 9
Author
@nathanworden Thank you, Nathan. This one meant something to me personally, I hope novice investors that read it take that advice to heart.

Jennifer@jennymanydotsAugust 9
Author
@devinlasarre Thank you, I agree!
Tristan@tristandeboerAugust 8
I recall when I got started I'd seek out personalities and accounts to try and learn as much as possible, and would try to follow them onto some of their stock tips. They seem like they're offering information to help the little guy, right? In fact, there are firms and personalities that exist entirely to influence exactly this kind of naive person.
Although there's so much I don't know, I've learned that figuring out who to trust, relationships and your own due diligence (as much as this is possible, anyway) are very helpful. Skepticism is essential.

Jennifer@jennymanydotsAugust 9
Author
@tristandeboer Wholeheartedly agree, Tristan. Thank you for your comment. I think many that are new to investing are blinded by the excitement - I know I was. It took a few hard knocks before I developed the "essential" skepticism you mentioned. Social media can be used for so much good, but one always needs to watch out for those with bad intentions.

Johan Eklund, CFA@piggybackAugust 9
Great advice post @jennymanydots and the good of @nathanworden to amplify it!
Self-regulating communities that amplify civilized, critical discussion on investing ideas/content can create a very good learning environment for investing novices. Hopeful @commonstock continues to take more steps in this direction
(Unfortunately, we may have to wait for existing or future major social media platforms to phase out/tune down the attention algo feed games that degrade the investing learning experience on the broader #fintwit.)

Jennifer@jennymanydotsAugust 9
Author
@piggyback Thank you Johan, I appreciate @commonstock for this reason. Respectful engagement and transparency are key and as much as I love Twitter, it could certainly improve there. I appreciate your comment, thanks!