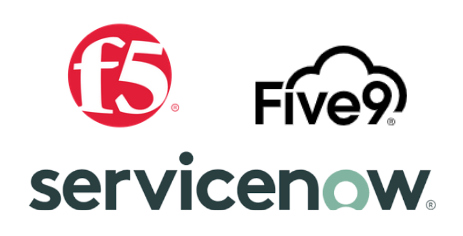 As quarterly earnings season is beginning for software infrastructure companies, I like to monitor the results of providers in adjacent categories for signals about the overall demand environment for companies that I own. While not a direct replacement, these related software companies can reveal how enterprise spending is trending and raise any warning flags or surface potential tailwinds. Additionally, in the segments in which smaller providers compete with the hyperscalers, we can understand where the large public cloud vendors are consolidating share and where spending trends are benefiting all companies. The reports thus far have been instructive, showing that enterprise spend on software and cloud is slowing, but seems to be surprisingly resilient given the macro backdrop.
In this post, I will go through the take-aways of interest from F5, ServiceNow and Five9. For these posts, I won't rehash all the performance for a particular company, as some include categories of IT spend that aren't relevant. Rather, I will summarize and cherry-pick the items that are applicable for software infrastructure and security providers. This supplements a prior post I published recently reviewing the performance of the hyperscalers in Q2.
F5 (FFIV)
F5 has been out of the spotlight for a while, as cloud-based services have replaced many of their legacy hardware products in DNS, load balancing, WAF and DDOS mitigation. Like most hardware vendors, F5 has evolved over the years and now offers a software-based version of their product through a virtual machine that can be deployed onto a customer's servers in a cloud or on-premise environment.
Recently, they began offering a set of cloud-based software services that perform functions like DDOS protection, WAF, bot mitigation, API security and app-app network transit. They even have a global network of about two dozen PoPs co-located within hyperscaler data centers. These deliver about 10+ Tbps of peered capacity across four continents, with private backbone capacity and dedicated connectivity for cloud and SaaS providers.
As such, F5 provides a reasonable proxy of demand for network and application security functions. They reported their Q3 FY2022 results on July 25th. The overall performance was lackluster, with total revenue growing 3.5% y/y to $674.5M. This beat the analyst expectations for $667.8M. Additionally, Q4 (next quarter) guidance for revenue was roughly inline at $680-700M versus analyst consensus for $690.7M. The midpoint of Q4 revenue would represent about 2.4% sequential growth over the prior quarter. While low, this does demonstrate that spending is continuing, with presumably some upside on top of that. The stock was up about 3.5% the following day, indicating that the market was reasonably pleased with their results.

Peter Offringa@stackinvestingAugust 3
Author
@sazu Hi - thanks for the feedback. Appreciate it.

Joshua Simka@tomatoAugust 3
I'm long $FIVN since 2018. I've thought of selling a few times but always find something else to love about this company, and when it emerged that $ZM was considering buying it bolstered my conviction. I think you gave a good overview of them!