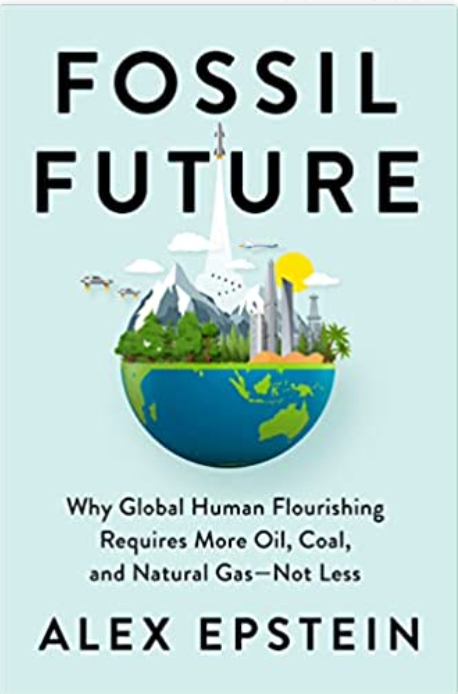 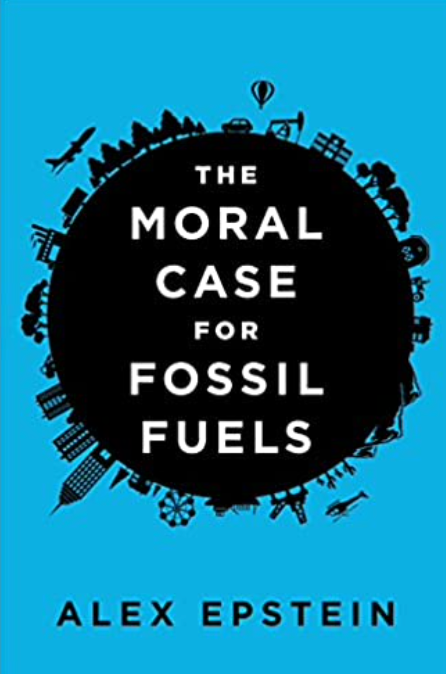 I never cease to be amazed by the generosity & goodwill of the #COM. They are truly a wonderful group of people, though I often wonder what Greta Thunberg would think if she were to join us at our occasional gatherings at Calgary's Last Best one evening. I don't think she would be as keen on them as I am, but that would be her loss.
I'm very grateful to one member in particular who was so kind as to provide me with two tickets to hear Alex Epstein speak this afternoon at the Calgary Petroleum Club.
Alex is an energy expert and founder of the Center for Industrial Progress, which offers a positive, pro-human alternative to the green movement. He is also the author of two outstanding books, "The Moral Case for Fossil Fuels" & "Fossil Future". 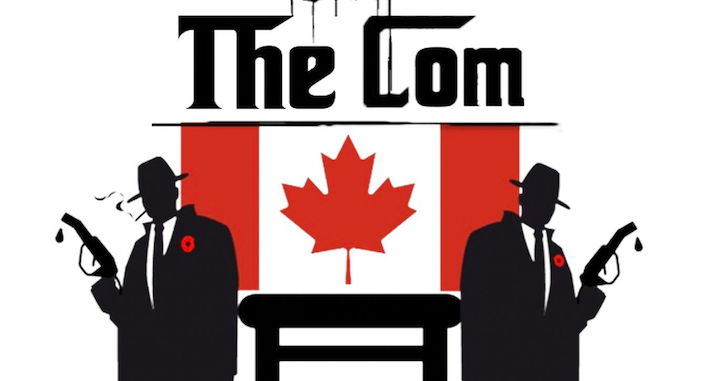 The #COM's logo may look nefarious, however their goal is anything but. The Canadian Oil Mafia has dedicated themselves "to educating the world on energy security and the generational opportunity in the Canadian oil patch". 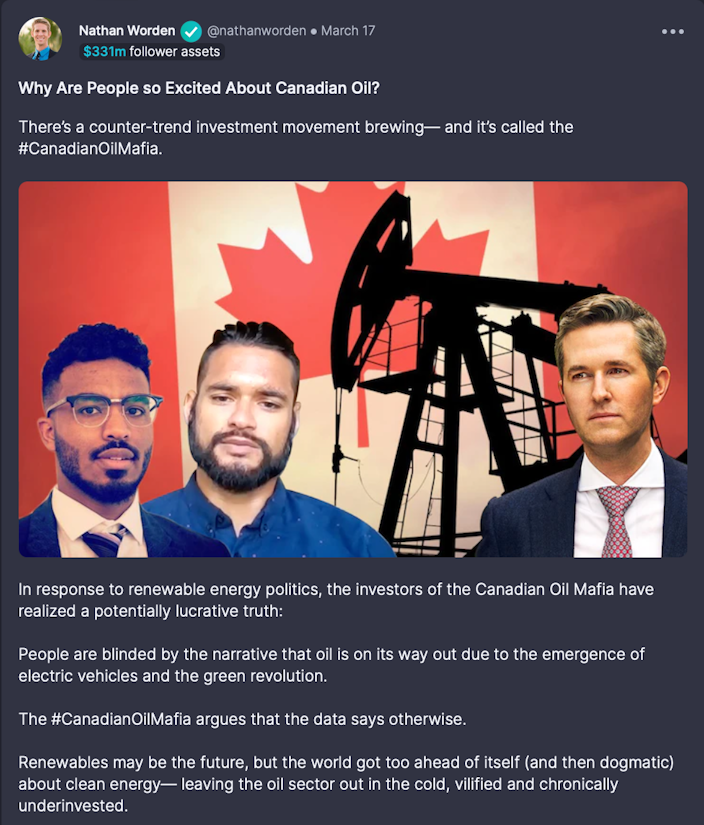 If you haven't read @nathanworden's previous post about the #COM & Canadian Oil, it's worth your time - because as Nathan states:
The point boils down to this: We still need oil.
https://commonstock.com/post/4b29aae2-f0bb-4d6c-8421-771831b78225
In his speech at the Petroleum Club today, Alex made an excellent comparison that energy advocates might appreciate having in their arsenal:
When you receive a prescription from your doctor for an illness, do you decide not to take the medication because of possible side effects? Or do the benefits of the drug outweigh those concerns?
What if the pharmaceutical company continued to manufacture the drug and made continual improvements, so that the benefits increased and the side effects decreased? Should protestors have shut down the manufacturer over the original side effects, leaving those that needed the medication to become increasingly ill and potentially even die without treatment?
It seems much of the world has forgotten the benefits that affordable energy brings us. Rather than working with industry to reduce those side effects, both government & protestors have decided it is better to abandon fossil fuels entirely. This short-sighted approach will leave much of the world to suffer. Sadly, we are just beginning to witness the ramifications as humanity begins to pay the price. 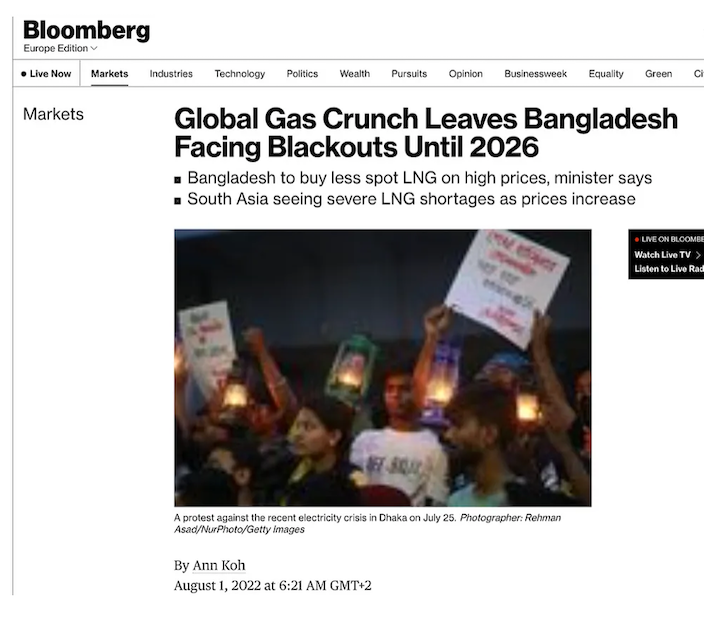 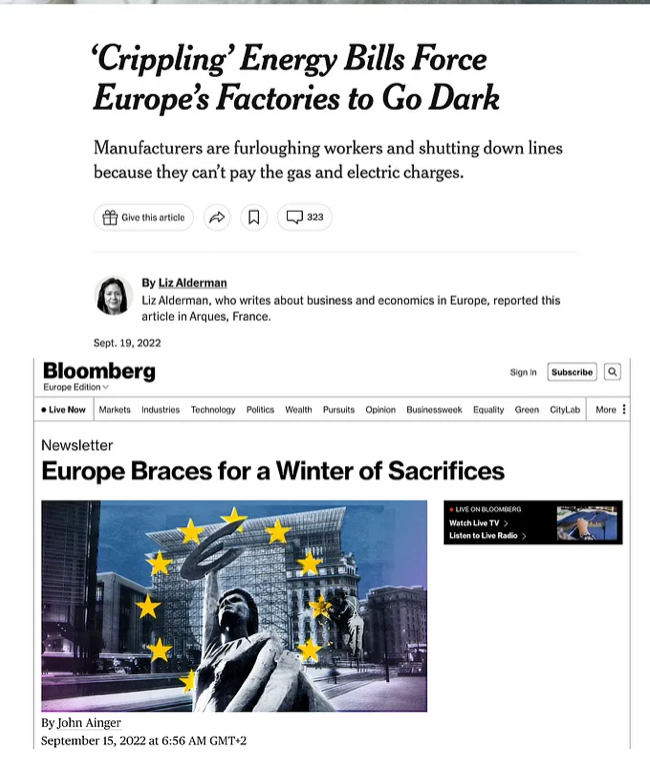 Having lived for decades with a First World standard of living, it seems many in the Western World have forgotten how that standard was achieved. The hard truth is that none of these advances would have been possible without fossil fuels. To deny these same benefits to countries with less wealth would be nothing short of inhumane. 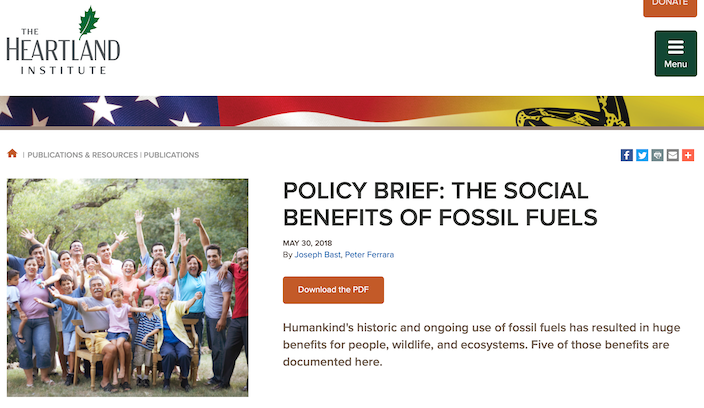 https://www.wsj.com/articles/the-social-benefits-of-fossil-fuels-far-outweigh-the-costs-1529258294
The benefits of oil, coal and gas are rarely acknowledged by environmental activists, who seek to regulate and tax these fuel sources out of existence. But an honest accounting shows that fossil fuels produce enormous social value that far outweighs their costs.
First, fossil fuels are lifting billions of people out of poverty, and in turn improving health. “The most fundamental attribute of modern society is simply this,” writes historian Vaclav Smil in his 2003 book on energy: “Ours is a high energy civilization based largely on combustion of fossil fuels.”
Fossil fuels, and coal in particular, provided the energy that powered the Industrial Revolution. Today, coal plants still produce most of the electricity that powers high-tech manufacturing equipment and charges mobile computing devices.
Another speaker that I was privileged to hear from today was Michael Binnion, President & Founder, Questerre Energy Corporation. Michael incorporated the Modern Miracle Network in 2016, a Canadian fossil fuel advocacy organization. 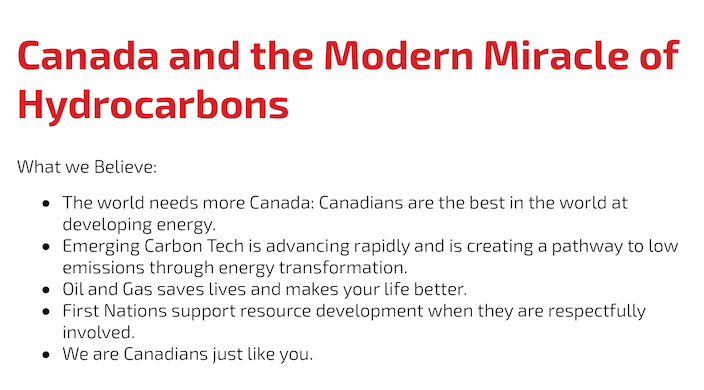 From the combustion engines that transport people and goods across the globe, to many of the medicines that have extended the human lifespan, these tiny molecules are the backbone of so many advances we take for granted every day.
As Canadians we have even more to celebrate, Canadian hydrocarbon production is among the world’s safest and most tightly regulated environmentally. Canadian producers are constantly innovating to be even safer and more efficient as they provide the energy the world needs.
What’s more, support of Canadian industry supports our world-class quality of life, including schools, hospitals and social programming.
Other groups doing a wonderful job advocating for Canada's energy industry include "Canada Action" and "Ten Peaks".
Why Canadian energy?
Canada’s energy production – whether it be oil, natural gas, nuclear, hydro, solar, wind, or biofuels – is done under one of the most transparent and environmentally responsible regulatory regimes in the world. All Canadians should be proud of our world-class energy sector which also is a major contributor to our economy (10 per cent of GDP per annum) and supports over 800,000 jobs from coast-to-coast. 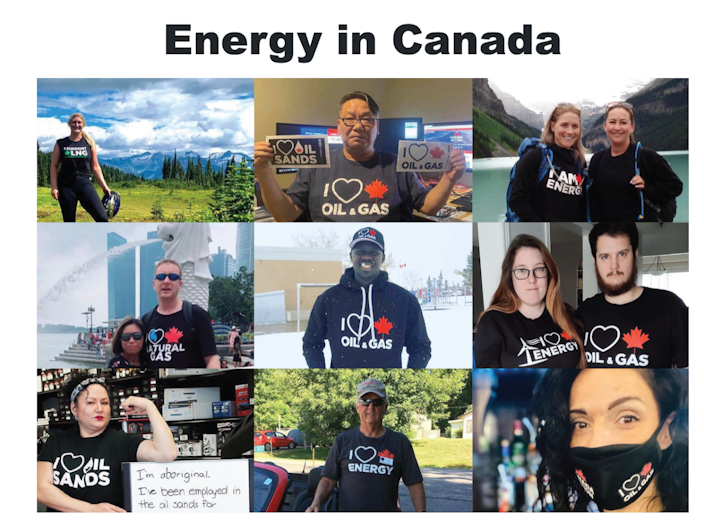 https://www.canadaaction.ca/energy
Canada's energy sector has a long record of environmental stewardship, as proven by a long list of facts including: 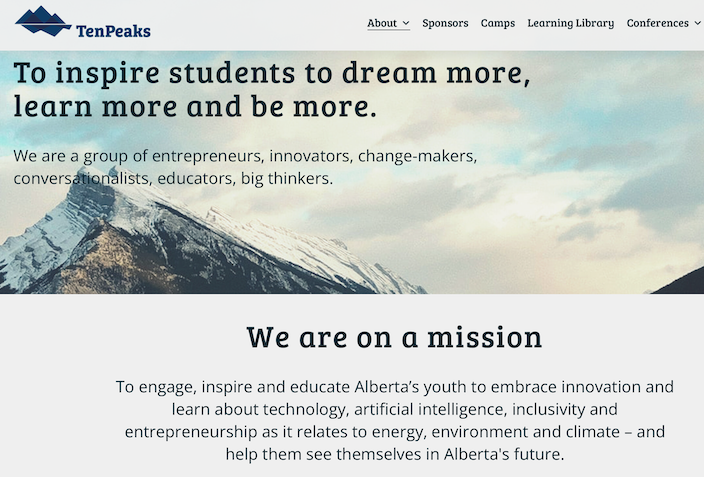 **_"The data that we have is that around three billion people, which is not quite half the planet, don't have access to clean cooking. Now, in many cases, it is wood. It's also charcoal, it's coal. It's dung cakes. It's kerosene. You know, in some places I've seen people just burning rubbish because they need heat. So, it's a lot of things. It's not only wood, but wood is a big part of it and it's killing people.
_**
**_We can address these problems — save lives and reduce deforestation — by providing access to clean cooking with liquefied petroleum gas (LPG).
_**
What is it that makes a fuel clean? You can argue that carbon dioxide actually is not dirty. Carbon dioxide causes climate change, but in itself, it's not dirty. What is not clean about LPG? There's very little I would say that's not clean about it. I have mentioned the number of people that die. They're dying from exposure to particulates. They're dying from exposure to nitrous oxides. They're dying from these kinds of pollutants that you get from traditional fuels that you don't get from LPG."
https://www.forbes.com/sites/rrapier/2021/02/01/how-fossil-fuels-are-saving-lives-in-developing-countries/?sh=7b9cf380763f
It's time we all demanded more - more funding for climate-friendly Canadian oil & gas initiatives, more supply chain awareness, and more appreciation for all the benefits that fossil fuels offer us. Perhaps most importantly, more understanding that across the globe there are many that wish to build a functional economic system and end rampant poverty.
As Nathan Worden said, the point boils down to this: We still need oil. And so do they. 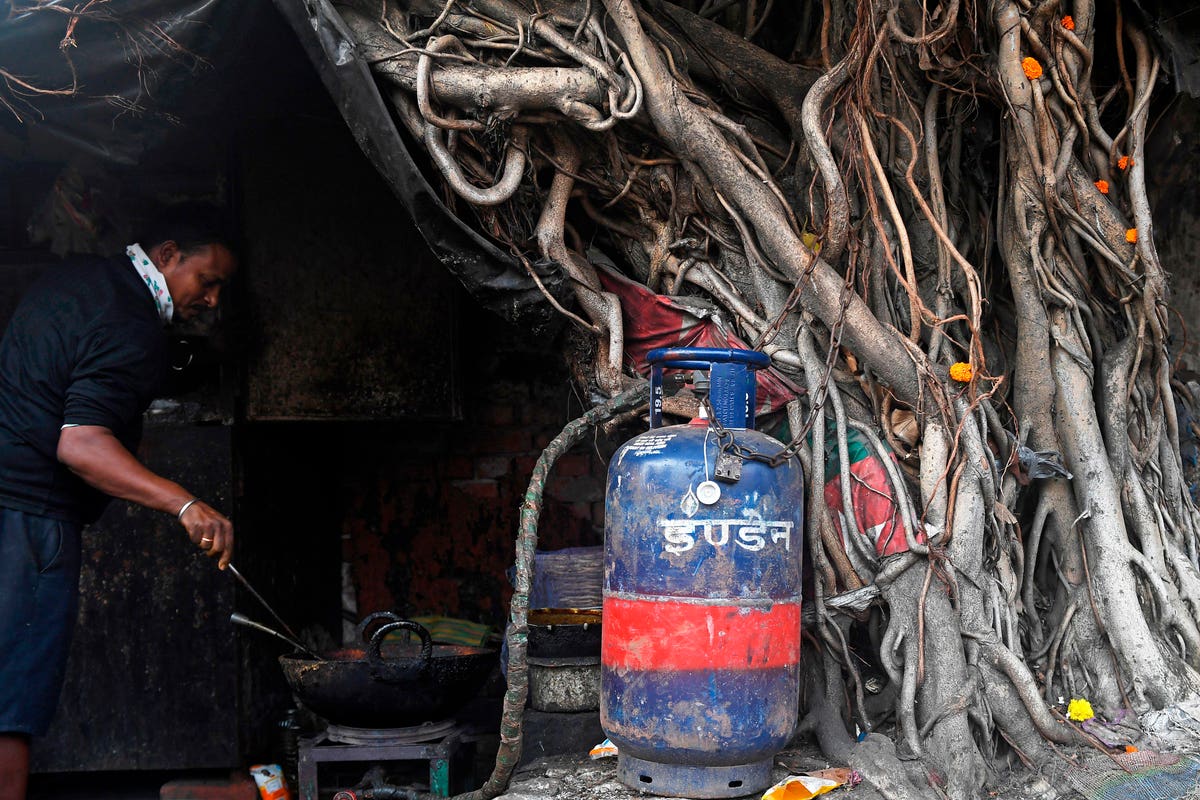 Dissecting the Markets@dissectmarketsNovember 17
This is a fantastic write-up! Alex Epstein gives new perspectives on fossil fuels and I enjoy hearing his views.

Jennifer@jennymanydotsNovember 17
Author
@dissectmarkets Thank you, I was fortunate that someone offered me a ticket as I didn't even realize he was coming here. I would love to see a significant increase in vocal advocacy because oil & gas can't speak for themselves!

Joey Hirendernath@joeyhirendernathNovember 17
A great write up Jenny. The argument here is so much more nuanced than simply taking the initial negative stigma/perception people have with regard to energy advocates. Out of the two books you mentioned by Alex Epstein which one would you say you prefer.

Jennifer@jennymanydotsNovember 17
Author
@joeyhirendernath Thank you, Joey. 'Much more nuanced' is an excellent way to put it; as with many issues these days, energy has become a rather polarizing topic and it seems many are choosing to take a side. My portfolio includes both fossil fuels & battery metals & at times they feel at odds with each other. I view both as a requirement for a better planet - one that's cleaner & one that works together for the greater good.
As far as Epstein's books, I actually just picked up Fossil Future yesterday at the event so I haven't read it yet! The content seems similar to "The Moral Case for Fossil Fuels" and if you're interested in the topic, it's a great one to pick up.
Two others you could consider are: 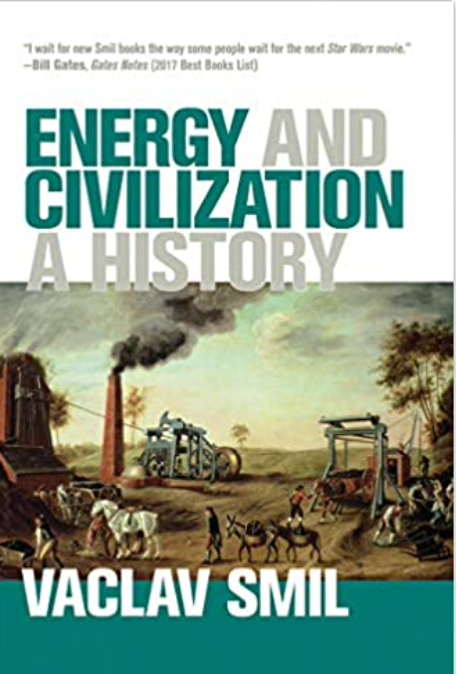 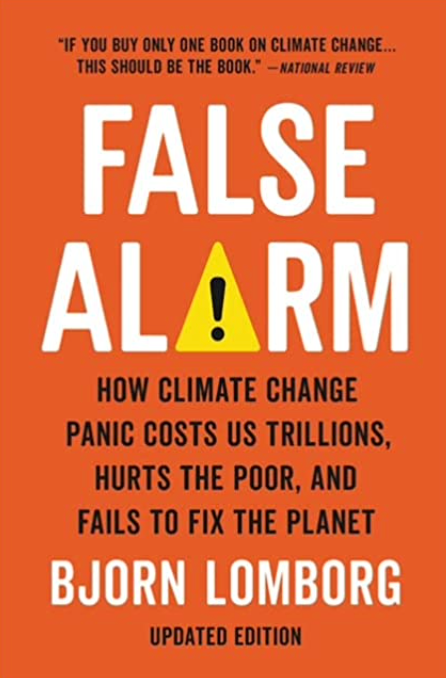 Joey Hirendernath@joeyhirendernathNovember 17
@jennymanydots thanks for the book suggestions, energy and civilisation looks like a really interesting read.