Buying Your Time@buyingyourtime1d
$3.1m follower assets
Tesla expansion continues
Upgrade to Giga Nevada and new BESS facility coming online
History
Giga Nevada was incepted almost a decade ago. It was built to meet the lack of supply required for their ambitious plans of transitioning the world to sustainable energy based on three aspects.

This site was initially intended to make

The original driver of Giga Nevada was based on the realisation that combining all the world's battery output, at the time, wouldn't be enough to satisfy growth targets. 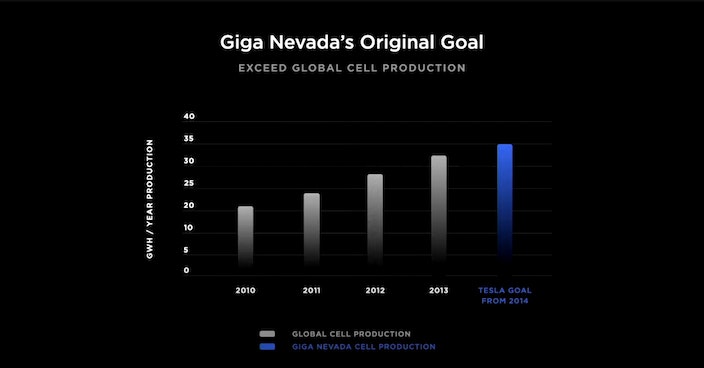 During construction, it was viewed as a "crazy amount of batteries.", as mentioned by Musk in the video at the bottom of this post. It remains the largest cell manufacturing facility in North America.
Today
The Tesla team have come a long way in terms of the physical characteristics of the factory and the amount of capital invested to date.

It's not just the physical characterises or investment, but production has been trailblazing with the most up-to-date numbers below. 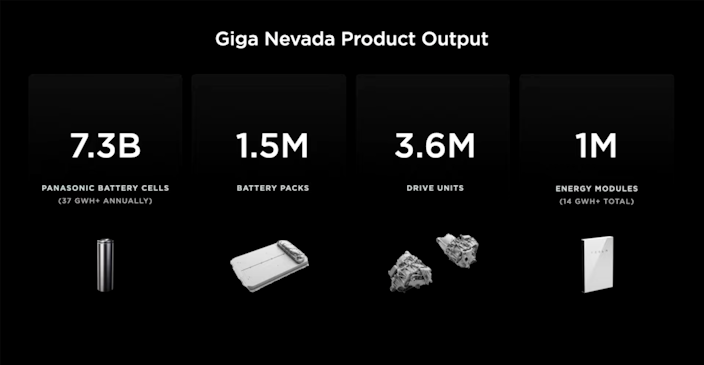 They produced their 1 Millionth Energy module last week.
Expansion
This week they announced significant upgrades to the facility to meet the demand for their output. 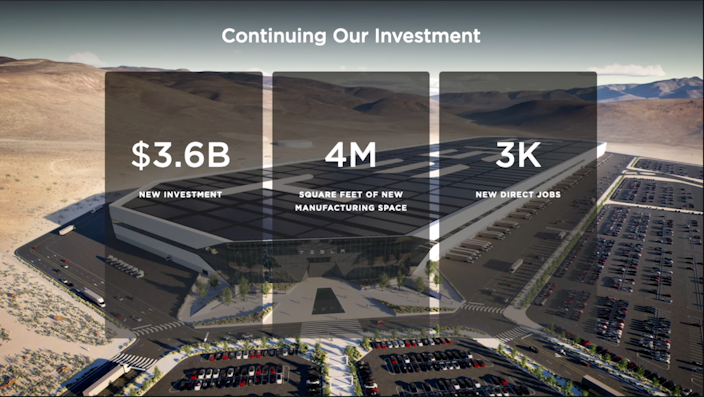 Musk addressed a crowd at the factory last night alongside Nevada Governor Joe Lombardo.
Governor Lombardo praised Tesla's continued investment in the state as it related to the direct economic impact. Musk further commented that $37 Million was directed towards K-12 education, specifically towards the areas of Robotics and Sustainability.
Musk stated the investment would most likely exceed $3.6 Billion and be closer to $4 Billion, and the number of jobs will most likely exceed 3000 direct jobs. 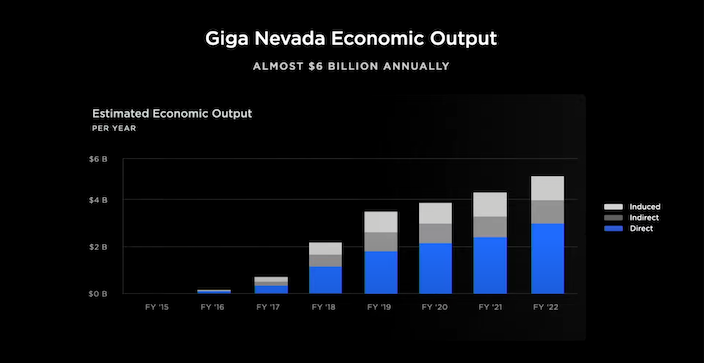 Details
Interestingly, they achieved their production goals with half the space they originally intended to use from this factory. This is why they are not only expanding current capabilities but are building out a whole new manufacturing plant dedicated to solely producing the Tesla Semi truck, which began deliveries to customers in December 2022. Amongst the first customers was PepsiCo.
Musk stated in his speech that Semitrucks only account for 1% of vehicles but make up almost 20% of emissions.
A full ramp of the Semi Truck manufacturing lines will be achieved by next year, with this year focussing on ramping up. 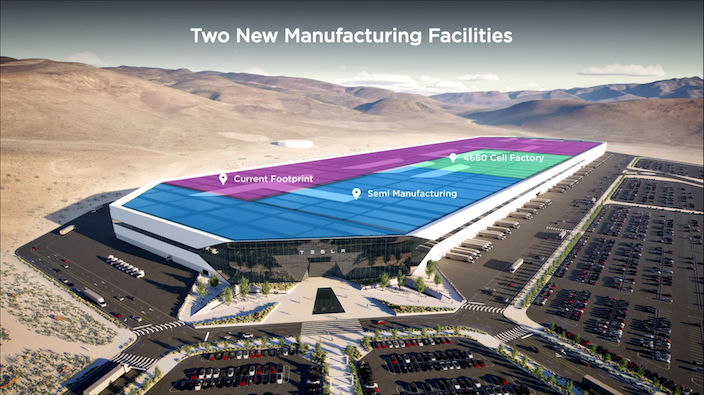 It's not just a new area dedicated to manufacturing trucks but also a whole new section to produce their own 4680 cells.
The 4680 cells are the culmination of acquisitions (Spring power International, Hibar systems, Maxwell Technologies and SilLion) and extensive R&D at its other battery facility based at Kato Road, California.
This is a milestone achievement, and Musk stated the following goals for cell production.

He also stated the Cells would be used for vehicles and stationary storage.
Tesla Energy
Giga Nevada was the primary manufacturer of their energy storage products - Powerwall (Residential and small-scale storage) and Megapack (Commercial and Utility scale).
This will continue, but Tesla has built another new factory dedicated to building Megapack storage only.
The building is based in Lathrop, California and is aptly called 'Tesla Lathrop Megafactory'. It was an acquired former JC Penney distribution centre. It's relatively new, acquired in 2021 and only unofficially coming into production in Q4 2022. 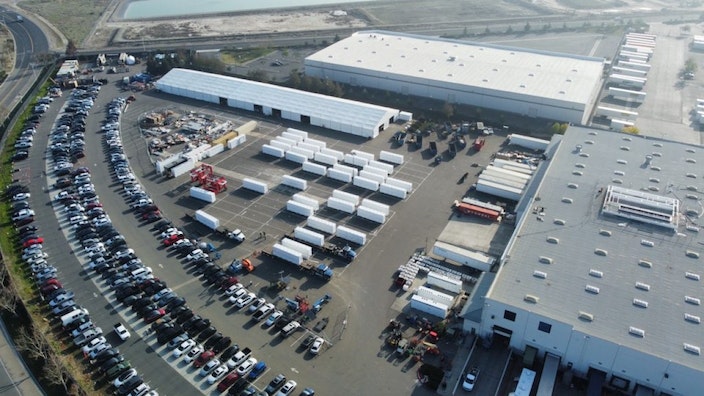 The Megapacks will most likely not utilise the 4680 cells from Nevada but instead Prismatic Lithium Ion Phosphate batteries. The reason is that there is no restriction in terms of weight, density, etc., as the requirement for stationary storage is different than that of an Electric Vehicle.
The sourcing of batteries for Megapacks will come from various suppliers, with a notable amount being sourced from CATL, the world's largest manufacturer of batteries.
Tesla has a whopping 2-year backlog for its Megapack Storage system, and the new Lathrop facility can produce up to 40GWh of annual production. 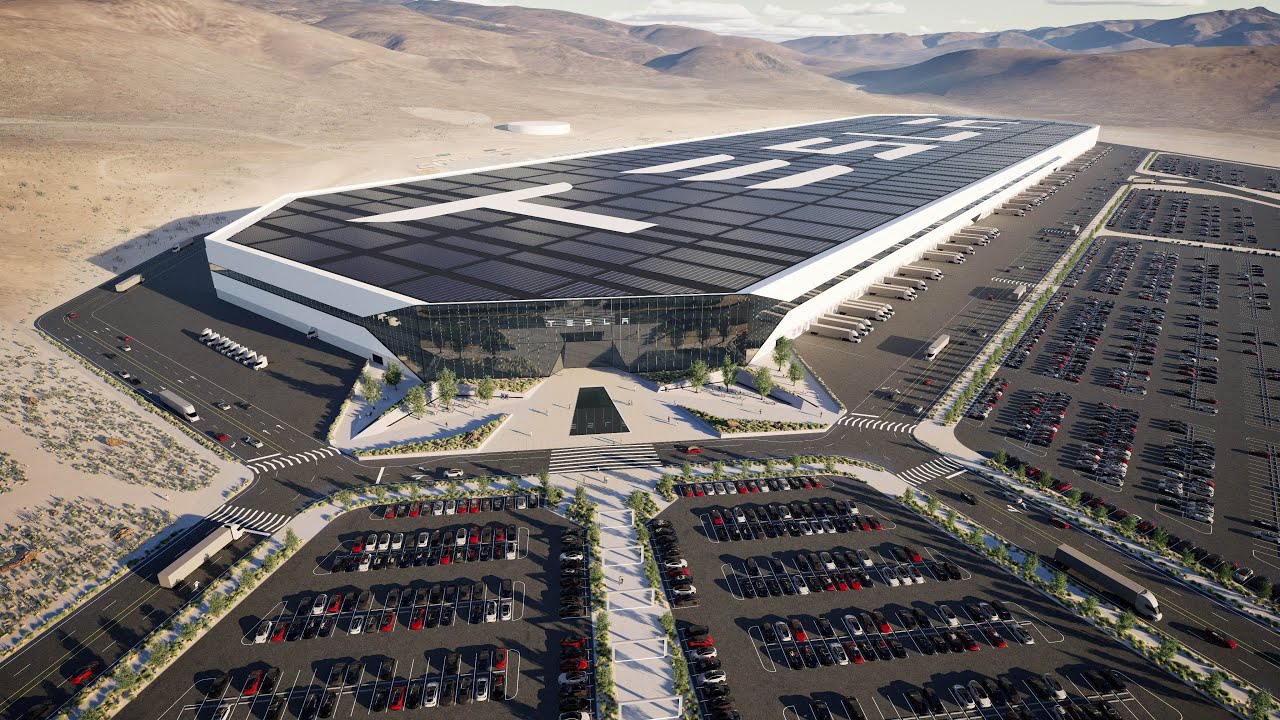 YouTube
Giga Nevada Battery and Semi Manufacturing Update
We will be investing $3.6 B more to continue growing Gigafactory Nevada. Includes 3,000 new team members and 2 new factories: a 100 GWh 4680 cell factory and...
No comments yetBe the first to add your insight!