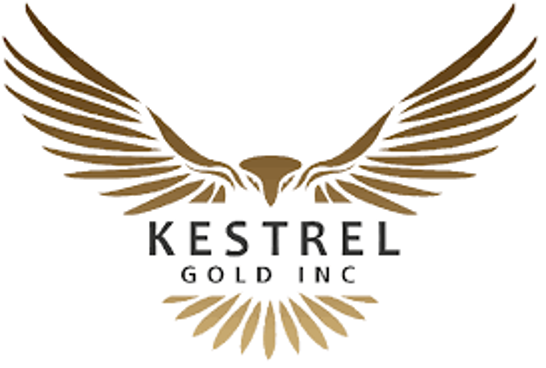 Someone told me recently that I speak about certain stocks with “feeling”. There is truth to that statement - I develop a fondness for some - especially when there is an interesting story to tell. Kestrel Gold was one of my first additions in the junior mining space, and the company always reminds me of the fascinating history of the Klondike Gold Rush.
When I read this quote from the Dawson City website, it dawned on me that playing the market might not be all that different from those who went panning for gold years ago:
“Most gold rush participants found no gold at all. But the prospect of sudden riches was not all that mattered. For many of those who made the incredible journey, the Klondike represented escape from the humdrum, the adventure of a new frontier.” 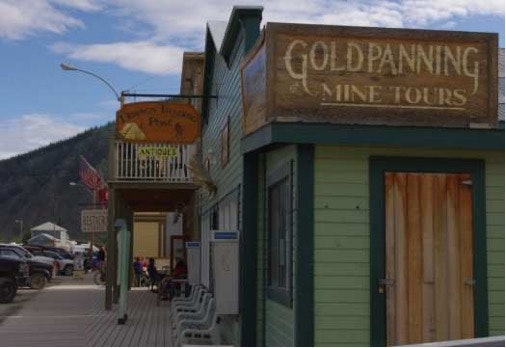 I don’t enjoy ‘buy & hold’ boredom stocks that I only need to look at a few times a year. I want an ‘escape from the humdrum’, an adventure, and Kestrel has proven to be just that. When I was originally researching the company, I came across an historical assessment report from 1988 about King Solomon’s Dome. Having never invested in the precious metals sector before, I was now rather intrigued. 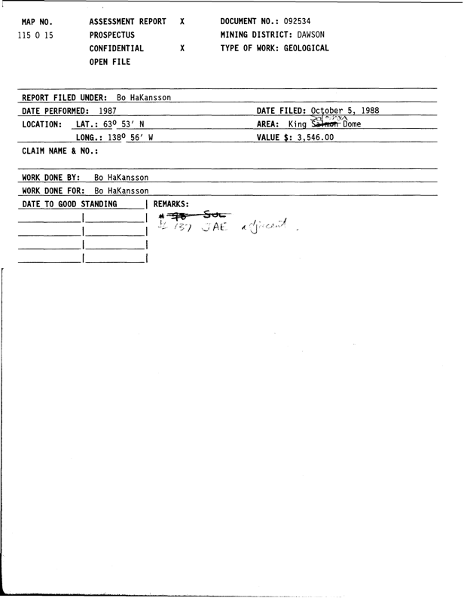 In August of 1896, three Yukon ‘sourdoughs’ (named for spending the entire winter in the Yukon or Alaska, protecting their sourdough starter by keeping it warm close to their body) found gold on a tributary of the Klondike River. Almost overnight it seemed that Dawson City was brimming with millionaires, with high priced food, drink, and clothing available for purchase. Miners spent their fortunes at gambling halls, bars, and brothels. During the height of the Klondike Gold Rush, Dawson City had a population of ~16,000 people and became a commercial centre for mining with opera houses, fine hotels, stores, breweries, banks, and of course, churches.
Bernie Kreft is no “sourdough”, but he is everything you would imagine a serious prospector to be. As a child, Bernie would often accompany his father, a German immigrant named Erwin Kreft, on a search for copper and other valuable metals. I’ve never met Bernie personally, but I have followed him on Twitter for some time and caught a few episodes of Yukon Gold. Bernie was featured on the show for 13 episodes, airing from 2013-2016. The television series followed a number of placer mining crews as they searched for gold over the four-month Yukon mining season. I immediately became a Bernie Kreft fan, but it was the King Solomon’s Dome project that captivated me. 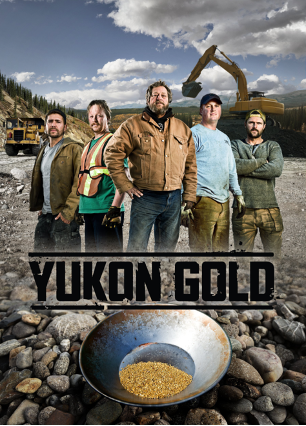 In 1998, the Yukon Prospectors Association named Kreft the Yukon Prospector of the Year.
King Solomon’s Dome lies in a subarctic climate region, covered by an average snowpack of 29 inches during March and April. You must be a rather committed, tough, impassioned individual to spend your life hunting for rocks in such a harsh environment. A 4,049 ft peak located in the Yukon Territory, King Solomon’s Dome is 20 miles southeast of Dawson City and is believed to be the source of the gold fields that sparked the Klondike Gold Rush at the turn of the 20th century. The mountain's name comes from King Solomon, an ancient king of Israel who was famed for his riches.
Kestrel still owns the King Solomon’s Dome project and a large amount of placer gold has been recovered from the creeks draining from the dome. The hardrock exploration target is the veins, which are often gold-bearing, and the wallrock to the veins - which is quite often carbonate altered and pyritic (gold bearing but to a much lower degree than the veins). To date no one has found a source that would explain the rich placer deposits, likely because there is a great deal of overburden everywhere, averaging about 1.5 metres in most spots to over 6 or 7 metres in valley bottoms. This overburden is usually frozen and provides a significant hindrance to locating the source. As placer miners continue to chew their way up the creeks, they will hopefully expose bedrock that may well contain the motherlode. 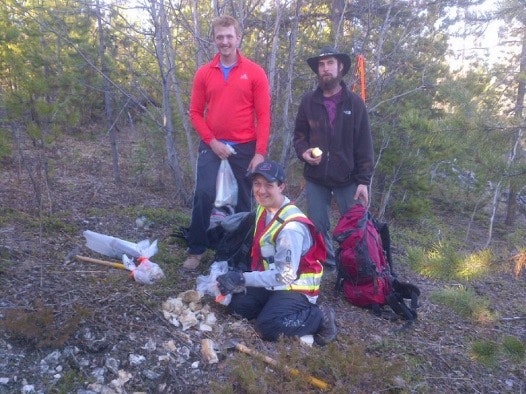 Anyone that has followed my musings on mining investments knows the critical piece I always assess first: that of management’s character and their proven track record. Looking back at some of my initial investments, I can see why I sometimes sold due to management-related issues. In the case of Kestrel, I have been given no reason to doubt Bernie’s integrity. In fact, it’s been the opposite as he continues to prove himself to be a “salt of the earth” guy. 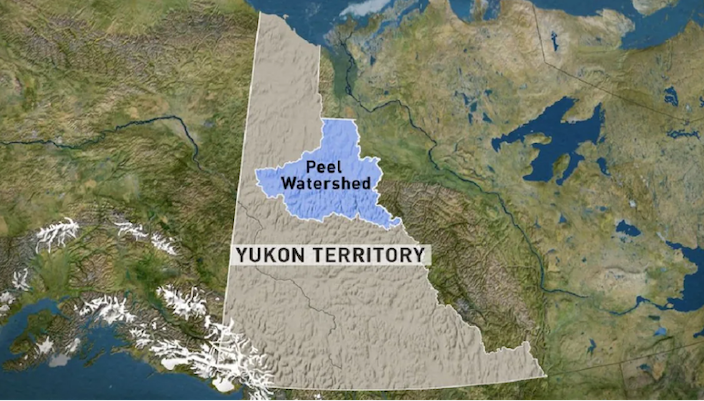 “To me, this was a no-brainer.”
https://www.ceodigest.ca/a-no-brainer-mining-companies-to-relinquish-thousands-of-claims-in-yukons-peel-watershed/
‘Then there’s prospector Bernard Kreft. He told CBC News he relinquished 142 copper, gold and cobalt claims located northeast of Dawson. “It was a valuable asset in my business,” he said. “But, at the end of the day, this is about respect for the [First] Nations. They’re good people.’ 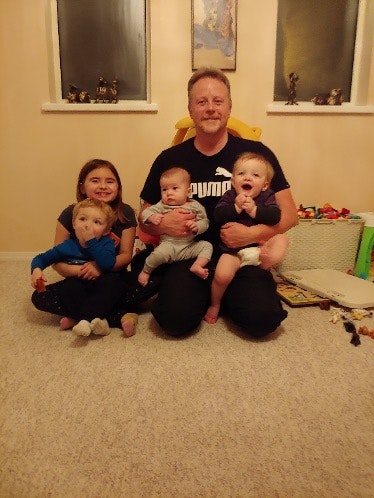 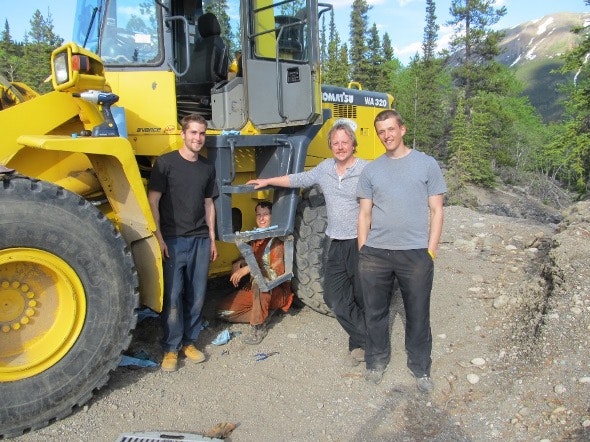 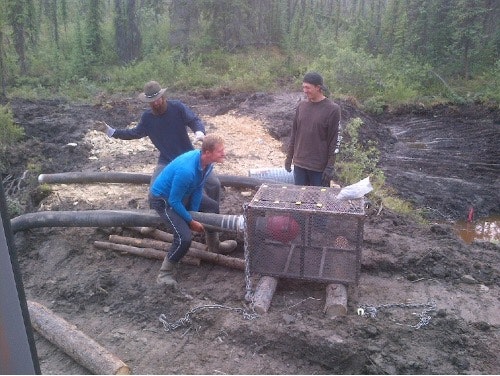 Mining stocks often require patience, and if you believe a team is working hard for shareholder returns, patience is less of a challenge.
In 2001, Bernie Kreft staked the Kopper King claims covering the Copper Canyon deposit located in the Galore Creek area of northern BC. The property was optioned to Copper Canyon Resources which was subsequently taken over by Novagold Resources. In July of 2020, Sitka Gold Corp. entered into an option agreement with Kreft to acquire a 100% interest in the Clear Creek Property 110km east of Dawson City where Sitka has since drilled some very nice intersections.
On August 3, 2021, Kestrel Gold released some disappointing results from their Grabben property. Occasionally leadership teams attempt to disguise poor results in a well-worded press release, and others suddenly become very difficult to contact. For those that didn’t know Bernie well, he surprised them by expressing his own disappointment, immediately showing up on social media channels, and ensuring shareholders he would continue to work hard for their best interest. I distinctly remember that day, as I was one of many who found my Kestrel conviction. 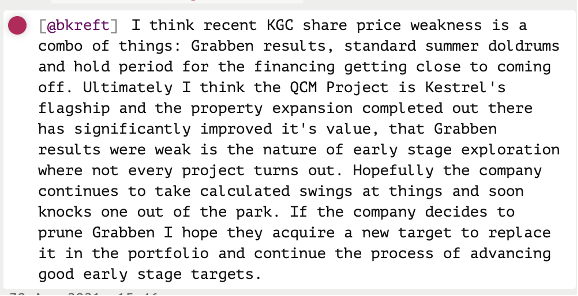 On April 22, 2022, that conviction was rewarded as Kestrel issued a press release with the results of their QCM property’s drill program. A top gold intercept of the week, CEO Rob Solinger, stated that the results suggested the potential for a significant gold resource within the QCM Zone.
“Broad intervals of gold-bearing mineralization and alteration were intersected in all holes completed, with peak values of 0.847 g/t Au over 152.44 metres including 3.665 g/t Au over 16.77 metres found within hole 7.” 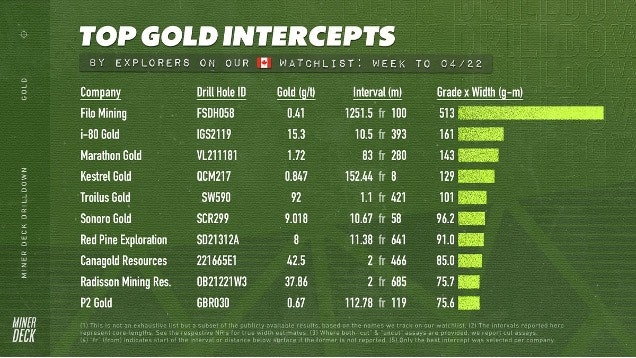 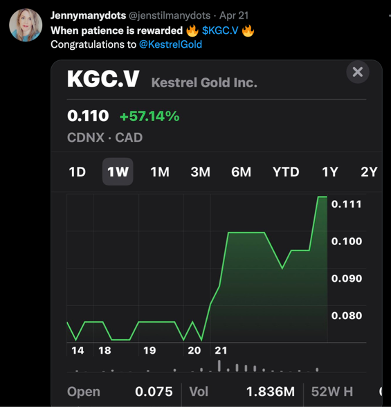 The shine of that press release wore off a little as overall market sentiment weakened due to a declining gold price. Kestrel shareholders are a faithful bunch, me included (as I post this piece, Kestrel's share price is up 15% on the day). Kestrel’s plans for 2022 include reconnaissance prospecting and drilling across the QCM property, as well as continued drilling of the QCM Main Zone, focusing on infill as well as expansion drilling.
On May 4, 2022, Kestrel announced it had entered into an option agreement to earn a 100% interest in the 1,855-hectare Fireweed project located in central British Columbia. Fireweed highlights include:

Rob Solinger, President and CEO of Kestrel, stated: “Fireweed represents an excellent addition to Kestrel’s property portfolio and fits well within our mandate which is to advance several prospective targets simultaneously. It also helps broaden our metal exposure which is important given widespread commodity price increases and the outlook for metals such as zinc and copper.”
Kestrel continues to add value to their property portfolio, as Kreft and crew seek new opportunities for property acquisitions, as well as pursuing joint ventures. The company has finished digesting results of their various 2021 drill programs and will soon be hitting the field for what will be a busy 2022 season. QCM and Fireweed will be the main focus but Kestrel is also planning to make a few low-key visits to King Solomon’s Dome to assess the progress of various placer gold miners and see what the bedrock they are uncovering holds.
Kestrel’s patient investors will likely be handsomely rewarded for Bernie’s hard work – and I can state that I was literally part of a Klondike Gold Rush. 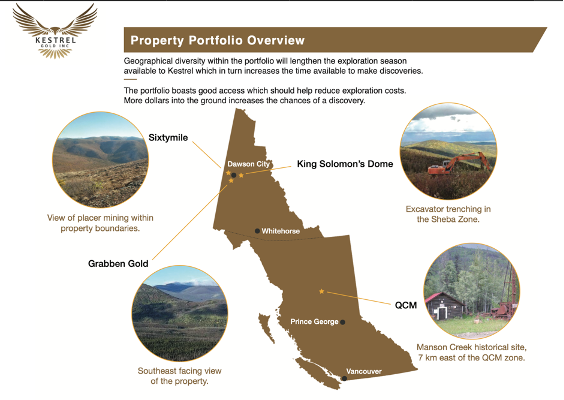 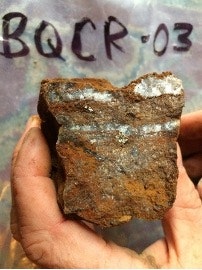 Rock sample from the QCM property 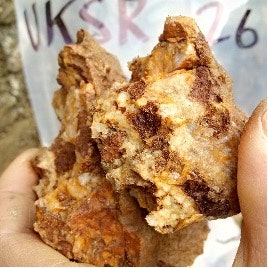 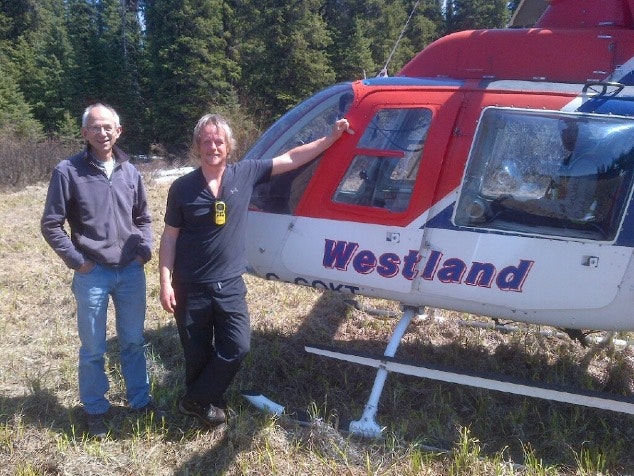 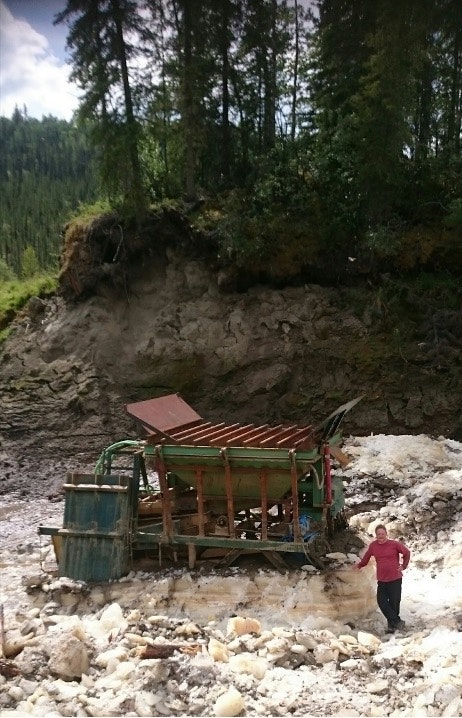 Golden Lake Partners@goldenlacllcJune 20
"I don’t enjoy ‘buy & hold’ boredom stocks that I only need to look at a few times a year. I want an ‘escape from the humdrum’, an adventure" Are you looking to make money on the stock market or are you looking for an adventure? Serious question

Jennifer@jennymanydotsJune 20
Author
@goldenlacllc I'm absolutely looking to make money and I have, lol. I enjoy the risk and volatility in the junior mining sector (see Kestrel's chart on drill results being released) - rather than buying a stock like Walmart or Costco with a slow & steady climb. It's certainly not a sector for the faint-hearted and one needs to use an effective strategy. There aren't many LTH's/majors in my portfolio; as it says in my bio - I am a generally a swing trader rather than investor. I have had multiple stocks go up 50-75% in a single day, and at one point I owned a Mongolian coal stock that was up 230% in a single day. I know several in my trading community that do the same. If you haven't seen my posts, Novices Guide to Jr Mining Pts 1&2 - May 7-8, you may find them interesting. It's absolutely possible to do incredibly well in the sector but it requires patience, a high-risk tolerance, and significant research. You can scroll through some of my posts to see examples - including the May 26 post showing my 678% return on Patriot Battery Metals, over a period of approx 6 months. It's not for everyone, but I enjoy it and have done well. Following one's personal preference has actually been proven to increase your returns! https://www.investopedia.com/financial-advisor/steps-building-profitable-portfolio/