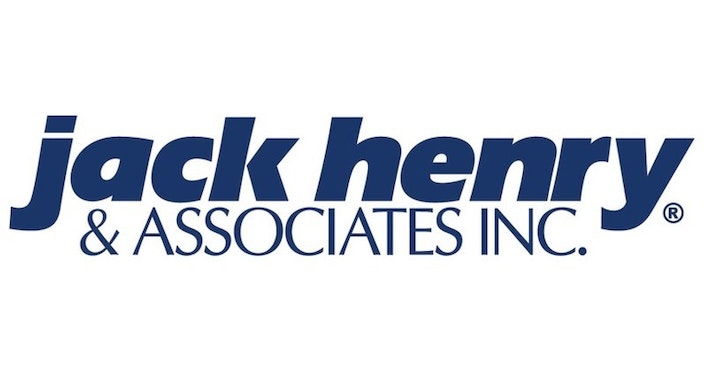 One of the more obscure fintechs, JKHY, trades in a niche
industry and doesn't make much noise in the media or among investors. However,
if we look closer, we find a great business well-run by an excellent management
group.
JKHY offers some of the stickier core banking products in
the industry.
Here are five reasons you should buy Jack Henry:
banking sector; as one of the leaders in the industry, JKHY services primarily
community banks and credit unions. Their industry-leading services help power the
bank's back office functions, such as managing deposits, loans, ATMs, and
online banking.
JKHY helps banks move from legacy tech to the cloud with open-source APIs. The company offers payment services as well. 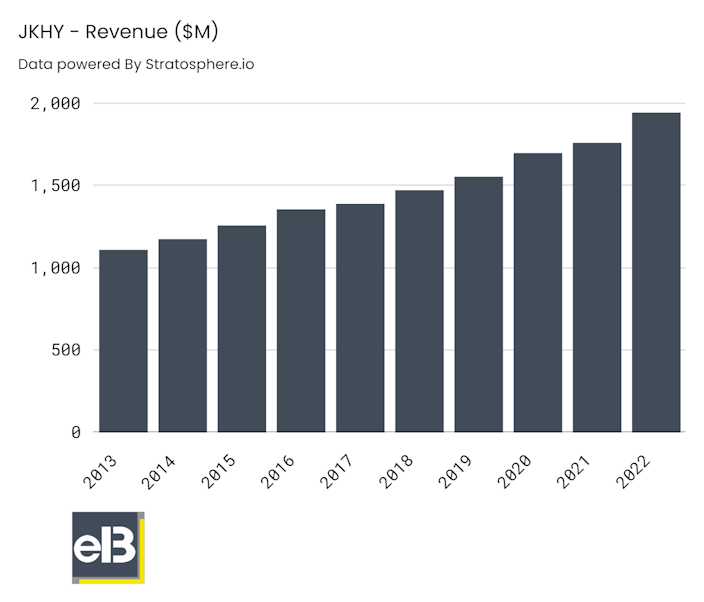 growth this year. When excluding deconversion costs, revenue climbed by 8% or
7% year over year.
The growth rate for the entire year was 11%, a decline from the rise Jack Henry experienced earlier in its fiscal year. I consider the growth slowdown simply normalization because the
quarter's growth rate was in line with the long-term forecasts for the company. 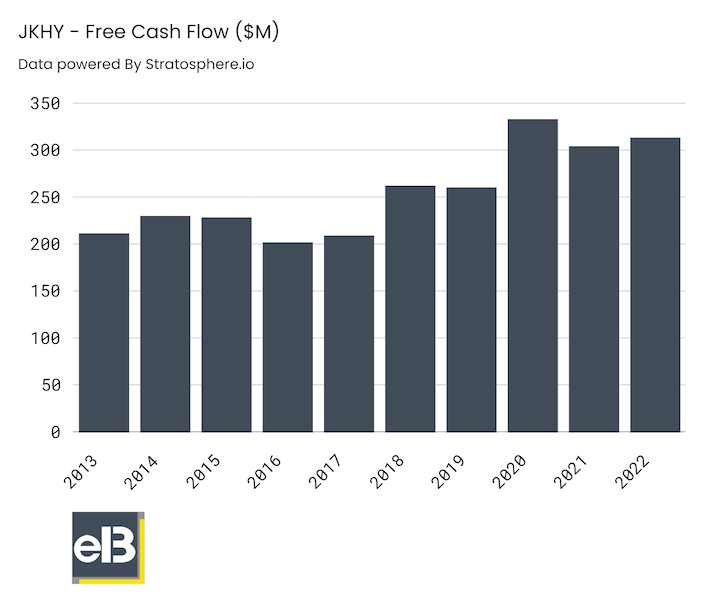 The foundational mechanism that banks require to keep track of their loan and deposit accounts as well as to report daily transactions is known as core processing. Banks rarely switch systems since core processing is essential to their daily operations.
In addition to the possibility of disruptions, moving toward a new system would necessitate staff retraining for the banks. Customers often enter into multi-year contracts, and the annual customer retention rate, excluding clients lost due to bank acquisitions, is
close to 99%.
Sticky indeed!
strategy for M&A, they have most obviously set itself apart from
competitors. FIS and Fiserv have strengthened their positions through a long
line of significant mergers and acquisitions.
More recently, they have expanded into new business sectors outside of bank technology through acquisitions. This strategy has occasionally required significant financial
leverage.
On the other hand, Jack Henry has adopted a more natural, patient strategy and concentrates on the bank technology field. Although the corporation pursues acquisitions, these deals are often minor, and management prefers expanding its capabilities internally.
JKHY also sports some nice ROICs indicating a company executing its operations and generating growth from its investments. 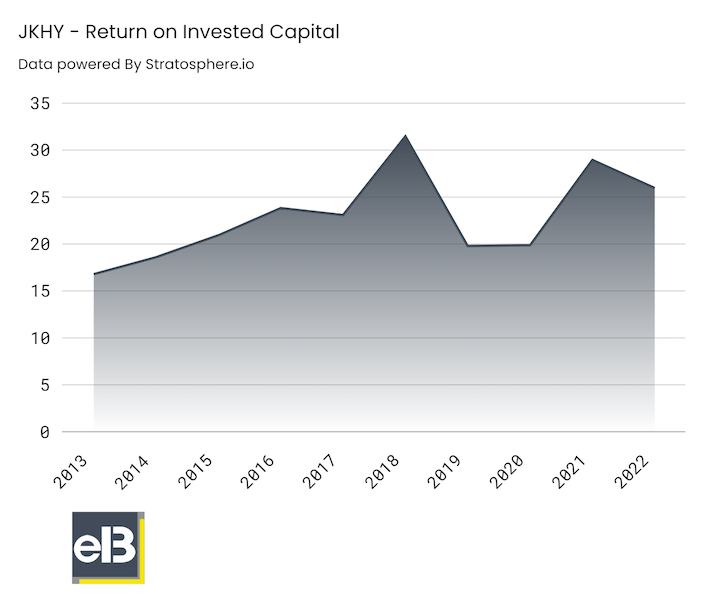 Anecdotally, David Foss receives an 84% approval rating from Glassdoor.
Valuation: JKHY doesn't trade for a cheap multiple; in fact, the company hasn't traded below a P/E of 30 for over five years. But JKHY is a company worth paying up for as the capital
returns and growth, along with the stickiness of the moat, warrant a higher
value. 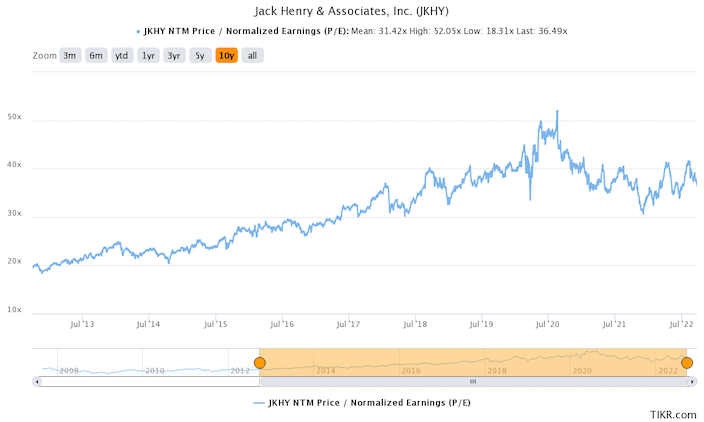 Suppose you are looking for a company with strong financials, great balance sheet, run by excellent management looking out for shareholders and a sticky moat. In that case, I present Jack Henry for your consideration.
Disclosure: I am long Jack Henry

Dave Ahern@ifb_podcastSeptember 24
Author
Thanks 🙏. Exactly what I did, forced myself to look beyond the price. But it’s hard to do. 😄

Scoreboard Investor@scorebdinvestorSeptember 26
Thanks for putting this together. I’m looking for some financials exposure in my Roth IRA. Going to add this to my watchlist!

Josh Kohn-Lindquist@jorykoSeptember 24
Excellent write-up -- thank you. 🙏
$JKHY showed up on a screener I just now posted about, and I will need to consider them for a starter position going down the road.
It looks incredibly steady -- it just seems like one of those businesses you have to force yourself to buy at some point, even if it initially feels expensive.