Benjamin Tan@consumeowntechJanuary 10
$4.9m follower assets
Tesla: In Elon Musk We (Still) Trust?
As if 2022 was not hard enough for many long-term equity investors, Elon Musk has made it even more challenging for Tesla ($TSLA) shareholders with his messy Twitter acquisition and erratic tweets ranging from political conspiracies to personal attacks.
Never a dull moment with Tesla. I am just glad the cage fight between Elon Musk and Johnny Depp did not happen.
I have been listening to Tesla Daily podcast on Spotify since 2019. When Tesla share price started faltering in 2022, the host used to repeat how undervalued Tesla stock was at those levels. More recently, however, that sentiment has become less prominent on his show. Especially with Musk liquidating billions worth of Tesla stock on multiple occasions, even after assuring shareholders that no more would be sold after each disposal.
Current bearishness has spread to Tesla’s most ardent fans, except Cathie Wood of ARK Invest. She has balls of steel.
With a worsening macro backdrop, higher financing costs, and more competition (Rivian, Lucid, Ford, GM, Stellantis, Volkswagen, BYD, Nio, Hyundai) from all corners of the world, Tesla is feeling the heat. In the last few months, Tesla has had to cut prices multiple times to stimulate demand, especially in China where prolonged lockdowns have further complicated purchasing behaviors. Q4 2022 delivery numbers still fell short: full year 2022 deliveries (1.37mn) grew 40% instead of the guided 50%.
Perhaps for the first time ever, Tesla is facing demand issues; Musk had previously always maintained that Tesla was supply constrained.
Where will Tesla go from here? Does Tesla as an institution possess sufficient structural advantages to work its way through the tough macro environment?
Read on via the article below and subscribe to my FREE weekly blog, Consume Your Own Tech Investing
https://www.consumeyourowntechinvesting.com/p/tesla-already-toast-or-still-the
www.consumeyourowntechinvesting.com
Tesla: Already Toast, or Still the Toast of Automotive Future?
Current market sentiment is reminiscent of 2018/2019, when everything seemed to be going pear-shaped. By Benjamin Tan

Jensen Butler@jensenJanuary 10
Following Elon has gotta be so exhausting I’m so glad I deleted Twitter early last year and that I don’t have an affinity to follow that never ending story.
That being said, my money would be on Johnny

Benjamin Tan@consumeowntechJanuary 10
Author
I can only consume Twitter in small doses - I don’t really follow Elon’s tweets, which can be a lot.
My money is on Musk in a cage fight ;)

Nathan Worden@nathanwordenJanuary 10
Wow I had never heard of Rob Maurer and the Tesla daily podcast— it feels weird that I haven't heard of it and its's been airing for that long! 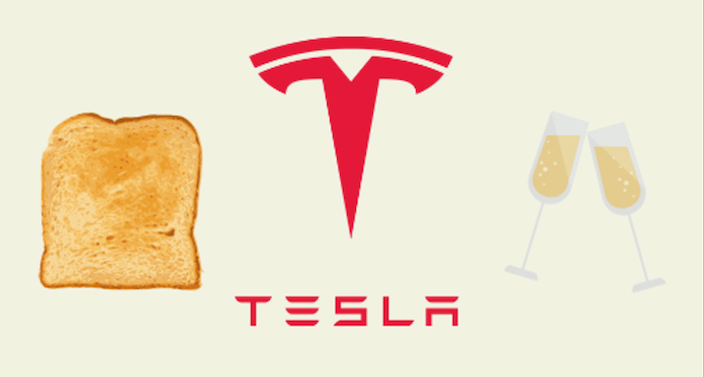 Benjamin Tan@consumeowntechJanuary 10
Author
@nathanworden thanks ! A bit cheesy I have to say but I was playing around with Canva 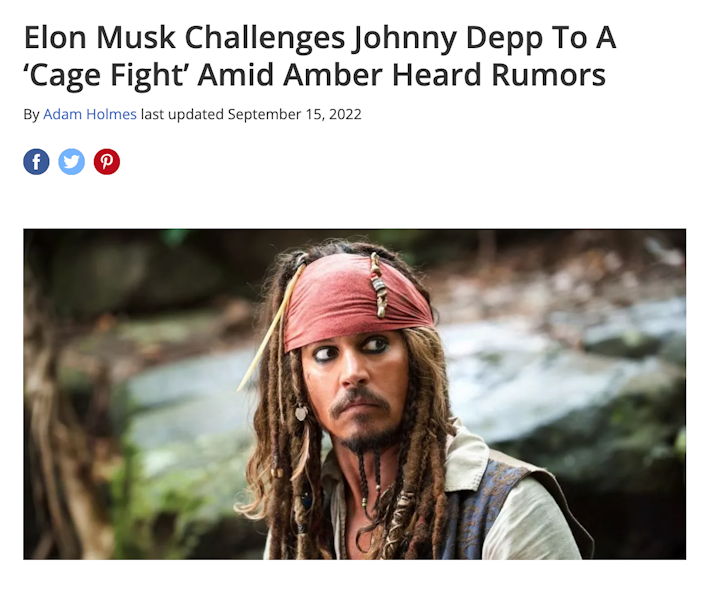 Benjamin Tan@consumeowntechJanuary 10
Author
@chip_lunderburg Not the oddest tweet by Musk for sure !

Andy Buchanan@andybuchananJanuary 10
The whole quote about Tesla being worth more than Apple and Saudi Aramco COMBINED some day is... kind of outlandish. I get that is what Musk does to drum up interest. But it's getting, tiresome?

Benjamin Tan@consumeowntechJanuary 10
Author
@andybuchanan Takes a certain kind of personality who dares to dream big and chase it with everything. This is a man who co-founded Paypal, Tesla and SpaceX. As he conceded, to get to that kind of market cap will not be a straight line and Tesla will have to go beyond just SEXY cars !

Doug Helton@dougheltonJanuary 10
Missing delivery numbers in Q4 (and therefore the full year) was a big deal. It forced the market to reassess the growth trajectory of Tesla.

Benjamin Tan@consumeowntechJanuary 10
Author
@doughelton For sure - it is cause for concern as the implied new orders in Q4 (above backlog from prior quarters) do not bode well for 2023, unless something changes. Interest rate, recessionary stress, and bad press are not helping to move these pricey vehicles
Josefina@josefinacontrariasJanuary 10
Could be a rocky patch if demand decreases in a recession— but I agree with your point about how this would ultimately hurt the smaller upstart competition even more, especially the ones that don't have any experience producing cars at scale.

Benjamin Tan@consumeowntechJanuary 10
Author
@josefinacontrarias Q4 call commentary will be interesting - they have so far maintained that it is a 50% CAGR (give or take) growth potential for Tesla. Secular tailwinds are still there and consumer love for their cars remains strong

Nathan Worden@nathanwordenJanuary 10
I appreciated the point about Tesla having some of the best gross margins in the whole auto industry, even without regulatory credits.

Benjamin Tan@consumeowntechJanuary 10
Author
@nathanworden Vertical integration when implemented well can yield fantastic margins, especially when the whole EV sector is still so new (compared to ICE). Years down the road it may become more efficient to outsource when the whole EV industry becomes mature, but for now Tesla has cracked the code and reaping the rewards. I understand gross margins for Giga Shanghai has even higher margins. so price cuts there may be better absorbed

A G@amitJanuary 12
Pricing power due to decent margins should help Tesla capture market from others during downturn. This is being experimented in China right now : https://insideevs.com/news/630521/china-30000-tesla-orders-3days-price-cuts/
Saw somewhere that Tesla delivered 10000 vehicles in China in a single day. Now if Elon can stop tweeting, it might have a chance.

Benjamin Tan@consumeowntechJanuary 12
Author
@amit It is a desirable car everywhere - branding, product, software are top notch. People want it. Question is, how much demand can grow if the economy gets much worse. But then again, it won't be just a $TSLA problem.
We should all tweet Elon to ask him to stop tweeting ;)