Giro Lino@girolinoMay 3
$2.8m follower assets
Meanwhile in China
On Friday, Beijing held a symposium on the heels of the Politburo meeting, sending a clear message the clampdown is over since everybody keeps following the rules.
The country’s major Big Tech players, including Alibaba, Tencent, Meituan, and TikTok owner ByteDance, were present.
A joint regulatory meeting is also set to take place this weekend to put all regulators on the same page regarding Beijing’s new decision to ease aggressive actions.
In the last 18 months, regulatory hostility has been one of China's tech stocks' most significant investment risks, wiping out trillions of dollars in market value across New York and Hong Kong while deterring venture funding for Chinese tech start-ups.
Last Friday, the Politburo statement was issued in the early afternoon, breaking Beijing’s tradition of releasing reports outside market hours.
As a result, Alibaba rose 15.7%, Tencent gained 11.1%, while Meituan advanced 15.5% during the trading session.
Since January, we’ve been calling investors’ attention to the regulatory developments in China. Particularly last week, we wrote extensively about it. 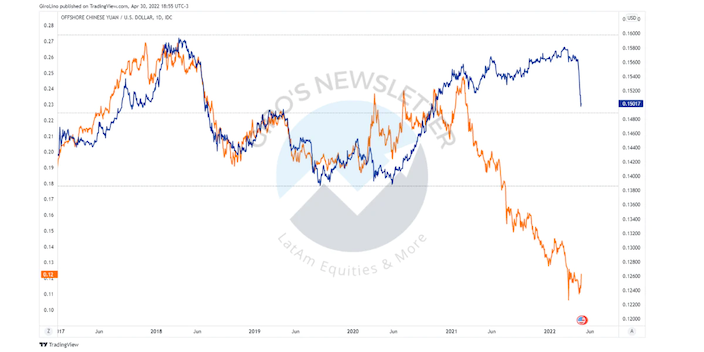 And we believe the Politburo meeting gave us more reasons to be bullish on China:
If can finish reading this post for free on our Blog.
Independent Investment Newsletter
blog.girolino.com

Django Brooks@django_brooksMay 4
This sounds like a big deal for China/Tech! What are the odds of another shut down you think?

Giro Lino@girolinoMay 4
Author
@django_brooks, I believe nobody knows the odds. However, if the PBOC goes ahead with the QE plan, we're talking about a bullish decade for Chinese Equities.
About its monetary policy, the timeline they've been ramping up is impressive. IN JUST A MONTH, they turned the boat called China in a different direction. Yet, most ppl don't realize they did it.