Nathan Worden@nathanworden09/11/2020
$334.1m follower assets
Telehealth and the Adoption Curve
The adoption curve helps describe how a new technology penetrates the market.
It looks like an S-curve and provides a way to think about who is adopting the technology in terms of Innovators, Early Adopters, Early Majority, Late Majority, and Laggards. 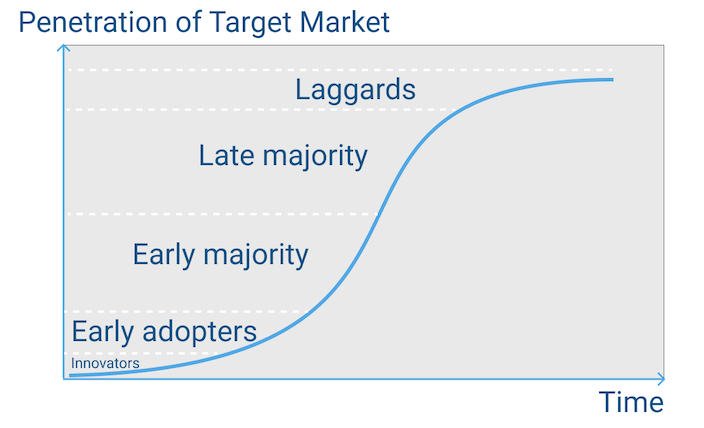 The main distinguishing trait that determines when each cohort picks up the technology is risk tolerance.
The more risk tolerant the cohort, the more likely they are to try the new technology, because buying pricey technology will impact the affluent's finances less.
This leads to a bit of a paradox, because the people who could use the innovation the most are the last ones to try it.
However, this may not hold true for Telehealth.
Anecdotally, I have a friend of lower socio-economic status who recently started virtual doctor’s visits. For her, the lower cost and connivence was the initial appeal. She did not perceive any downside risks (such as being worried about health data security, etc) and the “financial” risk was worse doing it the old way.
The late majority might actually arrive at the same time as the early majority to Telehealth, because the risk of adopting it is much lower than other technologies.
My friend's risk profile puts her in the late majority, but because the innovation of telehealth is lower costs and extra convenience, she became part of the early majority. She jumped segments: 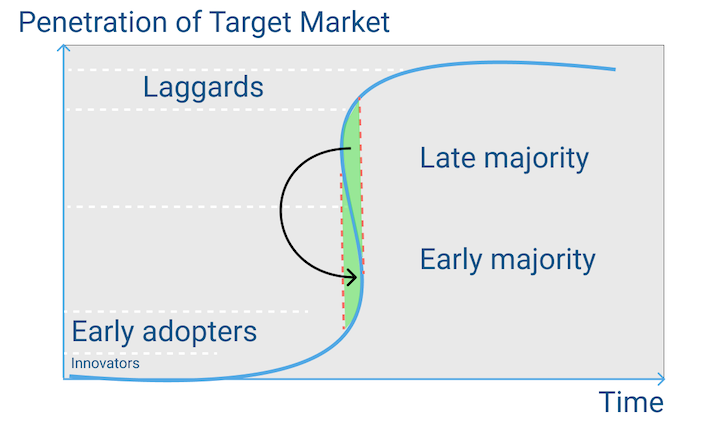 Thesis: Telehealth's main innovation is the combination of more convenience and lower costs. Because of this combination, the slope of the S-curve adoption will be sharper.
If this is the case, we should see it in the percentage of doctors visits that are virtual. I would want to see that number hold strong above 10% over the next year in order to feel as though the sharp S-Curve thesis is at play.

Nathan Worden@nathanworden09/11/2020
Author
Thanks to @stocknovice for the conversation that got me thinking more about Telehealth in terms of the adoption curve.