Dollars and Sense@dollarsandsenseJanuary 17
$23.3m follower assets
Disney Fires Back
By now many have probably heard of Restore the Magic the Nelson Petlz-spearheaded activist campaign to get Disney to change its ways. What many may not have seen is Disney's response to Peltz.
And I wouldn't blame you, with it coming in a non-de-script SEC filing it was easy to miss. So let's take a look here. 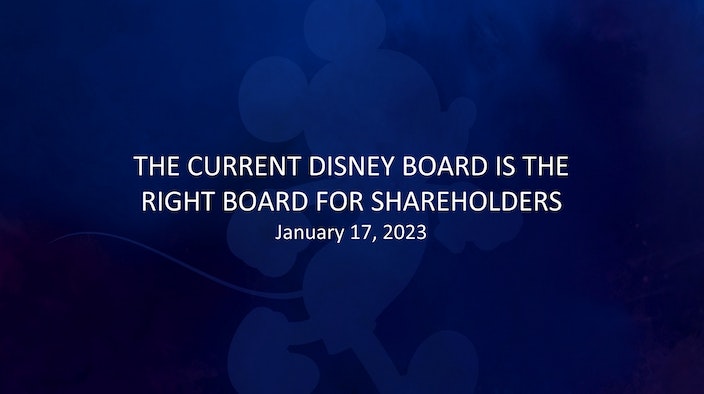 We start of strong with a slide talking about the board's achievements as well as how Mark Parker will become the new chairman along with mentioning the most recent addition Carolynn Everson (who was added by another activist Dan Loeb). 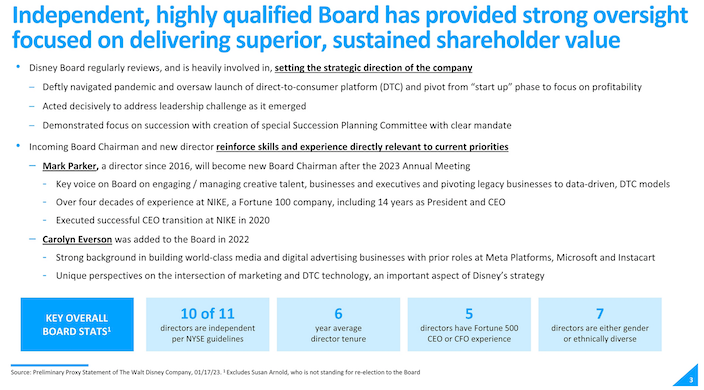 Next up is a direct shot at Peltz for his "lack of understanding Disney's business." 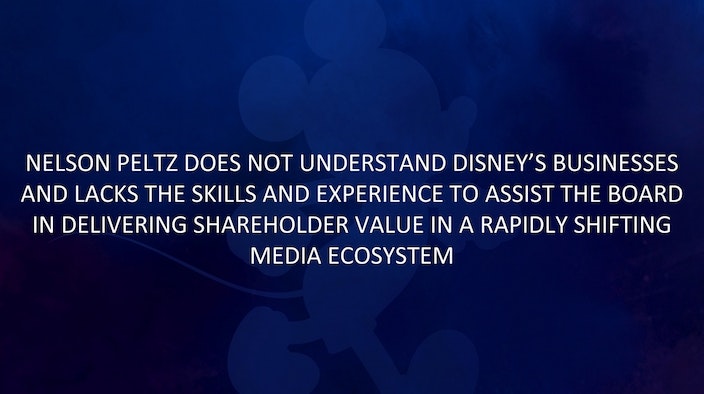 A personal favorite slide is that of Disney zooming out to Bob Iger's total performance as CEO instead of Peltzs' very narrow time frame. 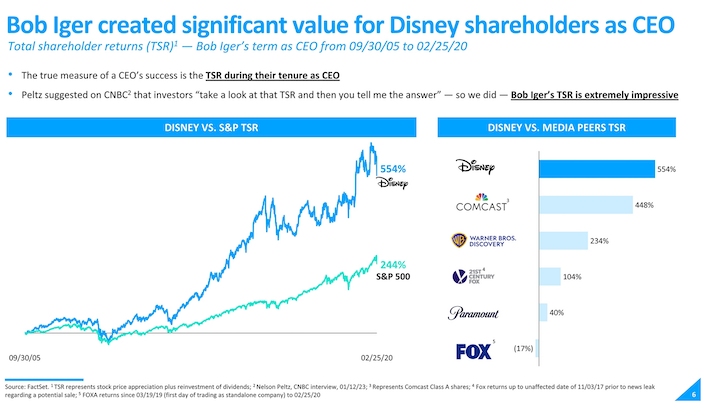 The next few slides go on about how Iger has actually created a lot of value for shareholders with acquisitions, more than any other media company. 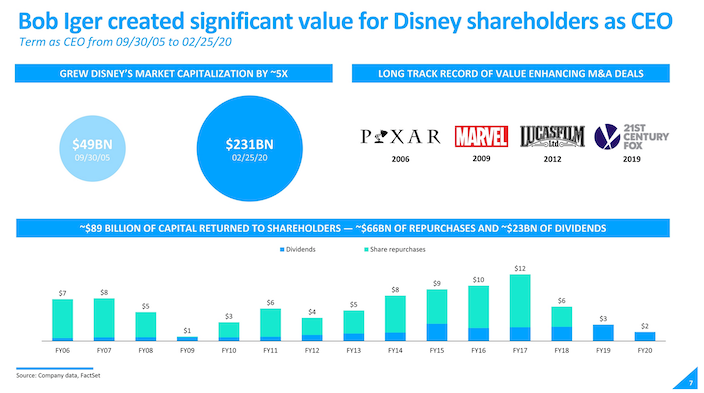 And this next slide talks about how Disney is effectively at the same net leverage as it was pre-fox deal I don't know that the point was made very well. 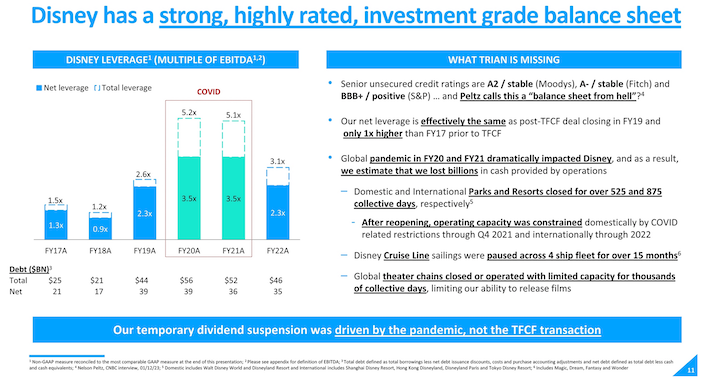 Finally, they close with another direct shot at Peltz alleging he has little to no experience guiding Media companies such as Disney and the ones he has have wildly underperformed. 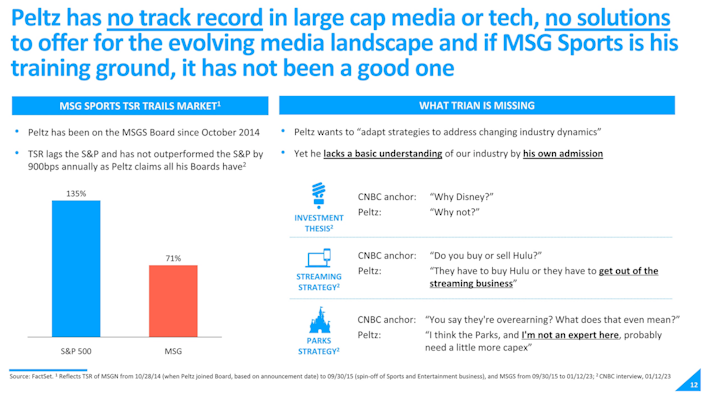 I must say this was somewhat unexpected as I don't usually see large companies respond quite like this. Very odd to see $DIS acting like this, although I can somewhat understand it. Also, feel free to read the report yourself, there are plenty of slides I didn't go over here.
I don't think this really changes my perception of Disney so much, I still think Peltz should at least get the board seat at least until Disney can show its true strength again.
www.sec.gov
DEFA14A

Christian@christian7621January 17
Iger is backed into a corner. He had to respond. The man is taking shots while legit just starting to fix things. I tend to lead on the Disney side. Peltz needs to take a chill pill. Guy hasn’t been involved in Disney that long and already has a lot to say. Can we get an earnings report and let Iger speak before we cast stones. All of this is pre mature. Come back to me after I actually hear from Iger

Joshua Simka@tomatoJanuary 20
Doused by the Mouse. I like the bit with the quotes from the CNBC interviews!

Reasonable Yield@reasonableyield3d
Just got finished reading both the reports today. Hilarious, thanks for sharing these a while back!