Paul Cerro@paulcerroSeptember 15
$36.4m follower assets
The holiday shopping season is starting earlier than ever
The trend: A large share of consumers aren’t planning to wait until they stash away their Halloween decorations before they begin shopping for the holidays. 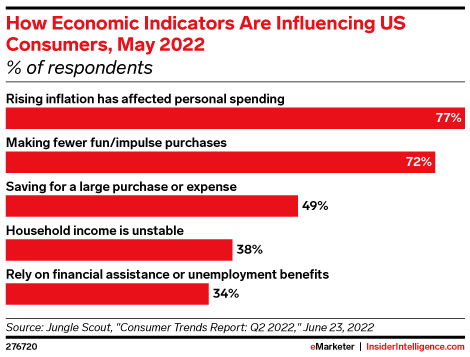 Get ready: Throughout the pandemic, many consumers began their holiday shopping early to avoid their orders arriving late, and several retailers expect those trends to continue.

Differing opinions: While many retailers are prepping for an early start to the holiday sales season, others expect consumers to revert to their pre-pandemic habits of waiting until mid- to late-November (or even December) to begin shopping.
The big takeaway: With inflation at the forefront of many consumers’ minds, retailers would be wise to try to use early promotions to pull holiday sales forward. Doing so can help them avoid further swelling their inventory while also reducing the need for the typical end-of-season mad dash to capture sales.
No comments yetBe the first to add your insight!