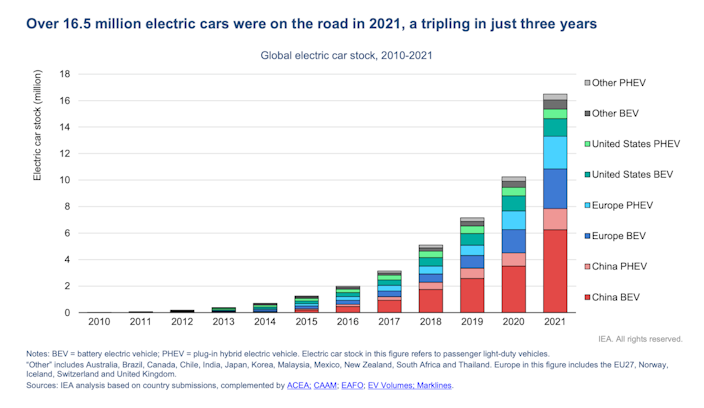 **_Electric car sales are accelerating, with China and Europe setting new records
_**
A total of 896,000 EVs were sold worldwide in June, up 66% YoY. As the biggest EV market in the world, China sold 568,000 EVs in June, accounting for 63% of the global market.
Europe sold 215,000 EVs in June. The top seven countries in Europe were Germany, France, Britain, Norway, Italy, Sweden and Belgium, which together accounted for over 80% the sales in Europe.
The United States sold just 86,000 EVs in June. 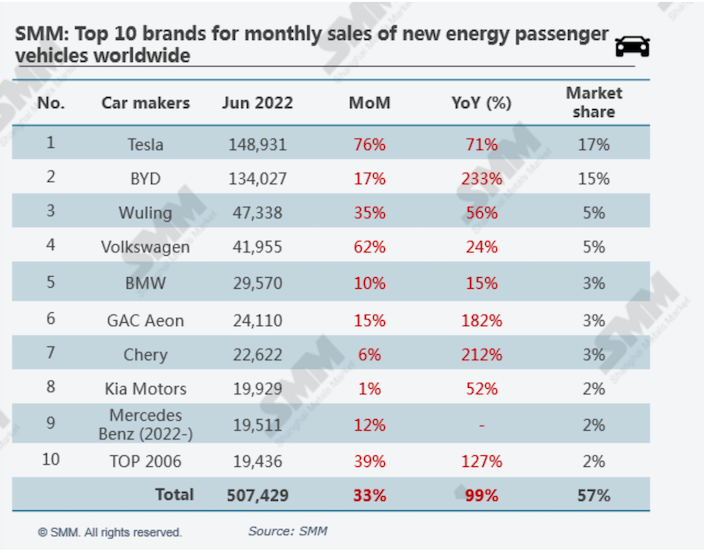 In the EV market, BYD's sales in the first half of 2022 exceeded 640,000 units, surpassing Tesla to rank first in the world.
Electric car sales continue to break records, but mineral supply constraints are looming
Sales of EV's doubled in 2021 from the previous year to a new record of 6.6 million.
This brought the total number of electric cars on the world’s roads to about 16.5 million, triple the amount in 2018. Global sales of electric cars have kept rising strongly in 2022, with 2 million sold in the first quarter, up 75% from the same period in 2021.
The success of EVs is being driven by multiple factors. Sustained policy support is the main pillar. Public spending on subsidies and incentives for EVs nearly doubled in 2021 to nearly USD 30 billion. A growing number of countries have pledged to phase out internal combution engines or have ambitious vehicle electrification targets for the coming decades. Meanwhile, many carmakers have plans to electrify their fleets that go further than policy targets. Finally, five times more new EV models were available in 2021 than in 2015, increasing the attractiveness for consumers.
The rapid increase in EV sales during the pandemic has tested the resilience of battery supply chains, and Russia’s war in Ukraine has further exacerbated the challenge. Prices of raw materials such as cobalt, lithium and nickel have surged.
In May 2022, lithium prices were over seven times higher than at the start of 2021. Unprecedented battery demand and a lack of structural investment in new supply capacity are key factors. 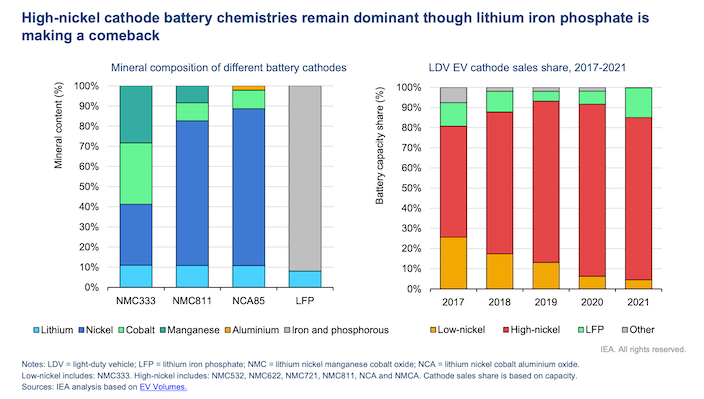 There are other variables affecting demand for minerals. If current high commodity prices endure, cathode chemistries could shift towards less mineral-intensive options. For example, the lithium iron phosphate chemistry does not require nickel nor cobalt, but comes with a lower energy density and is therefore better suited for shorter- range vehicles. Their share of global EV battery supply has more than doubled since 2020 because of high mineral prices and technology innovation, primarily driven by an increasing uptake in China.
Innovation in new chemistries, such as manganese-rich cathodes or even sodium-ion, could further reduce the pressure on mining. Recycling can also reduce demand for minerals. Although the impact between now and 2030 is likely to be small, recycling’s contribution to moderating mineral demand is critical after 2030.

In 2021, several major automakers have announced plans to accelerate the transition to a fully electric future by developing new product lines as well as converting existing manufacturing capacity.
Key examples include: 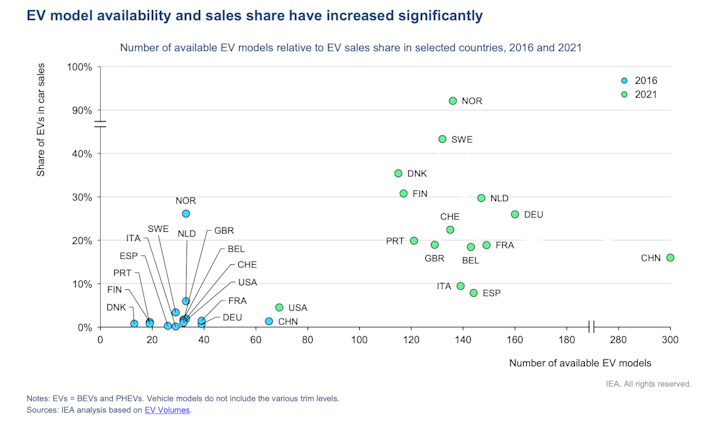 The five key battery materials are lithium, nickel, cobalt, graphite and manganese.
LITHIUM
Lithium is extracted from two very different sources: brine or hard rock. Lithium brines are concentrated salt water containing high lithium contents and are typically located in the high elevation areas of Bolivia, Argentina and Chile in South America with Chile being the largest producer. Lithium hard rock (spodumene) is primarily mined in Australia.
Lithium is the most critical metal for EVs as it has no commercially available substitute at scale. Therefore, it experiences the fastest demand growth of the battery metals. Practically, all of the increase in demand for lithium to 2030 is projected to come from EV batteries in both scenarios.
NICKEL
Nickel is found primarily in two types of deposit – sulphide and laterite. Sulphide deposits are mainly located in Russia, Canada and Australia and tend to contain higher grade nickel. It is more easily processed into Class 1 battery-grade nickel. Laterite, however, tends to contain lower grade nickel and is mainly found in Indonesia, Philippines and New Caledonia.
By 2030, nickel is facing the largest absolute demand increase as high-nickel chemistries are the current dominant cathode for EVs, and are expected to remain so.
COBALT
Cobalt is predominantly mined as a by-product of copper or nickel mining. Over 70% of cobalt is produced in the Democratic Republic of Congo (DRC) and Glencore (Switzerland) is the largest global producer. Artisanal and small-scale mining is responsible for 10 – 20% of cobalt production in the DRC.
GRAPHITE
Graphite is the dominant anode material and can be found naturally or produced synthetically. Natural graphite mining is dominated by China (80%), though global production is becoming more diversified, with many greenfield graphite mining projects being developed including in Tanzania, Mozambique, Canada and Madagascar.
MANGANESE
Manganese resources are more widely distributed around the world than the other battery metals and remain available at relatively low cost. There is a general expectation that there will not be an ore shortage in the near term. The leading producers of manganese ore include South Africa, Australia, Gabon and China. 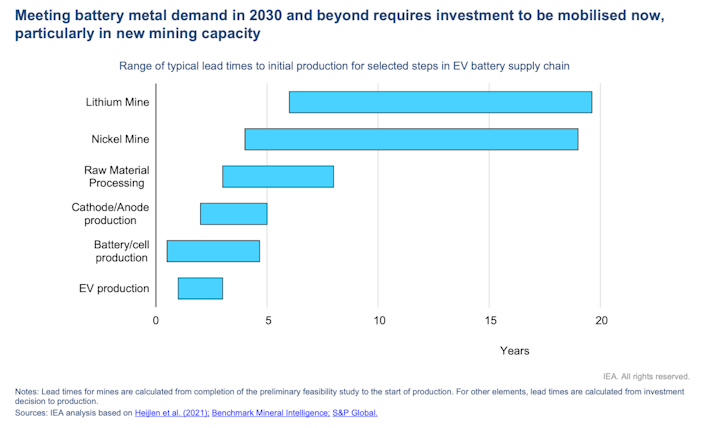 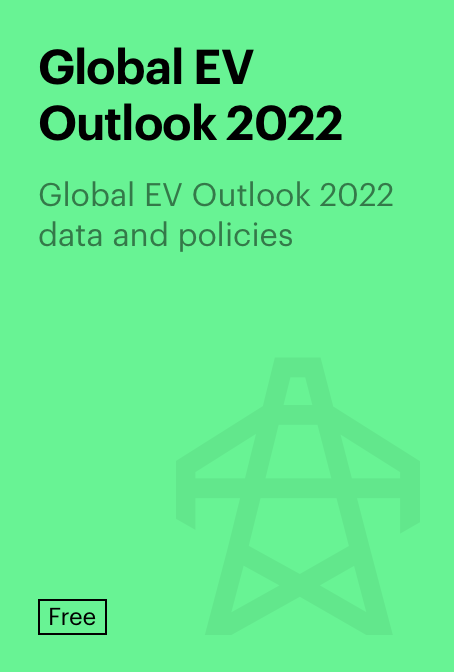