Dissecting the Markets@dissectmarketsJuly 26
$20.5m follower assets
Huntington Ingalls Industries $HII is an underrated defense pick
Huntington Ingalls Industries is the largest military shipbuilding company in the United States.
The company has been receiving less love from investors as the federal government has slowed defense spending for the Navy. Meanwhile, the defense contractors that produce fighter jets, drones, rocket launchers, and other sophisticated military tech like $NOC $LMT $RTX have received immense enthusiasm from investors.
With the war in Ukraine happening, Huntington Ingalls Industries has missed out on the defense spending spree because the US isn't giving military ships to the Ukrainian military.
One thing I like about this company is that it has development, construction, and logistics all within the company. Because of this, it has more control of its supply chains. The company won't have to deal with the mark-ups that third parties provide for those services.
Recently, the company has been receiving a couple of contracts from the government ranging from more shipbuilding contracts to developing electromagnetic spectrum contact. While those contracts are small in size, the company requires a higher frequency of contracts in order to create meaningful revenue growth.
One issue that comes with investing in a navy shipbuilding business is that the Pentagon is struggling to come up with a consensus on how many ships they actually want to build and on what type of ships to build. The politics and the lack of progress in approving larger navy shipbuilding projects is why many are hesitant to invest in $HII.
One of the reasons I was bullish on this stock was that I saw it as a play for the rising tensions in the South China Sea. According to Newsweek, China's military buildup is described as more ambitious than during World War Two. Meanwhile, Taiwan has seen a surge in ADIZ violations since 2020. With US House Speaker Nancy Pelosi's planned visit to Taiwan fueling tensions in the region, the chances of a Chinese invasion of Taiwan continue to grow.
A war in Taiwan will create immense demand for the building of naval vessels. The US will need more ships to send to help Taiwan in the face of a Chinese invasion. At the same time, the US military is stretched thin as it has many military bases globally that need protection. It wouldn't leave its bases sitting empty with no naval fleet protecting it even while China would be attacking Taiwan.
Outside of the possible invasion of Taiwan, the US could be looking at expanding its navy since China already has the largest navy in the world.
Another bull case for $HII would be that the Navy is looking to reduce its own emissions by going electric. The shipbuilding company can design and produce electric ships that can help the Navy reduce its emissions and make the military more environmentally friendly. Considering that President Biden is a big supporter of going green, I wouldn't be surprised to see him approve a big spending bill that would promote the production of electric ships for the Navy.
Overall, I think that Huntington Ingalls Industries $HII deserves more attention from investors. 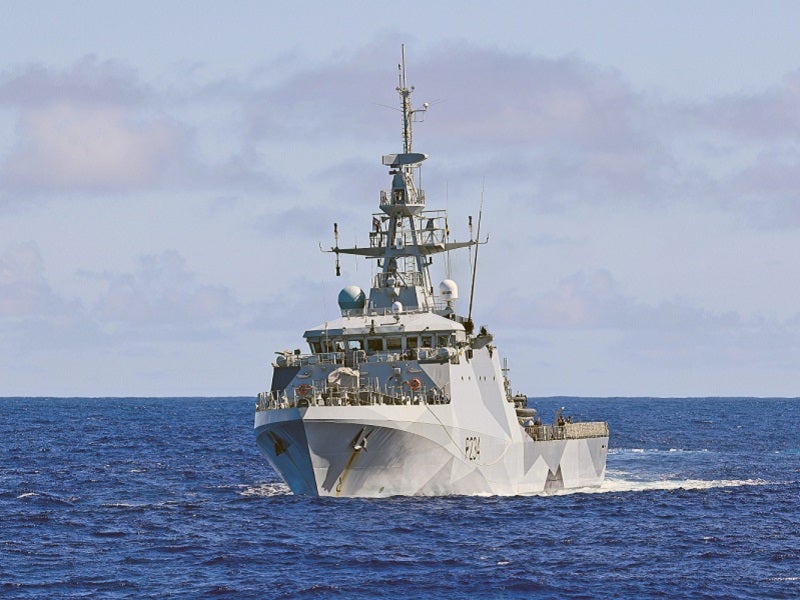 The future fleet: navies and the move to net zero
Navies are realising the importance of reducing emissions with national reputations an increasingly influential factor.
Naval Technology
No comments yetBe the first to add your insight!