Nathan Worden@nathanworden10/26/2020
$332.7m follower assets
Are PE Ratios too high?
A couple of days ago an observation about PE ratios was made in a group channel I moderate that I thought was worth an expanded answer:
Observation from a group member:
"The PE ratio of everything is too high. The PE Ratio of the S&P500 is around 34. 'The Intelligent Investor' by Benjamin Graham says that you should never, never invest in a stock with a PE Ratio above 25"
Here is my response:
While people should be wary of overpaying for stocks, one thing to keep in mind about Ben Graham and "The Intelligent Investor" is that his idea of how to value companies was shaped by how the Great Depression almost destroyed him. It left him with an aftermath of fear for the rest of his life, and all his methods were designed to keep that at bay.
The crash of October 29th 1929 was hard on Graham, and then the bigger crash in 1932 was even more devastating, completely unexpected, and the worst in the twentieth century. It drove stocks down by 89%.
To protect himself in the future, Graham developed the concept of the margin of safety, a quantitive approach to valuation that he adapted out of bond analysis and the fear of bankruptcy. He looked for companies that were selling on a per share basis for less than their book value. He did this so even if the stock market crashed, the company's intrinsic value would eventually pull the stock price back up. 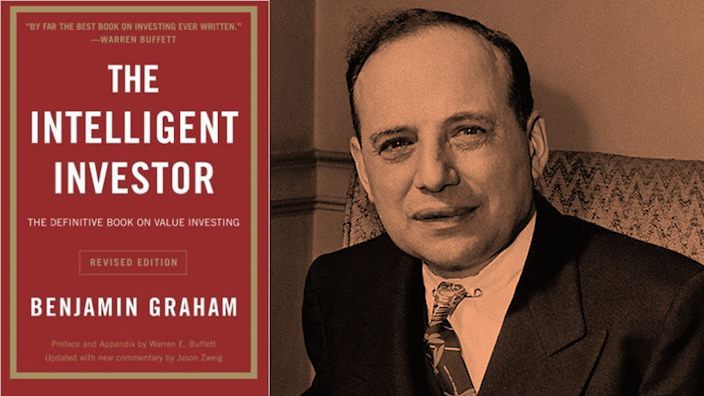 Where this hurt him was that his system required him to sell an investment once it reached its "intrinsic value". There was no such thing as holding a stock for thirty or forty years.
His investment philosophy was designed to make him money and to protect him from losses, but it also stopped him from ever benefiting from the compounding effect that a great business can generate over a period of ten, twenty, or more years.
Warren Buffett and Charlie Munger learned directly under Graham, and while they were heavily influenced by him, they put their own spin on their investing and didn't adhere to P/E rules as closely as Graham did. (Mostly when it came when it was time to sell. Buffett and Munger would hold longer than Graham ever would).
This isn't an argument that "This time its different," only some extra context as to where the Graham rule you mentioned comes from:
"The intelligent investor book says that you should never never invest in a stock with a PE Ratio above 25"
Warren and Munger did a pretty good job of following this rule, but they broke it because they would hold businesses that went above a 25 PE ratio.
You could make an argument today that changing times, a more friendly macro environment from the fed, more disruptive technology, more predictable recurring revenues, and the higher involvement of retail traders justifies some adjustments to the 25 PE ratio rule.
I'd love to hear from anyone else on CommonStock- are you worried about high P/E ratios currently?

Jeanette Gonzalez@jeanettegonzalez10/26/2020
Ok I will admit i don’t know what a P/E ratio is. Maybe explain it in your next memo?

Nathan Worden@nathanworden10/26/2020
Author
P/E ratios are used to determine the relative value of a company's shares compared to other companies. But yes, I can go into more detail in a future memo.

Kent Goldman@kentgoldman10/26/2020
For high growth companies, I also like considering the P/E/G ratio.

Nathan Worden@nathanworden10/27/2020
Author
Agreed, P/E/G is a good way to try and factor in the companies growth:

Allan Oloo@olooa11an10/27/2020
@nathanworden I appreciate your well written memo’s that you share. They have been an immense value to me. Would it be possible to share what your investment thesis and goals are with your portfolio? I am not sure if you have covered this topic in past. But I would love hear more about your mental models when it comes to your investments. Thanks again for your value to the platform.

Nathan Worden@nathanworden10/27/2020
Author
Thanks Allan!
Great idea, I'll put out a memo in a bit on that!