Benjamin Buchanan@01core_benMay 5
$6.5m follower assets
New post I'm working on, quite a bit different than other posts, titled "In Defense of Social Media"
This is still very much a work in progress. If anyone has criticisms or anecdotes, pro or con social media, I'd love to hear them.

I first met 90-year-old WWII veteran Bradley Marsh (name changed to preserve privacy) in 2016. We met on Facebook.
Bradley was one of the last surviving soldiers of the Higgins Boat (pictured below) invasions of the Japanese Islands. He was part of the US Marine Corps, and his regiment suffered casualties in excess of 50% during just one of the two invasions in which he partook. His many accomplishments include authoring, fighting for, and seeing passed a bill that extended women’s rights by allowing them to sit on Juries – a right which had been withheld in many places even after they won the vote. 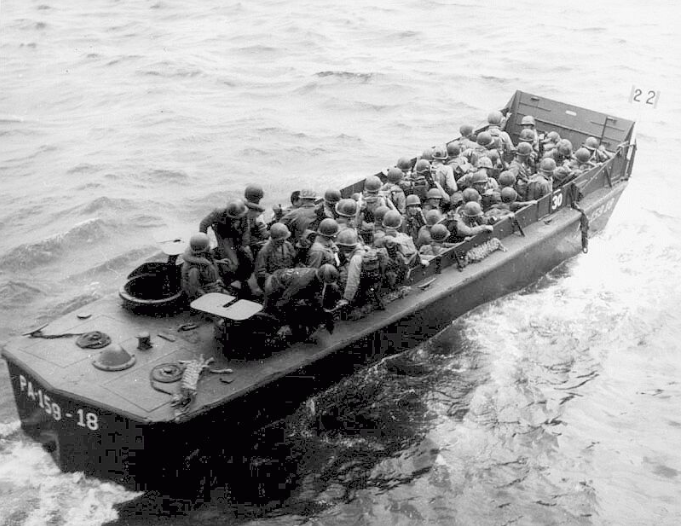 Bradley resided in an assisted living facility and was confined to a wheelchair. I met Bradley because he and my grandmother – 88 in 2016 – had “gone steady” as teenagers. They married other people and lived different lives, rarely speaking except to exchange Christmas cards and check-in every few years. But they outlasted all of their classmates, friends, and siblings. This led to a re-kindling of their friendship, which became deeply meaningful to both of them for the last five years of Bradley’s life.
In addition to what became bi-weekly phone calls and even more frequent emails (which my grandmother did manage on her own), Bradley – who was quite savvy on an iPad – posted on Facebook. He favored four types of posts: 1) Old pictures of family and friends; 2) Stories about heroic veterans; 3) Funny memes; and 4) Poems that he wrote himself.
This is how I and many members of my family came to know him. He knew my grandmother was not on Facebook and had no intention of ever joining. So, he would send her emails of his “best hits” of the week, describing what she had missed and outlining what she needed to ask one of us to show her. We did this for nearly five years. When Covid hit and Bradley was forced to isolate from his family he became a truly prolific poster, and it became a near daily routine for someone in my family to keep her apprised of Bradley’s Facebook activities.
At the same time, my grandmother loved to regale Bradley about the goings-on of her own children and grandchildren. I started getting regular notifications that someone had liked or commented on a photo I had posted years ago. Inevitably, it was Bradley. While they never had a chance to see each other again, Facebook allowed them to share a deep, immersive, and visual connection in the last years of their lives.
This is one of the things I think about every time Marc Benioff compares social media to smoking cigarettes.
In the rest of this post, topics I'm debating including are:

Joey Hirendernath@joeyhirendernathMay 5
Look forward this this

Conor Mac@investmenttalkMay 5
This is going to be awesome, can already tell.

Joshua Simka@tomatoMay 6
Lovely! There are positives and negatives to almost everything in this world.