Carter Kilmann@carterkilmannJanuary 6
$16.5m follower assets
In 2023, I'm narrowing my scope to follow a simple investment theme: follow the money.
And who controls the most money? The government.
If Uncle Sam wants something to succeed, he has the power to throw ludicrous sums at the problem until it’s resolved. With that in mind, we’ll dive into industries that stand to benefit from public policies over the next decade. For instance, under the Bipartisan Infrastructure Law, the US Department of Energy recently awarded $2.8 billion to a portfolio of 21 projects for the development of domestic battery facilities.
One of those recipients was Piedmont Lithium ($PLL), a lithium-mining startup that just upped its annual delivery to Tesla on Tuesday. 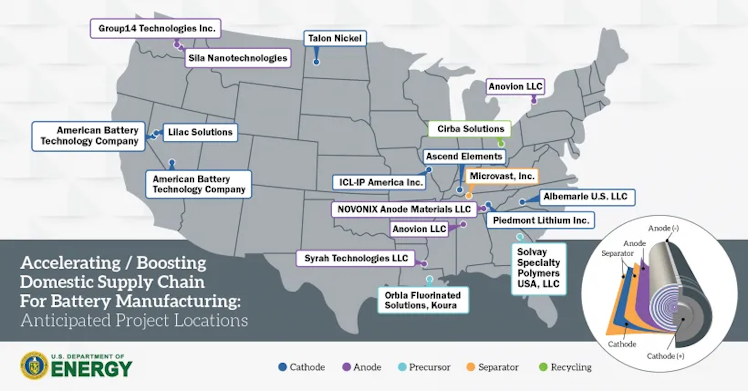 Piedmont Lithium and Tesla Amend Offtake Agreement
Electric vehicles run on rechargeable batteries. Those batteries are composed of a variety of metals, such as nickel, cobalt, possibly manganese — and lithium.
While it’s a small component in the typical EV battery (roughly 10% by weight), it’s critical nonetheless. So, it’s no surprise that lithium demand is expected to greatly outpace supply in the coming years, supporting all-time-high prices for this metal.

In September 2020, Tesla reached an agreement with Piedmont Lithium for roughly 53,000 metric tons of spodumene concentrate (high-purity lithium ore) each year through the end of 2025 (with an option to renew for another three years). Now, that annual delivery is up to 125,000 metric tons.
Here’s commentary from Piedmont Lithium President and CEO Keith Phillips via a press release:
"The electric vehicle and critical battery materials landscape has changed significantly since 2020 and this agreement reflects the importance of — and growing demand for — a North American lithium supply chain. This agreement helps to ensure that these critical resources from Quebec remain in North America and support the mission of the Inflation Reduction Act to bolster the U.S. supply chain, the clean energy economy, and global decarbonization.”
Piedmont Lithium has economic interests in lithium mines in Canada and Ghana, which are its current sources of spodumene concentrate. That said, not all lithium is created equal; this ore still needs to be refined further and converted into lithium hydroxide. The company is in the process of developing facilities in Tennessee (estimated completion in 2025) and North Carolina (2026) that will do just that.
The US isn’t exactly a world leader when it comes to lithium production — it’s eighth behind a host of other countries, notably Australia, Chile, and China.

Perhaps Piedmont Lithium will help close the gap. Add PLL to the watchlist.
Originally published via the Due Diligence newsletter.
www.stockduediligence.com
A mining startup worth watching: Piedmont Lithium
Can PLL rejuvenate the US lithium industry?
No comments yetBe the first to add your insight!