Nathan Worden@nathanworden09/08/2020
$332.7m follower assets
Contrast Bias
Which of these grey circles is darker?
Most people would say the grey circle on the left side is darker. However, both are the exact same hexadecimal color (#C4C4C4). 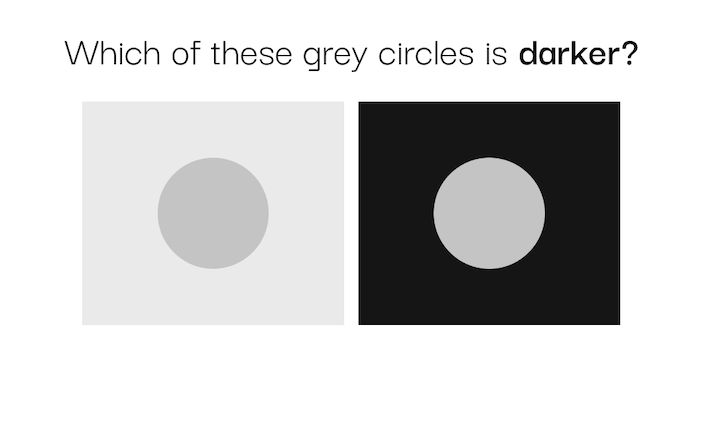 This is an illustration of contrast bias, which is present not just with visuals, but also with emotional stimuli.
Your brain has to make use of the enormous volume of incoming information and then quickly make sense of the surrounding environment.
The simplifying process our brain uses to achieve coherence is very effective. It allows us to rapidly make accurate estimations, and yet sometimes it also leads us to make mistakes.
Since the mistakes are made because of how we process information, they are committed by the majority of people and in a variety of situations, whether the person is an expert or a novice.
A given action will be perceived as being more (or less) severe when it is presented in a context in which lesser (or more) severe actions have recently been encountered.
Investing Example: 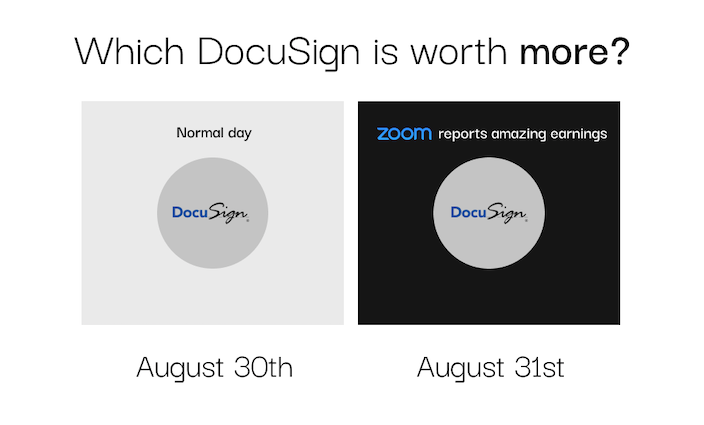 One day shouldn't change a lot about the value of a company, but DocuSign saw its shares increase by 20% the day after Zoom reported amazing earnings.
Zoom had business fundamentals backing up its repricing, but DocuSign moved as well because of the contrast in "context" that was the success of another work-from-home stock.
DocuSign wasn't scheduled to report their own earnings until September 3rd. Once they reported they dropped back down to essentially the same price they were before. 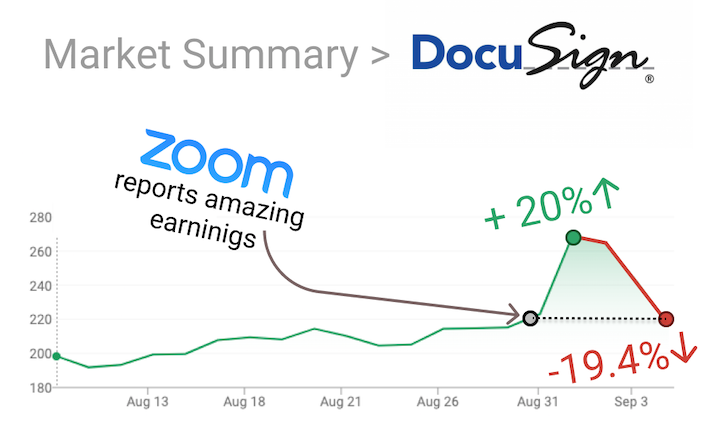 Understanding context bias is important for long term investors because it can help you steady your emotions during volatility.
I'm not advocating for trying to use contrast bias to speculate when a stock will go up or down, but more highlighting it as a possible reason in retrospect for big moves in stocks that you own.
In the short term stocks can get pulled around by contrast bias, but this gets smoothed out over the long run.
No comments yetBe the first to add your insight!